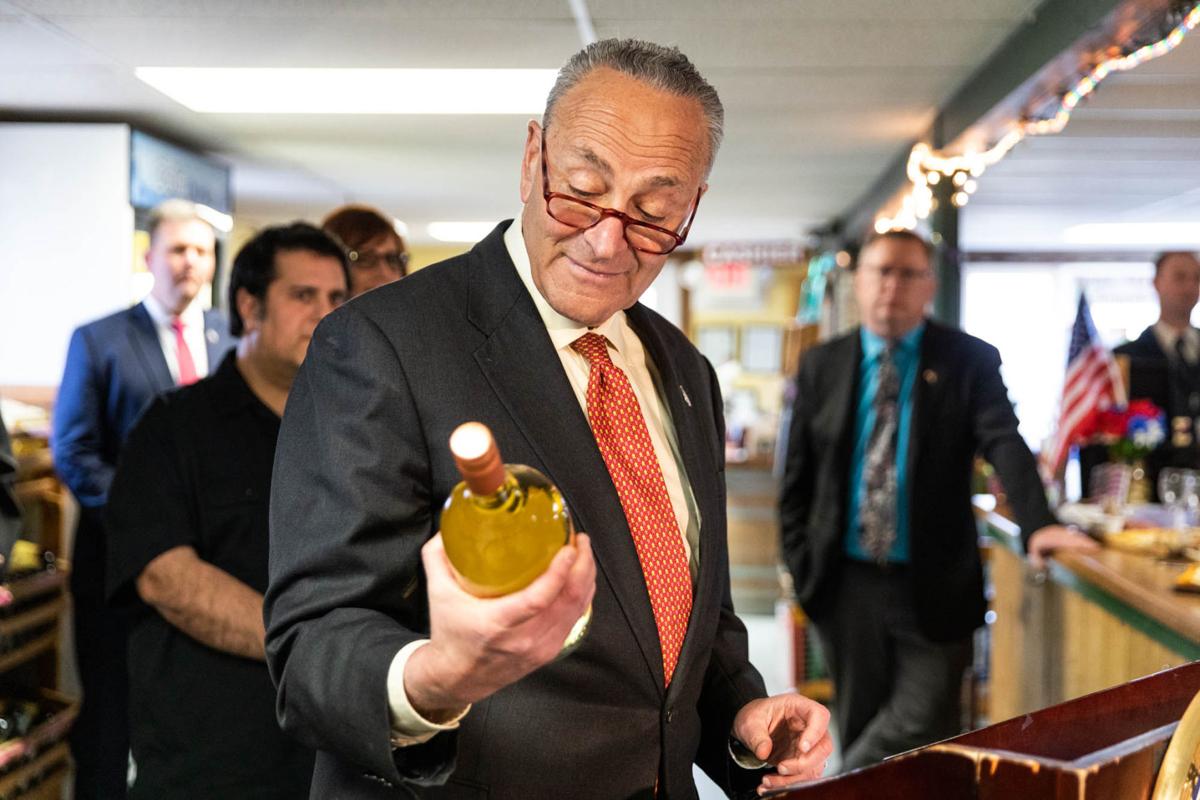 U.S. Sen. Charles E. Schumer, D-N.Y., picks up a bottle of New York Wine Slushy, made by Thousand Islands Winery, during a news conference in March at the winery in Collins Landing. Sydney Schaefer/Watertown Daily Times 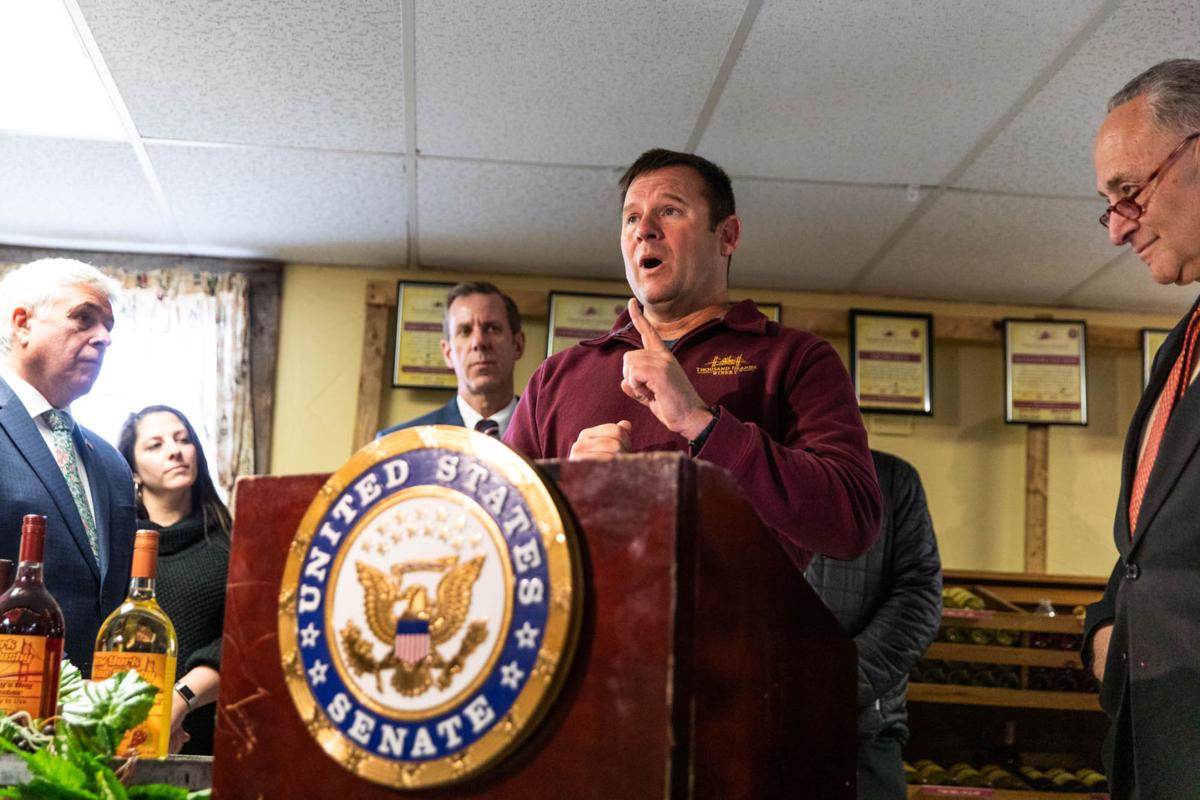 U.S. Sen. Charles E. Schumer, D-N.Y., picks up a bottle of New York Wine Slushy, made by Thousand Islands Winery, during a news conference in March at the winery in Collins Landing. Sydney Schaefer/Watertown Daily Times

Despite a push from U.S. Sen. Charles E. Schumer, D-N.Y., and north country wine makers, Ontario will not reduce its fees on U.S. wine imports as part of a new trade deal between the U.S., Canada and Mexico.

When trade officials were crafting the United States-Mexico-Canada Agreement, the Senate minority leader saw an opportunity to “level the playing field” between the U.S. and Ontario on wine import fees, thus expanding the opportunity for U.S. vintners to sell to Canadian consumers. Sen. Schumer’s office previously claimed that New Yorkers can bring one bottle of Canadian wine across the border duty-free, then pay 27 cents per bottle of wine afterward, but Canadians bringing U.S. wine back into Ontario pay enough provincial and federal fees to raise the cost of a single bottle of wine by 60 to 130 percent of its retail value.

U.S. Trade Representative Robert Lighthizer, however, informed Sen. Schumer that he could not address a provincial tax from Ontario in the new trade agreement because it only applies to national regulations on imports and fees, according to the senator’s office. The trade deal includes a side letter discussing how British Columbia can no longer bar imported wines from regular grocery store shelves as a result of talks between the two countries, but according to Sen. Schumer’s office, that issue was resolved through the World Trade Organization.

“Senator Schumer still believes more than ever that these restrictive Canadian import polices are putting Thousand Island wineries at a competitive disadvantage and will continue the fight to change this biased and unfair trade policy,” wrote Allison Biasotti, a spokeswoman for the senator, in a statement. “The senator will explore every available avenue to level the playing field for north country and other New York wineries.”

The Senate minority leader announced his demand for lower Ontario fees on U.S. wines in March at the Thousand Islands Winery while surrounded by dozens of north country wine makers and local officials.

Steven J. Conaway, who owns Thousand Islands Winery, Collins Landing, said by not remedying the issue through the new trade deal, vintners like him who operate near Canada will still struggle to sell wine to Canadian customers residing within miles of the border. Canadian consumers from all provinces face steep taxes and fees when trying to bring U.S. wine back into their home country, Mr. Conway said, presenting a challenge to U.S. wine makers in all states along the northern border.

“It’ll just be a one-way flow,” he said. “If you’re on the American side of the border, you can only sell to Americans.”

“It takes us from basically being a regional brand into becoming a national brand,” he said.

Jay M. Matteson, agricultural coordinator for Jefferson County Economic Development, said he was not surprised when he learned the trade representative could not convince Ontario to reduce its fees on U.S. wines through the trade deal, but was disappointed all the same. Mr. Matteson said he thanked Sen. Schumer for his effort, and hopes he and other elected representatives can eventually work together to tackle the issue.

“It’s a battle to try to get that changed,” he said. “It’s unfair, and we’d like to be a partner in trade — cross-border trade — and this is something that needs to be straightened out.”