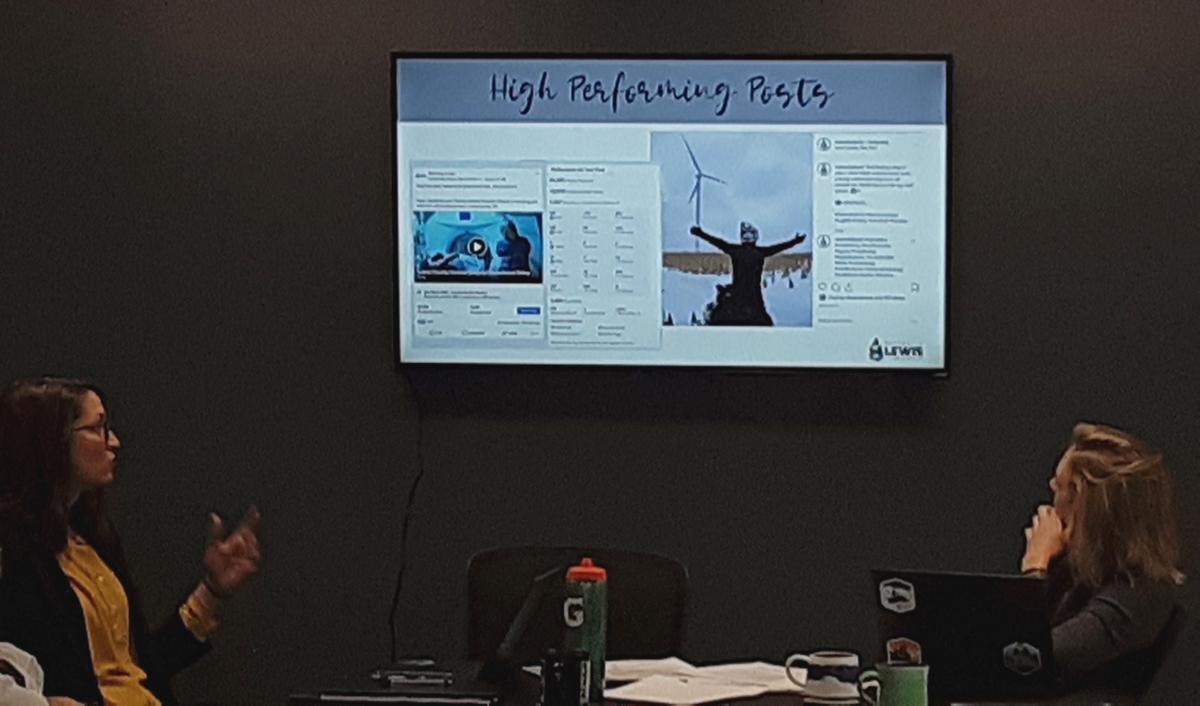 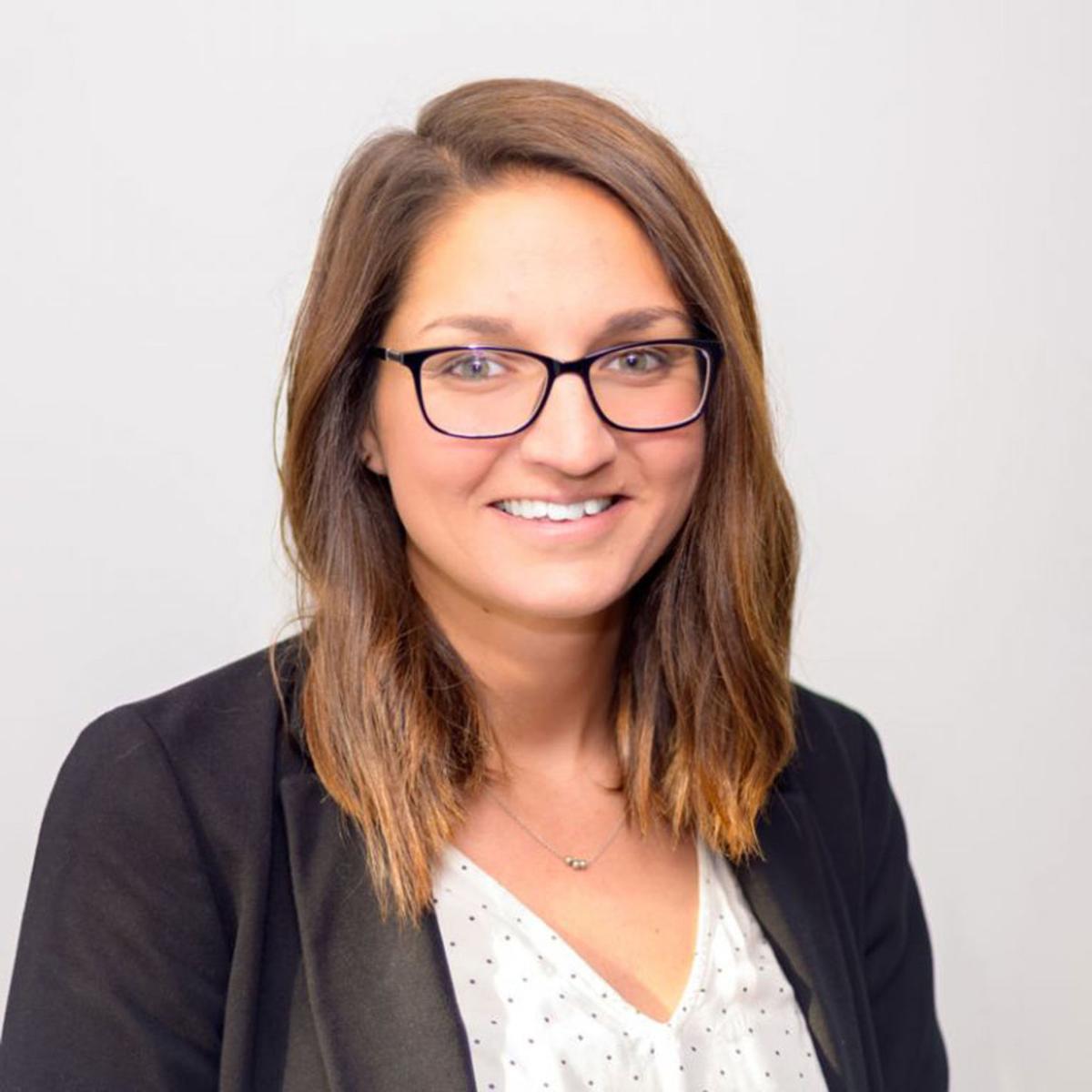 Lewis County Industrial Development Agency Marketing Specialist Brittany Davis was promoted to interim director on Thursday morning to fill the position to be left by Eric Virkler at the end of the year when he takes on the role of county treasurer. Photo provided 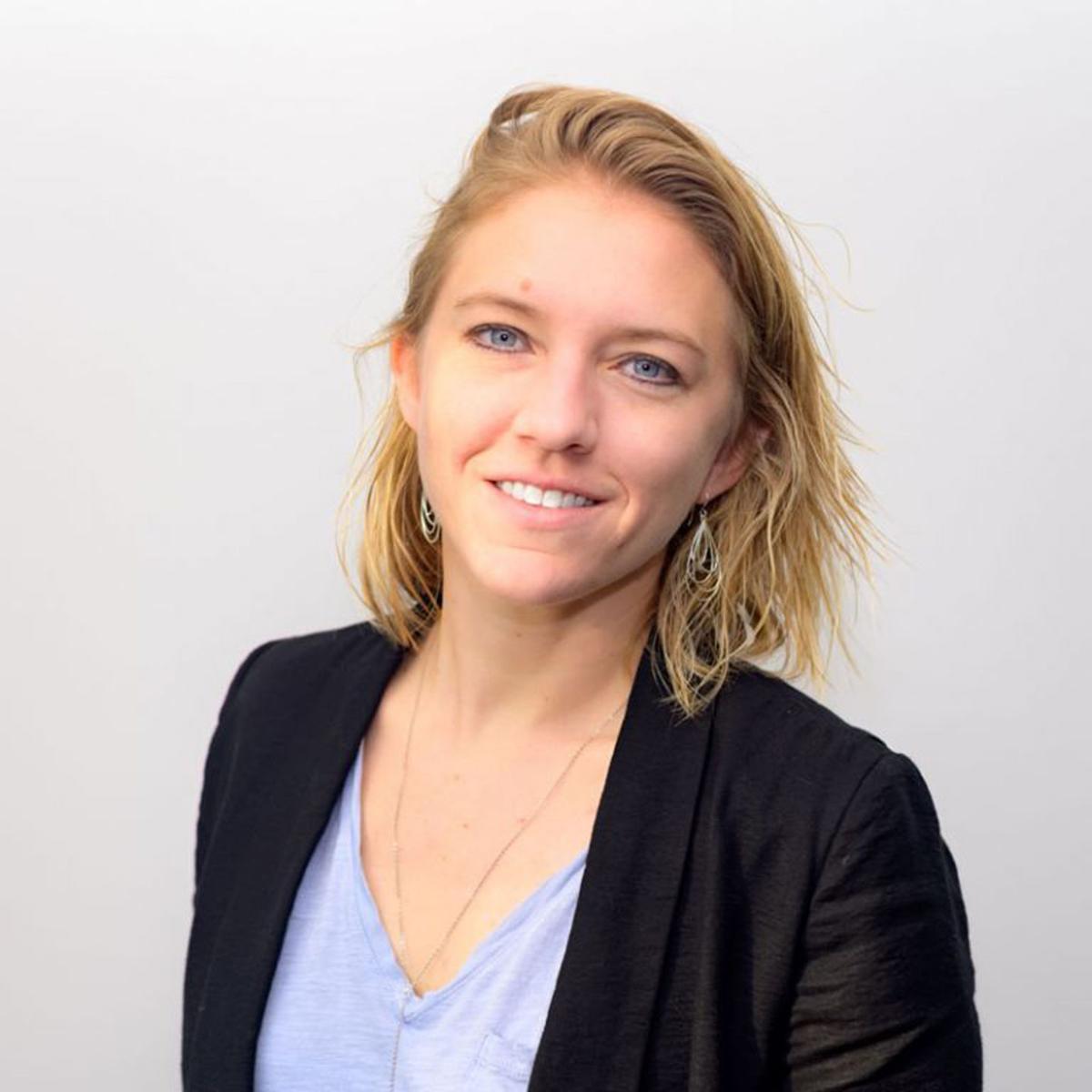 Cheyenne Steria, Lewis County Industrial Development Agency finance technical specialist, was appointed as the secretary-treasurer for the agency’s board of directors in their meeting Thursday morning. She will be taking over from director Christina Schneider, who officially announced her resignation. Photo provided

Lewis County Industrial Development Agency Marketing Specialist Brittany Davis was promoted to interim director on Thursday morning to fill the position to be left by Eric Virkler at the end of the year when he takes on the role of county treasurer. Photo provided

Cheyenne Steria, Lewis County Industrial Development Agency finance technical specialist, was appointed as the secretary-treasurer for the agency’s board of directors in their meeting Thursday morning. She will be taking over from director Christina Schneider, who officially announced her resignation. Photo provided

LOWVILLE — Economic development organizations in Lewis County are on the cusp of many changes in the next few months, starting with some significant upward shifts for current Industrial Development Agency staff members.

Mrs. Davis has been in her current position for about 3½ years, primarily focused on promoting the county’s brand, Naturally Lewis, and small business development. She also works with the county Leadership Academy, the Emerging Professionals group and was the originator of the popular Food Truck Fridays.

Selected as one of NNY Business Magazine’s “20 Under 40” last year, she has said in past interviews that she views current IDA Executive Director Eric Virkler, who introduced her to the world of economic development, as her mentor.

In November, Mr. Virkler was elected the county treasurer and will officially work his last day on Dec. 31, although the hand-over will begin on Dec. 23 when Mrs. Davis effectively becomes the interim director.

Recruitment for the executive director position is expected to begin as soon as possible with the job listing and continue until mid-January. IDA board member and Lewis County Health System Chief Executive Officer Gerald Cayer said because it could take another few months before someone is chosen and ready to fill the position, an interim director is necessary.

Although Mr. Virkler is leaving the IDA, there was concern by some board members and those attending the meeting that should they want to consult with him about IDA matters, it would violate the organization’s Code of Ethics, which calls for a two-year prohibition “from appearing or practicing before the LCIDA” after leaving the agency’s employ.

“Let’s be honest, Eric’s about to be treasurer. He’s not allowed to appear or practice or participate [with IDA matters] for two years? What are we trying to say?” County Manager Ryan Piche asked the board. “How strictly are we going to interpret this?”

Although many of those present agreed with Mr. Piche’s concern, not all board members saw the required separation as a setback.

“I actually think we should have that two-year window,” Mr. Cayer said. “I think it protects not only the organization but the individual. I don’t think it’s fair to Eric after Dec. 31, from an LCIDA perspective, to bring him in or to call on him to consult. There needs to be a healthy separation.”

Mr. Cayer, who is on the governance committee, did acknowledge that the IDA team may have questions for Mr. Virkler in his new role as treasurer, which wouldn’t violate the code. However, any questions or requests for insights or opinions on IDA matters would cross the line.

“I don’t know what everyone else was thinking, but if Brittany calls and asks questions or I sit with her to go over some things, well, I don’t see that as a problem,” Mr. Virkler said later in the day as an example of the situations that may arise that he feels are acceptable.

Questions also arose surrounding departing board members who may start a business venture within two years and want to come to the IDA for a grant or a loan.

That situation, too, had clear lines from Mr. Cayer’s understanding. What would matter, he said, is whether or not the former staff member or director had insider knowledge of the loan or grant program from their time working with the IDA. If not, the former IDA member would be free to apply.

Ultimately, the board’s legal counsel suggested including language that would allow the board to override the two-year clause with a unanimous vote if certain clearly defined conditions are met.

The governance committee, which has been reviewing and updating various IDA policies, will meet to craft those conditions and rewrite the rule at its next meeting.

“We’re a small community and it’s ‘all hands on deck’ to continue moving the county forward. I would hope there’s still a role for Eric in development,” Mr. Piche said later in an interview.

In another significant change, Finance Technical Specialist Cheyenne Steria was appointed the board’s secretary-treasurer, replacing board member and current secretary-treasurer, Christina Schneider, who officially resigned as director at the meeting, although the board has known she would be leaving for months. With “some adjustments” to make clear the separation of duties between the treasurer and the accountant for the board, Mrs. Steria will remain in her current role while taking on the additional responsibilities.

Mrs. Schneider is the vice president of Purcell Construction Corporation and has served on the IDA board since 2014.

The open seat left by Mrs. Schneider will be filled by someone appointed by the county board, for which Mr. Virkler said four applications were received.