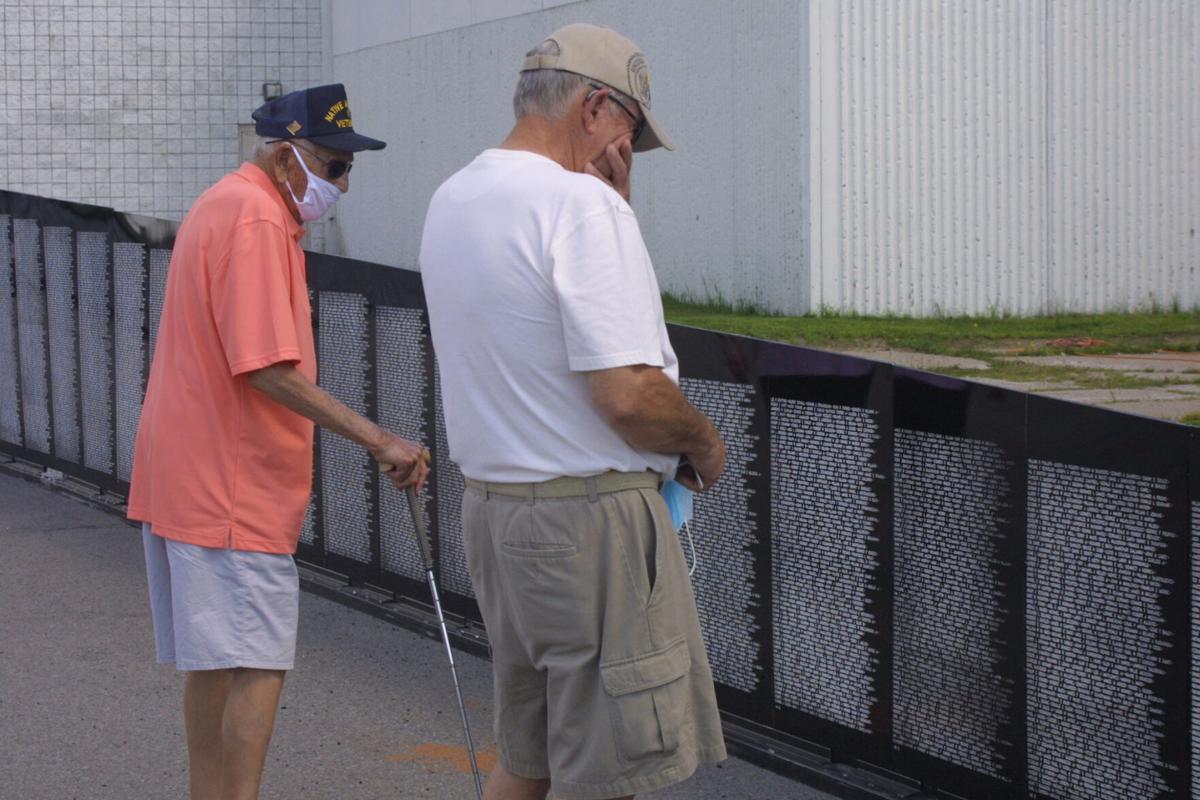 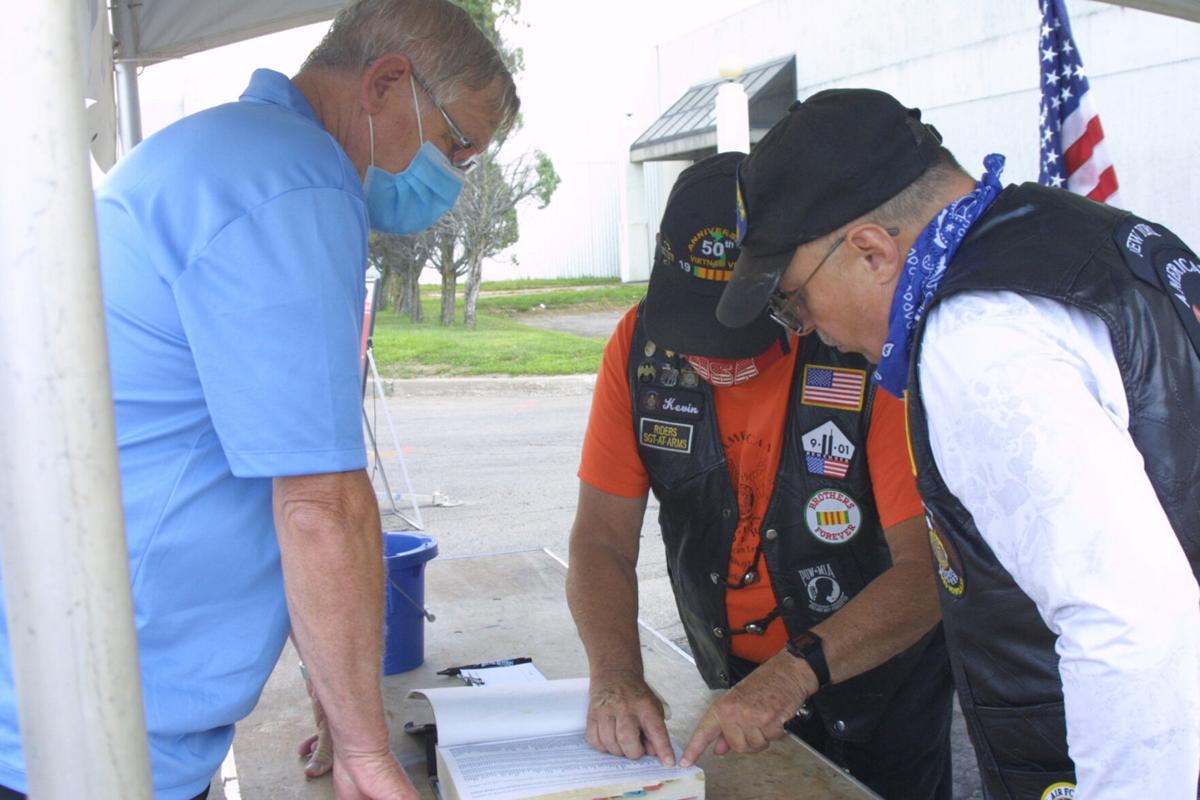 A three-ring binder contains all of the names that are inscribed on the Vietnam Traveling Memorial Wall and where they can be located. The wall will be at the St. Lawrence Centre mall until Monday morning. Bob Beckstead/Watertown Daily Times 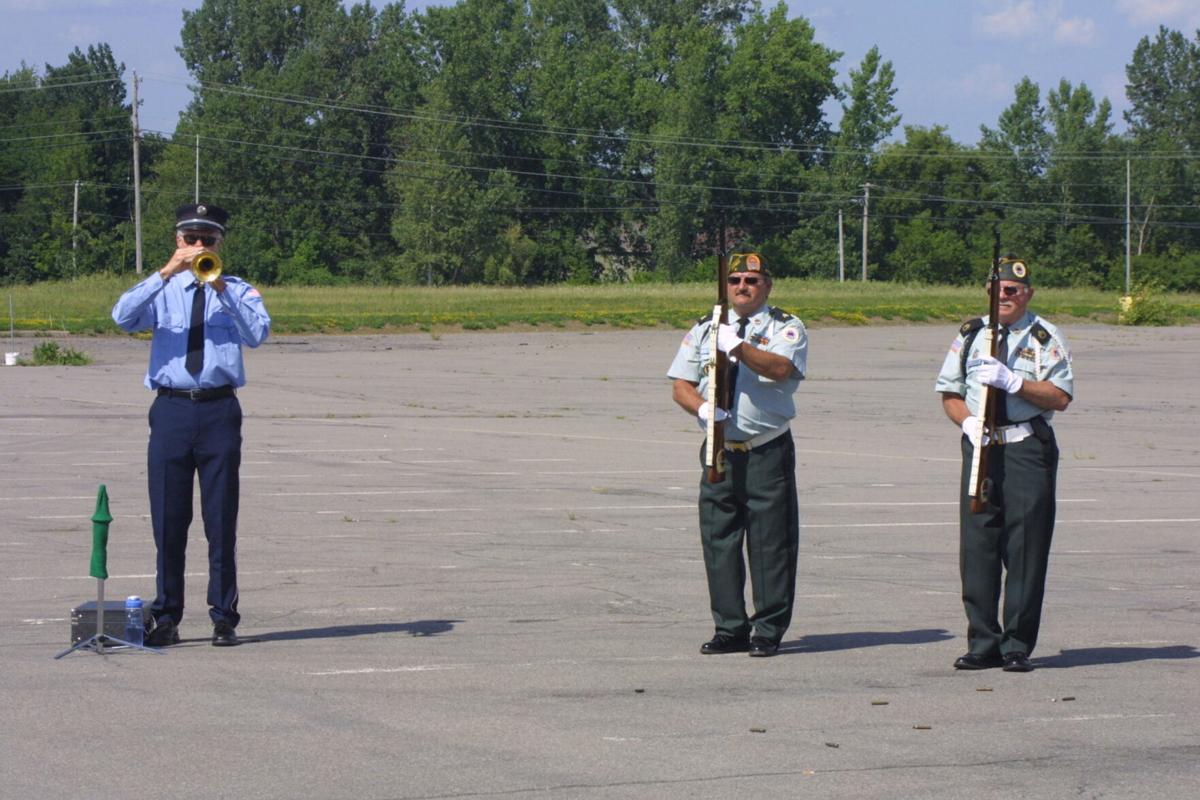 A three-ring binder contains all of the names that are inscribed on the Vietnam Traveling Memorial Wall and where they can be located. The wall will be at the St. Lawrence Centre mall until Monday morning. Bob Beckstead/Watertown Daily Times

MASSENA — Whether it’s the Vietnam Veterans Memorial Wall in Washington, D.C. or the Vietnam Traveling Memorial Wall that arrived in Massena on Thursday, there was one common denominator — it represented hallowed ground, remembering those who gave their lives during the Vietnam War.

“I haven’t had the opportunity to visit the wall in D.C., but a close friend of mine has told me that the biggest impact it had for him when he went there was it was quiet. It’s just very hushed throughout. Everyone who gets to the wall is there to reflect and remember,” Massena Town Supervisor Steven D. O’Shaughnessy said during a ceremony marking the arrival of the wall at the St. Lawrence Centre mall.

“For most, the ones that go to the Traveling Vietnam Wall are here to recall all the memories of their fallen friends,” he said. “There are those of us who have come for another reason, just to remember our own losses. Personally, that’s what I’ll be doing here.”

Assemblyman Mark C. Walczyk, R-Watertown, an engineer in the U.S. Army Reserve for eight years, had been temporarily called to active duty in a Forward Engineer Support Team in the fight against COVID-19. That assignment took him to Washington, D.C.

“I have to tell you, the monument in D.C. is absolutely a hallowed ground,” he said.

Mr. Walczyk said he was working with the Army Corps of Engineers headquarters a couple of blocks from the Vietnam Veterans Memorial Wall.

“Anyone who’s served can appreciate a boss who really likes to run. I had a boss who liked to run six miles a day, liked to run the entire mall loop. My favorite part in this, selfishly, was the Vietnam Memorial because you’re not allowed to run through that section because it’s hallowed ground,” he said.

Instead, as he was able to catch his breath as they walked through, he had an opportunity to remember the sacrifice of those whose names were inscribed on the wall.

“War shows us the worst of humanity, and it also shows us the best of humanity and the sacrifices inscribed on this beautiful piece of art that we’re lucky enough to have in Massena today. I was fortunate enough to see it in Washington, D.C.,” Mr. Walczyk said.

“To our Vietnam veterans, welcome home. You fought two wars, the ones that were fortunate enough to come home. You fought one overseas and then again when you got here. I will tell you as your New York state assemblyman, we are so honored that you are here in the front yard of America,” he said.

“It’s times like this when you look at the names that appear on there, you realize that it’s more than names inscribed on a wall,” Massena Mayor Timmy J. Currier said. “It’s people, it’s souls, it’s Americans. It’s patriots that stood up to advance freedom and the ideals and values of decency, kindness and fairness. History has taught us that American ideals advance freedom.”

He said the country today was divided, and it seemed that most Americans were thinking red or blue.

“The reality is, we have far more in common with each other than those that divide us,” he said.

Mr. Currier said that, although America was not perfect, it was “still a beacon of hope and ideals that the world wants.”

He said individuals could honor the names on the wall by being the best of who they were — “less divisive, more kind and always fair.”

“To our veterans, thank you. I’m always proud to stand with you knowing that your service and sacrifice is responsible for everything that I am able to do in my life,” he said.

The Vietnam Traveling Memorial Wall will be at the St. Lawrence Centre mall until Monday morning.

“We here at St. Lawrence Centre are very, very blessed to have this here for the community and to support our veterans and their families,” said Erica Leonard, mall manager.

The Vietnam Traveling Memorial Wall is part of the Vietnam and All Veterans of Brevard, a nonprofit organization that was formed and incorporated in December 1985 in Brevard County, Fla.

The wall is a 3/5 scale of the Vietnam Memorial Wall in Washington, D.C. It stands 6 feet tall at the center and covers almost 300 feet from end to end.