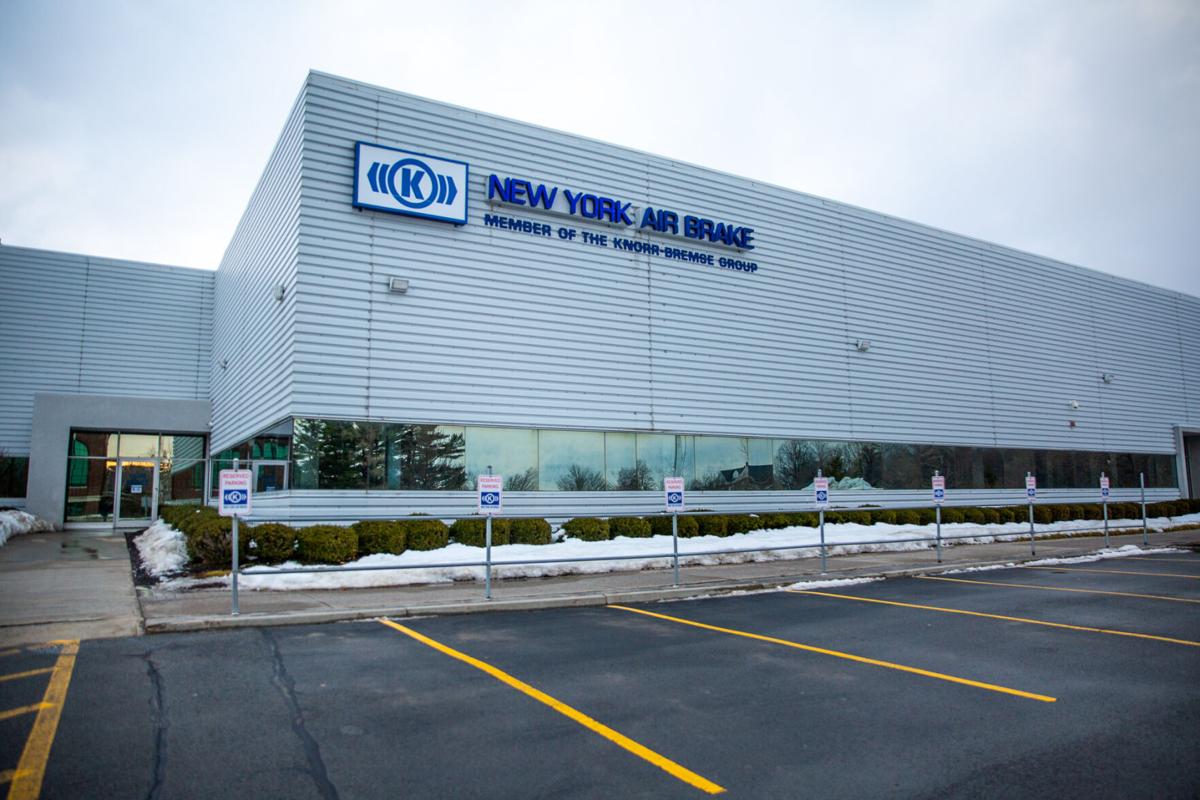 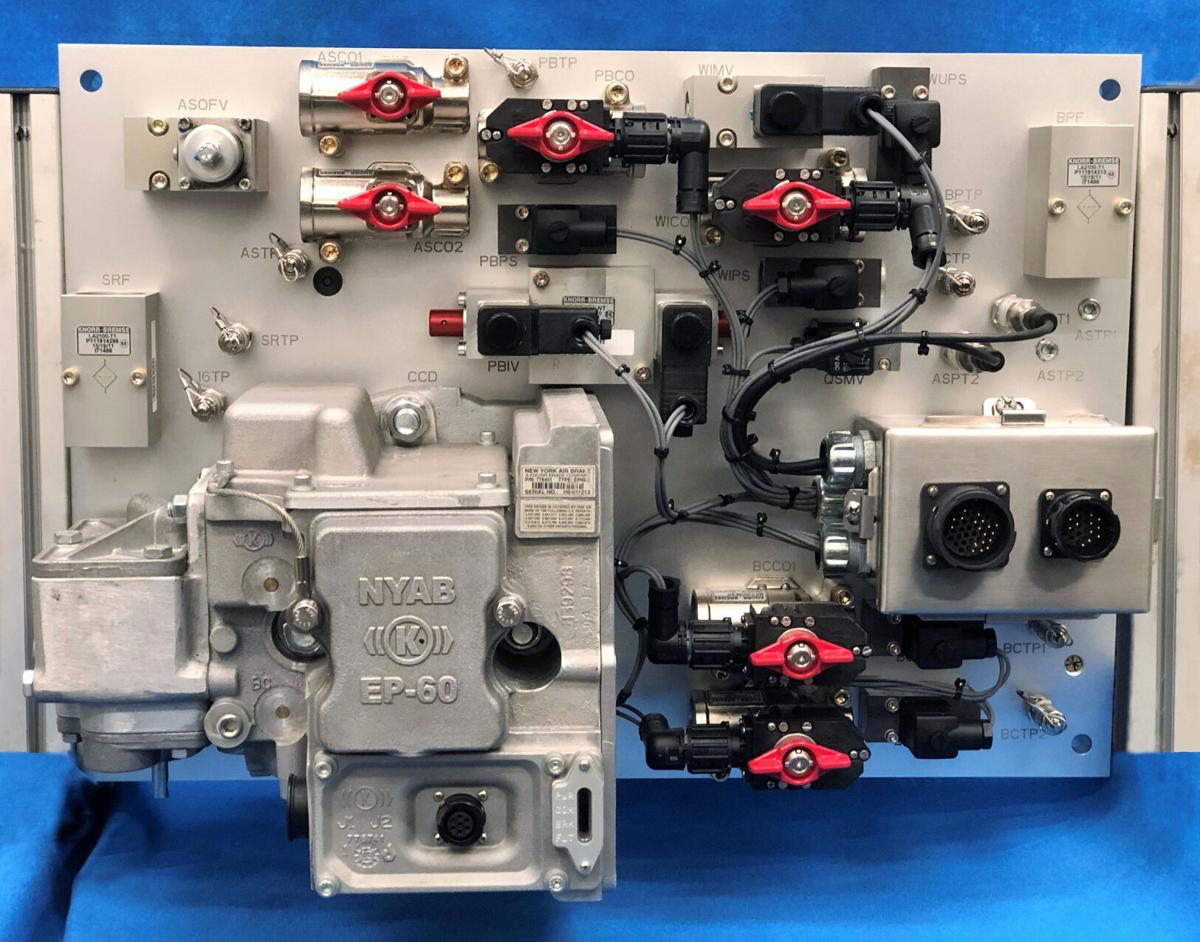 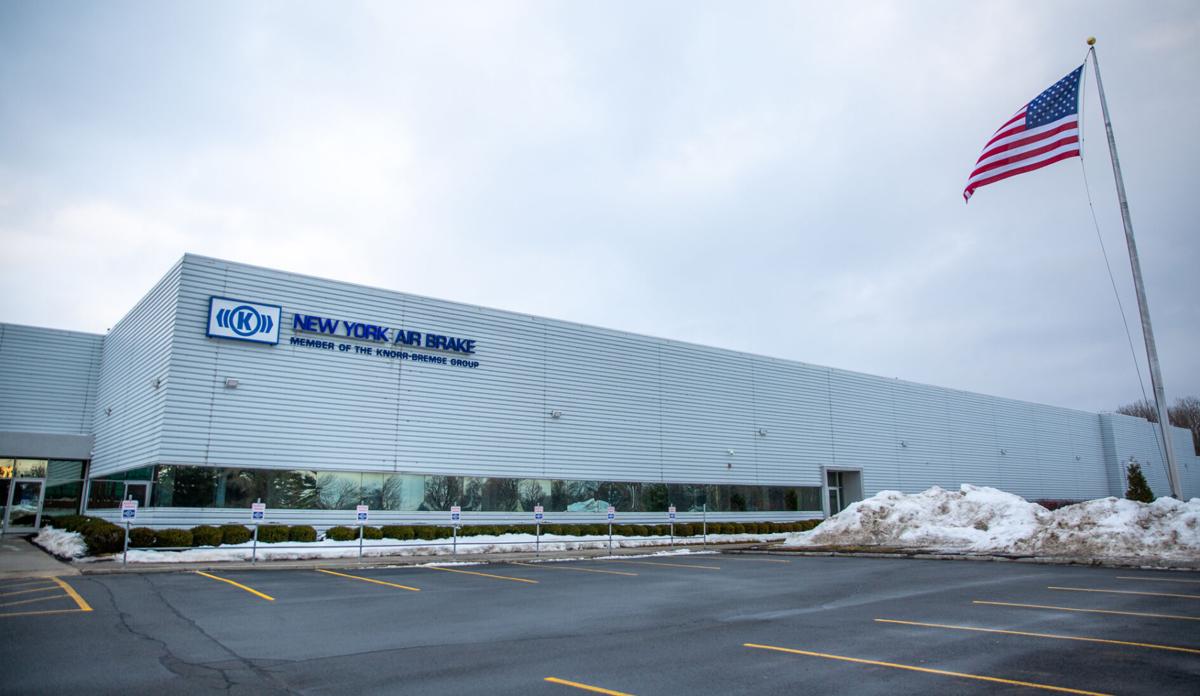 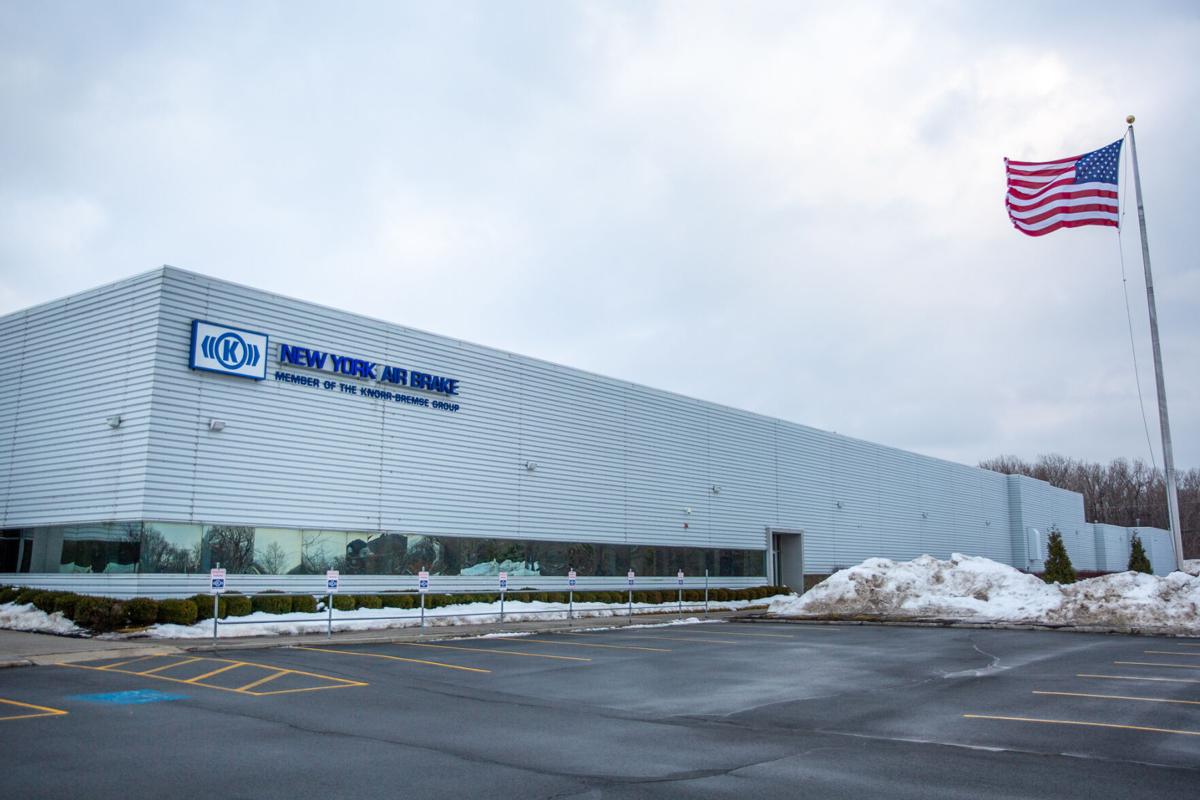 WATERTOWN — A city business will be riding in the forefront of the anticipated growth of the passenger rail system industry in the coming years because of its technological advancement regarding brakes.

“It’s a bridge to the future of passenger car brake control,” Michael Gibbs, KBC’s deputy director of sales said in a news release. “North America passenger railcars have been equipped with the same conventional pneumatic brake control for decades. Now, with the adoption of electropneumatic control technology significantly increasing in North America, we’ve engineered the EE-26 brake system with the capability to handle both true pneumatic and electropneumatic control of a braking system.”

In a traditional purely pneumatic system, individual passenger car brakes are activated in response to changes in air pressure through a control pipe that runs the length of a train. In an electronically controlled pneumatic (ECP) system, the brakes respond to electronic signals sent from the locomotive.

“We often relate the comparative communications speed of pneumatic and ECP signals through a brake system to the speed of sound versus the speed of light,” said Brendan Crowley, NYAB manager of sales and systems engineering. “In addition to the safety and performance enhancements of greater signal speed, ECP systems deliver real-time diagnostic information and alerts to operators and maintenance staff, which benefits train engineers and technicians, improves train handling, and decreases maintenance downtime.”

“Watertown is our company headquarters and the home of our engineering research and development and product development leadership,” Mr. Dalpe said in an email to the Times. “The core of the EE-26 brake system will be manufactured in Watertown alongside its freight car cousin, the EP-60 brake system.”

The EP-60 system is an ECP brake system that NYAB says provides a dramatic improvement in train handling for long, heavy haul trains.

A total of 360 production and salaried workers are employed at New York Air Brake in Watertown.

The new EE-26 brake system is based upon NYAB’s freight car product line, which is designed and manufactured in Watertown.

“The EP-60 system helps train operators shorten stopping distance and improve safety, extend equipment life and lower fuel cost,” Mr. Dalpe said. “In this joint development effort, we built upon our freight car experience and applied it to the needs of the transit industry, in partnership with KBC on packaging the product to meet the specific space and mounting requirements of the transit passenger cars.”

The EE-26 system has been in a “very successful” field trial in North America since 2014, accumulating more than 2 million miles of service.

NYAB/KBC expects to begin taking orders for EE-26 this year for new transit car applications in 2022.

The EE-26 utilizes the Association of American Railroads approved “Car Control Device” as the foundation of its brake control operation, leveraging service-proven components for system reliability and smooth product introduction.

And, according to NYAB/KBC, since it is based on globally accepted EP-60® technology, the EE-26 system is easily upgradable to an APTA-compliant ECP braking system.

“We included a simplified and standardized application platform in the new EE-26 design, so that the system can be easily incorporated by all car builders,” Mr. Crowley said. “Combine the ease of integration together with advanced diagnostics and high reliability, and you’re looking at lower life-cycle costs in a higher-performance system. The obsolescence of legacy pneumatic valves, along with their more intensive maintenance requirements, is driving customers toward systems that only need to be overhauled every 10 years or so.”

Also, to address the North American passenger rail market’s needs while building a foundation for the next stage of braking system evolution, NYAB and KBC created a second variation on the EE-26: the EP 60/26™ brake system, which can handle ECP as well as respond to traditional pneumatic control.

“We needed to bring together both old and new, because the jump to a completely electronically controlled brake system would have created problems interfacing with older locomotives and trains,” Mr. Gibbs said. “We need to make sure we’re serving everyone, so even as railway transit authorities are considering new cars, they’re still seeking to retrofit older cars, some of which may be around for another 10 or 20 years.”

He added, “The EE-26 and the EP 60/26 system reflect the dedication, expertise, and rail-proven technologies of both New York Air Brake and Knorr Brake Company, and our combined teams are proud to help drive North American passenger rail transit into a safe and dependable tomorrow.”

According to a rail industry report by U.S.-based Grand View Research, Inc., increasing tourism will help boost the demand for passenger rails segment around the globe through 2025, its forecast period end date.

“The rail freight segment is expected to witness a growth rate of 5.4% during the forecast period owing to increasing dependency on rail route for the transport of goods and cheaper rates of transport through this mode,” GRV predicts.