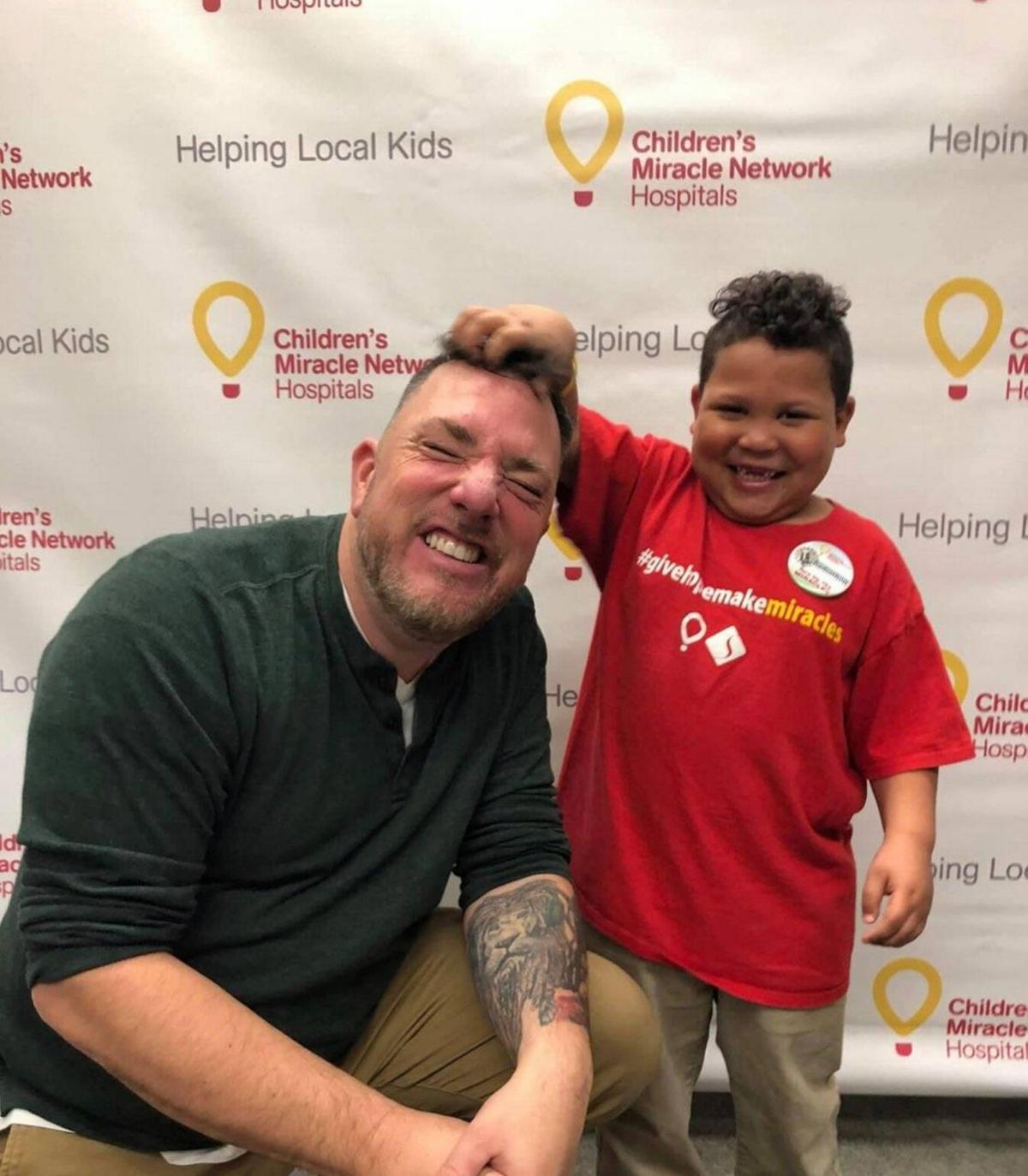 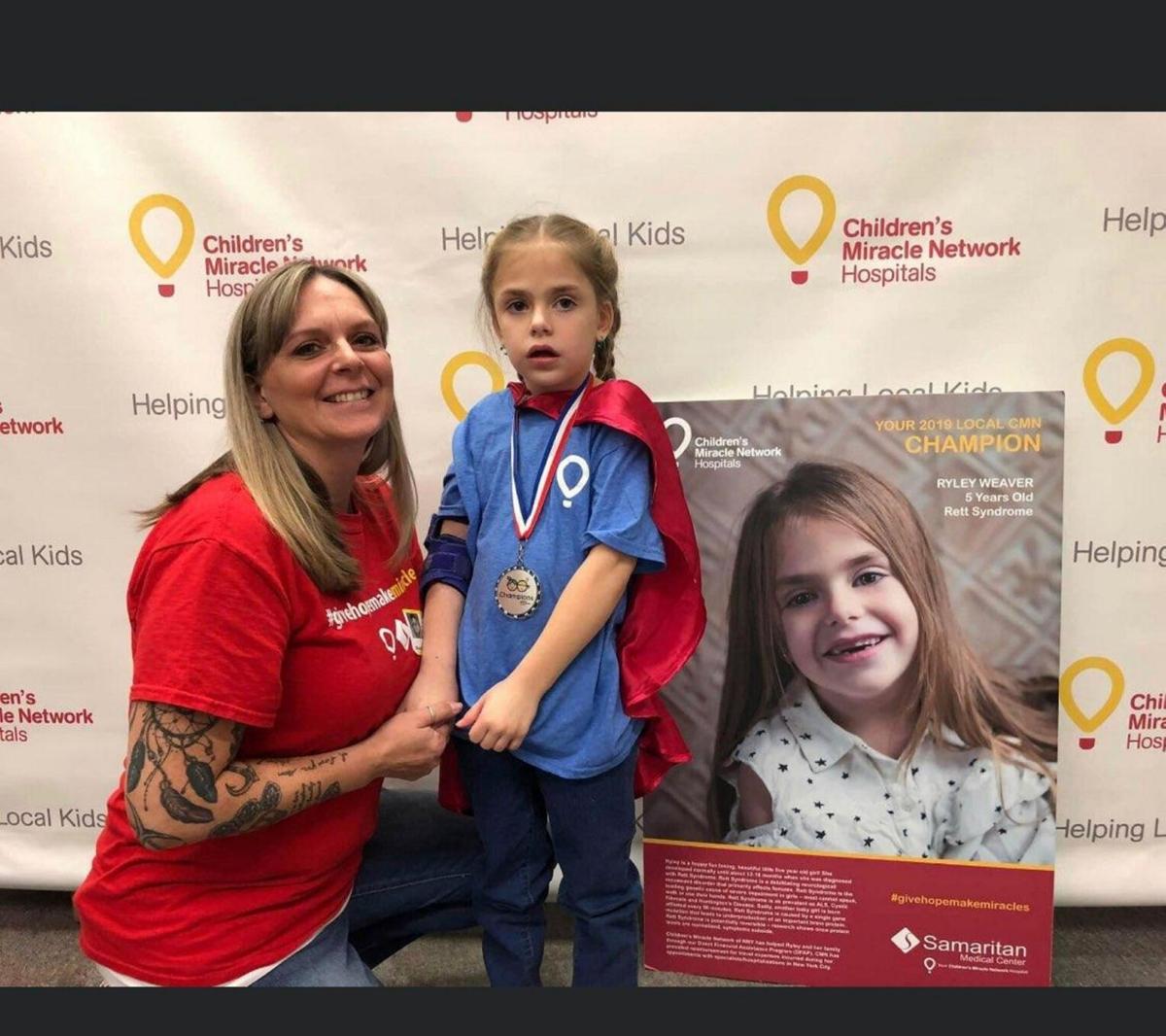 WATERTOWN — Year after year, from 6 a.m. to 6 p.m. three days straight for the past two decades, John “Johnny” M. Spezzano, DJ and radio personality at The Border 106.7, helps to share the stories of local north country families helped by Children’s Miracle Network through a radiothon. The goal of the radiothon is to raise money for the organization to continue the work it does in the area.

The 20th annual Children’s Miracle Network Radiothon will be held from Wednesday through Friday and organizers hope to set a fundraising record in honor of its 20th year.

Mr. Spezzano and Lance Hale of 94 Rock will be live on the air for three consecutive days asking for the north country’s financial support for local Children’s Miracle Network kids. This year’s Radiothon will feature several inspiring stories of kids from Jefferson, Lewis and St. Lawrence counties who have been helped by CMN of NNY.

“It’s amazing, we start at zero when we open up the mic, so it’s just three days of asking our listeners to donate, and they come through year after year, that’s for sure,” Mr. Spezzano said. “Doing something for twenty years, it becomes a part of you. We want to be able to do as well as we’ve done in past, it’s got to be close to $2 million over twenty years.”

All funds raised for Children’s Miracle Network stay local. Funds are used to purchase advanced life-saving medical equipment needed to care for children at Samaritan Medical Center and also to support capital projects like the Car-Freshner Center for Women and Children.

Additionally, Children’s Miracle Network of NNY offers a Direct Family Assistance Program to families in Jefferson, Lewis and St. Lawrence counties who have a child facing a medical crisis.

“If they have a sick child who needs special care and needs to travel to a Children’s hospital in Boston or Philadelphia, or even Syracuse, CMN helps get them there by at least reimbursing them for fuel and some food expenses and things like that,” Mr. Spezzano said. “I know it sounds like not a big deal, but it’s a huge deal because that’s one thing insurance doesn’t cover.”

CMN also provides various equipment to improve quality of life. Mr. Spezzano recalled a young boy named Aiden, a resident of St. Lawrence County with a form of cerebral palsy, who received a trike from the organization.

“I think that’s one of the wonderful things about this with 20 years, seeing the good it does for local families and every dollar stays local,” Mr. Spezzano said. “Jim (Leven) and I both are on the Children’s Miracle Network Allocations Board, we meet once a quarter, and that is where we are presented with family requests and we then go through and grant such requests.”

James “Jim” L. Leven, president of Community Broadcasters, LLC., moved to the area from New York City 15 years ago. Seeing things like the CMN Radiothon, he said he learned quickly how special the north country is and that while people open their pocketbooks, they also open their hearts. He continued by stating that he doesn’t believe there’s a kinder, more caring part of the world than the north country.

For the families that are a part of the yearly radiothons, Mr. Spezzano said that one thing he finds when speaking to them is that sharing their stories is often therapeutic for them and that hearing the stories from other families reminds them that they are not alone.

“I think one thing we’ve learned over the past several months is not to take things for granted,” he said. “I don’t know how many times, especially recently, I’ve had a mom or a dad come in here and they’re like, ‘I can’t believe I’m sitting here talking to you on the radio right now because I remember growing up listening to the radiothon on the school bus and I never thought I would be sitting here with my own child.’”

Touched by each and every family that shares their story with him, Mr. Spezzano stays in touch with families and remains up-to-date on the milestones in the CMN kids’ lives, like going to college.

“I stay up on social media like we all do nowadays, and I see kids that I have photos of when they were little, and now they’re college students, they’re thriving and they’re living their lives,” he said. “When we first met them, we weren’t sure what the outcome would be. I have to say over the last 20 years as much as it’s been incredible to get our listeners to react and donate, it’s also been incredible to be a part of these kids’ lives and learn a little bit more about them and get to know them.”