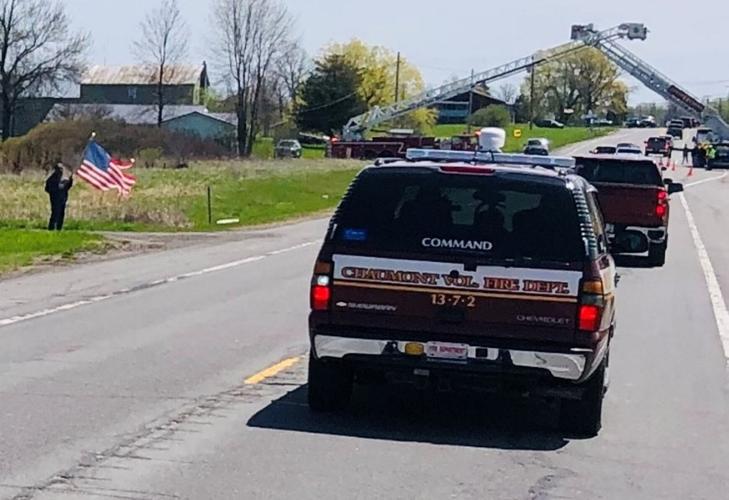 The Chaumont community, along with visitors who drove hours, said their final goodbyes on Saturday to Glenn N. Dodge, who died in January at the age of 104. Mr. Dodge was a World War II veteran and 84-year member of the Chaumont Volunteer Fire Department. The Chaumont Volunteer Fire Department hosted a funeral procession for Mr. Dodge on Saturday, which began at the fire department. The procession ended at Dexter Cemetery for a graveside service. A celebration of life followed at the Dexter American Legion. In 2005, the fire department created the Glenn Dodge Community Service Award to honor others who have followed Glenn’s lead in serving the community. The first one was given to him. After graduating from Potsdam Normal School in 1937, Mr. Dodge became a teacher at a one-room schoolhouse, District 15, one of two schools on Grindstone Island. Following his service in World War II, he joined the Army Reserve, in which he served until 1967, and continued his teaching career after earning a bachelor’s degree. At left, Saturday’s procession begins.