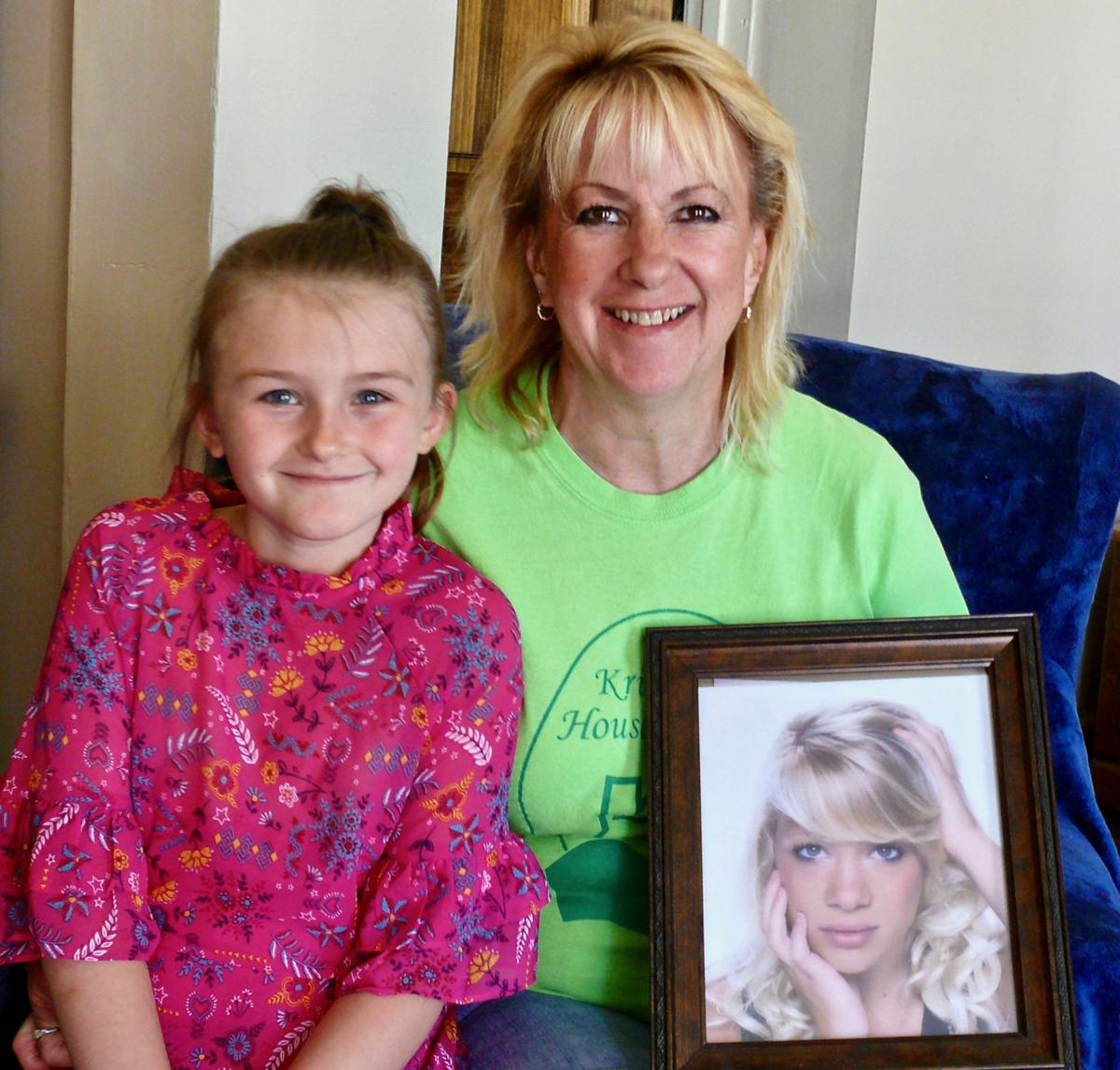 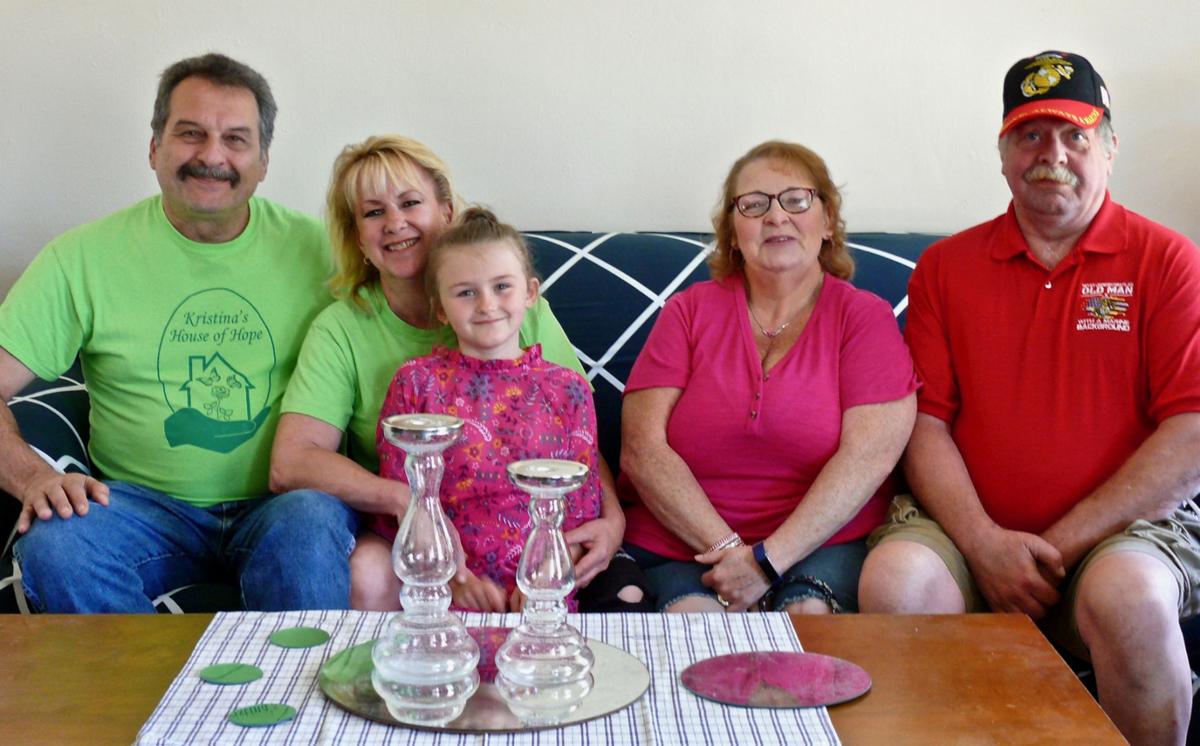 OSWEGO — Kristina’s House of Hope is very close to becoming Oswego’s first home for women recovering from drug and alcohol addiction, many of whom are former inmates trying to get their lives back, not the lives they had, but the lives they hope to have. Kristina’s House of Hope is trying to become that help on the outside world that will get them there.

“You can’t do this by yourself in a society that’s against you. There’s so much stigma,” said Shelly Spaziano, founder of Kristina’s House of Hope. She knows what she’s talking about.

“What do you say when you’ve been out of work for three years and arrested twice? I’m in recovery,” she said. “I had to learn what to say. I personally had someone take me in and spoon feed me love and tell me I was OK and that I could do this, I can change, I can stop. I’m an alcoholic, but I had help.”

It’s been a very hard three years for Shelly Spaziano. It was three years ago her 20-year-old daughter Kristina died in a car crash.

“She was 20, apparently running from a boy she had an order of protection against. It was four days after Christmas,” Shelly said. “She was going too fast. She hit a little knoll on the road on Route 53 crossing Route 4, and she went off the side of the road and hit a tree, and she died instantly.

“She was a wonderful young lady who believed in helping people. She was an old soul with a huge heart. And when she died, I lost me. And starting Kristina’s House of Hope has given me a reason to live. I have two sons, and they’re wonderful, and they’re great to me, and I love them. But, your daughter’s your daughter. We were two peas in a pod. We were very, very close. And that‘s why I named it Kristina’s House of Hope. I’m in recovery, but she was the good one. I do want this to be a legacy for her. She was a good girl. She just was a good girl.”

Kristina’s House of Hope is a six-bedroom house on West Schuyler Street that will give eight women a home and a chance and a hope. A chance with strict rules attached.

“We’ll only be renting to, and taking in, girls who want to be clean and sober,” Spaziano said. “We have zero tolerance for drugs and alcohol. We will have drug tests on premises. We have a curfew, mandatory education, mandatory vocation, mandatory attendance at Farnham. There are so many things in Oswego County that will help women. We have OCO (Oswego County Opportunities). DSS (the Department of Social Services) brings classes down here. We have a library that gives computer classes, job interview classes. We have so much to offer. But the problem has been that the government doesn’t give enough money to house these women, so DSS ships them out to La Siesta Motel and a couple other motels out in the country. So therefore, it’s very difficult for homeless people without vehicles to get into town to utilize the services. Hence, the reason I wanted to start Kristina’s House of Hope here in town. You can walk to rehab. You can walk if you have court issues. You can walk to the court. Transportation is a huge issue in Oswego. So, by being centrally located, these girls can get to where they need to get to, increase their education, take computer classes, start a vocation. We will help people and guide them, treat them with respect and help them to get on their feet to start over.”

Getting on your feet can be very hard when you have nowhere to live. It makes everything else infinitely harder. DSS tries to offer some support, but it’s not enough.

“If you go to Social Services as a single person,” Spaziano continued, “you get an allowance of $360 a month for rent. How do you find a place to live? They’re renting these places to college students for anywhere from $500 a room to $750, $800 a room. So, people would prefer to rent to the college students, make that money and then fix the damage.”

Then there’s the state. It will provide funding for 60 days of housing.

“Financing comes through the state Office of Disability,” Spaziano said. “They’re very strict. I really don’t know what you do with someone if they don’t have permanent housing after 60 days. When I get there, I’ll find out. Every door I walk through, it opens. God has just been leading me and guiding me.

“A lot of people in Oswego couch surf,” Spaziano said. “That is the term. They live with grandma, they live with aunt somebody, they live with their friend, they live here, there, and everywhere. So, they’re not counted as homeless because they actually have a roof over their head. However, they run out of places to live. And we call that ‘displaced.’ Say they’re living at the crack house, but they really want to get out of that lifestyle. And we have many crack houses here. We have many drug houses. I had two in my neighborhood for years. Finally, they moved out. They’re everywhere, you just don’t know it, unless you live next door and you see the people coming and going.

“They say one out of 20 can really grasp the program and change and stay sober,” she continued. “It’s just statistics. The government is trying to increase those statistics by providing money for rehab. So, outpatient is six months to really get some counseling to get you on your feet, to help you. It’s not just an overnight fix. If you’ve been on drugs for 10 years, and you grow up in a drug household, and your mom was doing drugs with you, you didn’t grow up with regular values and morals. What we want to do is, we want to have a 24-hour staff to enforce the rules and enforce structure, which is needed for anybody that wants to start over. So, we’ll teach you how to cook a meal, how to budget your money, how to go grocery shopping and make a grocery list to provide everything you need for your meal. And these things go farther than just a meal. We want to teach them basic, fundamental skills, getting along with each other, respect, values, morals. It’s a nice homey home. It’s really cute. We have painted every inch. We’re putting in new floors. We added cupboards. We’re just doing everything we can to make it nice. So that way, when they come in, they can start learning how to respect what you have.

“And the other thing I want to do when these girls get housing, is to start them out with something. I’d like to start the girls off with a package. I desperately need donations, furniture, and anything for a household. I got seven extra dish sets. So, I will divide them up, and give them to the girls when they get their own place. I would love to have a storage with beds and furniture and stuff in it to donate to them, because it’s very difficult to get started.”

Shelly’s finding that herself. It’s not easy to get Kristina’s House of Hope started either. But she’s had a lot of help, and she has a lot of support.

“We are working with Dr. Nupuf, who is the doctor at Farnham, and he’s working at the jail. So, he’s our medical consultant, and if need be, he will do a house call. We also have Eric Bresee on our board who is the director of Farnham, and Joe Musumeci, who worked at OCO for years and has transferred over to Farnham.”

A lot of these women are also mothers, but their children have been taken from them or are living with others.

“Most of the women have children, and the children are in the system,” said Spaziano. “And that’s my goal, to help women get back their children, and to be moms. That is why I started Kristina’s House of Hope.”

Maybe it’s having lost a child that’s brought the importance of the next generation home to Shelly Spaziano. And maybe it’s the memory of “an old soul with a huge heart,” whose legacy Shelly hopes to secure, that inspired all this.

There are no words for the grief that accompanies the loss of a child. But there are words for the divine grace that is shown to those who are suffering. In this case, those words are Kristina’s House of Hope.