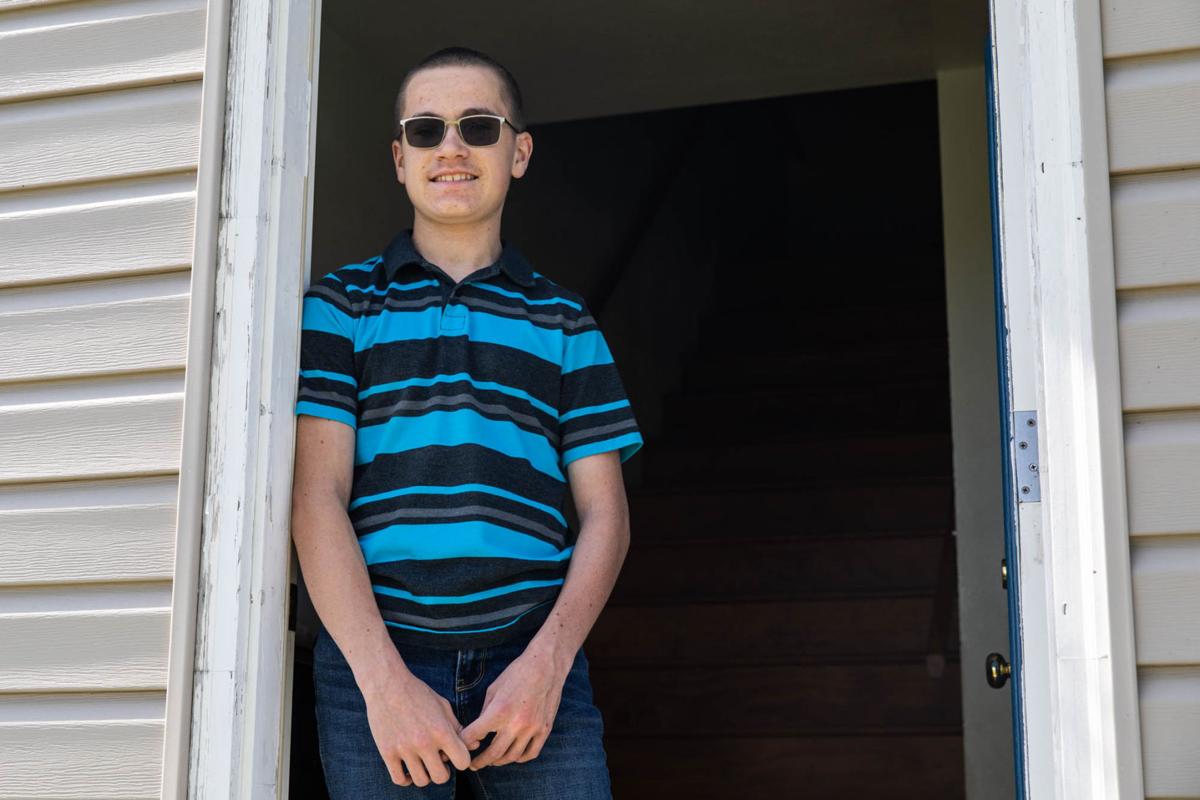 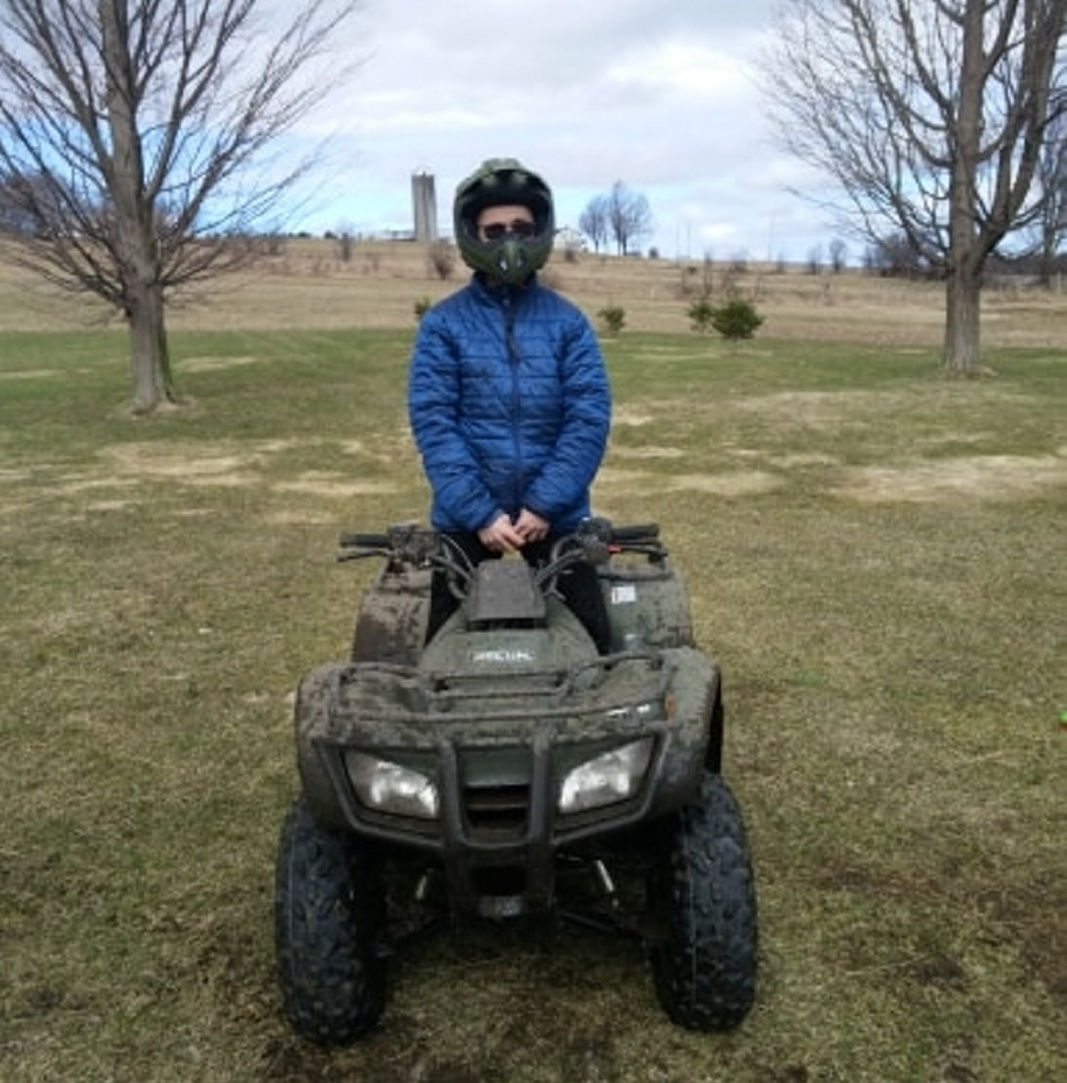 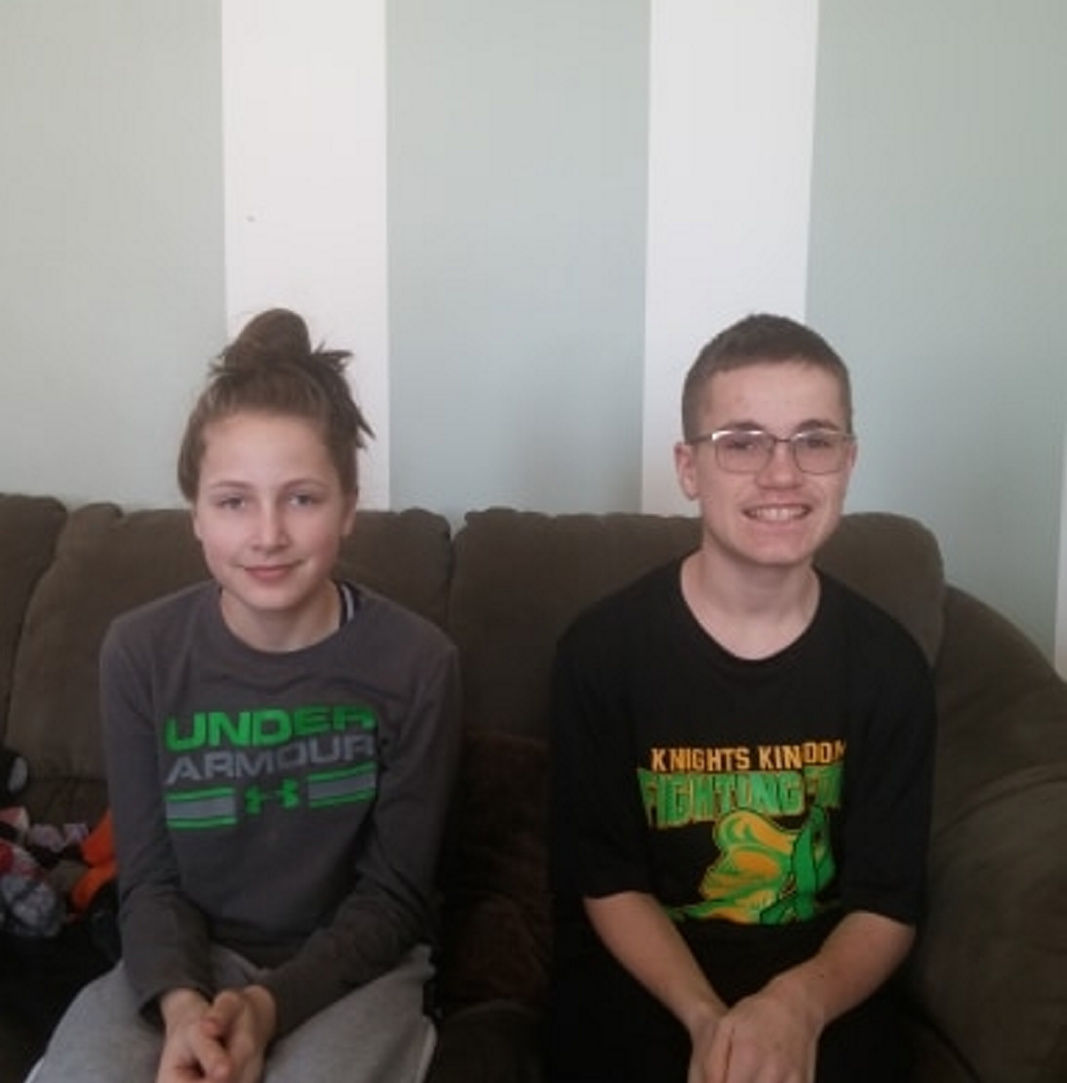 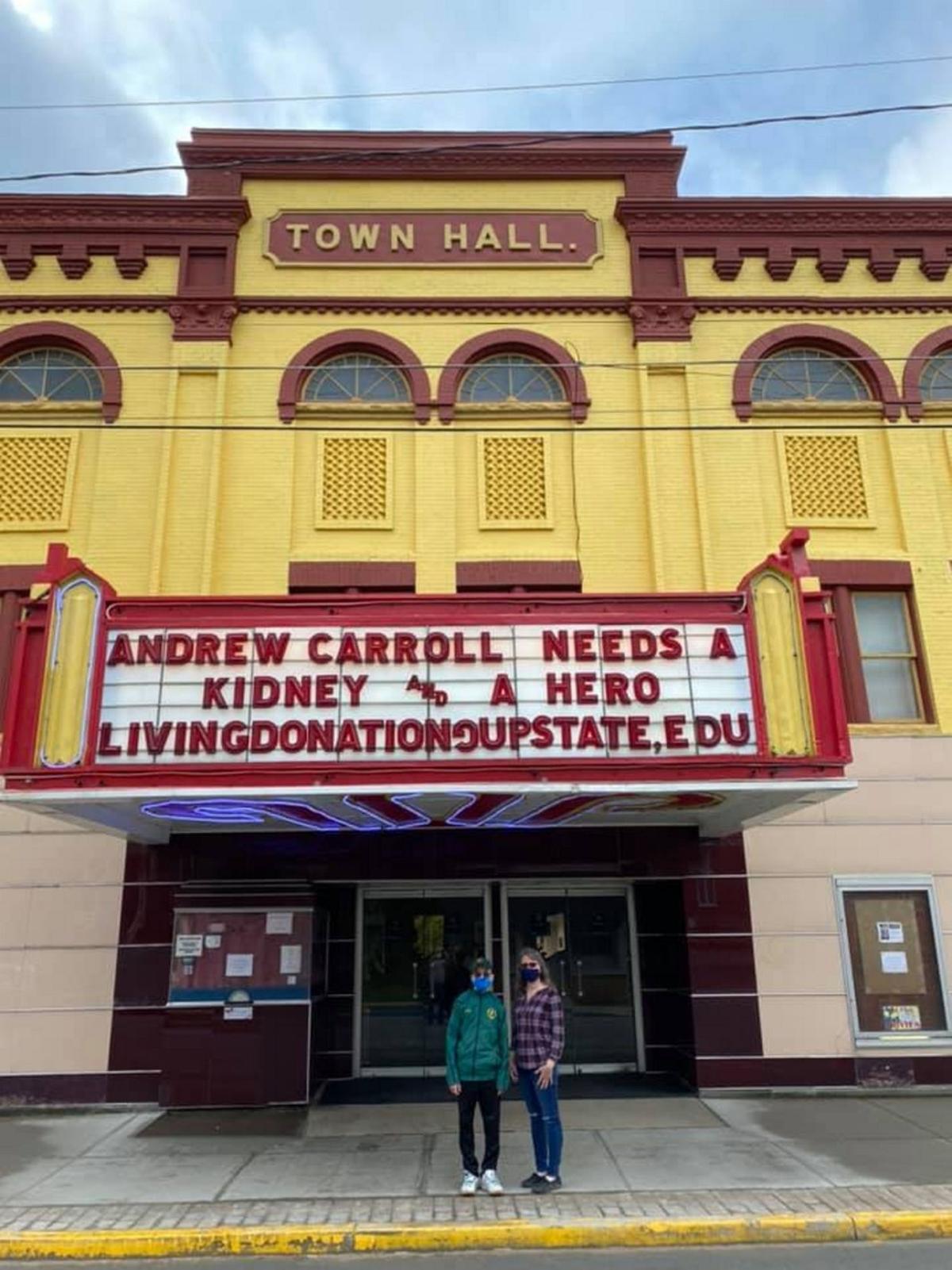 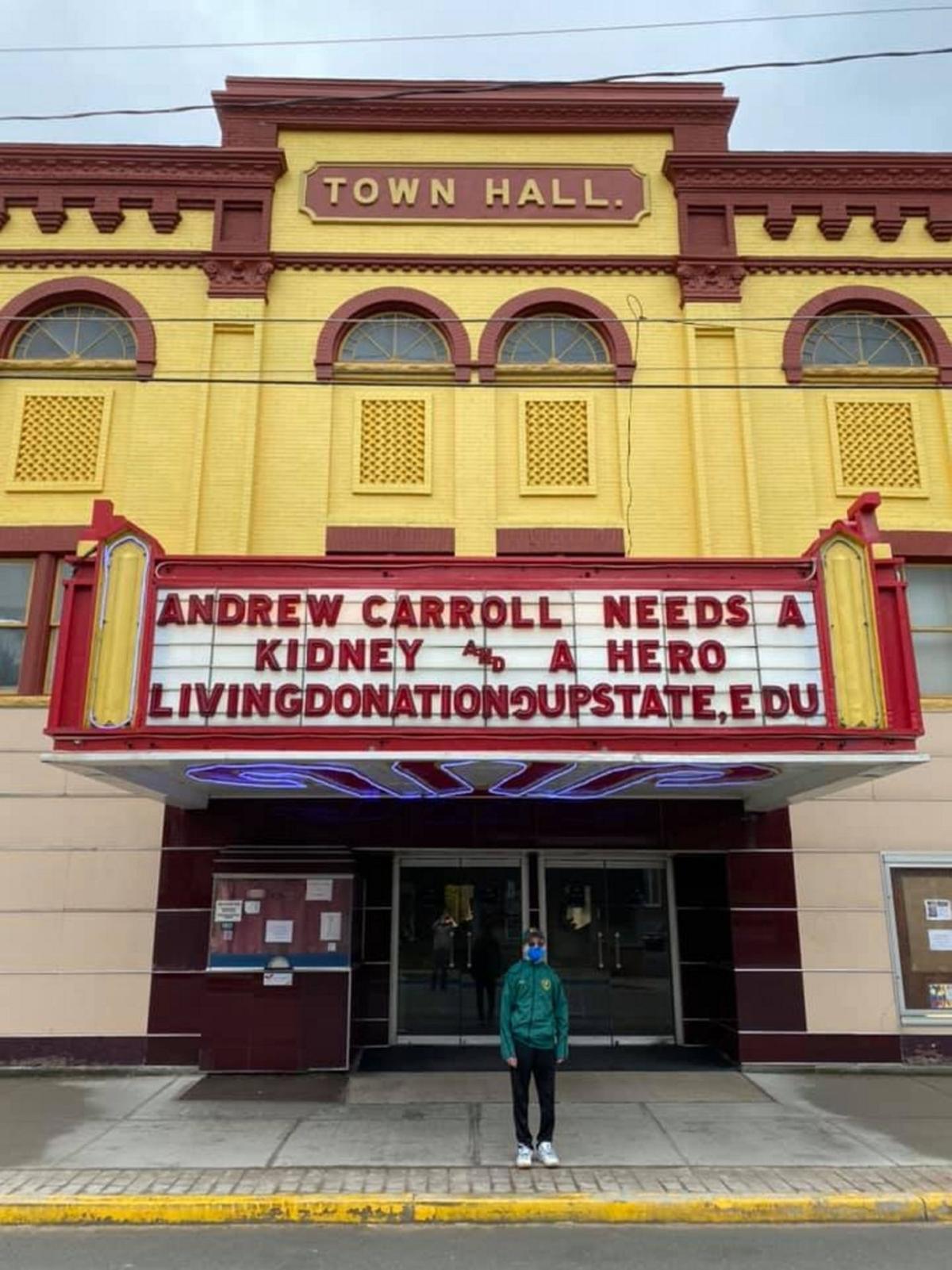 COPENHAGEN — Reeling from the impending reality that her son Andrew, not yet 16, would soon need to be put on dialysis due to a rare kidney disease, Sue Tapke Carroll, a normally private person, took to Facebook to write a post about the need for a living kidney donor to save him from that fate.

“We are looking for a hero,” she wrote on May 5. “If we cannot find a living donor, Andrew will have to begin dialysis. There are about 100,000 people on the transplant list right now in the US and we don’t know how many months or years he would have to wait for a match.”

“When I first posted that on Facebook, I never thought it would go viral that quickly, especially from such a small community,” Mrs. Carroll said. “It’s been amazing. All the love and support that everybody’s given us has been, it’s very humbling.”

Andrew, 15, a 10th grader at Copenhagen Central School, has been living with a rare kidney disease known as nephronophthisis since he was diagnosed the day before his 12th birthday, though according to Mrs. Carroll, the doctors said this is something he has most likely had since birth, worsening over time.

Nephronophthisis eventually leads to end-stage renal disease (ESRD), a life-threatening failure of kidney function that occurs when the kidneys are no longer able to filter fluids and waste products from the body effectively. It occurs in an estimated 1 in 922,000 in the United States and, while rare, is the most common genetic cause of ESRD in children and young adults.

Though a rare kidney disease would have been more than enough, Andrew was born with mild left hemiparesis cerebral palsy. While it affects the left side of his body, Andrew is still able to do the things he wants to do, undeterred by the diagnosis.

As for Andrew’s support system, both his immediate family — his mother; father, Jeff; and 13-year-old sister Maddy — his extended family and his friends at school are behind him every step of the way.

“They’ve all been really supportive and understanding, so we’ve got a whole big family looking out for him,” Mrs. Carroll said. “They’ve shared posts on social media, those have been awesome. They’ve all let him know they’re thinking off him and hope he gets a kidney soon.”

Described by his mother as a very happy, positive boy most of the time even though he’s a teenager, Andrew likes sports, plays basketball and soccer, and likes to ride four-wheelers. Every year, the Carroll family goes camping, another activity he enjoys along with hunting and fishing.

“We knew that his kidney function was low, and because we knew it was something that he was born with that at some point he would need a kidney transplant sooner rather than later, but honestly, we just weren’t expecting it to be this soon,” Mrs. Carroll said of the shocking diagnosis. “The doctor told us not to do a lot of Google research on it and then if we had any questions just ask him because it’s so rare that the stuff we find online might not be accurate or true, so it was a little scary.”

According to Mrs. Carroll, the average wait right now for a deceased donor is three to five years for adults and may be sooner for kids, but Andrew’s best chance is to find a living donor. While they don’t know much beyond the basics right now, the Carroll family knows that a donor for Andrew would have to have Type O blood, be healthy, and meet other criteria for donation.

Once a potential donor is found, the hospital assigns an advocate for the donor and does further bloodwork to see if there is a match.

Due to the ongoing COVID-19 pandemic, many hospital operations are still postponed. While the transplant team at Upstate told Mrs. Carroll that they’re currently doing deceased donor transplants, living donor transplants haven’t been opened back up yet. The exact timeline for when Andrew would need a transplant to avoid dialysis may be uncertain, but one thing is for sure, it will be sooner rather than later.

“We’re trying to avoid dialysis because it’s hard on anybody, but even harder on kids according to the doctor, so they prefer just to avoid it if we can at all costs,” Mrs. Carroll said. “The goal was, when we saw the doctor in April, she was hoping we could have the transplant by June. Because of the COVID, everything’s been postponed. Hopefully soon they’ll open up the living donor transplants, but until his evaluation is done, they can’t even start testing potential donors.”

While Andrew undergoes many different kinds of bloodwork at Upstate, it’s mostly been his creatine levels that keep increasing, according to Mrs. Carroll. Creatinine is a waste product produced by muscles from the breakdown of a compound called creatine and is removed from the body by the kidneys, which filter almost all of it from the blood and release it into the urine.

“I don’t know what the results are from this month, but we just keep praying that they’re down enough to postpone the need for dialysis until we can get in for the kidney transplant,” Mrs. Carroll said.

Those interested in becoming donors must pass a comprehensive screening process with a fair amount of restrictions. Donors cannot be on lifelong medications, can never have had cancer, cannot have any autoimmune diseases, and cannot drink, do drugs or smoke.

No minors can donate, and it’s recommended that 18-year-old potential donors talk to social workers beforehand. That being said, younger donors are preferred for younger patients like Andrew.

“I’m going to be 49 soon, so even though I have the same blood type he does, they’d prefer not to use me,” Mrs. Carroll said. “And it makes sense to have a younger donor so that organ is going to have a better chance of survival and living as long as the patient does. It makes sense that you don’t want to put a 50-, 60- or 70-year-old kidney into a 15- or 16-year-old because that kidney potentially only has maybe 10 to 15 years of functioning properly.”

Andrew is on a medication that he’s been on for three years, and studies for that medication showed that people shouldn’t be on it for any longer than two to three years. When the Carrolls went to Upstate in February, the doctor said Andrew needs to remain on the medication until he has the kidney transplant.

“I think that’s when reality sunk in that this is going to happen,” Mrs. Carroll said. “Even though we knew it was going to happen someday, you’re never really prepared for when it actually does happen.”

Touched by Andrew’s story and his search for a donor, complete strangers have contacted the Carroll family to let them know they filled out the screening portion to become potential donors, which Mrs. Carroll described as humbling and amazing, reminding her that there are good people out there. “If anybody is willing, we understand that it would be a lot to ask of anyone, I totally get that, but if they could ever consider being a living donor, not just to Andrew but to anyone,” Mrs. Carroll said. “If they don’t feel comfortable ever being a living donor, registering to be an organ donor, that would be awesome, because to save any life is an absolute miracle.”

If you are interested in learning more about being a donor, you can call the Upstate transplant team at (315) 464-5413, email livingdonation@upstate.edu, or click on the link and fill out the screening form for living donation at https://www.upstate.edu/surgery/healthcare/transplant/organ-donation/ld-screen-form.php.