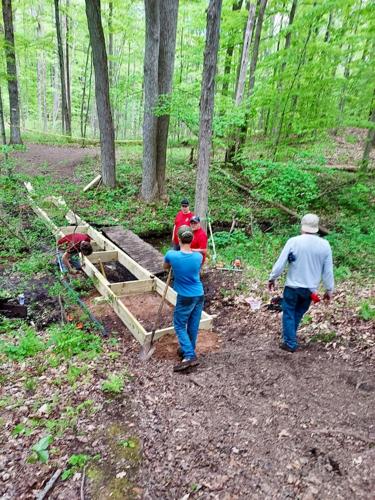 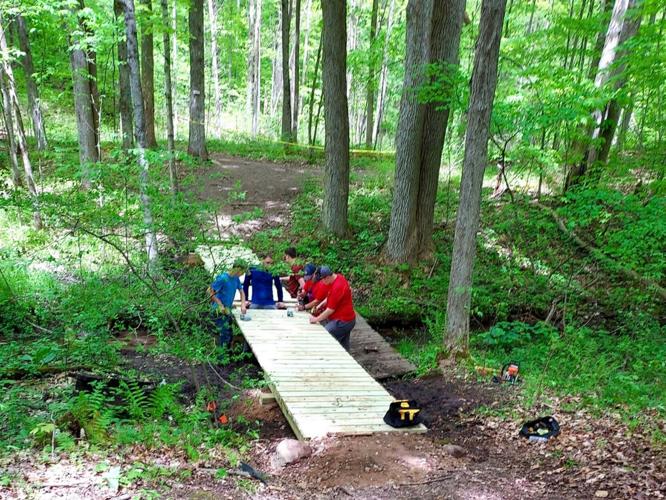 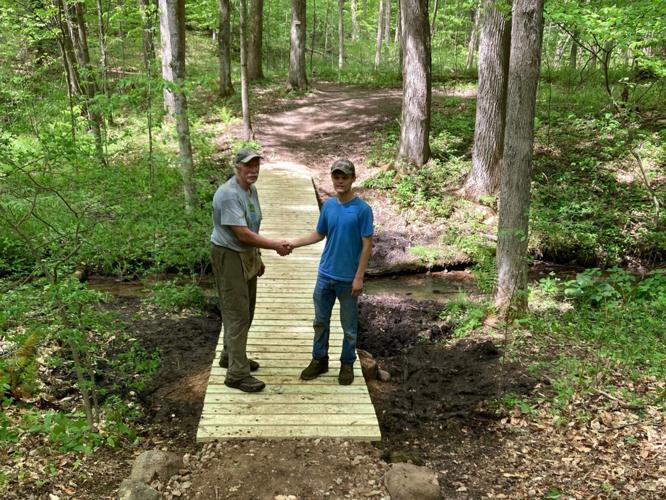 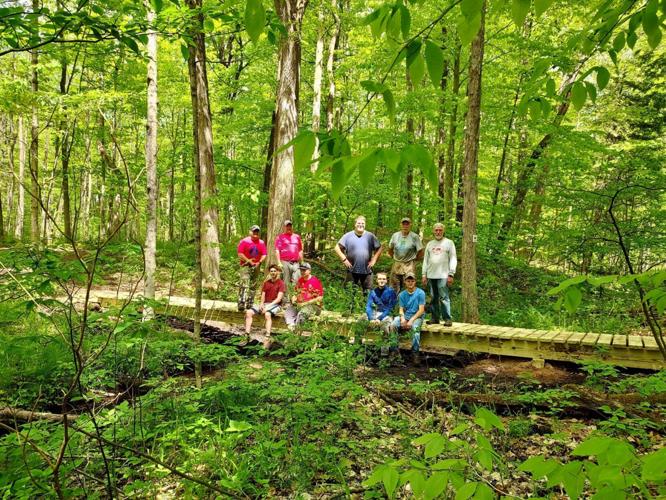 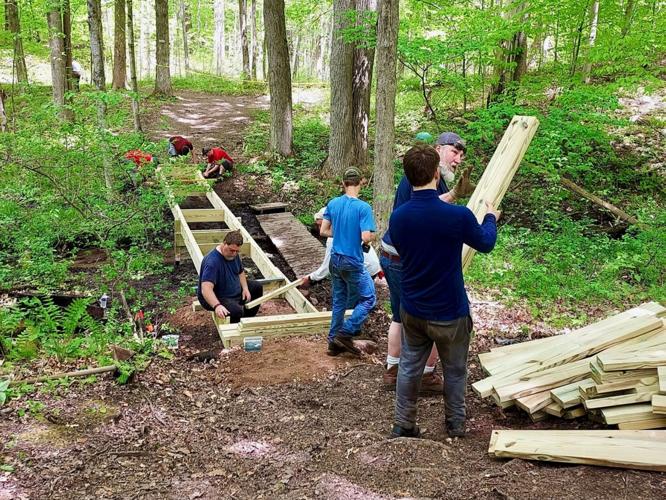 Getting ready to attach the deck boards.

Getting ready to attach the deck boards.

FULTON - For his Eagle Scout project Boy Scout Sean Stevens, from Scout Troop 620, Liverpool, worked with other members of his troop, family and Friends of Great Bear volunteers to replace an older deteriorating bridge which was flooding over. The bridge is on a popular, well used trail, near the Spring House.

By raising donations, Stevens was able to purchase the lumber and materials needed for the bridge build.

Lumber, was cut on site, as well as putting together the frame which was set higher than the previous bridge, to avoid flooding over. Deck boards were cut and fastened to the top of the rails with crusher stone berming the ends of the bridge. Vertical posts were added to help support the frame.