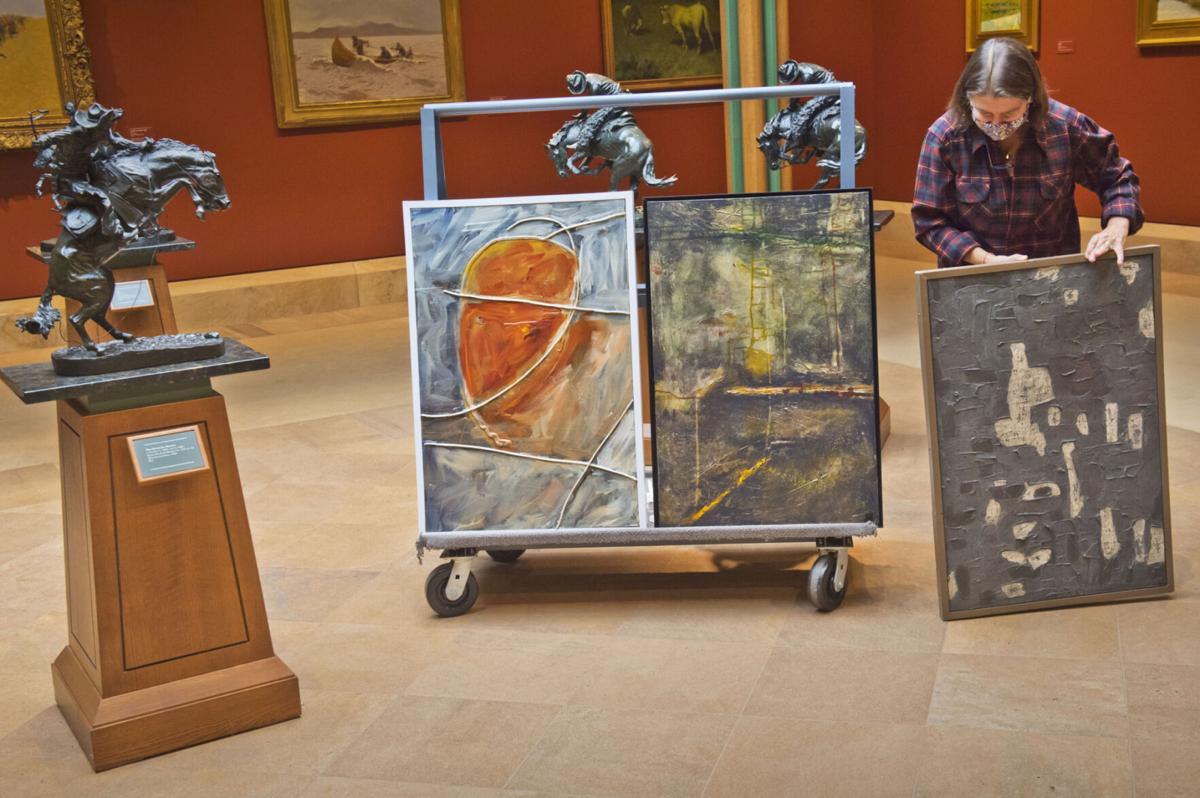 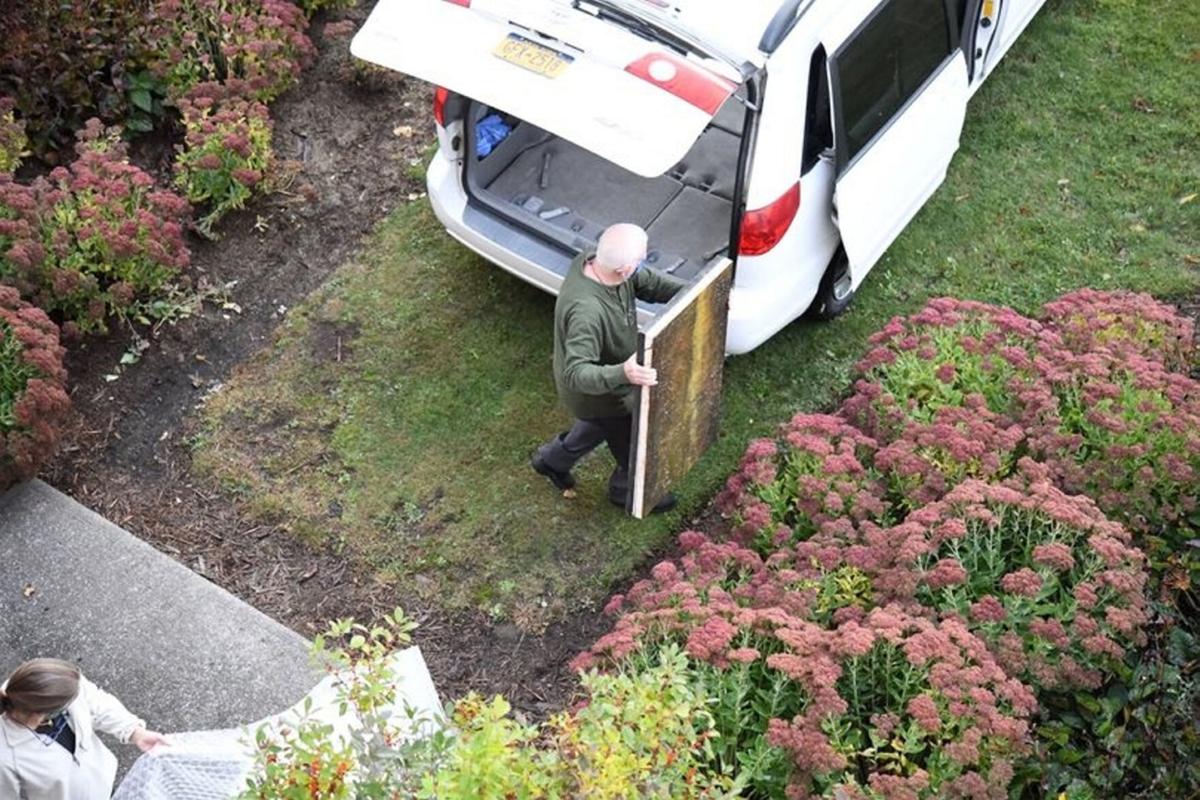 Jim Lyons-Hart, Frederic Remington Art Museum trustee, helps load Gregory Fedchak’s paintings into a van last week in Boonville. Mr. Fedchak’s body of work was transported to the Ogdensburg museum as part of an unrestricted gift written into the Fedchaks’ will. Provided photo 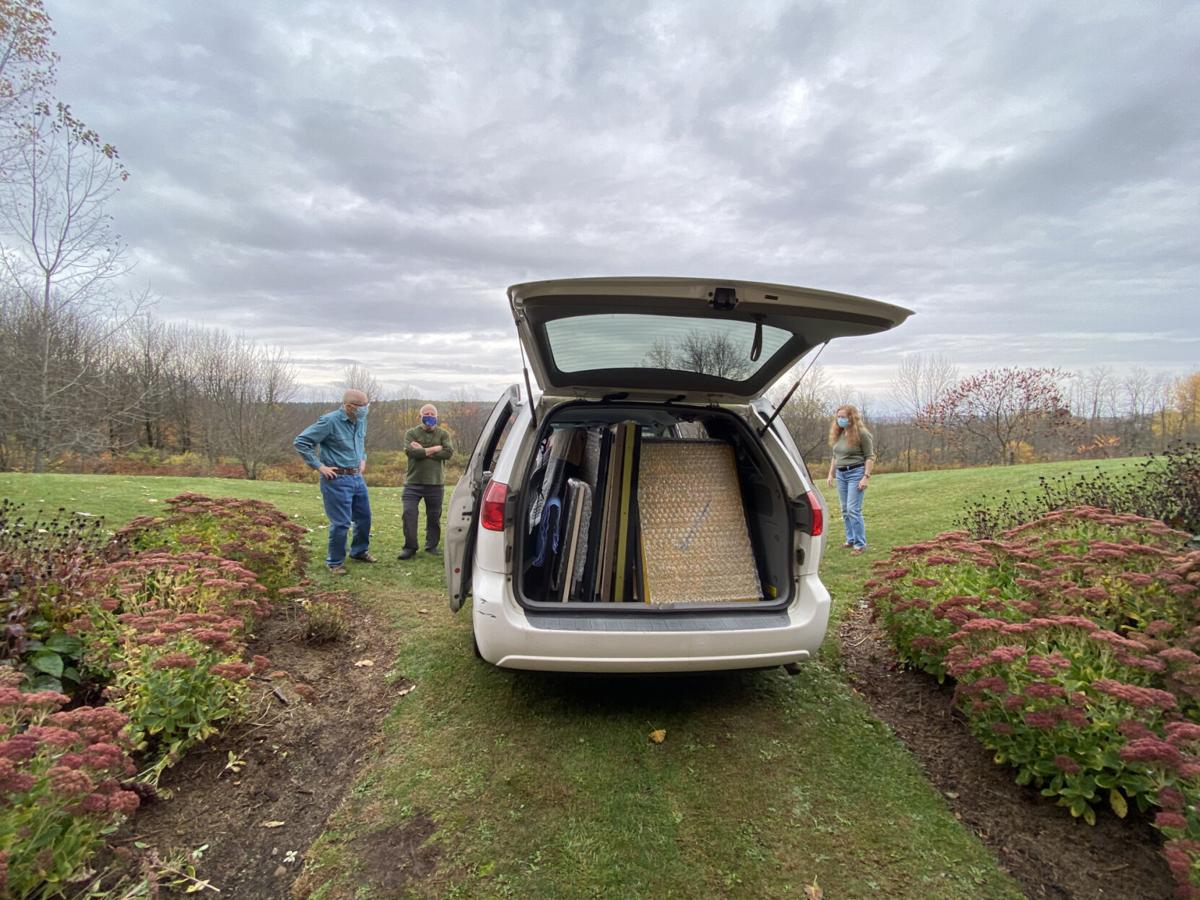 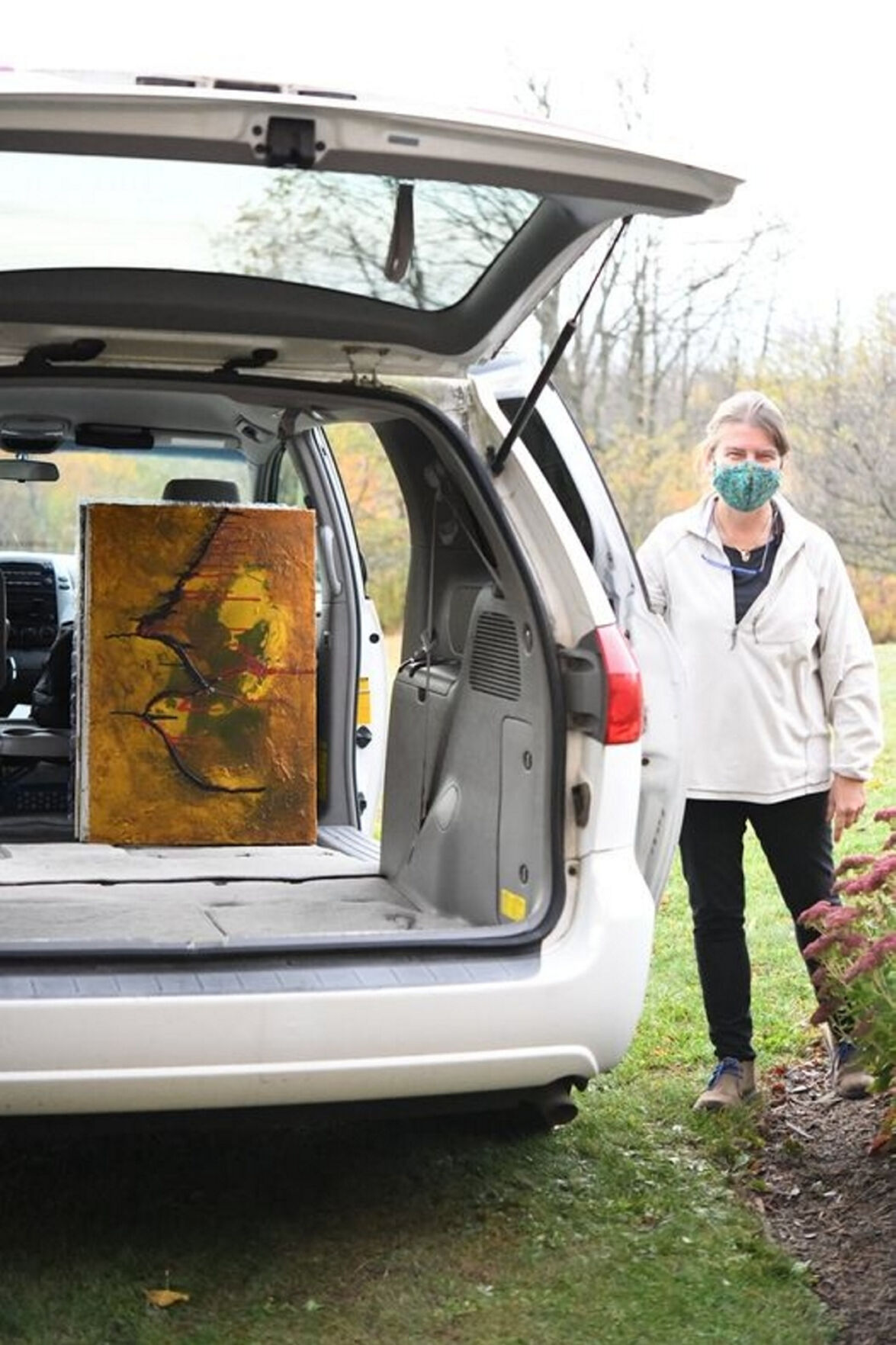 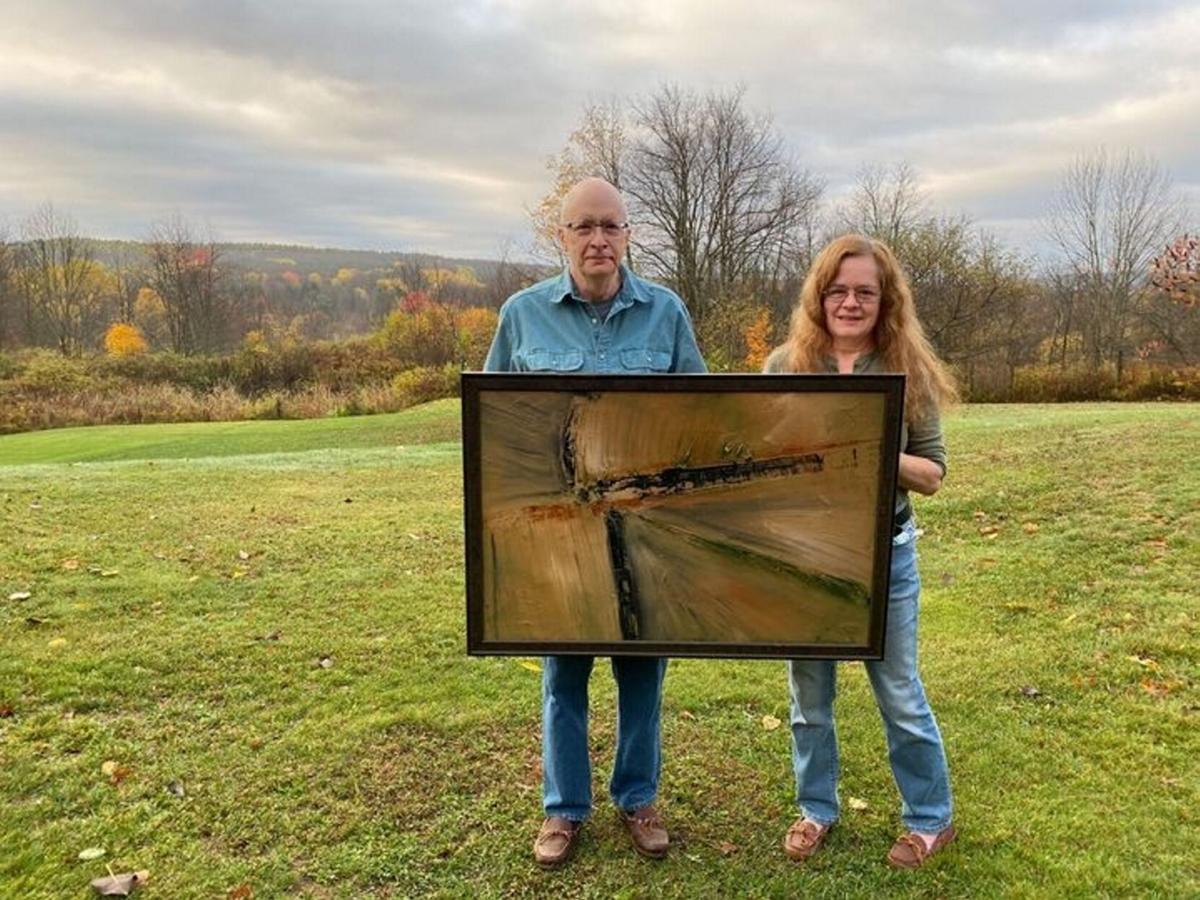 Jim Lyons-Hart, Frederic Remington Art Museum trustee, helps load Gregory Fedchak’s paintings into a van last week in Boonville. Mr. Fedchak’s body of work was transported to the Ogdensburg museum as part of an unrestricted gift written into the Fedchaks’ will. Provided photo

OGDENSBURG — Bubble-wrapped and blanketed in the back of a minivan, 82 original paintings traveled 98 miles from Boonville to Ogdensburg last week.

A gift of Boonville’s Gregory G. Fedchak, the cargo — 67 titled works and about 15 untitled — landed at the Frederic Remington Art Museum, 303 Washington St.

Museum Executive Director Laura A. Foster and Trustee Jim L. Lyons-Hart facilitated the transport of the abstract paintings, several of which have been featured in juried exhibitions at the Remington over the last 17 years.

Rewriting their wills this year, Mr. Fedchak and his wife Elaine have earmarked the majority of their estate for the museum as an unrestricted bequest. The painter’s body of work has also been donated, and sales of those paintings exclusively benefit the museum, “a way to help during our lifetimes,” Mr. Fedchak said.

“Elaine and I chose the Remington because, simply, they show a real, tangible interest in the north country that they are situated in,” he said. “They show an intense interest not just in their primary Remington mission but in all north country and Canadian artists and in their museum members.”

The Fedchaks’ estate plan is now a part of the museum’s William R. Clark Legacy Society, named for a museum trustee who left the museum substantial gifts when he died unexpectedly in 2013.

“It’s a wonderful way to wrap up my last couple weeks with the museum,” said Ms. Foster, whose retirement begins later this month. “It’s really a very high note for me.”’

Mr. Fedchak’s relationship with the Remington began in 2003, when he was looking for new venues for his work, outside local shows in the Boonville, Utica and Rome areas.

“In time, I began to appreciate the quality of the people who work there, and what they were doing for not just Frederic Remington’s work, but for the work of all north country and southern Ontario artists,” he said.

After working for the National Security Agency as a Korean linguist, the painter, writer and former columnist for the St. Lawrence Plaindealer started to paint “in earnest,” though his interest in art has crescendoed from childhood.

When a younger Mr. Fedchak moved with his family to Canton in 1966, he saw his first piece of modern art in person at St. Lawrence University.

“It blew me away,” he said. “I was about 10 years old at the time, and I had never realized that you could ever do anything like that — abstract art, I mean.”

“You can do that, up to a point,” he said, adding that he often holds back now, not wanting his pieces to feel too “gimmicky.” “After all, you don’t want the painting to fall apart, physically, and non-traditional materials are all prone to decay and abrasion. And quite often, you just don’t know how different materials will act or hold up.”

The museum plans to host a retrospective show of Mr. Fedchak’s paintings in its Torrey Family and Richard E. Winter Galleries when the ongoing COVID-19 pandemic subsides.