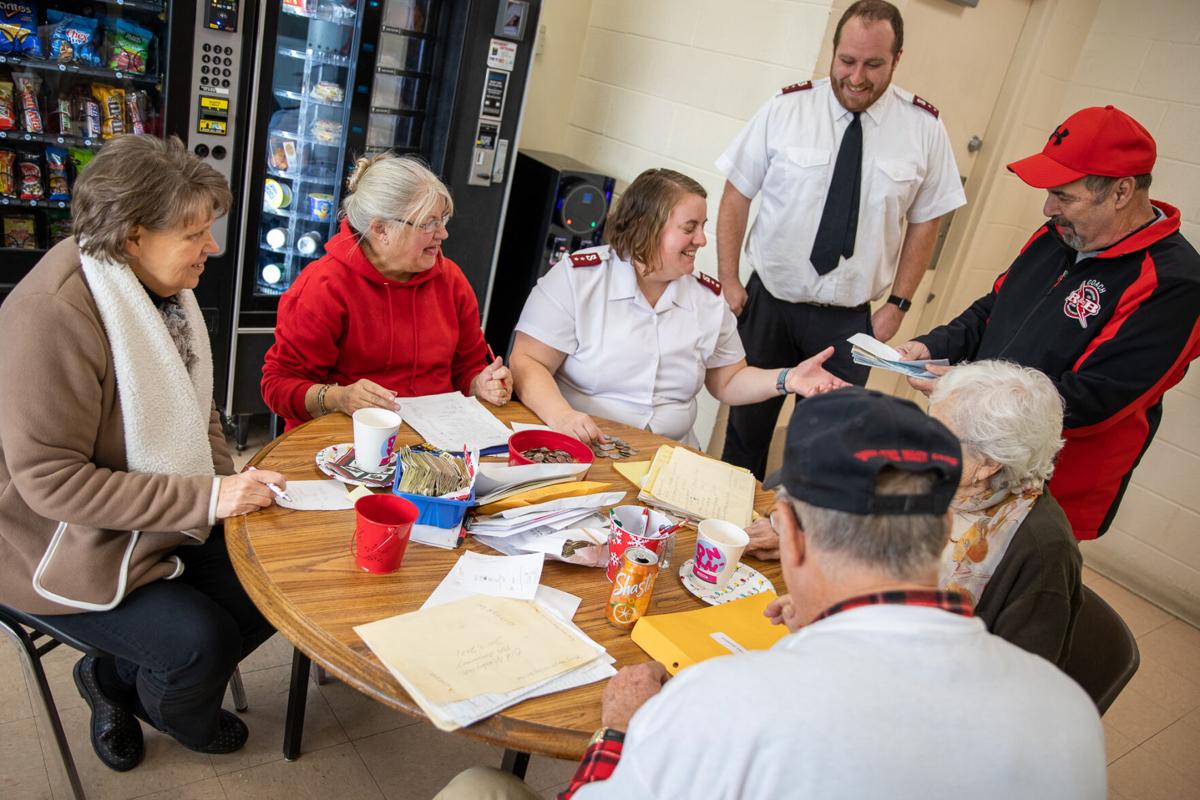 The Old Newsboys Day committee counts some of the proceeds from the day’s sale on Friday at the Times newsroom in Watertown. Kara Dry/Watertown Daily Times 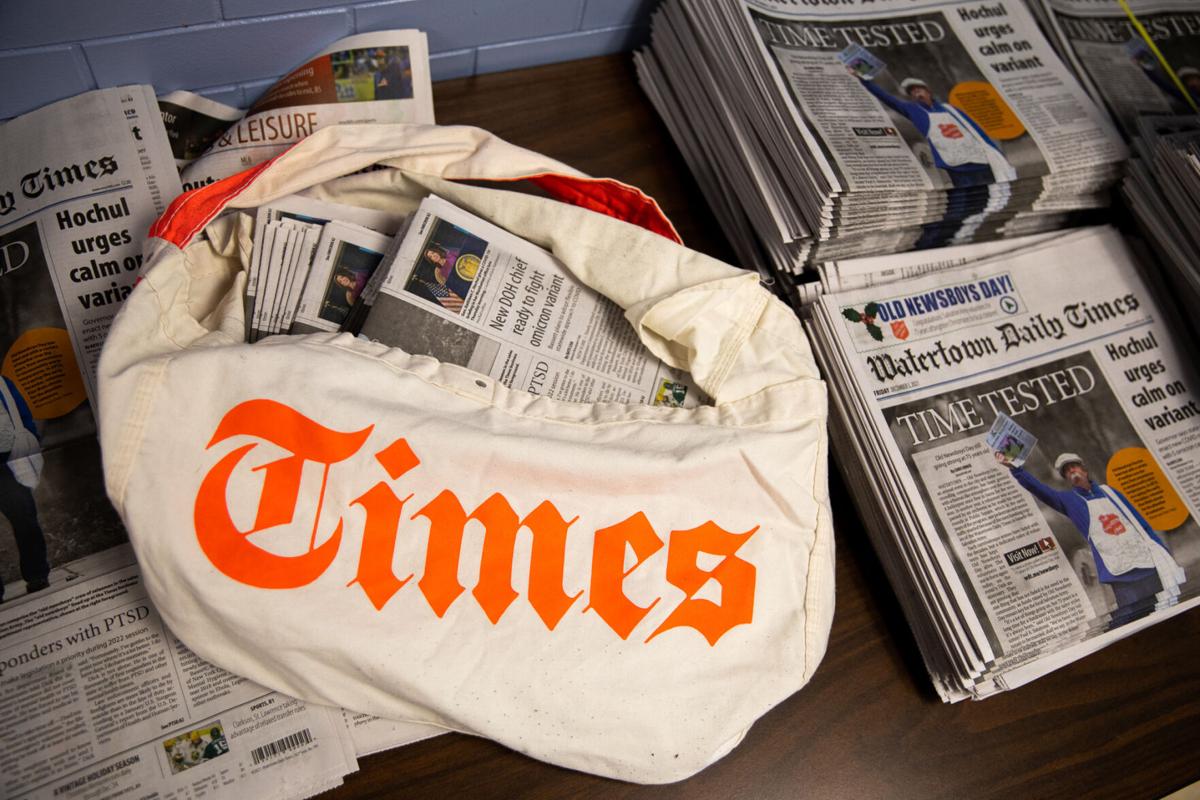 The Old Newsboys Day committee counts some of the proceeds from the day’s sale on Friday at the Times newsroom in Watertown. Kara Dry/Watertown Daily Times

WATERTOWN — Old Newsboys Day, an annual event in the city and some surrounding communities, continued Friday, with volunteers out in force on the event’s 75th year.

In keeping with tradition, the downstairs breakroom of the Watertown Daily Times, 260 Washington St., turned into the command center of the effort aimed at raising needed funds for the Salvation Army.

Volunteers new and old hit the streets early Friday morning, and continued well into the afternoon, selling issues of the Watertown Daily Times to community members for donations ranging from just above the $2 cover price of a newspaper to $100 and up.

“I look forward to it every year,” said David L. Bonney, volunteer coordinator of Old Newsboys Day. “Salvation Army is such a great charity and the generosity of north country people once again is outstanding.”

Mr. Bonney said this is the Salvation Army’s second-highest capital campaign after its Red Kettle program. In 1947, the first Old Newsboys Day in the area, volunteers, after selling 1,395 papers, brought in $938. Last year, the event garnered $21,645. Toward the end of the day Friday, the unofficial total was $16,600 with some sellers yet to return and add to the number. It is also expected that donations and funds will trickle in over the coming days, and Mr. Bonney said he was cautiously optimistic that the total could get to at least $20,000 when all is said and done.

The Johnson Newspaper Corporation has been involved with this fundraiser since the 1940s. Sponsored by the Watertown Daily Times, participants sell donated copies of the newspaper for prices ranging from the usual cover price to hundreds of dollars, with proceeds benefiting the local Salvation Army.

The money raised goes toward helping to provide needy families with food, toys and clothing at Christmas, along with supporting some of the organization’s programs and services throughout the year.

“The Salvation Army has been here forever and so has Old Newsboys Day, they melt and you can’t have one without the other it seems,” said Paul A. Simmons, chairman of the Salvation Army. “Every dollar that comes in feeds someone. The number of people that we’re feeding at the Salvation Army, it’s scary. We just did about 700 dinners for Thanksgiving. If you want to run numbers, if you went to Cracker Barrel $15 for a turkey dinner. Fifteen times seven hundred is $10,500 in meals given out for free.”

The Old Newsboys effort is made up of two facets, street sellers — people going out to different locations to sell the papers — and employees from locations like New York Air Brake, Samaritan Medical Center, area schools, and the Car Freshener Corporation going around and selling the papers to other employees in their buildings.

The event had about 15 industries this year and 20 or so street sellers all over, including on Public Square, at the General Store, Walmart, the Salmon Run Mall, and more.

As previously reported by the Times, the discovery of Old Newsboys Day was a pleasant surprise to Captains Dominic and Elizabeth Nicoll of the Watertown Salvation Army. Coming from Burlington, Vt., they took up duties at the local Army on July 1, replacing Majors Karen and Dennis Smullen.

“It’s a great fundraiser,” Cpt. Dominic Nicoll said of his first experience with it. “It’s something that we’re not really used to, but it’s something that’s making a big impact out there.”

As with many local fundraising efforts, volunteers are always needed, as well as more locations to sell papers, Mr. Bonney said. He is in his 45th year as coordinator and has been assisted over the years by his wife, Janyth “Jann” L. Bonney. As volunteer coordinator, his tasks include counting receipts, distributing newspapers to salespersons and routing drivers heading out to businesses with papers in tow.

“I usually tell people that I’m selfish because I can wake up Christmas morning and have a really good feeling that I have played at least a role in a wonderful charity that’s going to be responsible for placing gifts underneath the tree and a holiday meal to the less fortunate,” Mr. Bonney said. “That’s why I feel good about coming back every year.”