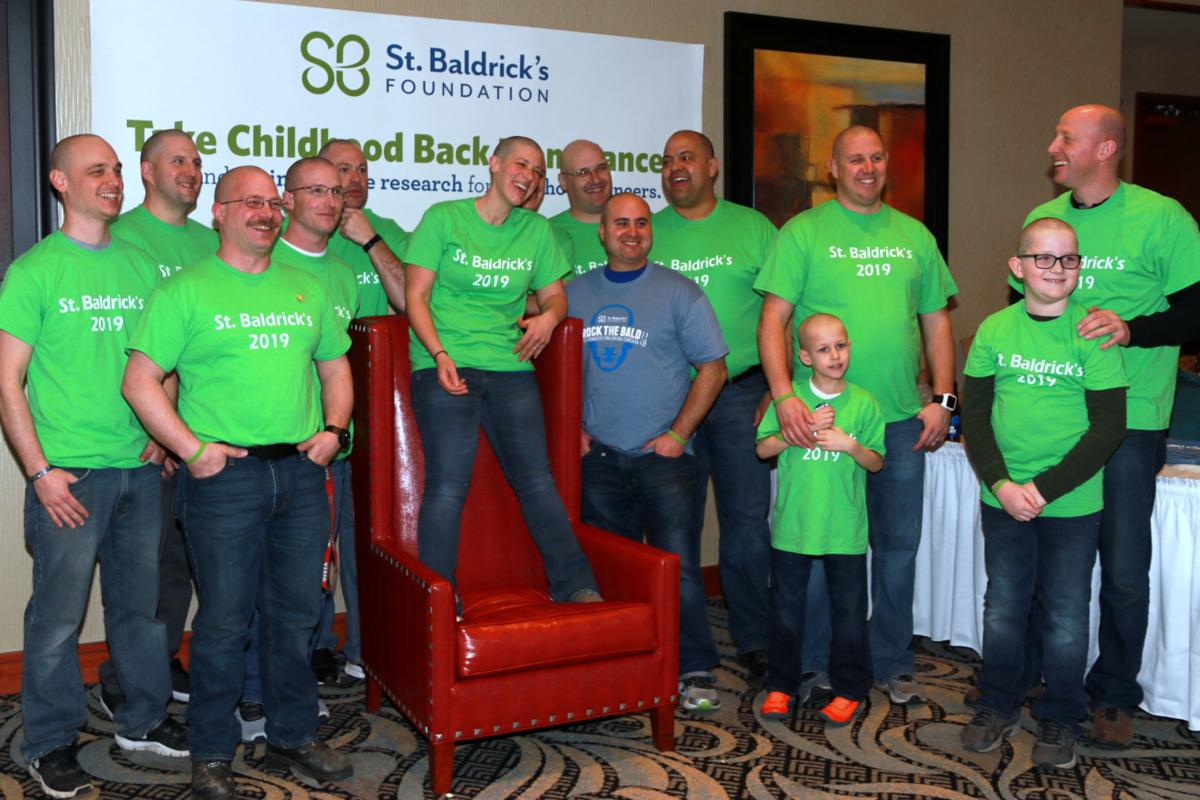 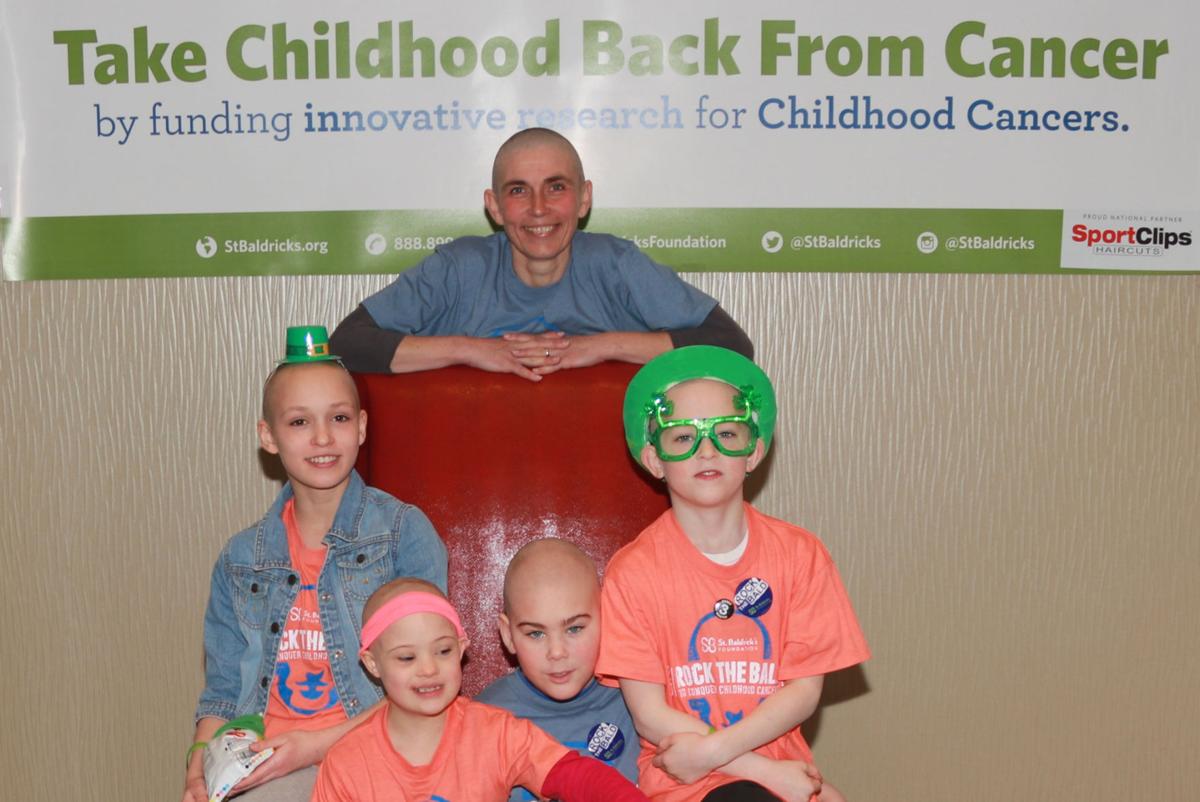 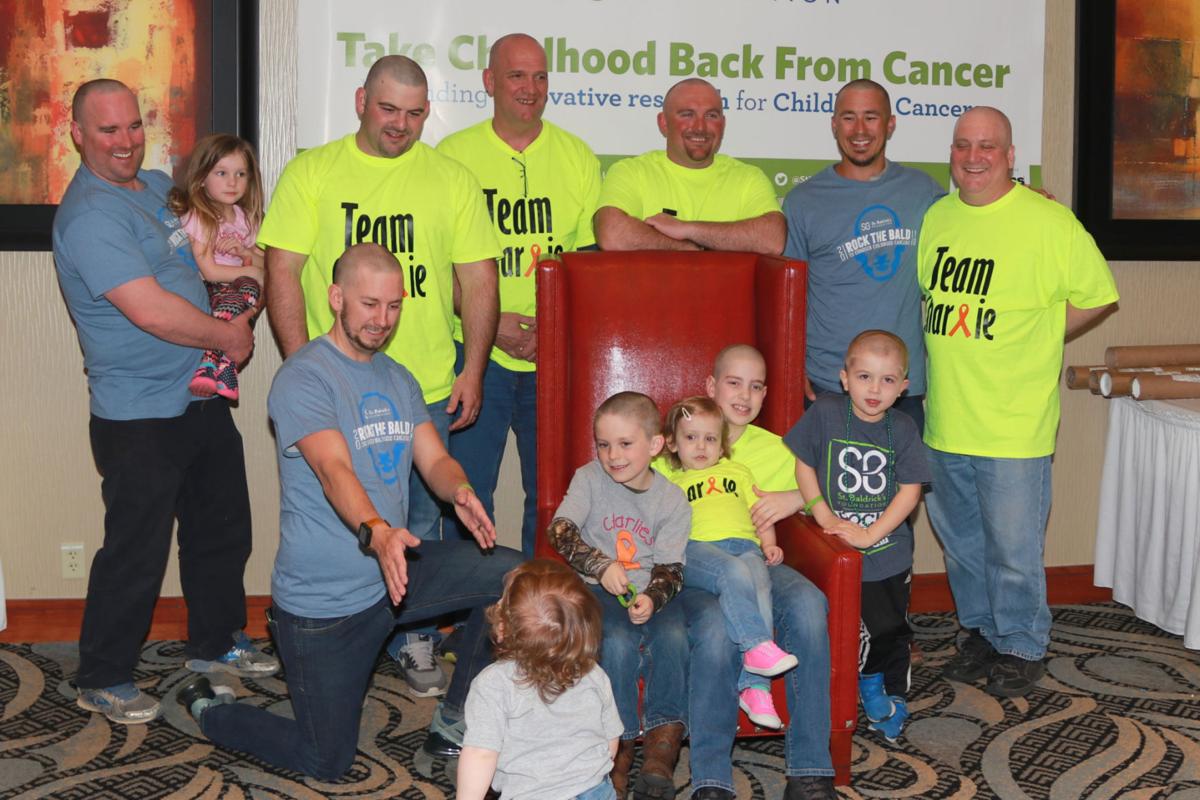 OSWEGO COUNTY - What started in the back room of the VFW in Oswego in 2007 with about 40 people has become one of Oswego County’s biggest fundraising events. This year’s St. Baldrick’s Day in Oswego County fundraiser is scheduled for Sunday, March 29 at the Lake Ontario Event and Conference Center in Oswego, running from 1-4 p.m.

“We’ve changed venues three times since our first year, because we outgrew our previous locations, which is a great thing to happen,” observed Dan Witmer, who serves as the St. Baldrick’s VEO (Volunteer Event Organizer). “We went from the VFW to a meeting room in the College’s Campus Center for two years or so, and then moved downstairs to the Food Court for a few more. But we had too many people even in that space, so we asked George Broadwell for his banquet hall in the Best Western/Captain’s Quarters, and we’re very grateful that he’s offered it to us ever since.”

What started about 20 years ago as a barroom bet between six New York City friends has grown into an international organization that funds more childhood cancer research grants than any other non-government source. The St. Baldrick’s Foundation’s signature head-shaving fundraisers show support and solidarity for sick children worldwide. “They don’t have a choice when they lose their hair, but we do,” explained Jim Omundsen, shavee recruiter for this year’s local event.

Shavees can register online and accept donations by phone, online, or in cash or checks. They also have the option to form fundraising teams, which encourages friendly competition and brings even more of the community together.

“Right now we have 21 teams registered – which is great – but I’d love to see about five or ten more,” said Witmer. “One of the more satisfying aspects of these events is seeing these teams form, from all corners of the county, and compete for fundraising bragging rights. Right now the Fulton Police Benevolent Association is leading the way, with nine team members and over $4,600 showing on the website, but we’ve got five other first-responder teams, too.” In fact, fundraising teams representing the New York State Police, Fulton Firefighters, Lake City Police Club, Oswego County Deputies, and Phoenix Police are participating this year.

Other teams include the Ancient Order of Hibernians, Oswego Minor Hockey, and one of Witmer’s personal favorites, The Bearded Brethren. “They’re a group of guys with big beards, former Hannibal students of mine, and they come back year after year, shave their heads, and raise a lot of money.”

The largest fundraising team is the SUNY Oswego men’s lacrosse team, with 31 team members registered. “In just the past week, they’ve raised more than $700, but they managed to raise more than $6,500 last year, so we’re looking to see if they can match or exceed that this year,” said Witmer.

A new team is Team Morisette, with Oswego State women’s hockey player Emma Morisette pledging to “Brave the Shave” this year. In just two weeks, the junior has raised more than $1,800.

Two teams, Girls Gone Hairless and Charlie’s Angels, are shaving and raising funds with specific children in mind. In fact, there are 19 Honored Kids from Oswego County on the St. Baldrick’s website, “and we know there are a lot more than that,” said Omundsen.

Other fundraising efforts coincide with the shavees collecting donations. There was a fundraising night at the Oswego Fajita Grill in early February, and the Oswego Sub Shop is hosting a St. Baldrick’s Night on Monday, March 30. Paul’s Big M, the Oswego Hibernians, Gibby’s, The Club House, Lagrafs, and Bosco’s are all selling Lucky Charms, with all proceeds going to St. Baldrick’s.

This year’s reach actually extends beyond Oswego County. Organizers have coordinated an Oswego St. Baldrick’s Night at the Syracuse Crunch game this Saturday, and they’ve received a lot of raffle and silent auction items from both Destiny USA as well as the Rochester area.

“Locally, we’ve heard from the Oswego Classroom Teachers Association, Mexico Academy and Central School District, and Kingsford Park Elementary School so far, all pledging to contribute raffle baskets and/or monetary donations towards our fundraiser,” said Sandy Pike, Event Treasurer. “As we approach the four-weeks-to-go mark this weekend, we’re right on pace with our most successful years, so we’re all excited.”

With 75 shavees registered, Witmer and Omundsen are hoping the final number will be over 100 by the end of March. “If we can get to 100 or even 125, we can come close to or pass our best year ever,” said Witmer. “People can register the day of the event, but to raise money, it usually takes a few weeks of advance work.”

Added Omundsen, “It’s getting late, but it’s not too late. The St. Baldrick’s website even has a ‘Four-Week Fundraising Plan’ available for its shavees.”

With people and businesses from Hannibal, Oswego, Fulton, Mexico, Pulaski, and Phoenix all contributing to this year’s March 29 event, St. Baldrick’s Day in Oswego County certainly draws out the generosity and support from a wide area – all in an attempt to help children who are diagnosed with cancer every two minutes. To register, learn more, or make a donation, go to www.stbaldricks.org. Questions about this year’s event can be directed to Witmer at 315/529-5154, or daniel.witmer@oswego.edu.