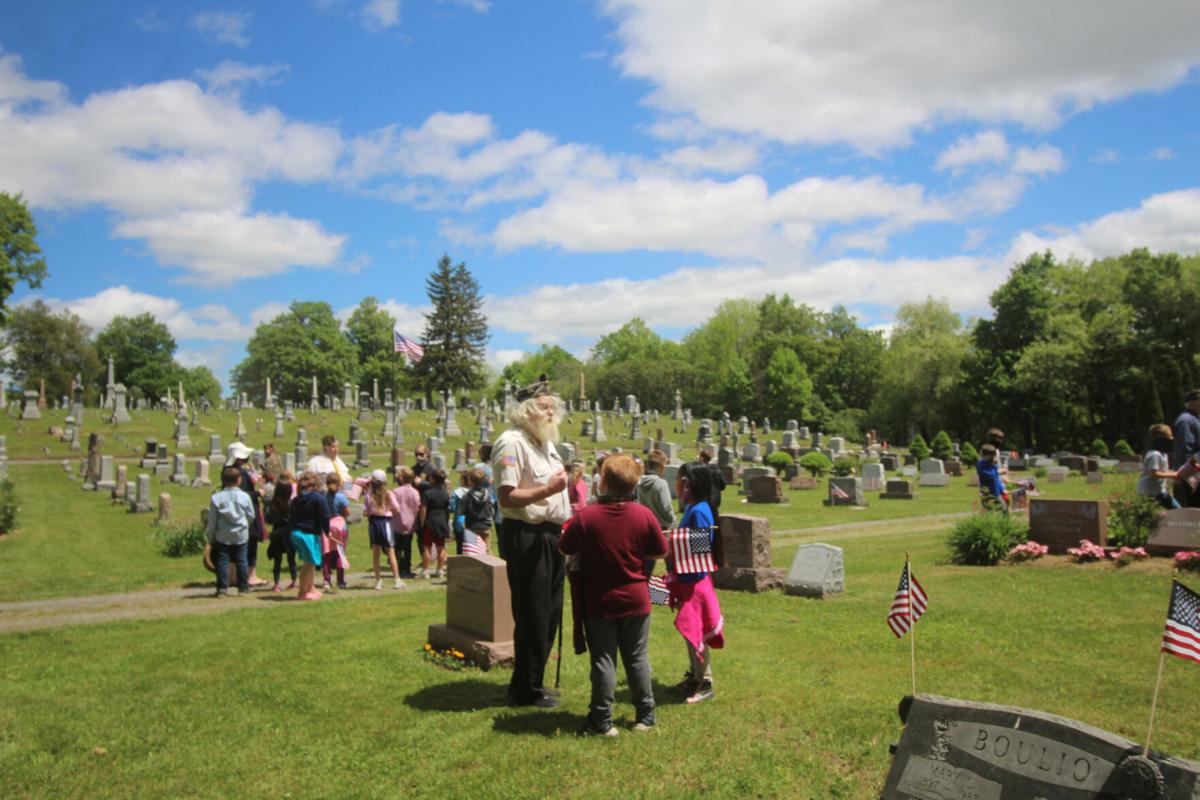 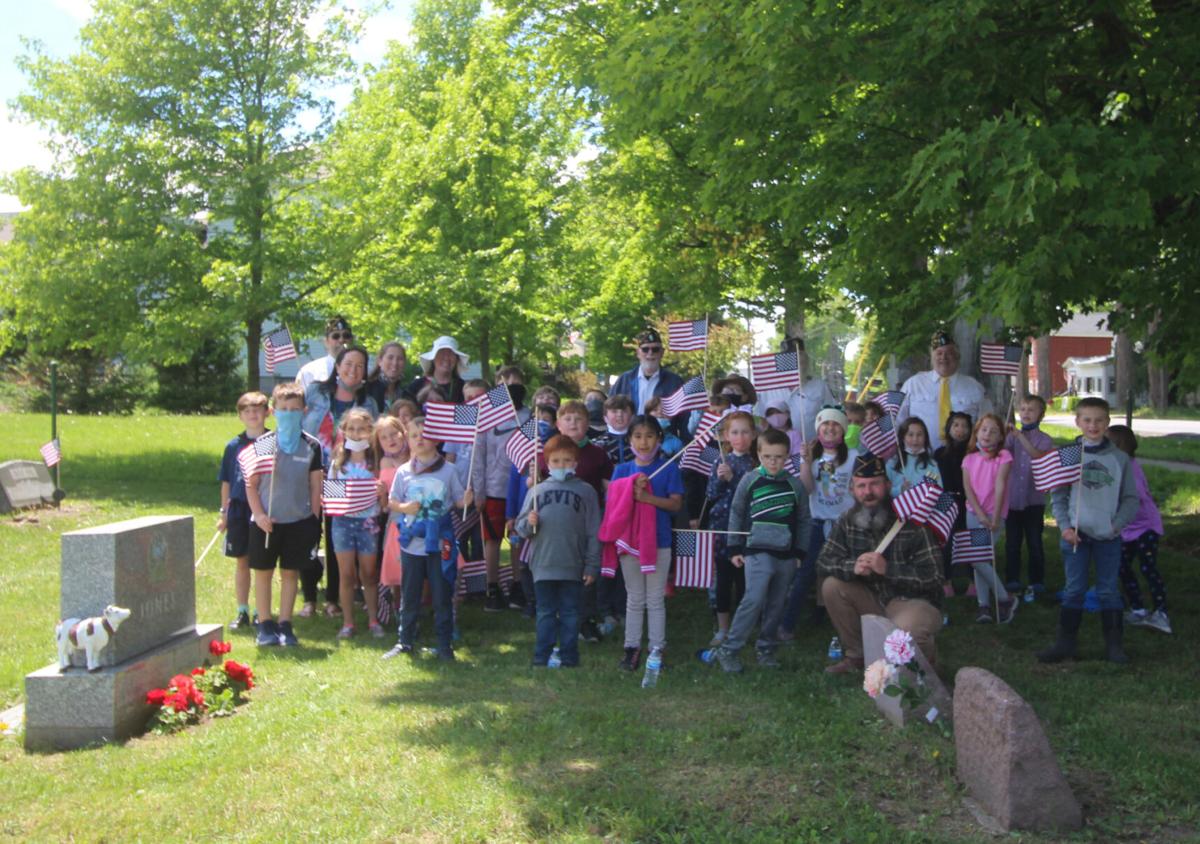 Second-graders from Copenhagen Central School and the American Legion members gather at Riverside Cemetery to plant flags at the graves of veterans prior to Memorial Day. Brian Rice/Johnson Newspapers

Second-graders from Copenhagen Central School and the American Legion members gather at Riverside Cemetery to plant flags at the graves of veterans prior to Memorial Day. Brian Rice/Johnson Newspapers

COPENHAGEN — Memorial Day weekend is here and the American Legion has placed flags on the graves of deceased veterans.

In Copenhagen, the legion had assistance from a small source once again. Copenhagen Central second-grade students have resumed the tradition of helping the American Legion place flags at the Riverside Cemetery.

The students walked up from the school Thursday with members from the American Legion New York Post 0723, Copenhagen.

“I think it sets a good tradition for the kids,” retired Marine and Commander Post 0723 Lester Beyer said. “They’ll remember how they honored veterans and set flags on their graves. It’ll stick with you later in life and remind you that veterans are worth honoring.”

The American Legion takes time to flag the cemeteries every year, including the small and older ones.

“I flag the misbegotten cemeteries, like up by Mud Street Road or the one on Roberts and Old State,” retired Sgt. First Class and Post 0723 Adjutant James H. Koch Sr. said. “I put up the flags for the cemeteries we do in Harrisburg, Pickney and Denmark. The three biggest cemeteries we flag in Denmark are Riverside, the one I always fight over, Fairview, and Swineburn.”

The tradition of the second-graders flagging the graves began in 2000 and happened every year since then except for last year due to COVID-19. Students involvement began with the two second-grade teachers at the time, one of whom was present this year.

“My dad died in 1999, he was a Naval vet and my coworker, Karen Reed, her father was an Army vet,” Cyndy Pridell said. “We had this idea that it would be a great way of flagging the cemetery because it got too much for the American Legion to flag every stone, Once Karen and I retired, the new second-grade teachers promised to keep on the tradition.”

The tradition got so popular, Ms. Pridell recalled people calling the school to inform them when a family member who served in the military was missed by the second-graders placing flags.

The 20-year streak was broken last year because of COVID.

In response to questions about whether their tradition would last to get it back up to another two-decade streak, Mr. Beyer said, “I think we’ll still be doing this in 20 years, hopefully, we’ll still be having kids still come up.”