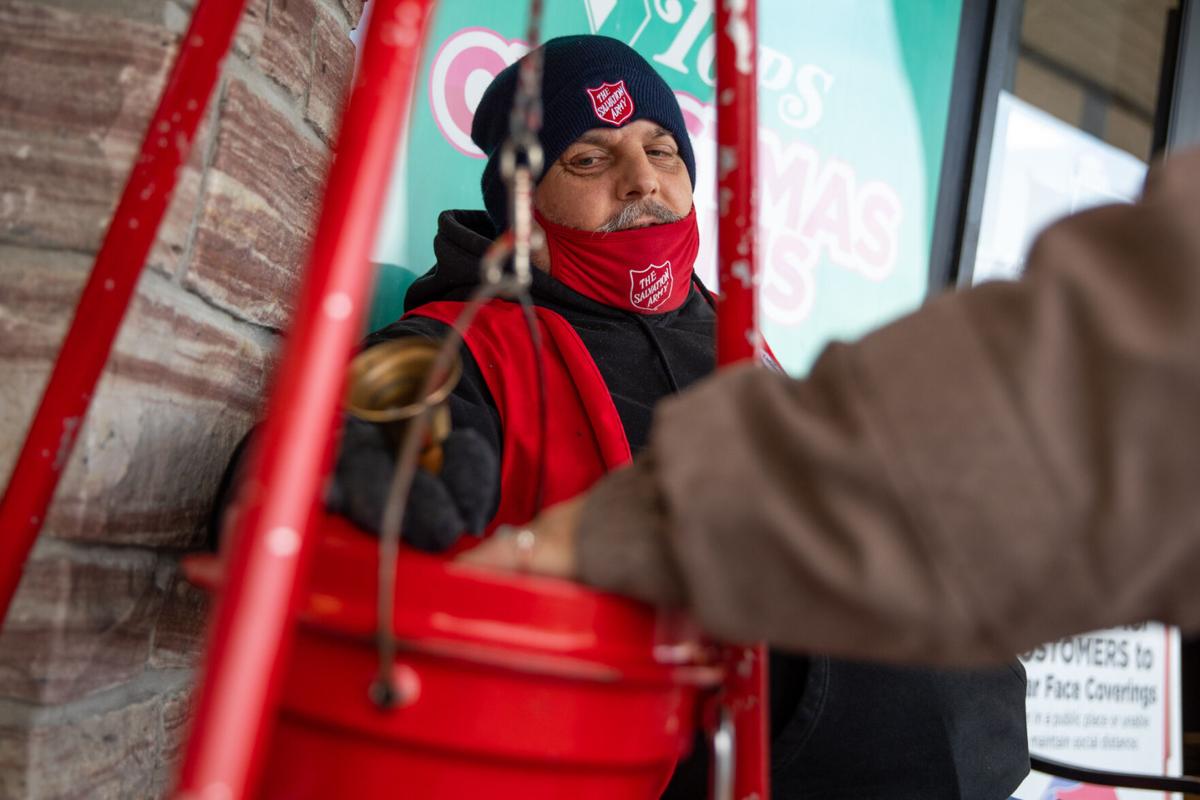 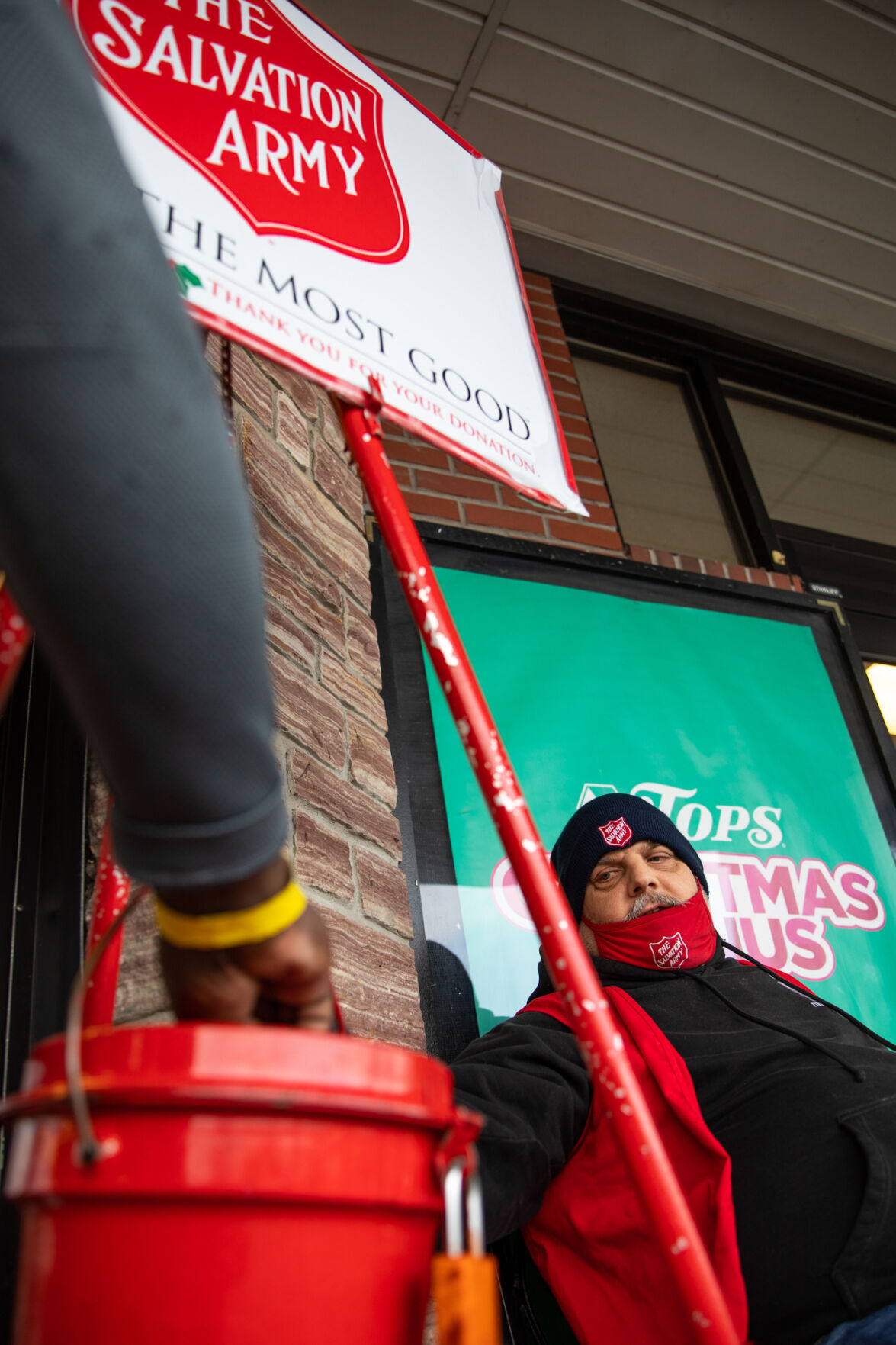 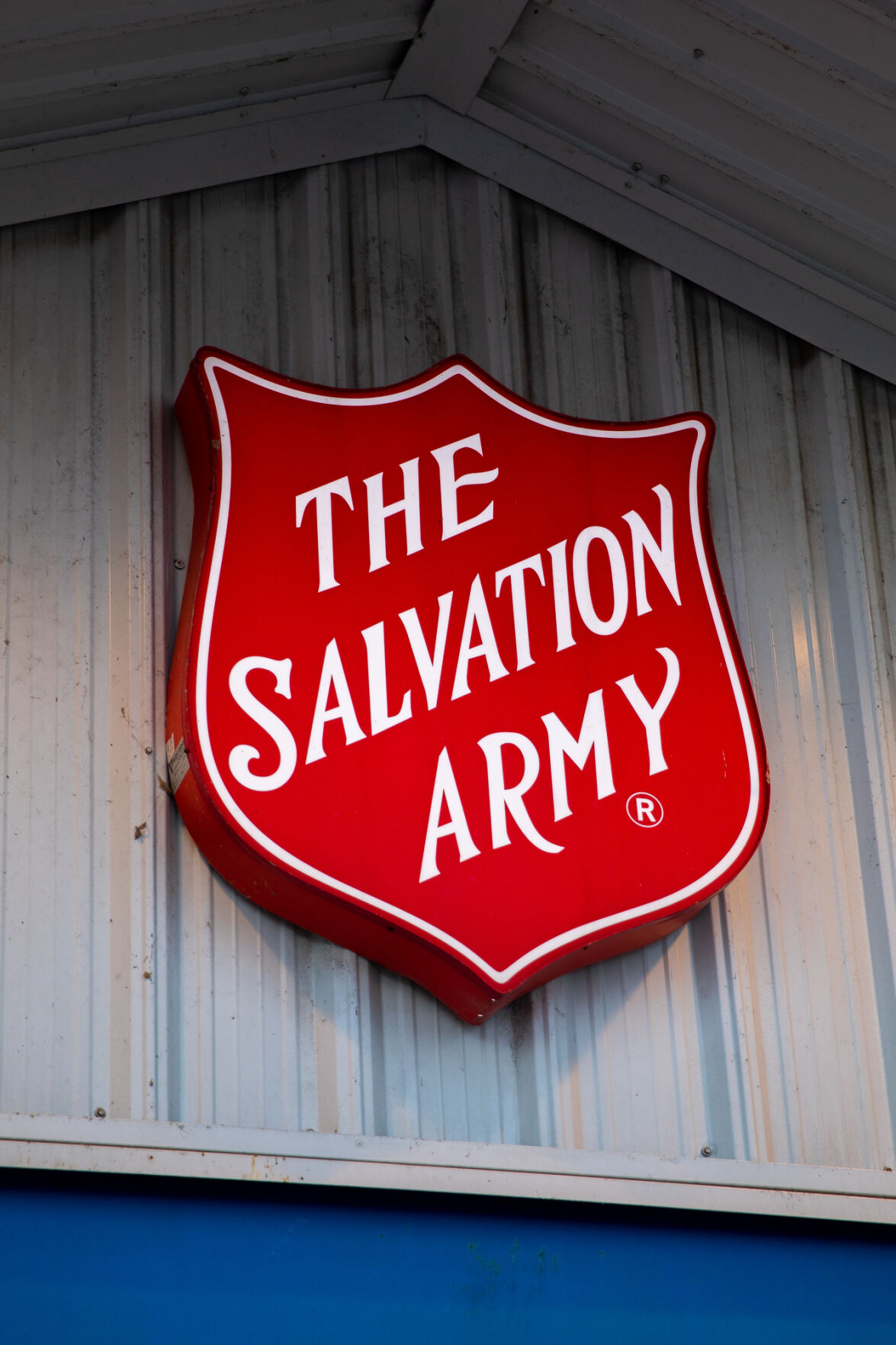 WATERTOWN — The city-based Salvation Army needs some help for its Red Kettle campaign to reach the black this year.

The annual kettle drive is the Salvation Army’s biggest fundraising event. The origins of the fundraising tradition go back to 1891 in San Francisco. There, a Salvation Army captain resolved to provide a free Christmas dinner to the area’s poor residents. To pay for the food, his thoughts went back to his days as a sailor in Liverpool, England.

“On the Stage Landing he saw a large pot, called ‘Simpson’s pot’ into which charitable donations were thrown by passers-by,” according to redkettlevolunteer.org.

The goal of the Watertown drive this year is $62,000, said Capt. Elizabeth Nicoll of Watertown’s Salvation Army.

Capt. Nicoll and her husband, Capt. Dominic Nicoll, began their Watertown duties on July 1, replacing Majors Karen and Dennis Smullen, who stepped down. Watertown was their 11th Salvation Army assignment, following duties in communities in Pennsylvania and New York.

Capt. Nicoll grew up in Syracuse. The couple previously served in Ogdensburg and Cortland, and most recently, before Watertown, in Burlington, Vt. She said her husband is a native of England.

Paul A. Simmons, chairman of the Watertown Salvation Army’s board of directors, said volunteers are needed to staff the Red Kettles.

“People just don’t want to get out and volunteer right now,” he said. “We’re probably at 50 percent where we can cover kettles. But we’ve got them ready to go all over the place.”

In addition to the lack of volunteers, there seems to be fewer people out and about at stores.

“I think the biggest challenge is either people are shopping online or doing the store pickups,” Capt. Elizabeth Nicoll said. “So, they’re not even walking in and out of the stores. But our kettle campaign is our biggest fundraiser of the year, and it keeps us going, keeps our lights on, our employees paid, keeps our soup kitchen running and all of that. So it’s really important that we hit our goal.”

Mr. Simmons said the need in the community has increased. Last year, he said the Watertown Salvation Army provided 37,000 free meals to the needy, and the pace being set this year will be more than 30,000.

Like last year, because of the pandemic, Mr. Simmons said the Thanksgiving meal at the Watertown Salvation Army will be take-out only.

He added the Salvation Army is trying to expand its youth programs and food giveaways.

“When you give us money, it’s well spent,” Mr. Simmons said.