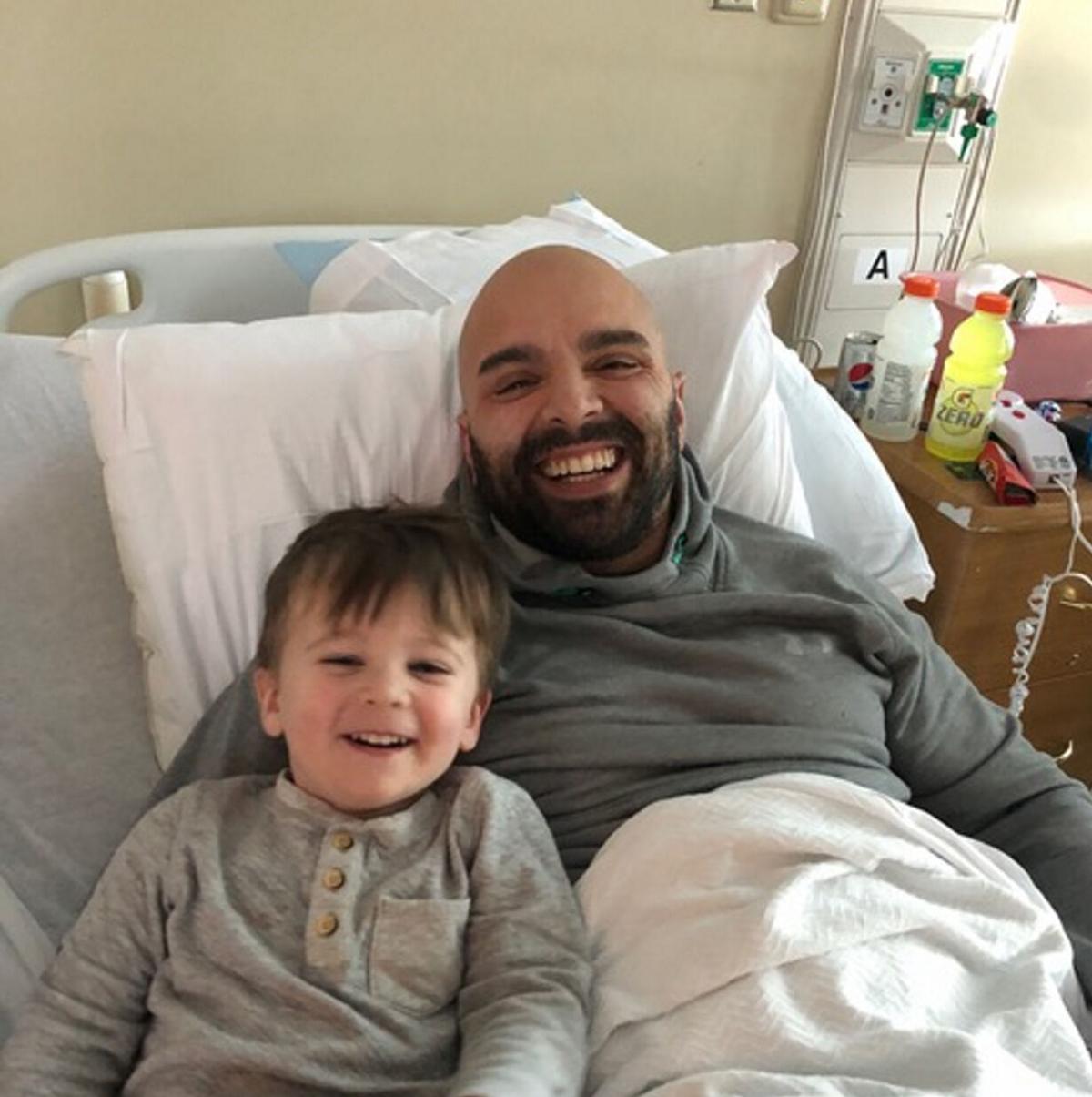 Joseph “Joe” R. Nunez, right, is pictured during one of his initial hospital stays. Provided photo 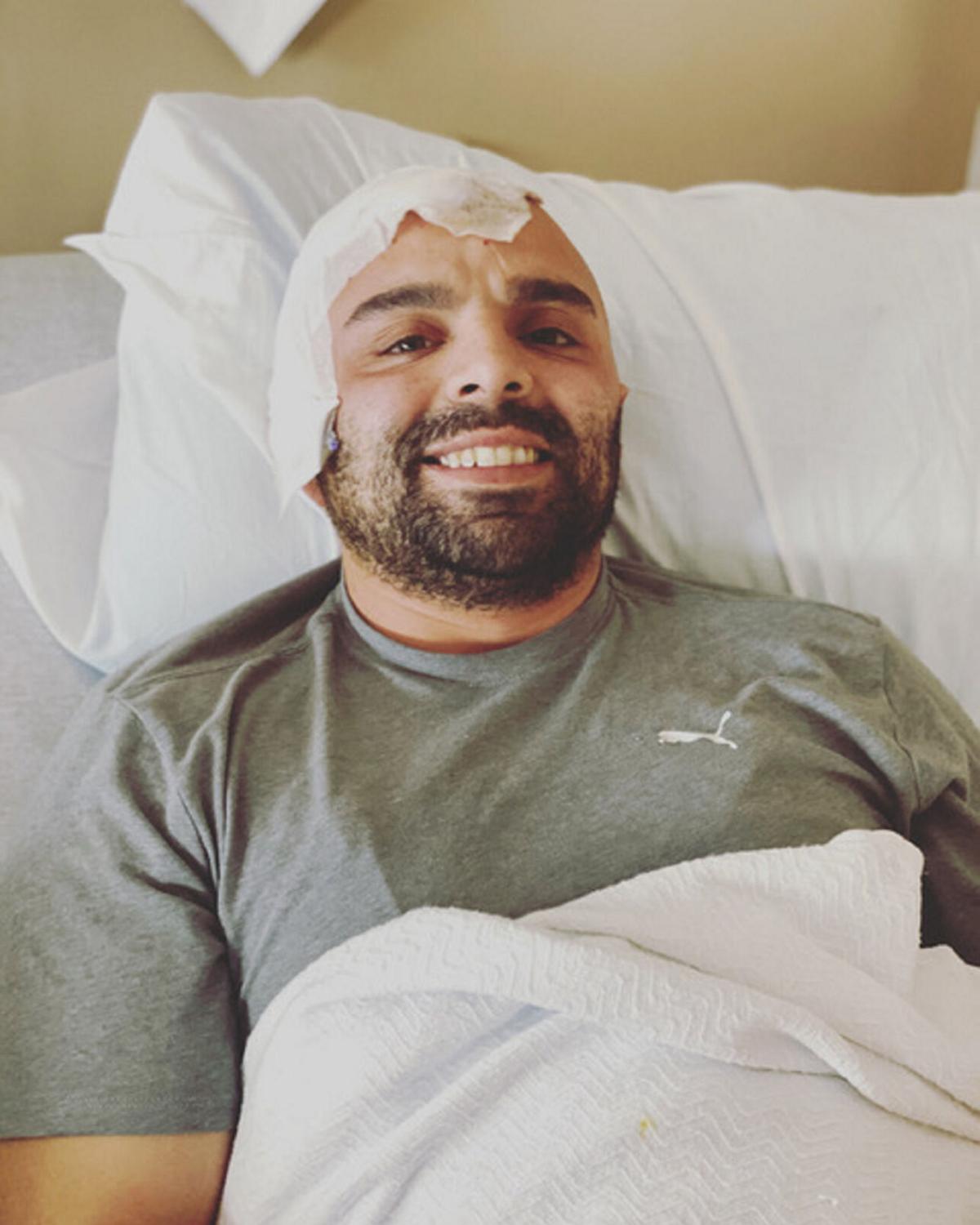 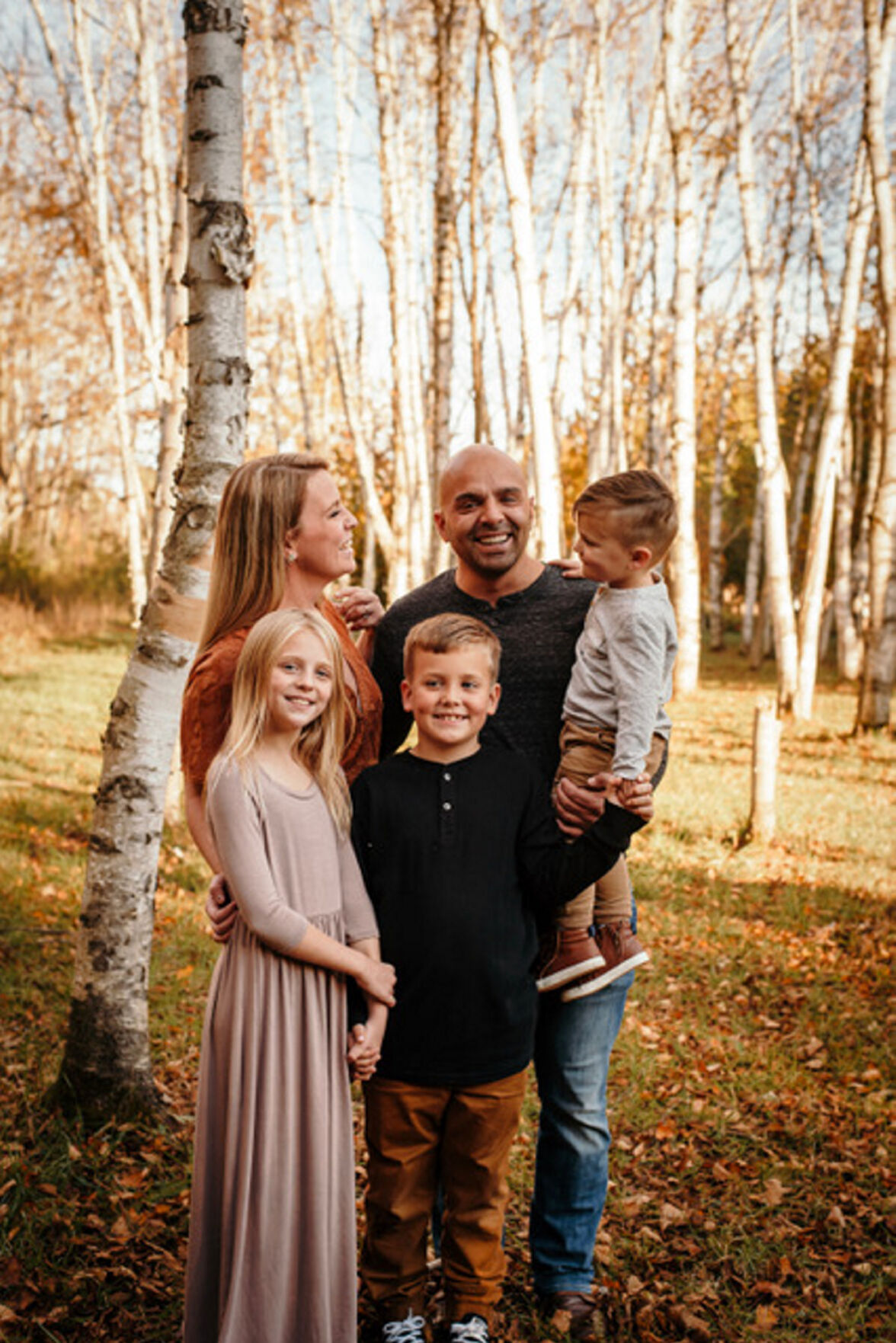 Joseph “Joe” R. Nunez and his family one year before his diagnosis. Provided photo 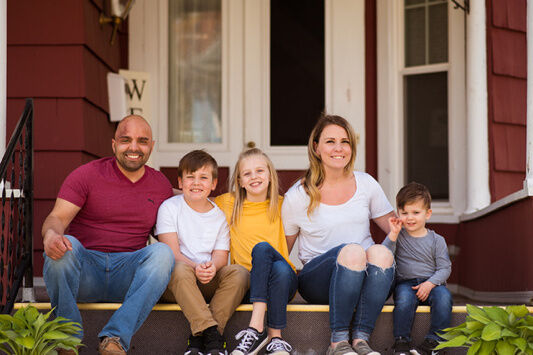 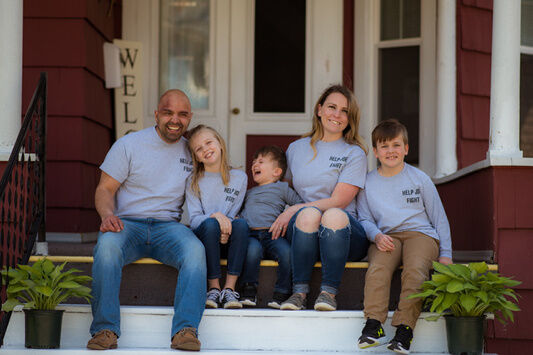 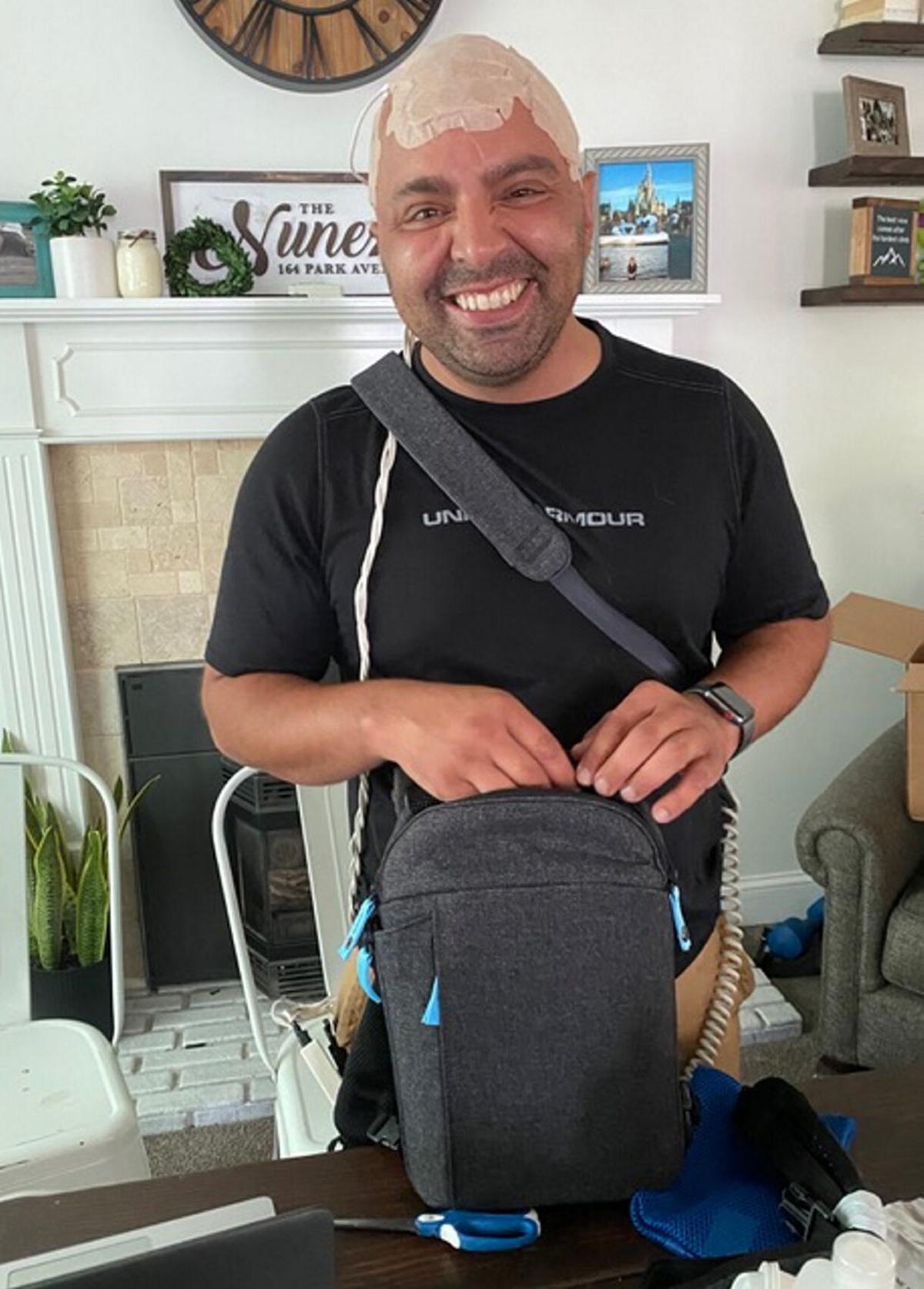 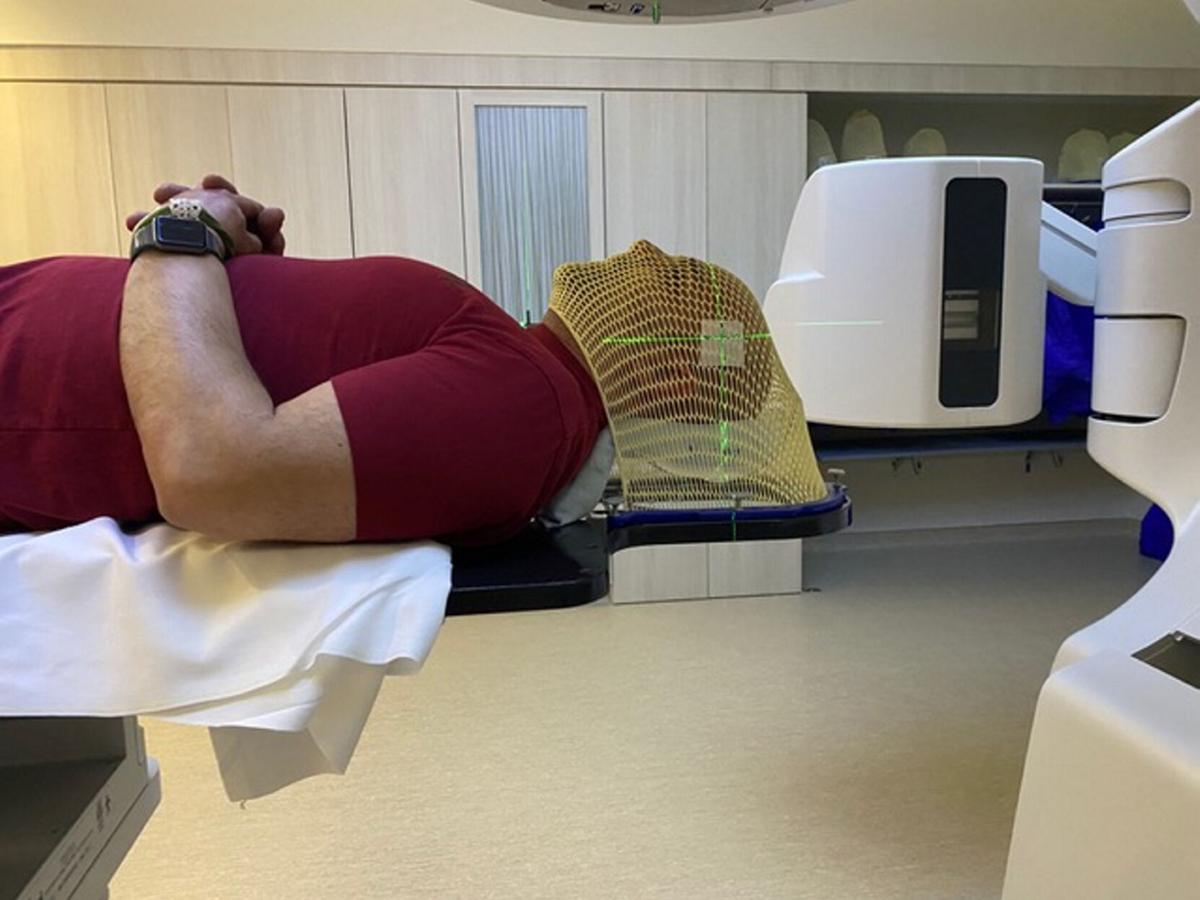 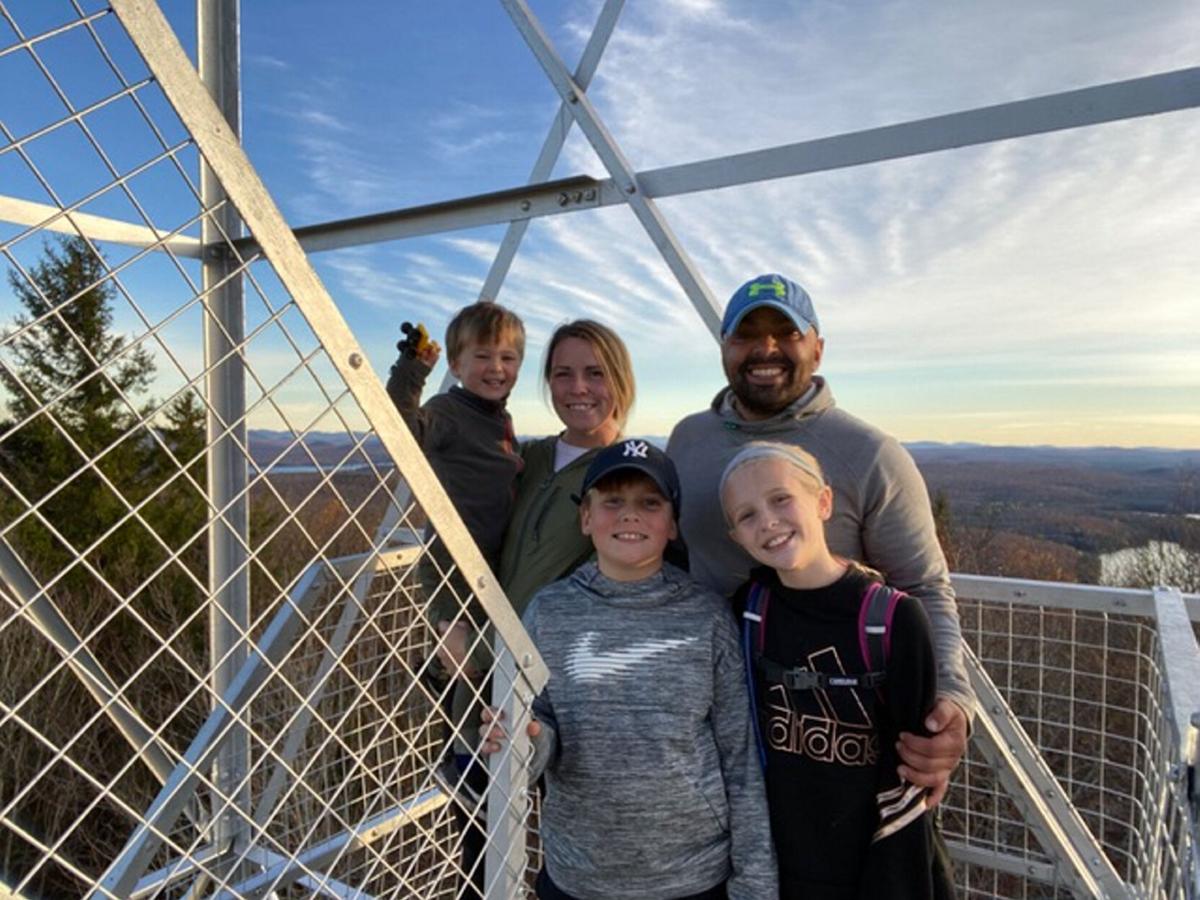 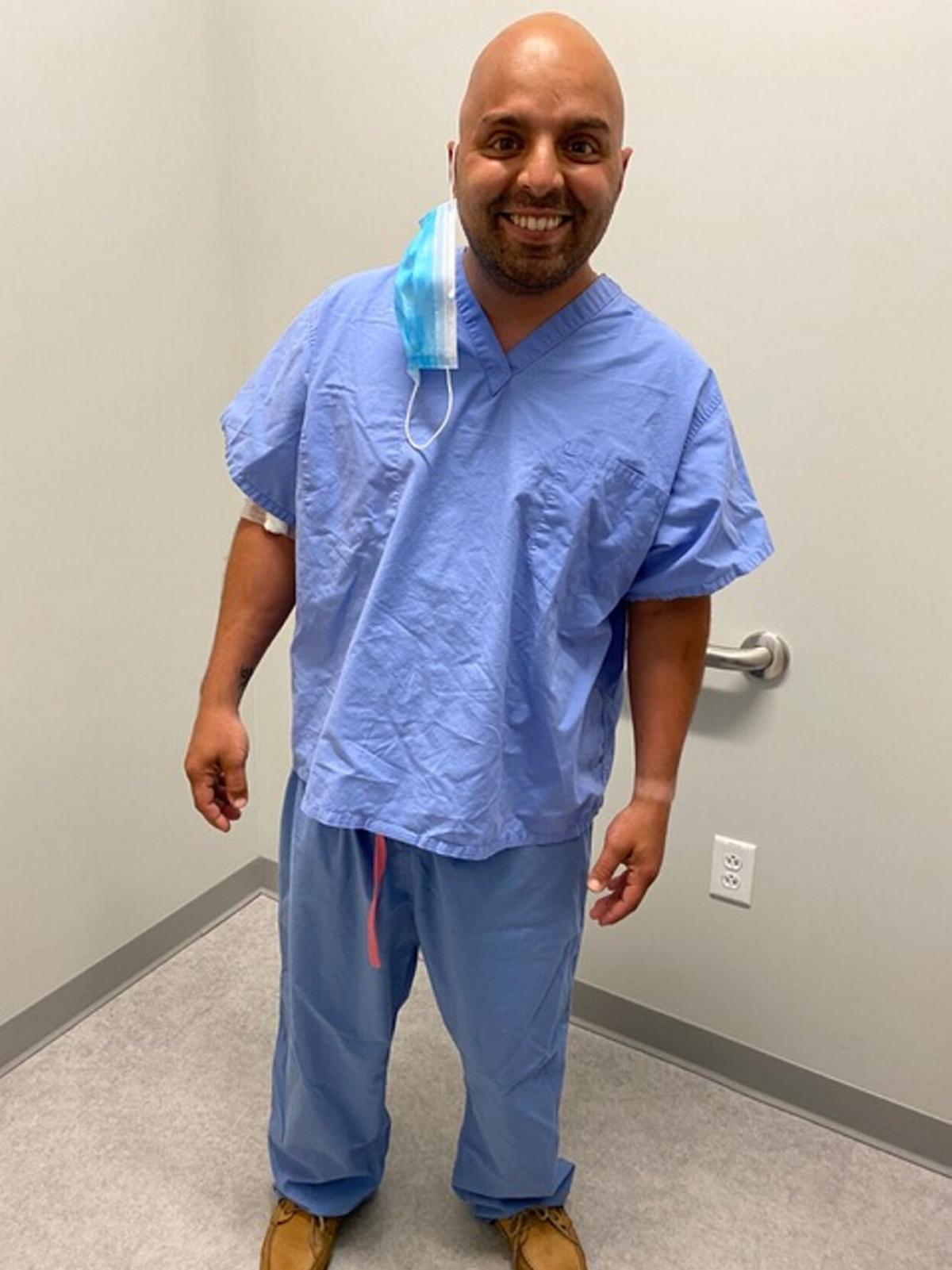 Joseph “Joe” R. Nunez, right, is pictured during one of his initial hospital stays. Provided photo

Joseph “Joe” R. Nunez and his family one year before his diagnosis. Provided photo

CLAYTON — Sitting at his desk at work last January, with no prior symptoms, Joseph “Joe” R. Nunez started experiencing chest pain and numbness in the fingers. He then woke up in the hospital to be told he had a grand mal seizure.

After a CT scan and an MRI, doctors at Samaritan Medical Center in Watertown saw what looked to be a mass or infection growing on his brain. He was then transferred by ambulance to Upstate Medical University in Syracuse for further evaluation.

On Feb. 4, 2020, Mr. Nunez was told that it was indeed a malignant tumor growing on his brain. On Feb. 13, he returned to Upstate for an eight-hour craniotomy and biopsy on the right temporal lobe to discover how aggressive this glioma was.

About a week later, Mr. Nunez received the news that this cancer is glioblastoma. Glioblastoma can form in the brain or spinal cord and begins in cells called astrocytes that support nerve cells. It’s the most aggressive type of tumor that arises in the brain and one of the most lethal forms of brain cancer, according to the Glioblastoma Foundation. A few notable figures diagnosed with glioblastoma include Sens. John S. McCain and Edward M. Kennedy, and Gordon E. Downie of The Tragically Hip.

“It was scary but you got to do what you got to do,” Mr. Nunez said recently of his diagnosis. “You’ve got two choices when something like this happens: you can either sit around and wait for the worst news to come and lay down, or you can just keep moving forward.”

The news has prompted an outpouring of community support for Mr. Nunez and his family.

Mr. Nunez has gone through 33 rounds of radiation alongside monthly chemotherapy treatments and countless MRIs. Up until Jan. 5 of this year, his tumor was stable. Now his tumor is growing, and in other areas of the brain, such as his cerebellum. He will now work alongside doctors with Roswell Park Cancer Center in Buffalo and Dana Farber in Boston to find the best suitable clinical trial.

Mr. Nunez, now 34, is a full-time car salesman currently employed with FX Caprara Honda in Watertown. He and his fiancée, Lindsey R. Branche, bought their first home in July 2019. The high school sweethearts got together when Ms. Branche was a sophomore and Mr. Nunez was a senior. Fifteen years later, they’re still going strong and have three children together: Braelyn, 11, Bennett, 9, and Maddox, 3.

In these times of economic uncertainty amid the ongoing COVID-19 pandemic, Mr. Nunez and his family have added expenses to worry about now. In light of this, family friend Catherine Towles, a former coworker of Ms. Branche’s, decided to get involved and try to raise some money to cover medical bills and whatever else the family may need. Currently, there is a fundraiser on Facebook to benefit Mr. Nunez.

In the past, Ms. Towles had set up a similar fundraiser around the time of Mr. Nunez’s first surgery, and helped coordinate a spaghetti dinner fundraiser that took place on March 7 at Spook Hill Bar and Gill in Adams Center.

“I got involved because no matter what, if I needed help with anything, those guys they’re there,” Ms. Towles said of her friends. “It doesn’t matter if Lindsey had two dollars left to her name, if I needed two dollars, she would give that.”

As of Sunday afternoon, the Facebook fundraiser had raised $2,465 out of its $10,000 goal. Those interested in donating to the family may do so by following this link: wdt.me/ZncEbr.

One member of the FX Caprara Honda family, Coty Morgia, has known Mr. Nunez for about 10 years, with the two previously working together at Papa Tino’s Pizzeria before coming to the dealership.

“He’s a great guy who would do anything for anyone,” Mr. Morgia said. “He’s also a hard worker, I mean this guy hasn’t taken a day off besides for his appointments. He’s still working right now, which is crazy. I wouldn’t be able to do it, the kid’s a warrior really. I come into work, I’m tired, I get a headache, and I look at him and I’m like, I can’t even complain.”

Throughout this journey, Mr. Nunez has remained positive and tries to remain as active as he can be. Being a father is his number one priority and why he is determined to stay as healthy as he can for as long as he can.

Part of the recurrence, along with the tumor found on the back of the cerebellum, two little ones were found on Mr. Nunez’s left and right ventricles and are suspected to be in his spinal fluid as well. According to Mr. Nunez, with the leptomeningeal disease, where the cancer is spread into the spinal fluid, there are not a lot of options for treatment.

He said they don’t really know what the plan is right now. Doctors are sort of throwing different things at it and hoping something works because as of right now, nothing is. He and Ms. Branche have looked up countless different clinical trials to see what he might be eligible for, even through cancer centers out of state, but no one will do anything without consulting with each other.

In the meantime, as treatment is figured out, the local community will make sure Mr. Nunez and his family are taken care of. Though Mr. Nunez and Ms. Branche are independent people who like to do everything themselves, and find it hard to be in the position where he may have to stop working and they could struggle financially, they are grateful for the support they continue to receive.

“Right from the beginning, the support, people that you wouldn’t expect come out of everywhere with words of encouragement and support for the family,” Mr. Nunez said. “From the people that I work with, people that I don’t know calling, texting and stopping by the house; it’s been amazing.”