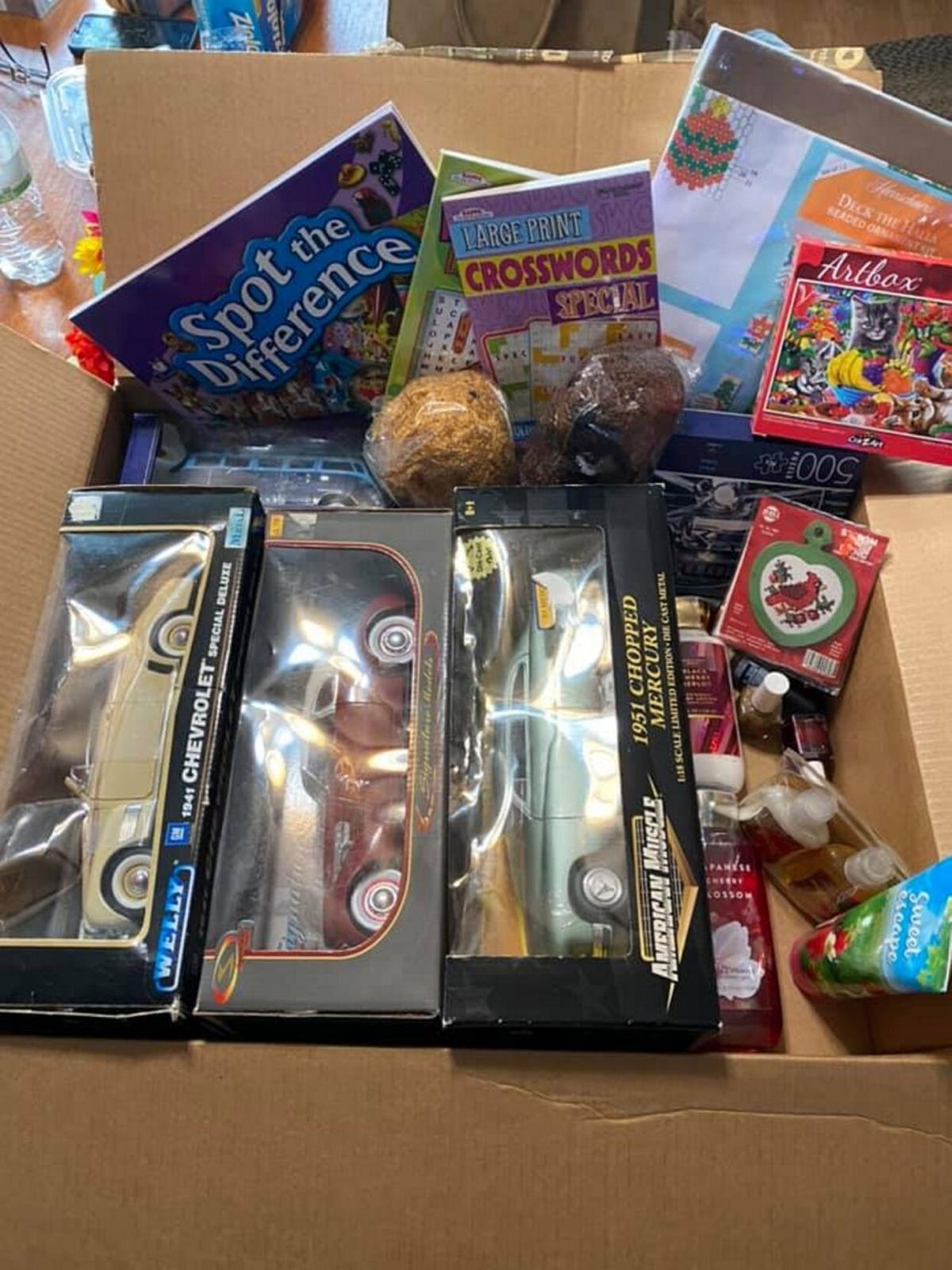 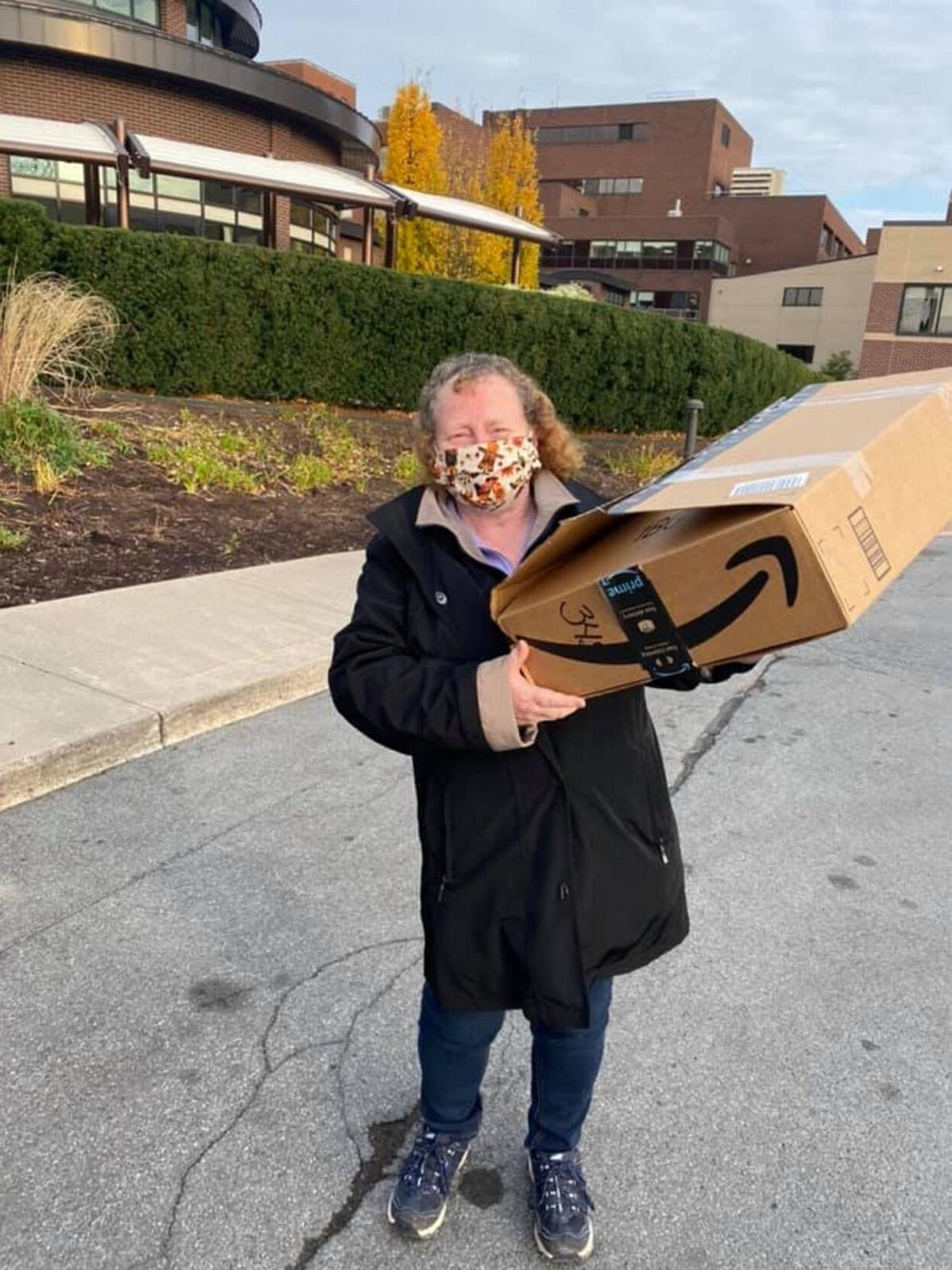 Eartle Merrill stands outside of Samaritan Medical Center with a box of donated items for residents of both Summit Village and Samaritan Keep Home. Provided photo 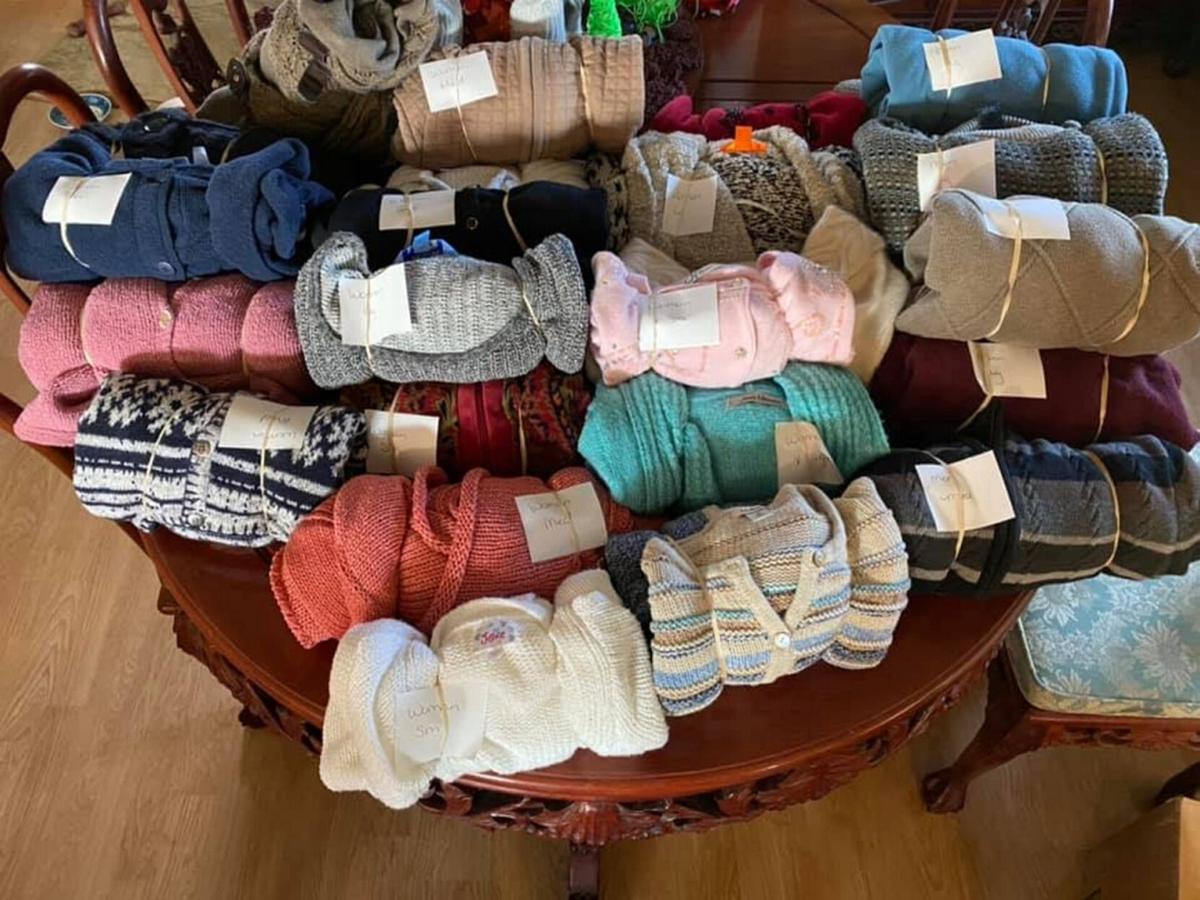 Eartle Merrill stands outside of Samaritan Medical Center with a box of donated items for residents of both Summit Village and Samaritan Keep Home. Provided photo

WATERTOWN — Amid the ongoing COVID-19 pandemic, a local effort is underway, committed to bringing holiday cheer to the city’s nursing home residents.

A Facebook group called Christmas for Nursing Home Residents, started by Samaritan Medical Center nurse Kim M. Corcoran, RN, was originally intended to be an effort within Samaritan’s network to gather donations for residents of both Summit Village and Samaritan Keep Home, which would be distributed a few days before Christmas.

“With the lockdown and very limited visitation, I didn’t want the residents to feel like they were forgotten,” Mrs. Corcoran said. “I wanted to try to bring up their spirits a little bit.”

Mrs. Corcoran will have been a nurse with Samaritan for 20 years in November. She saw something someone else posted on Facebook looking to make gift bags for 53 nursing home residents in Carthage and thought it was a great idea. So she decided to try to do the same for residents of Summit Village and Samaritan Keep Home. Upon learning there were about 540 residents, she quickly realized she would not be able to take this on alone, so she made the Facebook group to see if some of her friends and coworkers would be interested in helping out.

Much to Mrs. Corcoran’s surprise and delight, the effort has taken off to include more community members along with Samaritan employees.

So far, the group has a little more than 200 members on Facebook, with another couple hundred invited, and others are sharing the message outside of the group, turning the donation gathering effort into a larger mission for the surrounding community to show up for Samaritan’s nursing home residents and show them people are thinking of them this holiday season.

Those interested in donating may place items in designated boxes around Samaritan Medical Center, Summit Village or Samaritan Keep Home, or may donate money to the effort if they prefer. Questions may be directed to the Facebook group.

Mrs. Corcoran said she’s hoping to have everything collected by Dec. 1 to get everything to residents by Dec. 20.

Items that may be donated to the effort include, but are not limited to, sweaters, blankets, socks, books, puzzles, crosswords, playing cards, silk flowers, picture frames and Christmas ornaments. Store bought baked goods like cookies and cakes will be accepted so long as they are individually wrapped.

“People are just stepping up with stuff and so I’m hoping we’ll have a wonderful turnout,” Mrs. Corcoran said. “If it’s something that works, then maybe it’s something we can do every year.”

Mrs. Corcoran included in her original flyer for donations that she would love to have local kids involved making pictures for residents to be included with the gift bags. Due to COVID-19 safety measures, Mrs. Corcoran is currently working with the nursing homes to coordinate the delivery of the gift bags.

Facebook users can join the group if they request to do so.

“I really thank everyone for getting behind and supporting this idea,” Mrs. Corcoran said. “I wanted to be able to provide something to these residents and just want to thank people for coming forward and helping out with this great cause. I didn’t know it was gonna go viral in the whole community, so it’s a little overwhelming, but I’ve got great support.”