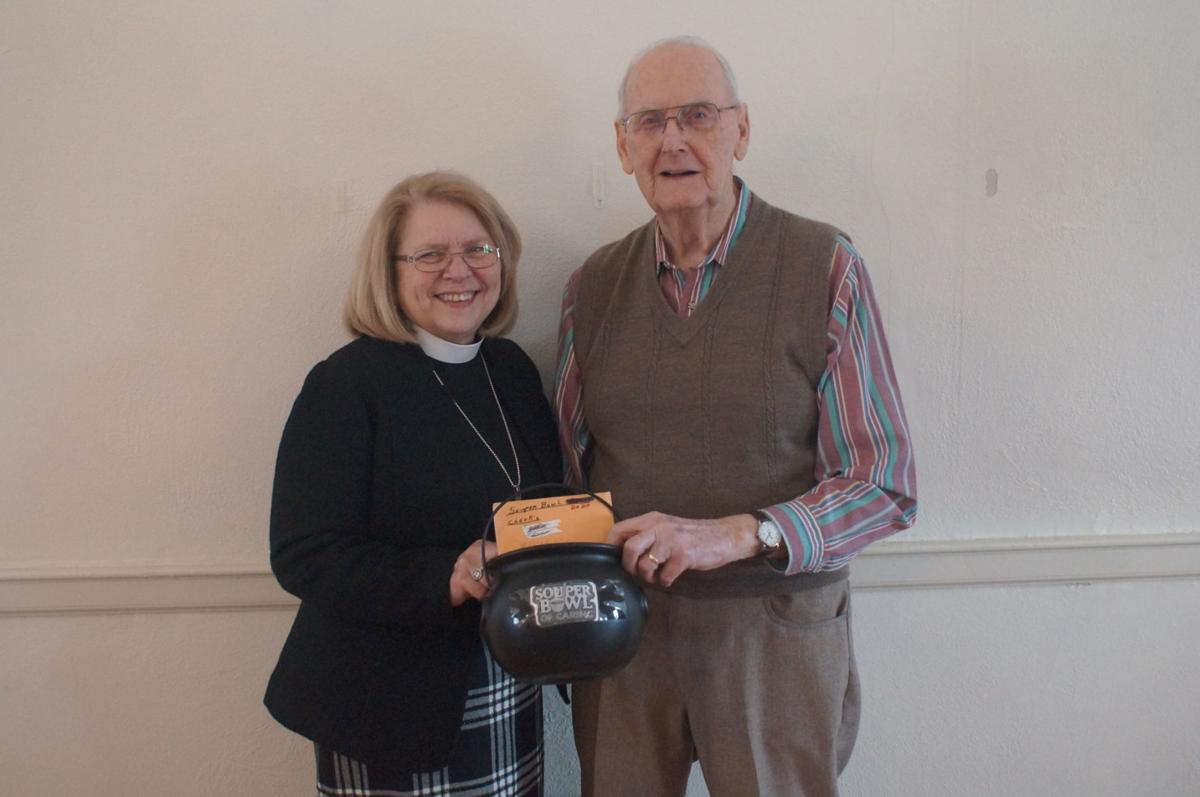 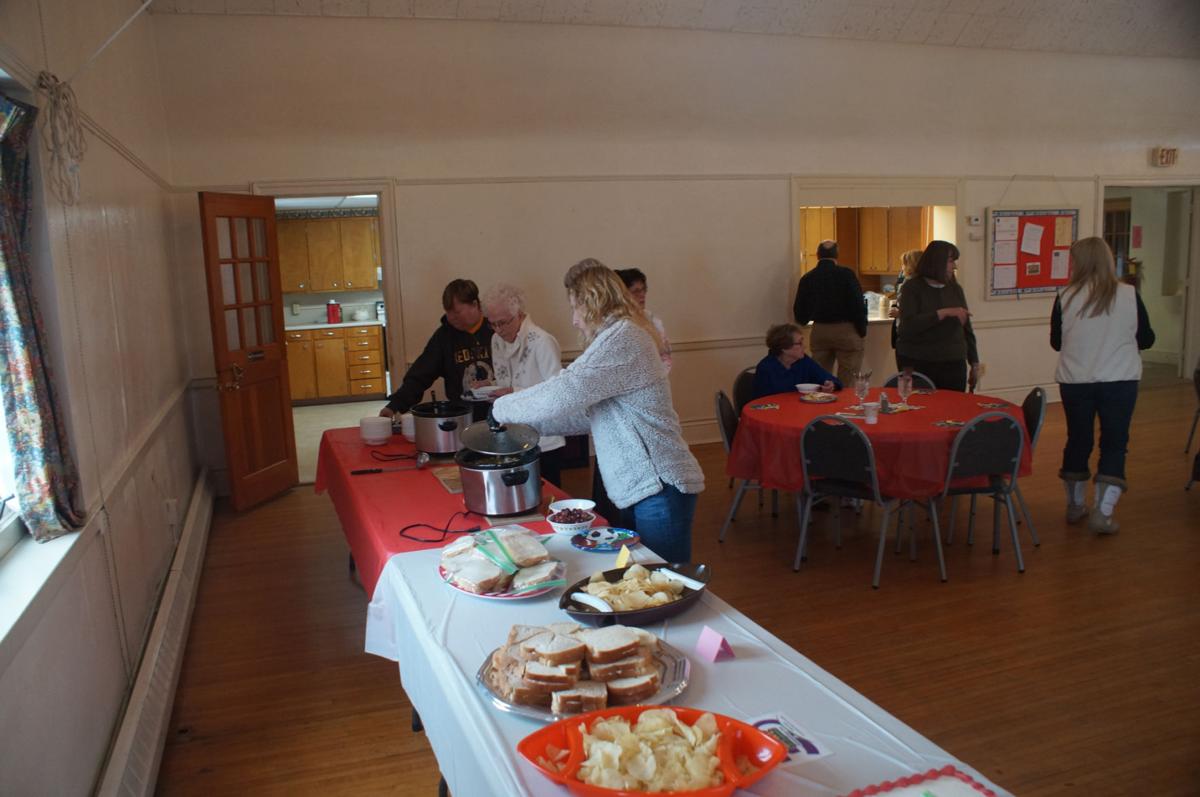 MASSENA — The Kansas City Chiefs won Sunday’s Super Bowl matchup against the San Francisco 49ers, and local food pantries in Massena were the winners of the Souper Bowl of Caring on Sunday at St. John’s Episcopal Church.

For the 21st year, parishioners were invited to donate money as they left the church or went to the parish hall after services to enjoy a light homemade meal of soup and sandwiches. Three types of soups and three types of sandwiches were available.

“We have kettles in church and on the way to a soup and sandwich luncheon,” said the Rev. Sonya A. Boyce, rector at St. John’s.

“It is totally amazing. Talk about God being involved,” the Rev. Mrs. Boyce said. “Thirty-two people in church and you raise $1,175. It’s getting to the point where we’re not surprised.”

“We only had 32 adults. That’s counting Jim (Phillips), the organist. People pay to get out of the church. I have kettles in the back and front for people to put in their donation,” said Earl Jackson, who has headed the fundraiser for all 21 years.

“It is his ministry. He has a heart for the needy,” the Rev. Mrs. Boyce said. “His thing is, ‘People will give. We just have to ask them.’”

Mr. Jackson said the church got involved after it received a notice in the mail about the Souper Bowl of Caring. The national movement started in 1989 with the senior high youth of Spring Valley Presbyterian Church in Columbia, S.C. They invited other area churches to join their team and 22 Columbia churches raised $5,700 for area non-profits that year.

Money raised was initially donated to the Massena Neighborhood Center and then expanded to also include St. Vincent de Paul.

“We usually split the money half and half between the Neighborhood Center and St. Vincent de Paul,” the Rev. Mrs. Boyce said.

The fundraiser will be expanded next year when the Greater Massena Ministerial Association joins the effort.

“We’re the only church in Massena that really participates to this extent. Now that I’m a part of GMMA, it is such a great way to give money to food pantries,” she said.

“She mentioned that they’d like to get other churches involved,” Mr. Jackson said.

So, beginning in 2021, St. John’s will serve as the host and, when other churches dismiss after services, they’re invited to come to St. John’s for lunch and to make a donation. With the extra donations, they may be able to expand to other food pantries.

In a separate fundraiser to benefit the food pantries this year, Trinity Catholic School held its annual “soup”er bowl with a goal of bringing in 2,020 items. The school surpassed that goal, finishing with 4,904 items. Pre-K4 was the lead class, bringing in 1,499 items.