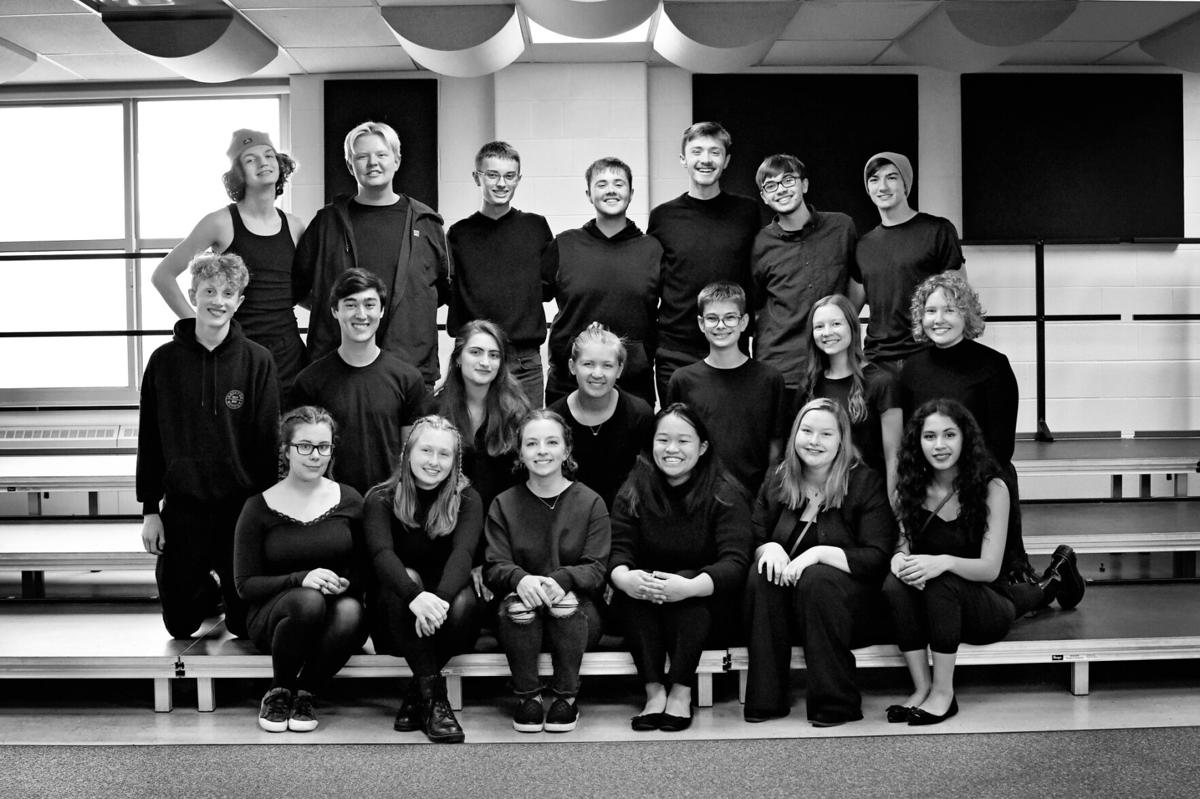 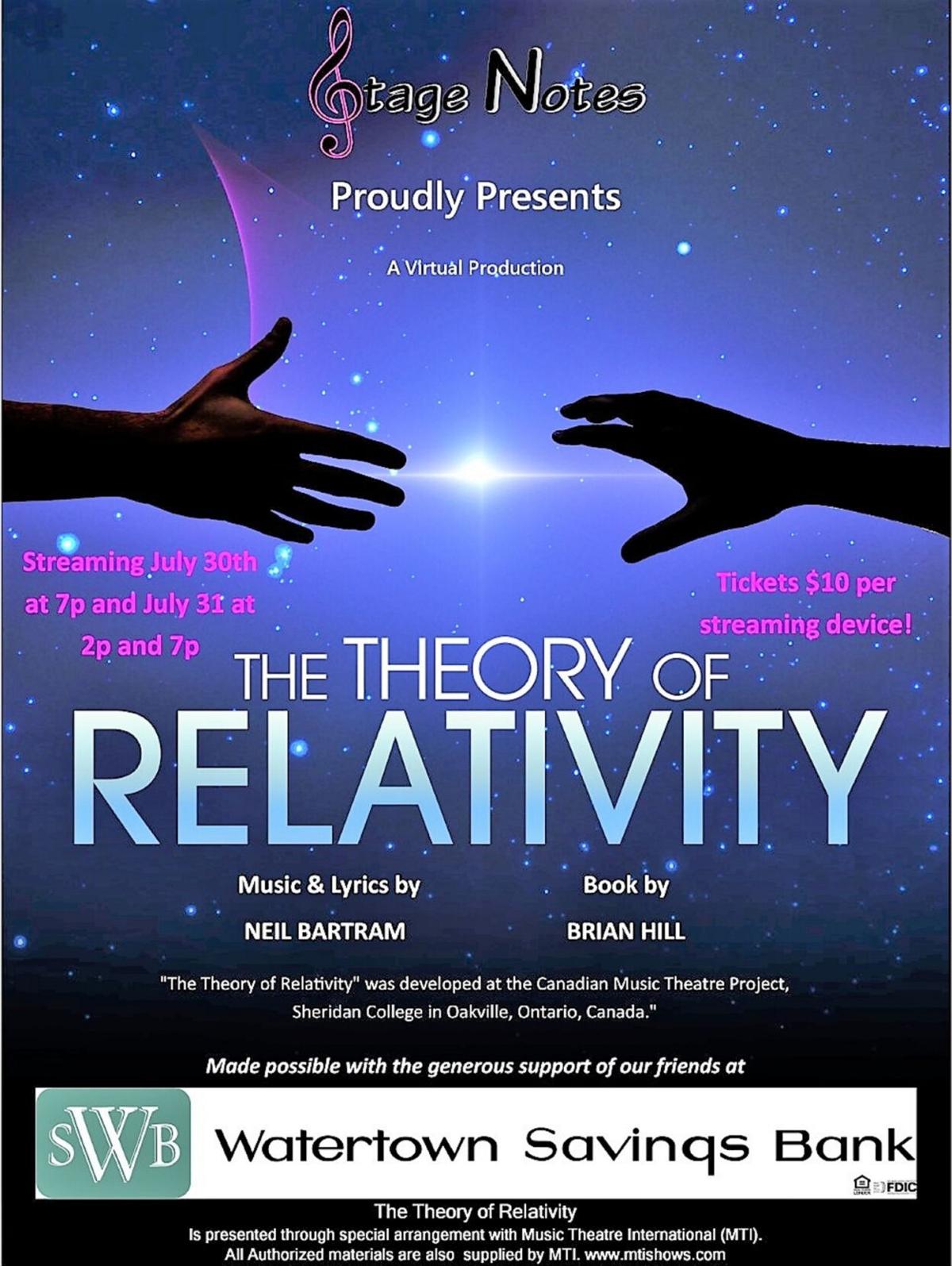 WATERTOWN — Stage Notes has produced its first virtual production, which will be available for streaming Friday and Saturday.

The show, “The Theory of Relativity” was recorded at Case Middle School this month. Michael Schanely, Watertown City School District audio/video technician, did the recording and editing for the Stage Notes production.

The show will be available to stream at 7 p.m. Friday and at 2 and 7 p.m. Saturday. “Tickets” are only for those specific, contracted times.

For the link that allows access to stream, go to wdt.me/stagenotesstream. All tickets are $10 per streaming device.

According to the show’s licensing agency, Music Theatre International, “The Theory of Relativity” “is a joyous and moving look about our surprisingly interconnected lives. Whether you’re allergic to cats, in love for the first or tenth time, a child of divorce, a germaphobe or simply a unique individual, audience members and actors alike are sure to find themselves in this fresh new musical.”

The show’s music and lyrics are by Neil Bartram with book by Brian Hill.

Ticia Aumell, founder and co-director of Stage Notes, said “The Theory of Relativity” works well as a virtual production.

“At the time we were choosing the show, out of an abundance of caution, we planned the show to be virtual,” she said. “We had no idea what the world would look like this summer and felt this gave us the best opportunity to produce the show ‘no matter what,’ even if the students were recording their parts alone at home. Luckily, the cast was able to be together to record the show. However, there was no audience.”

Mrs. Aumell noted the production’s script notes by its creators, Mr. Bartram and Mr. Hill: “In our minds, the real story of the piece is in the group of disparate individuals becoming a community as they observe, share, and experience each story.”

“The notion that the whole is greater than the sum of its parts gets to the heart of Stage Notes, as does the main theme of community,” Mrs. Aumell said, “After a year of being alone, we have all realized how much we need each other. This has been a beautiful journey to go on with our students. We are extremely grateful for the opportunity to present this show and its theme of human connectedness.”