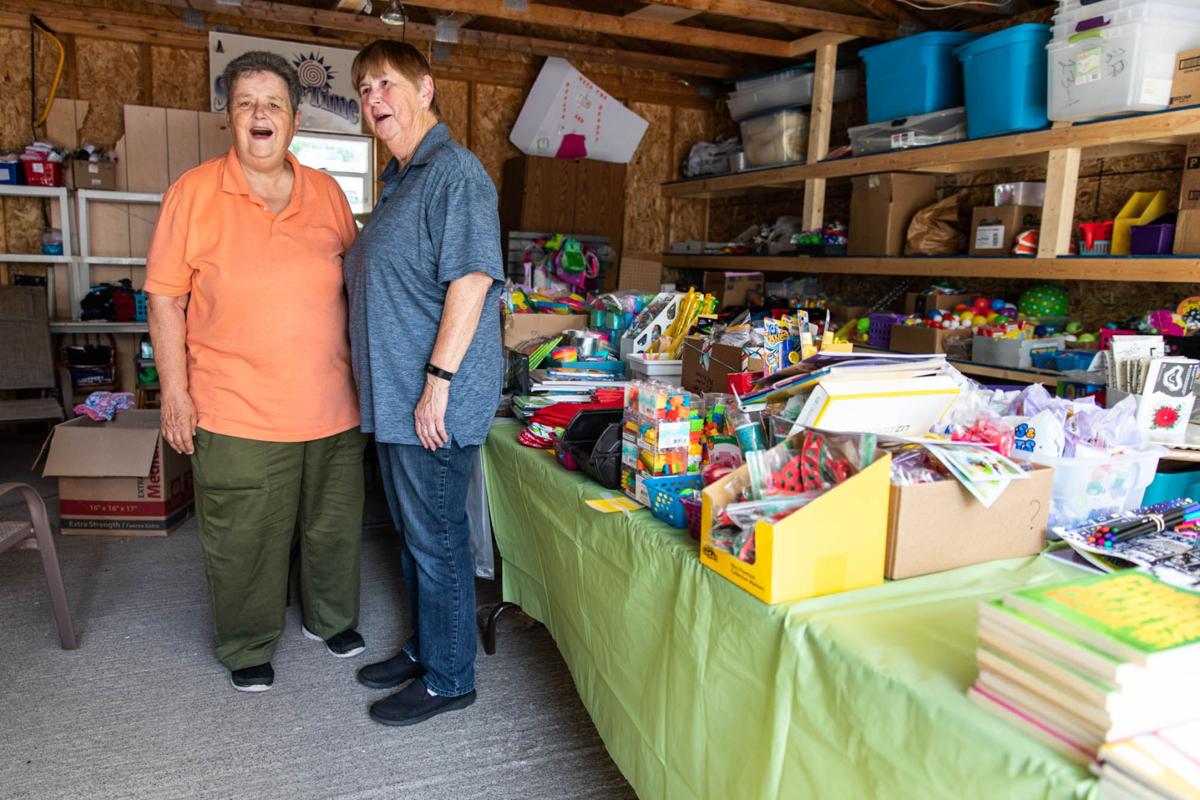 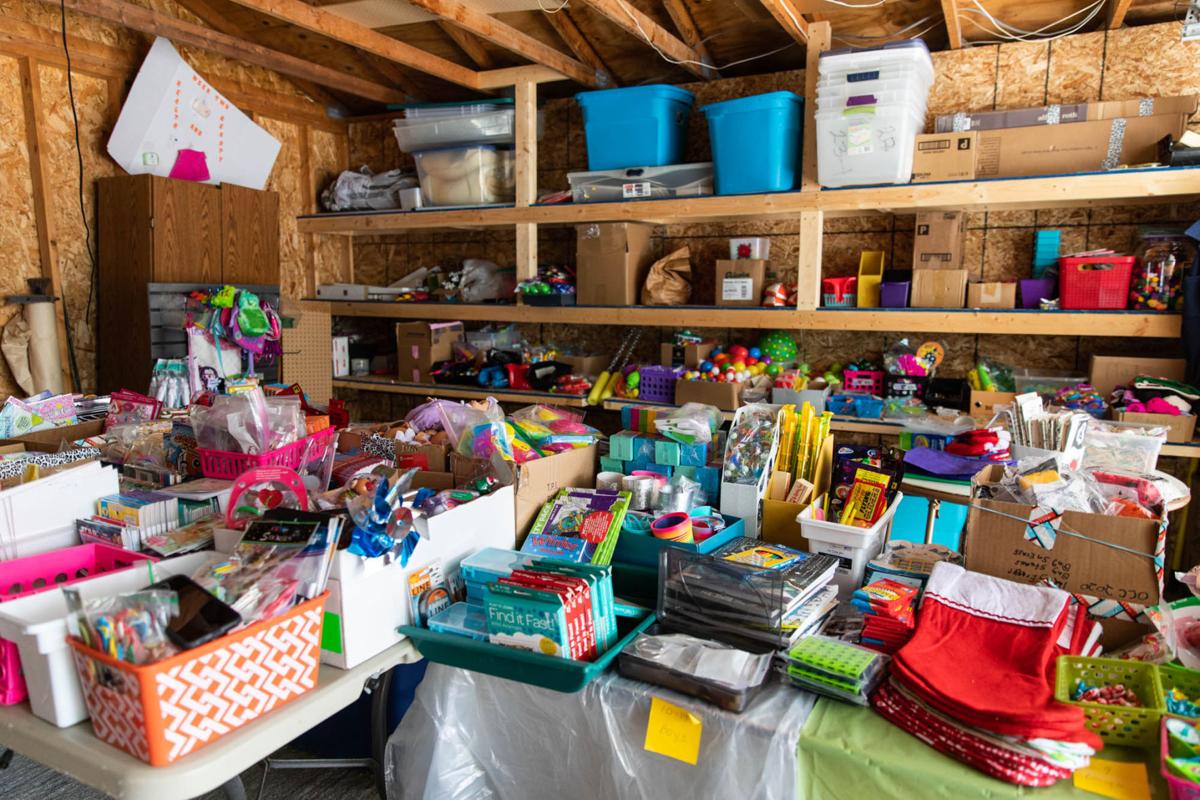 Weeks after their Watertown garage was broken into, volunteers Harriett Simpson and Judy Webber kicked their work into gear and got help from organizations in the community. Sydney Schaefer/Watertown Daily Times

Weeks after their Watertown garage was broken into, volunteers Harriett Simpson and Judy Webber kicked their work into gear and got help from organizations in the community. Sydney Schaefer/Watertown Daily Times

WATERTOWN — After it was broken into and ravaged, their garage went from an organized system for children in need to a wasteland. Weeks later, after they kicked their work into gear and got help from organizations in the community, volunteers Harriett Simpson and Judy Webber are likely going to hit their goal.

The pair were coming home from spending the winter season in South Carolina in early June when they realized the garage behind their house on Gotham Street, it appears, had been broken into. It had been wall-to-wall full of toys and necessities for children overseas. They donate children shoeboxes full of pencils, notebooks, stuffed animals and other items through Operation Christmas Child, a program they have been devoted to for 10 years.

Each shoebox has several items, including a notebook, pens, pencils, cups, a backpack, stuffed animal and more. Ms. Simpson and Ms. Webber have a goal of sending around 700 each year.

But gifts enough to fill nearly 500 boxes had been taken. Ms. Simpson and Ms. Webber had brought a good amount of gifts home with them, but it was a setback.

After the break-in — a suspect has not been identified — organizations stepped up to help replenish their supplies. The Watertown Urban Mission provided many stuffed animals after nearly 500 were stolen. A nursing home donated items, the pair’s families sent gifts and a GoFundMe raised nearly $1,000.

“We’re thankful to those who helped us,” Ms. Simpson said. “We’re going to send those 700 boxes one way or another.”