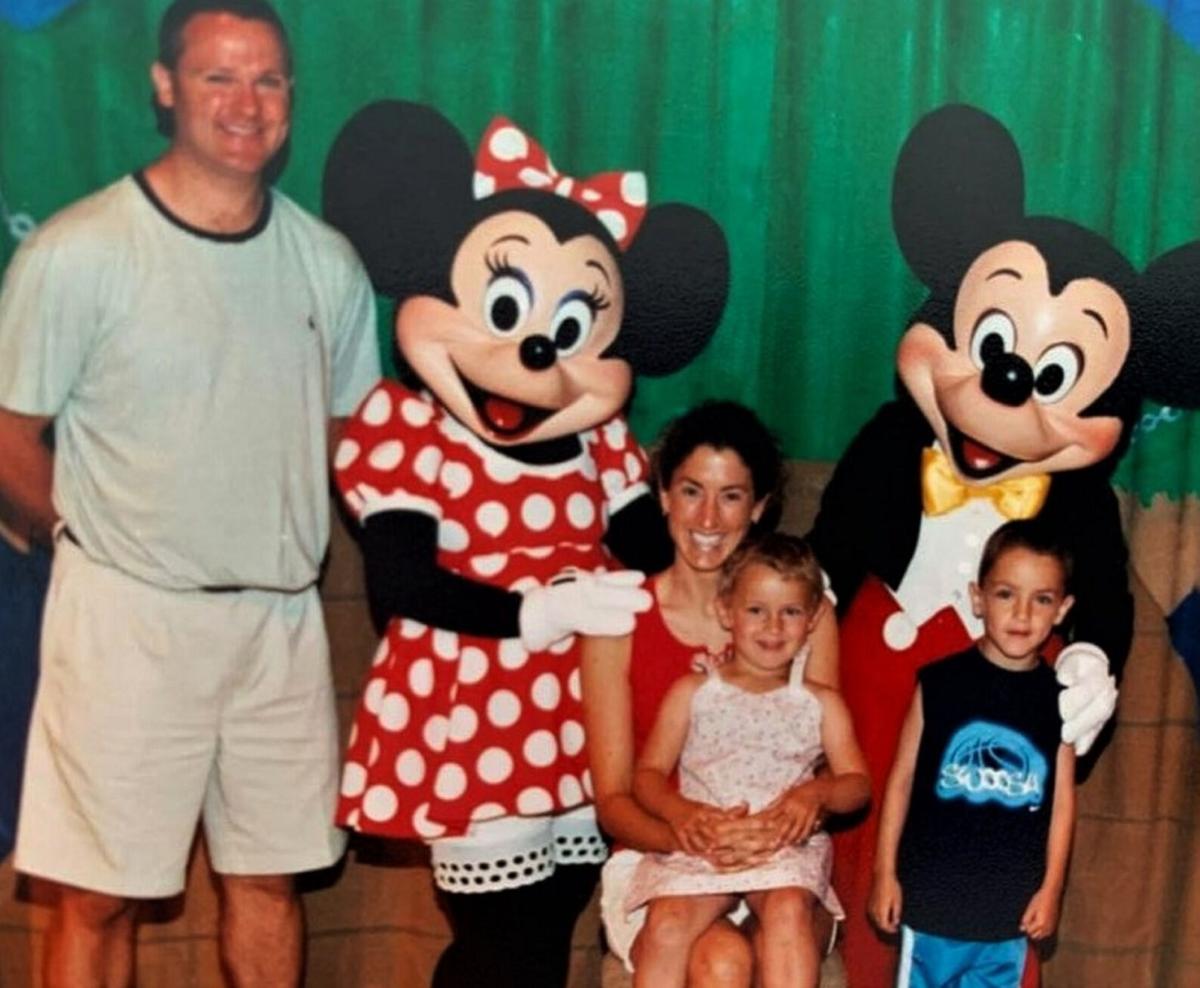 The Nortz family at Walt Disney World in 2003. Provided photo 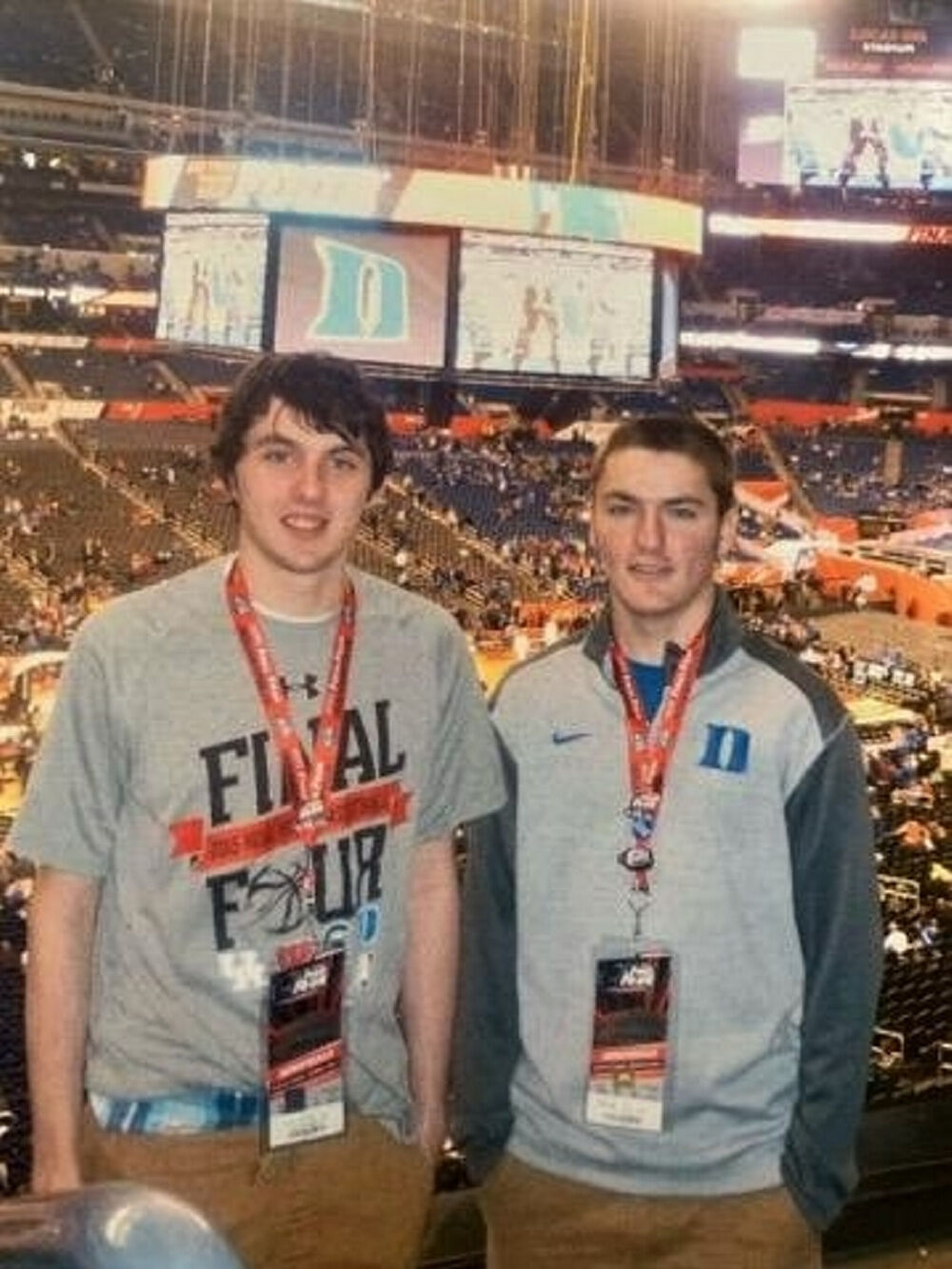 The Nortz family at Walt Disney World in 2003. Provided photo

DEXTER — Diagnosed with pediatric kidney cancer in the form of a Wilms tumor as a toddler, and with a love for Disney princesses at the time, Katy Nortz’s wish to visit Walt Disney World was granted by Make-A-Wish CNY in 2003.

Now, the 21-year-old, along with her family, is helping to raise money for the organization that has helped them so much.

As if it wouldn’t have been enough having Katy dealing with her cancer, the Nortz family experienced another difficult situation when Katy’s brother, Nicholas Nortz, now 23, was diagnosed with kidney disease and had to undergo a transplant nearly seven years ago. About a year later, Make-A-Wish was there granting his wish as well: to go to the NCAA college basketball Final Four in 2015.

“They really give you something to look forward to; it was something for my entire family because obviously you’re not just going through something like that by yourself, it affects your entire family, your friends,” Katy said of her wish being granted. “I think it gave everyone something positive to get out of the experience.”

Unfortunately, while Katy is clear of what plagued her as a child, her brother isn’t. Experiencing kidney problems again, he’s on the list for another transplant. The Nortz family, with all they’ve faced in the past and continue to experience now, is committed to paying it forward so other kids can experience a wish.

Throughout April, Make-A-Wish CNY will be coordinating a peer-to-peer fundraising campaign called Wish Heroes. Running through to World Wish Day, April 29, the campaign generates both awareness and funds. The Wish Heroes campaign is a fundraiser that enlists Make-A-Wish families, like the Nortz family, volunteers and fans to raise funds for wishes for local, critically ill kids.

People can donate on their own, donate to a specific Wish Hero page or create their own page to raise money, with wish heroes committing to raising $1,000 or more.

“While COVID-19 stopped the world, unfortunately, it did not stop kids from getting diagnosed with critical illnesses,” said Diane Kupperman, president and CEO of Make-A-Wish CNY. “Given that there were so few wishes we were able to do, the number of kids that were already in our pipeline, and now those that are being diagnosed, we have nearly two hundred critically ill kids, and about 25 percent of those are kids from St. Lawrence, Jefferson and Lewis counties.”

While travel wishes are still on hold for the moment due to the ongoing pandemic, if there’s a local, tangible wish that can be granted safely, Make-A-Wish wants to execute as many as possible. According to Mrs. Kuppermann, as we head into summer, wishes like swimming pools, hot tubs, campers and backyard play sets are very popular.

Sponsored by Sugarman Law Firm, a sponsor of Make-A-Wish for more than 15 years, the Wish Heroes campaign is a safe, virtual pivot away from Make-A-Wish CNY’s annual gala, which was unable to take place in 2020 due to COVID-19 restrictions.

If the fundraising exceeds the original goal by the 29th, Mrs. Kuppermann said it will just re-emphasize people care and want to make a difference, that they believe in the work Make-A-Wish is doing. As she put it: every dollar counts, and any money raised will help grant wishes and bring hope to both the children and their families.

“A wish is so much more than a singular point in time or a singular experience because wishes give hope to kids who are living with critical illnesses,” Mrs. Kuppermann said, “and hope is just so powerful.”

Being so young, Katy said she doesn’t remember a lot of what happened with her illness, but she remembers Make-A-Wish CNY was there for her family.

“It really does change lives and it gives kids something to look forward to when they don’t really have anything to look forward to — going through treatment after treatment, it can get pretty depressing and you’re living like the same day over and over again, and I know that firsthand,” she said. “Working with Make-A-Wish, it’s like a dream come true. All I want to do is give back to the organization that really has been there and helped me and my family through everything.”

The design is in the works right now, but Katy said she will be selling T-shirts and possibly sweatshirts to help raise money, the link for which will be available on her Wish Hero page.

“The work that they do really is changing children’s lives, they truly do care about all the families that they work with,” Katy said of Make-A-Wish. “Working with them is the biggest pleasure I’ve ever had. Anything that I or my family could do to help them we would do any day of the week; we’re so incredibly grateful for everything that they’ve done for us and everything that they continue to do for others.”

Those looking to become a wish hero can visit this link to do so: secure2.wish.org/site/TRR/WishHeroes/Make-A-WishCentralNewYork/1661941747?pg=utype&amp;fr_id=3858.