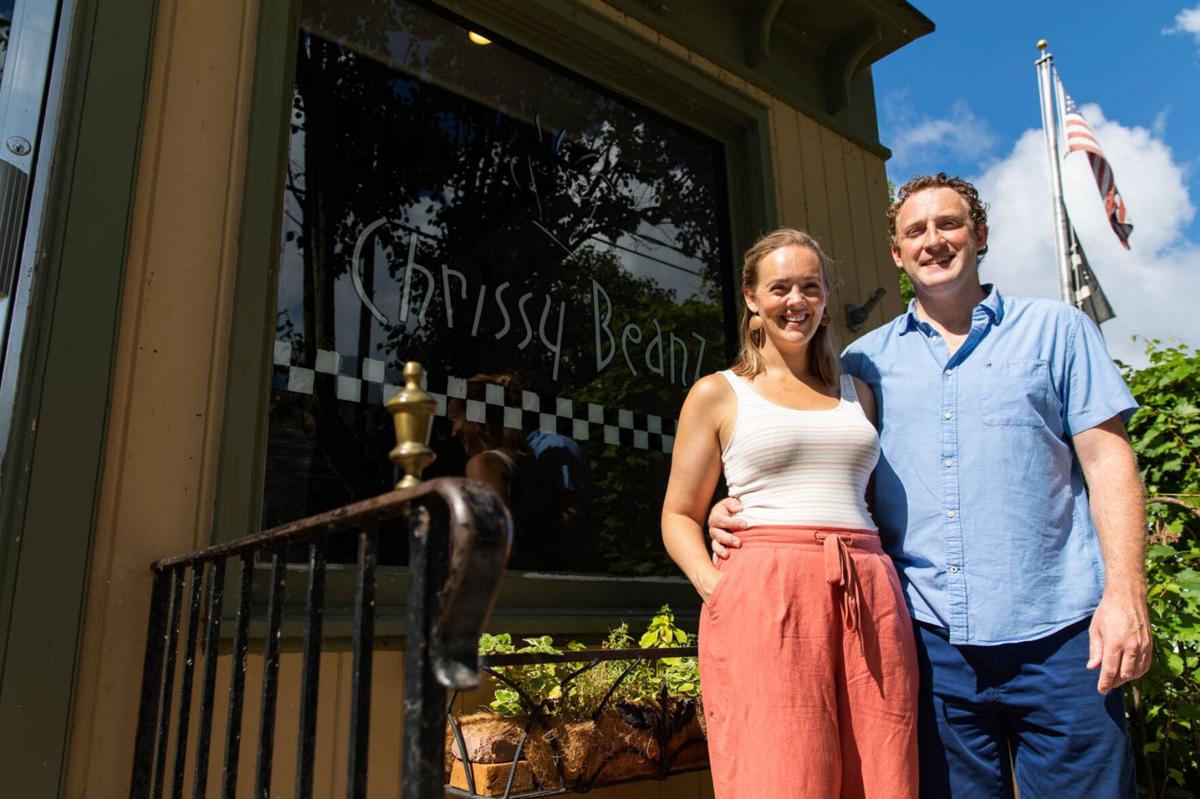 From left: Sarah C. and Daniel D. Radmanovic stand together in front of Chrissy Beanz in Sackets Harbor last year after recently taking over the business. Watertown Daily Times 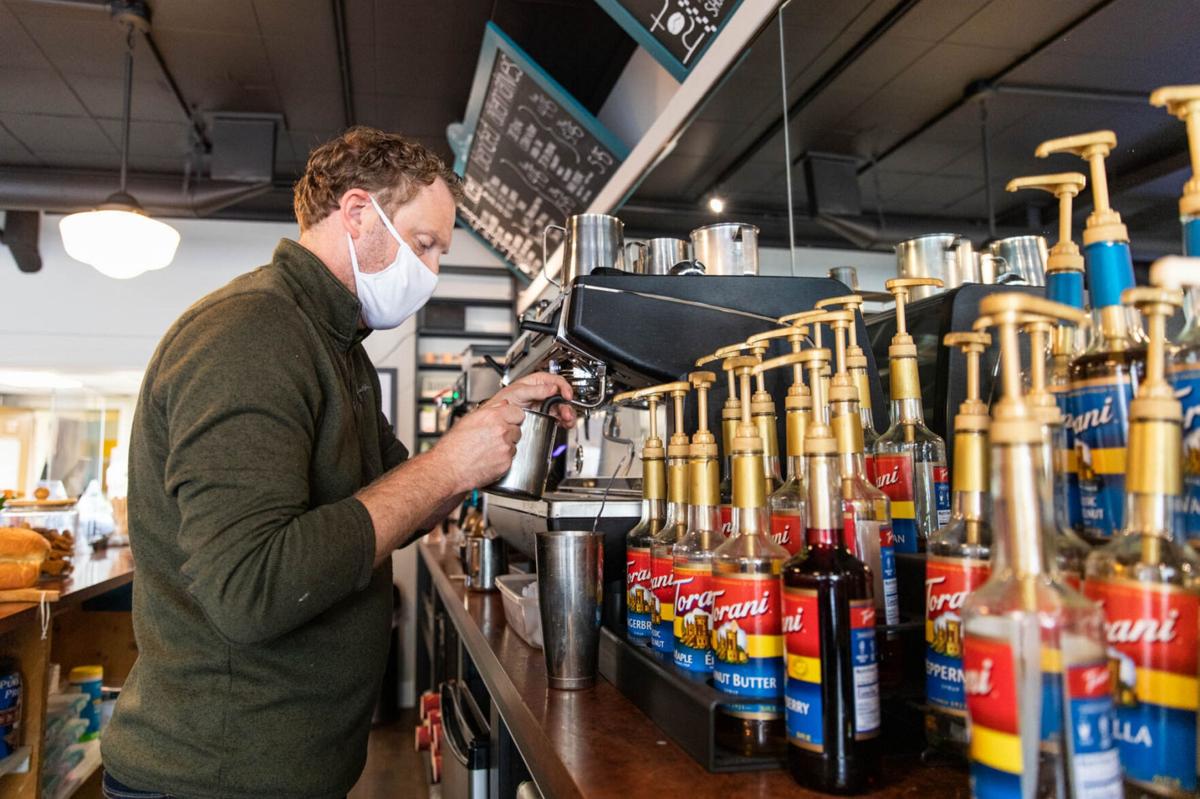 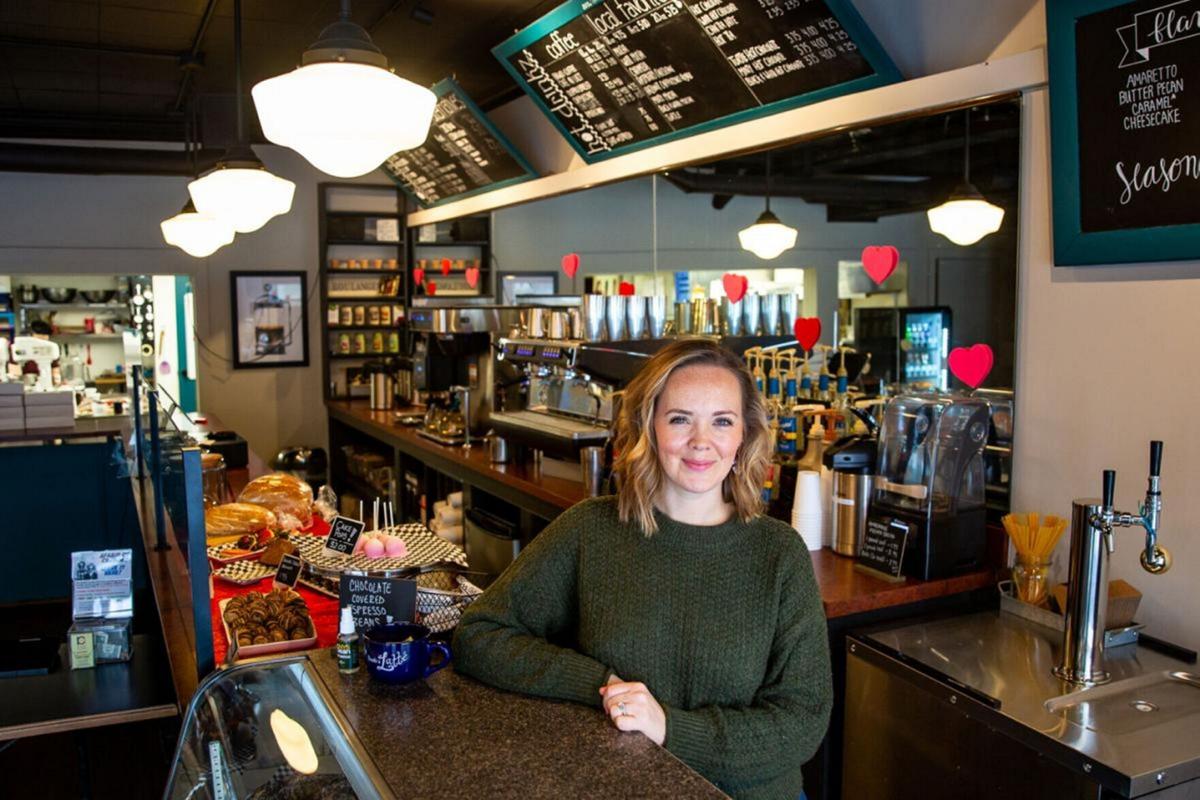 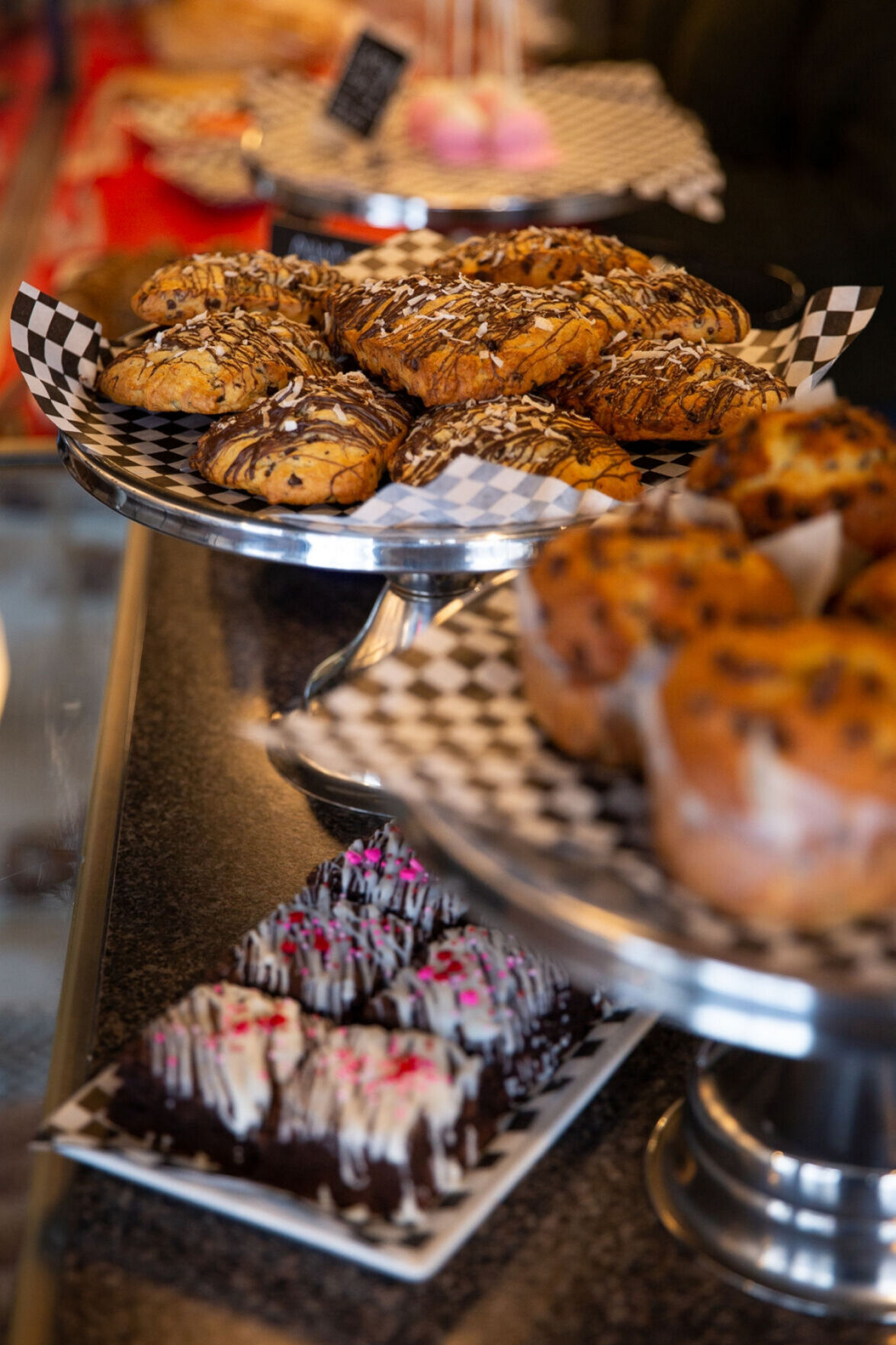 From left: Sarah C. and Daniel D. Radmanovic stand together in front of Chrissy Beanz in Sackets Harbor last year after recently taking over the business. Watertown Daily Times

SACKETS HARBOR — After starting on a new business venture amid the COVID-19 pandemic last year, and now celebrating one year in business, one thing has become clear for the owners of Chrissy Beanz Bakery: community is key.

Sarah C. and Daniel D. Radmanovic became the new owners of Chrissy Beanz last August, purchasing the establishment from former owner Andrew T. Hanzlian, who also owned Tin Pan Galley across the street and opened Chrissy Beanz in 1999 with his late wife Cheryl A. Hanzlian. The Radmanovics opened for business shortly after and have had great success since.

“One of the most positive things I can think of is the support of the community, especially having a small business, how much we rely on the local community to help support us; if we didn’t have that, we wouldn’t be able to stay in business,” Mrs. Radmanovic said. “I’m so appreciative of them choosing to come into the shop and spend their money and repeatedly come back, it’s really wonderful.”

It was there that she met her husband after being set up on a blind date by a friend and fellow Watertown native. The two eventually moved to Connecticut, where they had been living before purchasing the cafe.

When the COVID-19 pandemic hit last year, the two made the decision to spend the summer at their cottage in Henderson Harbor. Previously, the plan had been to sell the house in Connecticut and move to Buffalo, but while they were in the area, the Radmanovics found out Chrissy Beanz was up for sale. One thing led to another and before they knew it, the couple was buying the same business where Mrs. Radmanovic had started working 18 years prior at just 16 years old, realizing her lifelong dream.

The Radmanovics brought back Shannon Balcom as the full-time baker and Leanore Grant as general manager, completing the bakery’s “core team.” During the peak season, Chrissy Beanz employs up to 15, mostly high school and college students, so numbers tend to decline in the fall and turn to a skeleton crew in the winter months.

This summer, when Mrs. Radmanovic was unexpectedly out for six weeks due to a recovery from surgery that lasted longer than anticipated, Ms. Grant kept the place going and while everybody contributes at the bakery, she is the one who kept everything moving and running very smoothly, Mrs. Radmanovic said.

“Our team really is amazing and they can step up and we don’t have to be there, which helps us do all the other background stuff,” Mr. Radmanovic said. “We had a little growing pains at the beginning and now we have a wonderful team in place. They’ve been really good to work with.”

To celebrate one year in business, Chrissy Beanz will be hosting a celebration Saturday, complete with a cake raffle, discounted merchandise and goodies, live music and more. Ms. Balcom will be baking and decorating a cake of her choice and throughout the week, visitors to the bakery have had the chance to enter their names into the raffle box.

On Sunday, one lucky winner’s name will be drawn via livestream. Music will be provided from 10 a.m. to 2 p.m. In honor of the anniversary, funfetti cupcakes will be sold along with other baked goods on the counter.

According to Mrs. Radmanovic, the first year of business went by in a flash and she is looking forward to seeing regulars come in this weekend along with the last of the summer crowd visiting one last time before they head home for the year.

During the offseason, the bakery sees around 50 regulars who consistently visit the shop every week. One dedicated regular not only puts money into the business each week, she also used to put in work hours year in and year out at both Chrissy Beanz and Tin Pan for a total of 36 years of service.

Joan Townsend comes in with friends and family at least once a week, stating she loves it at the bakery — so much so that she only officially retired two years ago.

“Sometimes I sort of feel guilty while I’m sitting here, because a lot of my former customers still come, but I’m too old now,” the 83-year-old said. “I wouldn’t have been able to do all of those things anymore.”

Keeping it in the family, Mrs. Townsend’s four grandchildren all worked at Chrissy Beanz at various points over the years with the youngest of the four, Luke Townsend, only recently leaving the bakery.

Mrs. Townsend noted that the Radmanovics are great people and she has known Mrs. Radmanovic’s parents for a long time.

Over the course of the past year, Mrs. Radmanovic said she has gained a lot of confidence, going from being hesitant about making decisions and voicing her opinion to being able to comfortably do so. For Mr. Radmanovic, learning to work with staff and realizing capital improvements need to be spaced out and planned were lessons that came from the year.

Through the ups and downs and lessons that have come from starting and running a business amid a global pandemic, the bakery has seen its way through it all, persevering and ending up with a year that has exceeded historical financials.

“One of the biggest takeaways from the year that I noticed the most in the first few months of operation is that running a business is definitely not the same as what you see in romantic comedies,” Mrs. Radmanovic said. “When the woman owns a coffee shop or bakery it looks so romantic and whimsical, but it’s definitely a very serious business; there’s employees, payroll, the day-to-day operations, stress, and things like that.”

Over the past year, the bakery has also branched out and begun exploring new directions. Putting marketing and effort into its cake business, that has created another stream of revenue, and in the winter the bakery has done things like take-home meals. Chrissy Beanz is also available for various catering opportunities. According to Mr. Radmanovic, the business is interested in eventually roasting its own beans.

The local business is also involved with others in the area, selling desserts and breads to places like Downtown Julie Brown, Tin Pan, The Whiskey Coop, and a new restaurant opening on Watertown’s Public Square.

According to Mrs. Radmanovic, next summer the business will have a presence at the farmers market in Watertown, and future plans include getting a food truck.

This winter, the Radmanovics plan to renovate and expand the kitchen. A couple of years down the road, they plan to update the front section of the store by adding a new stone countertop, trying to increase seating, and reorganizing the area behind the counter to make it more user friendly. They will also be looking to the exterior of the business, as well as the patio, which will be in need of a refresh, and considering solar panels for the roof to be a bit more energy efficient.

Through it all, both challenges and successes, and looking to the future, the Radmanovics are grateful to the community they are a part of for supporting them every step of the way.