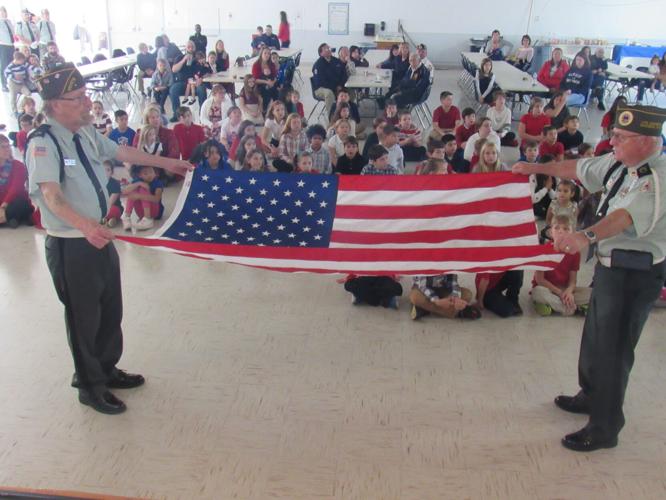 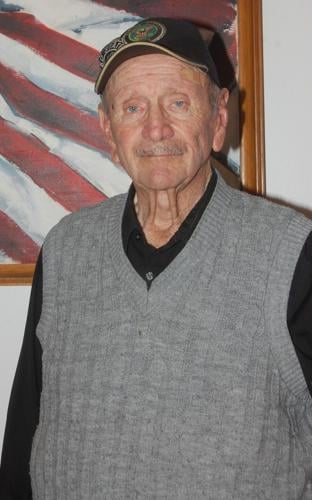 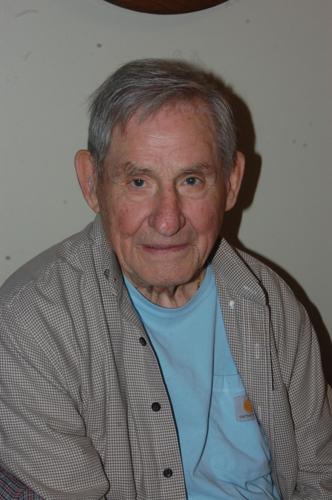 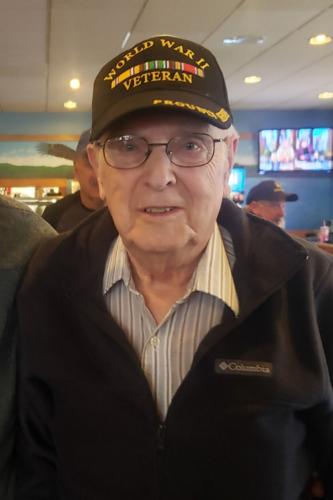 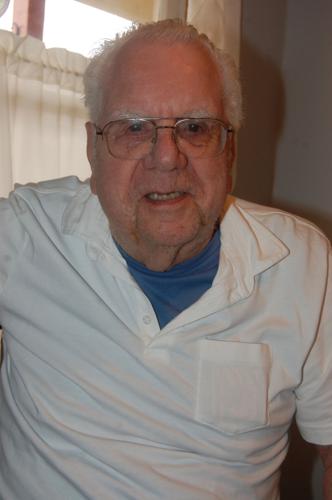 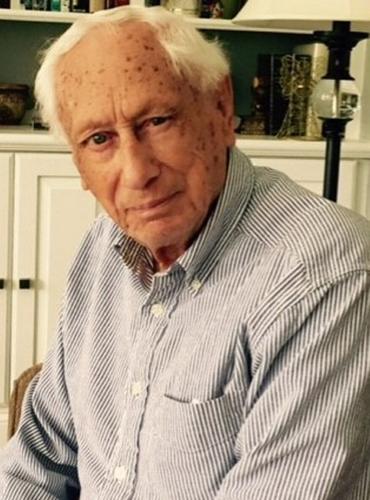 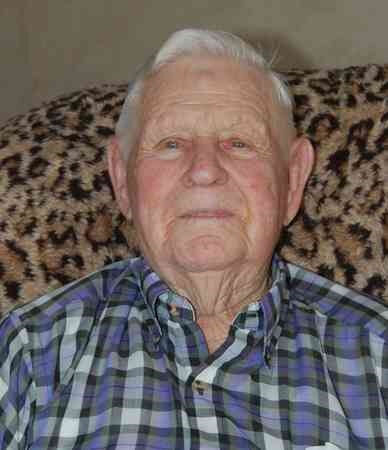 Veterans Day is a time to reflect on the service of those who were willing to lay down their lives in defense of the United States.

The World War II Generation — The Greatest Generation — who came of age during the Great Depression and went on to fight in World War II, is quickly dwindling. Department of Veterans Affairs statistics show 167,284 of the 16 million Americans who served in World War II are alive in 2022 with 9,635 in New York, according to the National World War II Museum in New Orleans.

Locally, we still have a number of World War II veterans who are alive and well.

Many veterans of their generation felt it was their duty to serve. Some, with parental permission, enlisted at age 17.

Feeling it was his obligation and duty, Edward J. Mullen, 99, of Deferiet, as well as Harold R. Engelhart, 95, of Watson, joined the military at 17.

“I couldn’t wait until I got old enough,” said Mr. Engelhart, who joined the Navy.

His older brothers were in the Army and his sister served in the WAVES — Women Accepted for Volunteer Emergency Service.

Reflecting on their service, local veterans feel the military was good for them.

“It made me a leader,” said Robert E. Ingersoll, 99, of Glenfield, who was drafted into the Army at age 20.

Mr. Ingersoll, who was working as a mechanic at a local Oldsmobile dealership at the time, said he could have gotten a six-month deferment but did not.

He said early on that he had “responsibility thrown at me and I handled it.”

“Those in charge had confidence in me,” he said. “It brought me out of my shell and made me more confident.”

Robert S. Pelo, 98, of Beaver Falls, who was drafted at age 18 while living in California, said his military service changed his whole life. He had planned on returning to California after his stint in the Army and almost reenlisted after being overseas for three years but backed out and returned to the north country.

Enlisting at 17, John H. Foley, 95, of West Carthage, said the service was a big change for him.

These veterans feel that today’s all-volunteer military and its involvement of women is a good thing.

However, Mr. Engelhart said the discipline is more lax in today’s military.

“It’s different, really different, but the times have changed too,” Mr. Foley said. “It should be voluntary. There’s nothing wrong with women in the service.”

He noted he has great admiration for Mary Sherman, a retired Army lieutenant who now works for the VA.

“The whole thing has changed,” Mr. Pelo said. “There were few women in the service back then. Today it’s a different world. The style of training has changed but for the better, according to the way the world is. They’re doing good, the best they can.”

Although he feels the military is OK, Mr. Ingersoll said, “The administration is screwing up. The military is being depleted. That makes us vulnerable — you need a good strong military to be safe. Bringing back the draft might be a good thing. Women in the military is a good thing but I don’t think it’s good in the battle part.”

Mr. Mullen said he is concerned about low recruitment.

“I wish there were more young people interested in serving,” he said, adding, “women are definitely an asset to our military.”

These men would and have encouraged military service.

“It’s good for some,” Mr. Ingersoll said. “It makes them a better person, helps them to learn to do things.”

Mr. Pelo, whose grandson-in-law has made a career in the Army and earned an engineering degree, said “It’s a good opportunity for a young man. You can get out and get college benefits.”

“It’s great if you do exactly what they tell you, when they tell you,” Mr. Engelhart said. “It keeps a person out of trouble and gives them direction. They can go to any kind of school they want.”

“I told my son to join,” Mr. Foley said. “I told him, ‘Get a job or go into the service.’ He served in the Navy for six years. It turned out great for him. He got an education. There is a lot to learn in the service.”

We tried to contact as many veterans as possible to be included in this Salute to World War II Veterans. If we excluded anyone who would like to be recognized, contact the paper.

The Black River American Legion reported they have a life member, Howard Adams, 99, who now lives in the Syracuse area.

Service: The native of Sackets Harbor quit school at age 17 to enlist. He boarded the landing ship tank — LST 1051 — in Pittsburgh, and traveled down the Mississippi River to New Orleans, and crossed through the Panama Canal en route to San Francisco.

He served as a radio operator in the Pacific theater.

Mr. Foley has a son, David of Richmond, Virginia, and daughter Sheila Steinburg of Black River.

Service: As a motor machinist’s mate third class, Mr. Engelhart served on the USS Whitewood, wooden-hulled net laying ship used as a minesweeper in the North Atlantic Theatre stationed out of Portland, Maine. He was also stationed at the USN Training Center in Sampson and on a yard oiler in Boston.

Life after service: Mr. Engelhart worked at the Air Brake in Watertown then was a civil engineer for the state Department of Transportation for more than 26 years retiring at age 88. In his retirement years, he was a consultant.

Service: Drafted at age 18 while living in California, due to shortages he was immediately assigned to be a company clerk. Mr. Pelo worked throughout the United States in Alabama, Georgia and Texas as well as in England and Scotland. While in New Orleans he was chosen to be an extra for the movie, “This is the Army,” marching in formation.

“It was the only time I carried a gun,” Mr. Pelo said.

Life after service: He returned to the north country working at Aloca in Massena and worked on the St. Lawrence Seaway. Mr. Pelo retired from General Motors in 1987 after 27 years.

Service: A year after the attack on Pearl Harbor which occurred on his 19th birthday, Mr. Ingersoll was drafted. Prior to service he was an auto mechanic for an Oldsmobile dealership and utilized his skills rebuilding searchlights and working on artillery while stationed in Hawaii.

Life after service: Returning home, he went back to work in the automobile industry this time in sales. He became the manager for Essenlohr Motors and retired in 1997 after 25 years. He has been married to Cynthia E. Ingersoll for 46 years and the couple has 10 children between them.

Mr. Ingersoll is a life member of the Lowville Veterans of Foreign Wars Memorial Post 6912 and a former member of the American Legion Post 162.

Service: Drafted at age 18, after boot camp he was sent to Oklahoma where he was inducted into the Rainbow Division on May 18, 1944. The young infantryman had his first taste of combat just before Christmas 1944 in the vicinity of Strasbourg. As a 19-year-old soldier with the 42nd Infantry Division, known as the Rainbow Division, Mr. Eaton helped to liberate Dachau Concentration Camp April 29, 1945. A wartime injury earned him a Purple Heart.

Life after service: Mr. Eaton went to work in a garage in Alexandra Bay, then for a while in the coal mines of West Virginia. Returning to the north country, he went to work for E.E. Hall Excavating. On Aug. 17, 1950, he “married the boss’s daughter,” Marjorie Hall. The couple settled in New Bremen and had four children — Harvey, Amy (Schantz), Bradley and Carrie (Stockwell). Mr. Eaton operated his own log trucking business, from 1955 to 1962, hauling pulp to paper mills, then went to work for Hoch Brothers Concrete in Watson, retiring in 1988. Mrs. Eaton passed away in 2015.

Mr. Eaton is a member of the Croghan American Legion Post 1663 and Veterans of Foreign Wars Memorial Post 6912 in Lowville.

“We moved along with the pole line construction,” he said.

He recalls he was in Kunming, China, when the war ended.

“They blew a whistle and everyone just dropped what they were doing and got on the plane,” Mr. Mullen said.

Life after service: He went to work St. Regis Paper Company along with his future wife, the former Norma I. Backus. The two were married Oct. 4, 1947 at St. Rita’s Church, Deferiet. The couple had two children, David who passed in June 1969 and a daughter Julie A. Howell as well as a granddaughter Laura Howell.

Mr. Mullen is a member of the American Legion.