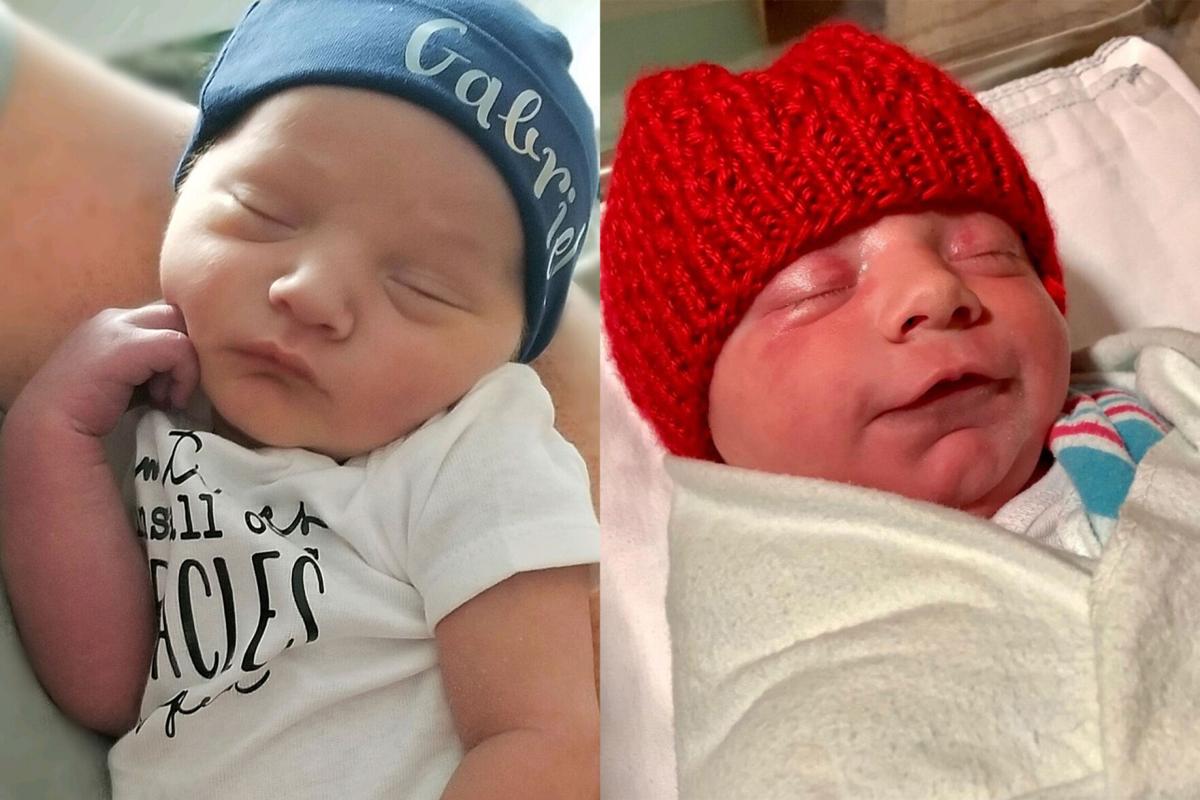 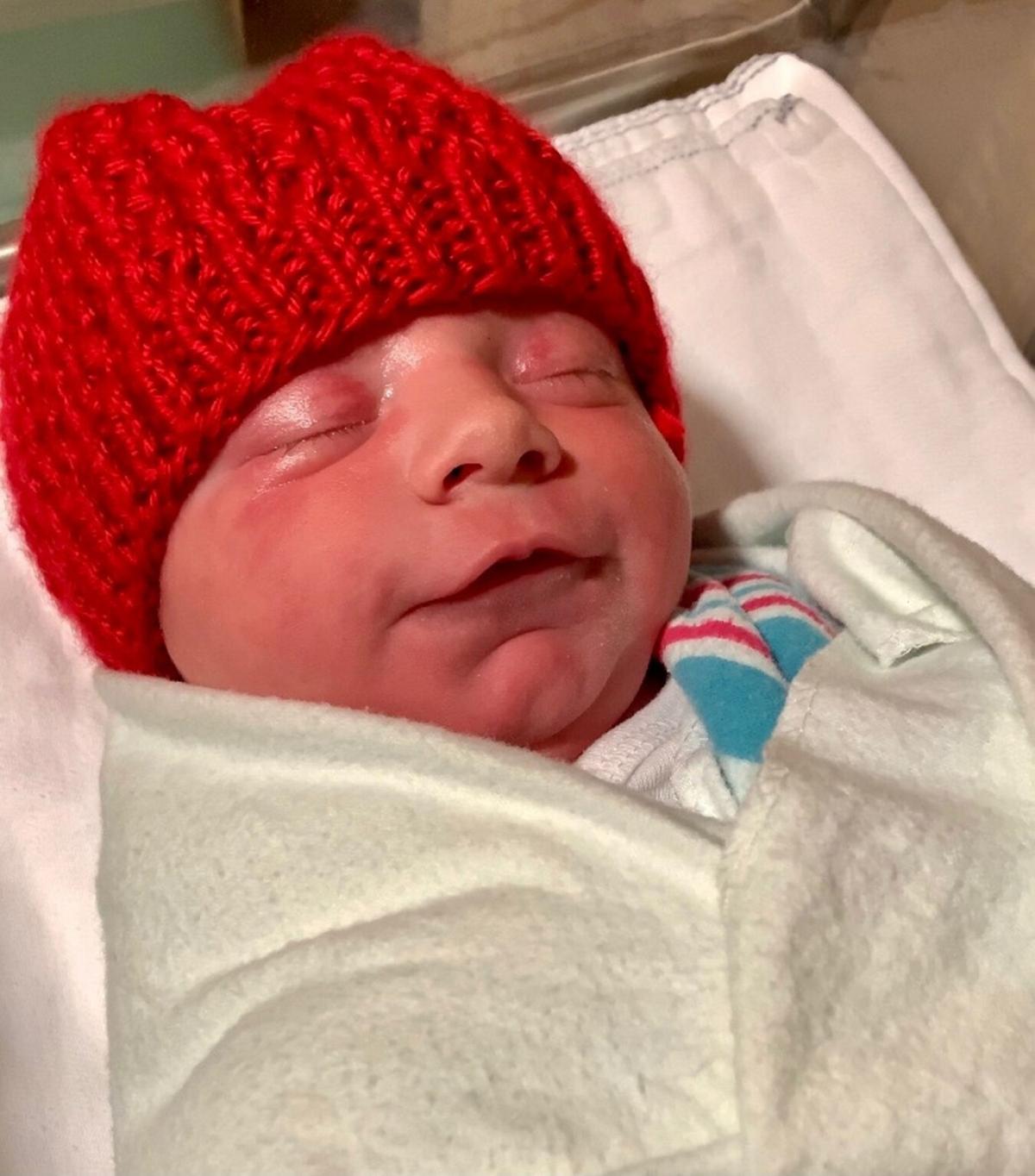 Finian Jack Pierce Havens was born on New Year’s Day at Canton-Potsdam Hospital. He is the fifth child of Joshua M. and Jacqueline J. Havens, of Heuvelton. Provided photo 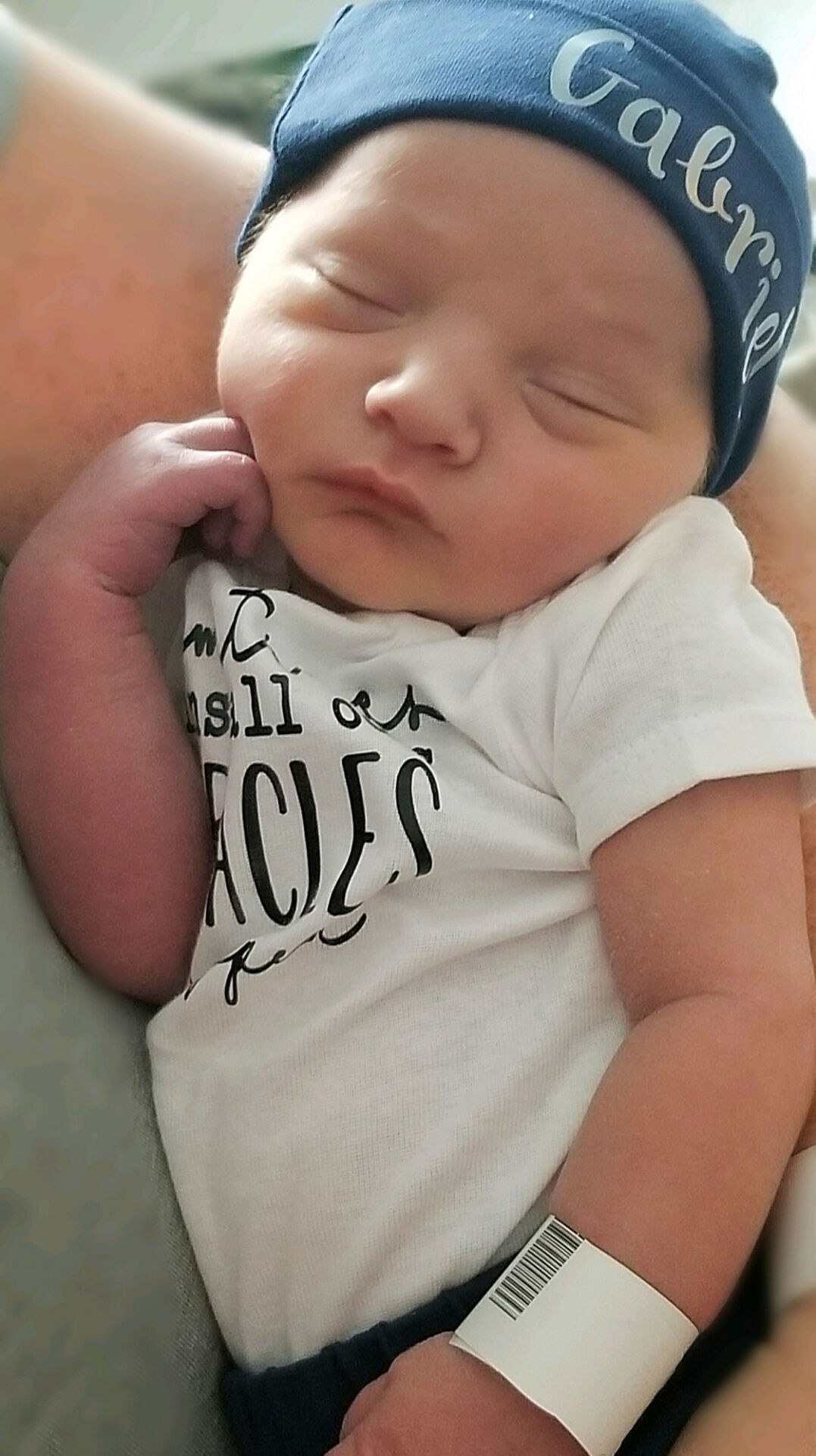 Gabriel Chad Kenneth Stevens was the north country’s first baby born in 2021. He was born to Kasey L. and Chad K. Stevens, of Philadelphia, at Samaritan Medical Center in Watertown at 1:50 a.m. Provided photo

Finian Jack Pierce Havens was born on New Year’s Day at Canton-Potsdam Hospital. He is the fifth child of Joshua M. and Jacqueline J. Havens, of Heuvelton. Provided photo

Gabriel Chad Kenneth Stevens was the north country’s first baby born in 2021. He was born to Kasey L. and Chad K. Stevens, of Philadelphia, at Samaritan Medical Center in Watertown at 1:50 a.m. Provided photo

CANTON — Two north country babies each made their long-anticipated entrances into the world early on the first day of the new year — within hours of each other.

In Watertown at Samaritan Medical Center, Gabriel Chad Kenneth Stevens was born at 1:50 a.m., the first child of Chad K. and Kasey L. Stevens, and the north country’s first baby of 2021.

Mrs. Stevens had been in the hospital since Dec. 29, anxiously awaiting Gabriel’s arrival. She had been hospitalized because of high blood pressure, but up until then, her pregnancy was going rather smoothly.

The Stevens, of Philadelphia, have been together since they were 16 years old.

“We have been together since forever and we had a hard time having a baby, and then finally we got this miracle. So he is our first and only,” Mrs. Stevens said.

Mrs. Stevens and her husband are both 35 years old now and grateful that the pregnancy was uneventful.

“It was terrifying, the whole pregnancy, because I was not supposed to be so blessed,” Mrs. Stevens said. “But, everything went smoothly with him.”

Mrs. Stevens was previously told she wasn’t able to have children, so her pregnancy with Gabriel was daunting and made even more so because of the restrictions caused by the ongoing COVID-19 pandemic.

“That was tough with the pandemic because my husband couldn’t go to any of my appointments,” Ms. Stevens said. “He did get to go to three or four ultrasounds with me.”

Mrs. Stevens hopes to be home soon to start her very different life, but is grateful for her treatment at Samaritan.

“We had some of the greatest nurses in this hospital,” she said.

The first baby born of 2021 in St. Lawrence County at Canton-Potsdam Hospital started his life waiting on his siblings to make a big decision.

Baby Havens, which is what Finian Havens was known as during his first few hours of life, was expected to arrive by caesarean section on Jan. 5

His parents had a list of more than 20 possible names whittled down to seven the day before he made his appearance — four days early.

His siblings, sister Addison, 13; and brothers Kellen, 11; Trenton, 9; and Cian, 3; had the job of paring the list of seven names down to three. Then mom and dad chose Finian from the kids’ list.

New Year’s Eve was a busy day for the Havens, as they closed on a new house during the day followed by Mrs. Havens beginning to feel like something was going to happen — that “something” being labor.

The experience, which they’ve now gone through five times, hasn’t been much different since the birth of their first child — their daughter — about 13 years ago, the Havens said.

“It’s definitely as exciting and it is definitely as nerve-wracking, that’s for sure,” Mr. Havens said. “The biggest thing, as an expectant father, is that you are always nervous and you get a sigh of relief when you hear the baby cry, and then your other sigh of relief is when you are back in the room with your wife,” he said.

Mr. Havens said they expect to be home from the hospital this weekend, then will begin preparing to move into their new home.

“The only thing left is to move into the house,” he said, “and knock on wood everything goes smoothly.”