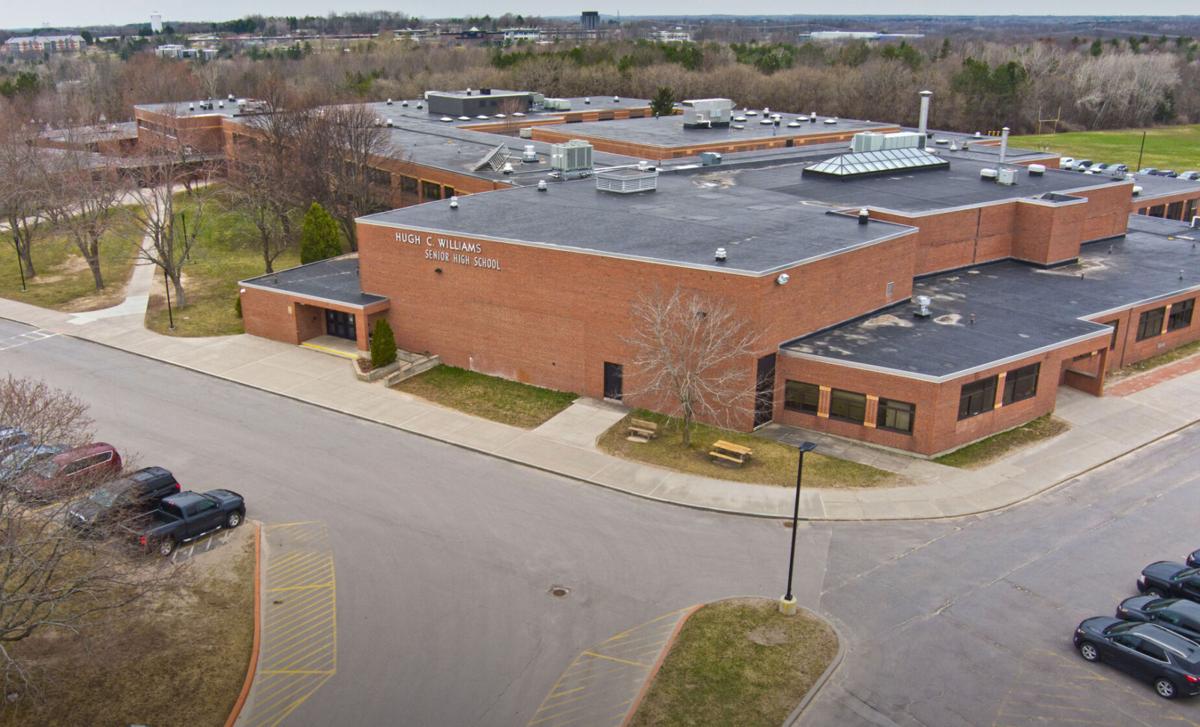 Canton Central School District voters will be asked to consider a $27.5 million capital project, as well as the 2021-22 school budget and school board candidates, on the May ballot. Christopher Lenney/Watertown Daily Times 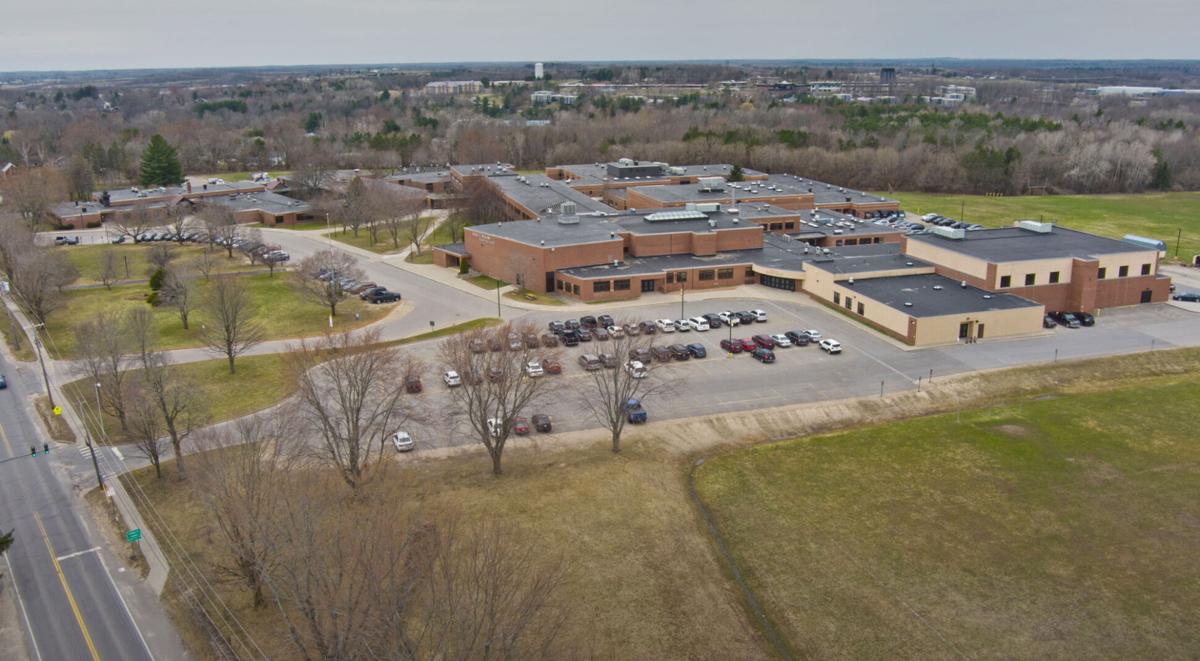 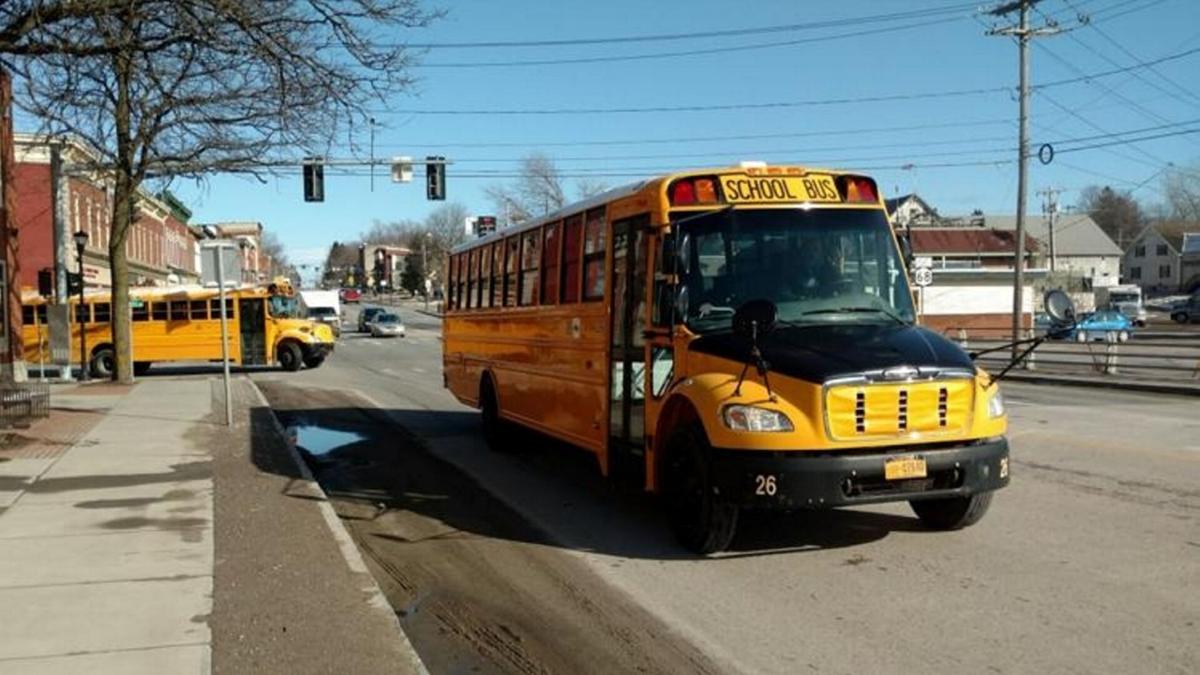 School buses from Canton Central make afternoon rounds in 2017. The district is asking voters to consider four propositions, including a $360,000 investment in student transportation vehicles, on the May 2021 ballot. Tom Graser/Watertown Daily Times 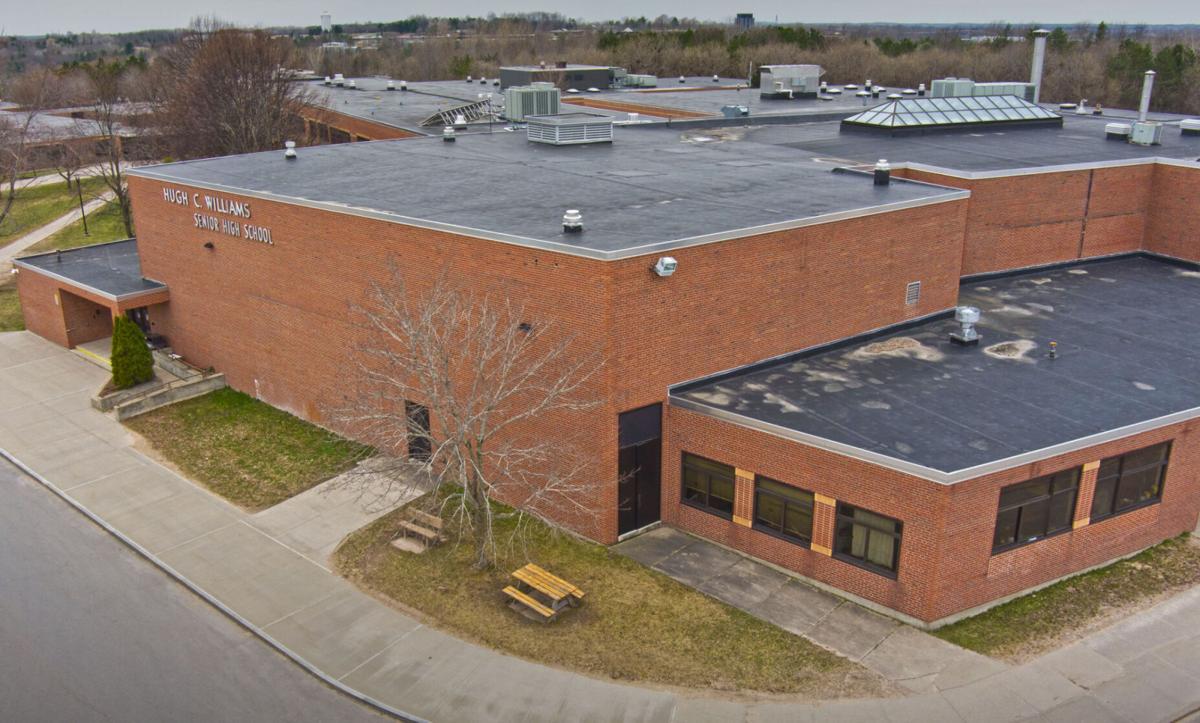 Canton Central School District voters will be asked to consider a $27.5 million capital project, as well as the 2021-22 school budget and school board candidates, on the May ballot. Christopher Lenney/Watertown Daily Times

School buses from Canton Central make afternoon rounds in 2017. The district is asking voters to consider four propositions, including a $360,000 investment in student transportation vehicles, on the May 2021 ballot. Tom Graser/Watertown Daily Times

CANTON — Voters will be asked to consider four propositions on the Canton Central School District ballot in May, including a $27.5 million, multi-year major overhaul of district facilities.

The Board of Education during its March 4 meeting approved the capital project and transportation propositions, with finalization of the 2021-22 district budget proposition and the list of BOE candidates pending.

A $24 million capital project was scheduled to receive a public vote last spring, but the vote was postponed roughly two months into the ongoing COVID-19 pandemic. At the time, Mr. Burke and the Facilities Committee agreed the project should be re-evaluated this year to determine how an adjusted proposal might move forward.

Elements of the original capital project plan have been reworked over the last several months, a process culminating in a proposal that involves all three school buildings, cafeterias, athletic fields and artificial turf, storm water management, the bus garage and parking and pedestrian improvements.

Opening the community forum, Mr. Burke said parents and community members over the last year have questioned the district about the capital project, asking: “Why now?” During a health crisis, during economic fallout and recovery, why not spend on personnel and instruction? Notably, Mr. Burke said, state education aid for buildings and facilities is distinguished from aid that covers personnel and instruction, and the two funding pools are not interchangeable.

Canton’s need for facility upgrades and replacements, he added, is stark.

Emergency repairs to mechanical infrastructure and sanitary sewer lines were completed in the fall; the district shifted to fully remote instruction in November, after a water main leak required immediate repair and left parts of the school campus without potable water for a few days; and in January, the boiler at Hugh C. Williams High School failed “beyond repair,” requiring an emergency replacement.

To prioritize needs, the Facilities Committee primarily based its proposal on health and safety issues and a building condition survey.

The plan focuses on upgrading heating, ventilation and air conditioning across campus, critical work to water and sewer lines, relocation of the pool to the high school athletic complex, auditorium curtain, lighting and dressing room upgrades, and improvements to the kitchens and serving lines in each school building.

A Canton senior in 1988, Mr. Burke recalled volunteering at a spaghetti dinner in the high school cafeteria, using an already aging industrial dishwasher. That dishwasher, he said, is still operating at more than 40 years old. And though elevators are passing regular inspections, Mr. Sanderson said last week, the need is “more than just simple maintenance.”

Security also factors into the proposal, with the high school office to be relocated so the office receptionist can provide building access through a window between two sets of doors in the building’s entryway. Adjusting to the pandemic, the elementary office designated an exterior window for reception, and the capital project accounts for a similar, more permanent arrangement.

To cover costs after state building aid is exhausted, taxpayers would likely start to see annual increases reflective of the capital project in 2023 or 2024, Mr. Burke said. Taxpayers with a $100,000 home not enrolled in the state’s income-based School Tax Relief Program, for example, might see a roughly $54 increase, according to district estimates. In the same $100,000 property value bracket, the increase would be about $38 for STAR-eligible taxpayers and $16 for those enrolled in Enhanced STAR.

In the transportation proposition, the district is proposing to collect no more than $360,000 through annual taxes to finance three student buses.

Following two resignations — Eileen B. Raymond in January and Patrick G. Hanss in February — five total BOE terms will appear on the ballot. Three seats are open for three-year terms from July 1 until June 30, 2024. One seat will be open for Mr. Hanss’ remaining two-year term from May 19 until June 30, 2023. A one-year seat will fulfill the remainder of Ms. Raymond’s term through June 30, 2022. Candidates with more votes will be seated for the longer terms.

The district’s annual meeting and budget vote is scheduled for May 18. The design phase for the capital project, if approved, is anticipated to begin in June. Reviews, documentation and individual project bids would move through 2022, and construction would ideally begin in 2023.