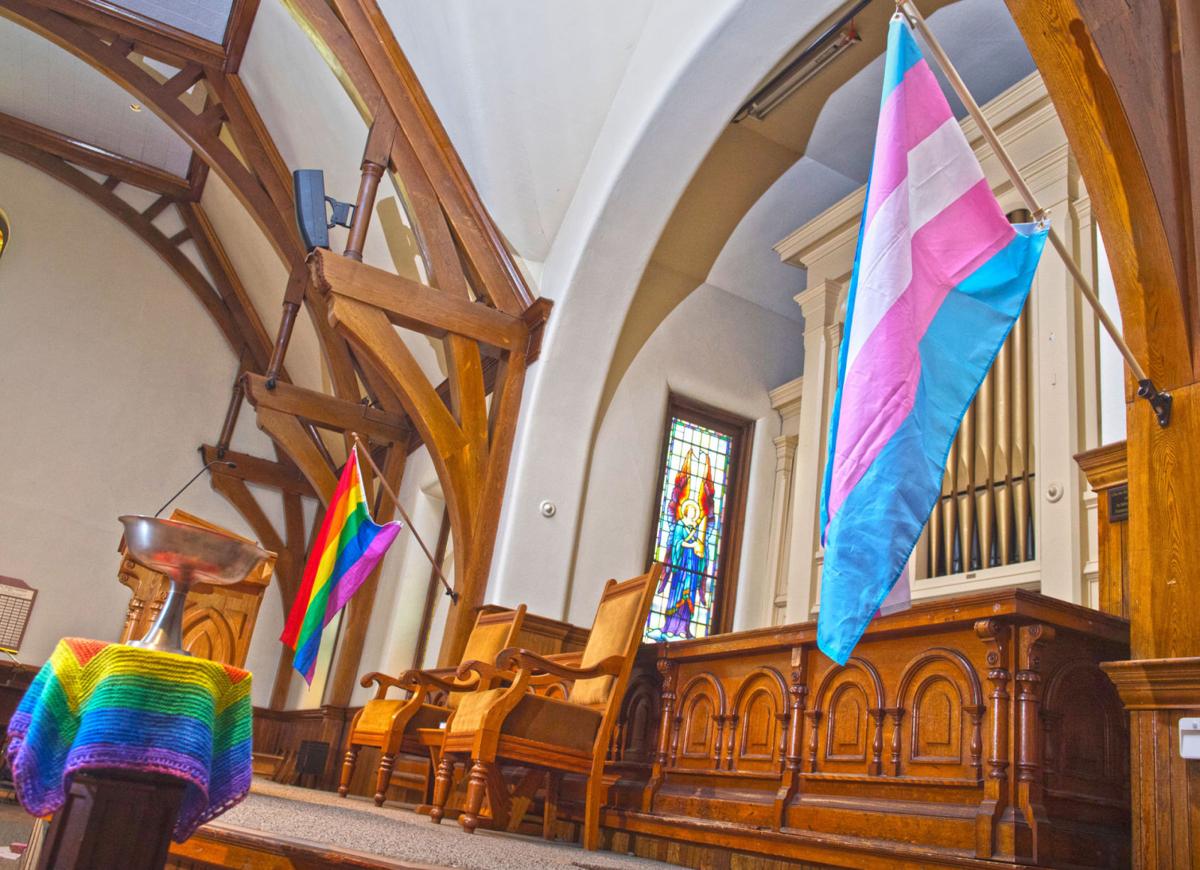 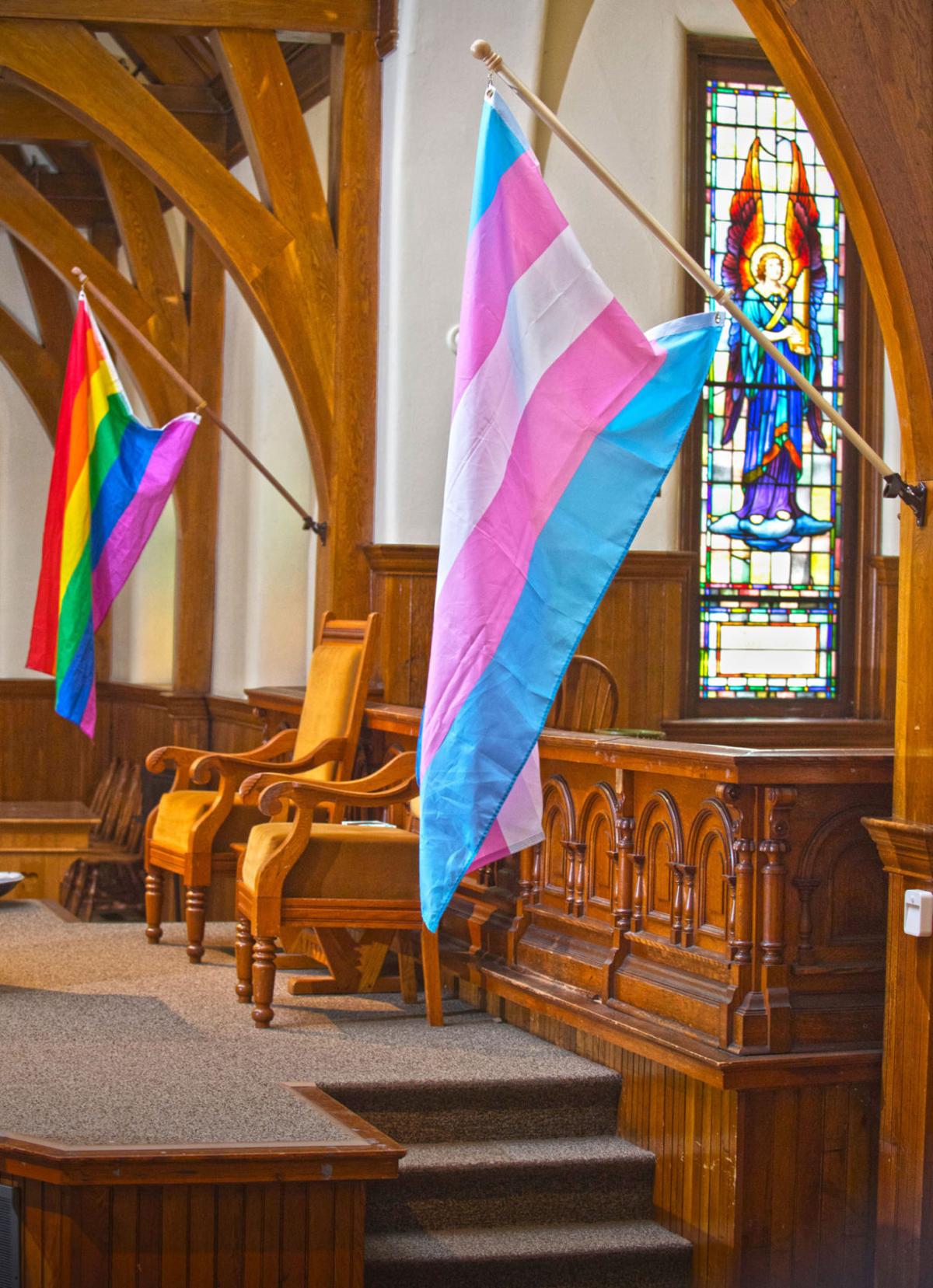 CANTON — Though Pride Month comes to a close this week, the celebration of oppressed and violently targeted identities continues, and the fight for true justice for LGBTQ communities in all corners of the world continues, too.

For the Unitarian Universalist Church on East Main Street in Canton, providing support and steadfast love to all identifying as LGBTQ is central to its mission: “Creating a welcoming, compassionate faith community, committed to social justice and open to wonder.”

In a special Sunday worship service in observance of Pride Month last weekend, UU Church leaders hosted a virtual Gender Freedom service that involved the sharing of lived experiences of transgender, nonbinary and gender nonconforming members of the church’s congregation, as well as the honoring of the history of LGBTQ justice movements and those murdered so far in 2020.

About 80 community members signed on to participate.

As part of the service’s meditation portion, a reflection written by the national Unitarian Universalist Association’s Rev. Victoria E. Safford was read aloud:

“People ask us sometimes, is this a queer church? It is a privilege to answer, ours is absolutely, gladly, hopefully and humbly, gayly a queer church, of queer tradition. Where everyone is welcome, where everyone is needed, where everyone’s experience is cherished as a sacred text. ... I know that on some sad and disappointing days, these words describe the church that yet shall be and not the church that is. But I know, too, that to answer is an act of creation. To answer this question, and some others, is a privilege, a prophetic imperative, a joy, a duty, and a holy sacrament.”

UU Pastor James Galasinski said the church had much to celebrate, including the “warmth and sunlight of the summer solstice” and the June 15 Supreme Court decision that determined that Civil Rights Act of 1964 protects LGBTQ employees from workplace discrimination.

“And may we hold a place in our heart for those who took their own lives this year and for those whose deaths were never reported,” she said before reading a list of more than a dozen victims.

The National Alliance on Mental Illness reports LGB adults — LGB due to lack of data specific to transgender, asexual, queer and questioning people — are more than twice as likely as heterosexual adults to experience a mental health condition at some point in life.

As of 2019, LGB high school students were almost five times as likely to attempt suicide compared to their heterosexual peers, and LGBTQ people overall were at a higher risk than the general population for suicidal thoughts and suicide attempts. Additionally, NAMI 2019 data shows 48% of all transgender adults said they had considered suicide in the past year, compared to 4% of the overall U.S. population.

The list of hate crimes and acts of terrorism against LGBTQ people in the United States is long and bloody, with the Stonewall Uprising helping to push LGBTQ activism into a modern era and inspiring the foundation of several gay rights organizations.

But since the early morning of June 28, 1969, when police raided the Stonewall Inn gay bar in the Greenwich Village area of Manhattan and five days of rioting and protesting by the LGBTQ community followed, persecution of LGBTQ people has intensely evolved.

A non-exhaustive series of examples indicates the level of historical violence: the 1972 arson of a gay bar, New Orleans’ Upstairs Lounge, killed 32 people, the 1990 fatal stabbing of gay Vietnam War veteran James Zappalorti in Staten Island, the 1995 murder of Roxanne Ellis and Michelle Abdill, a lesbian couple living in Oregon, the 1997 bombing of an Atlanta lesbian bar, The Otherside Lounge, injured five people, the 1998 torture and murder of Matthew Shepard in Laramie, Wyo., the 2008 murder of Angie Zapata, a trans woman in Colorado, the 2016 attack on Orlando’s Pulse nightclub left 49 dead and 53 wounded.

No less tragic than any “high-profile” hate crime, countless other incidents characterize the violent history experienced by LGBTQ people.