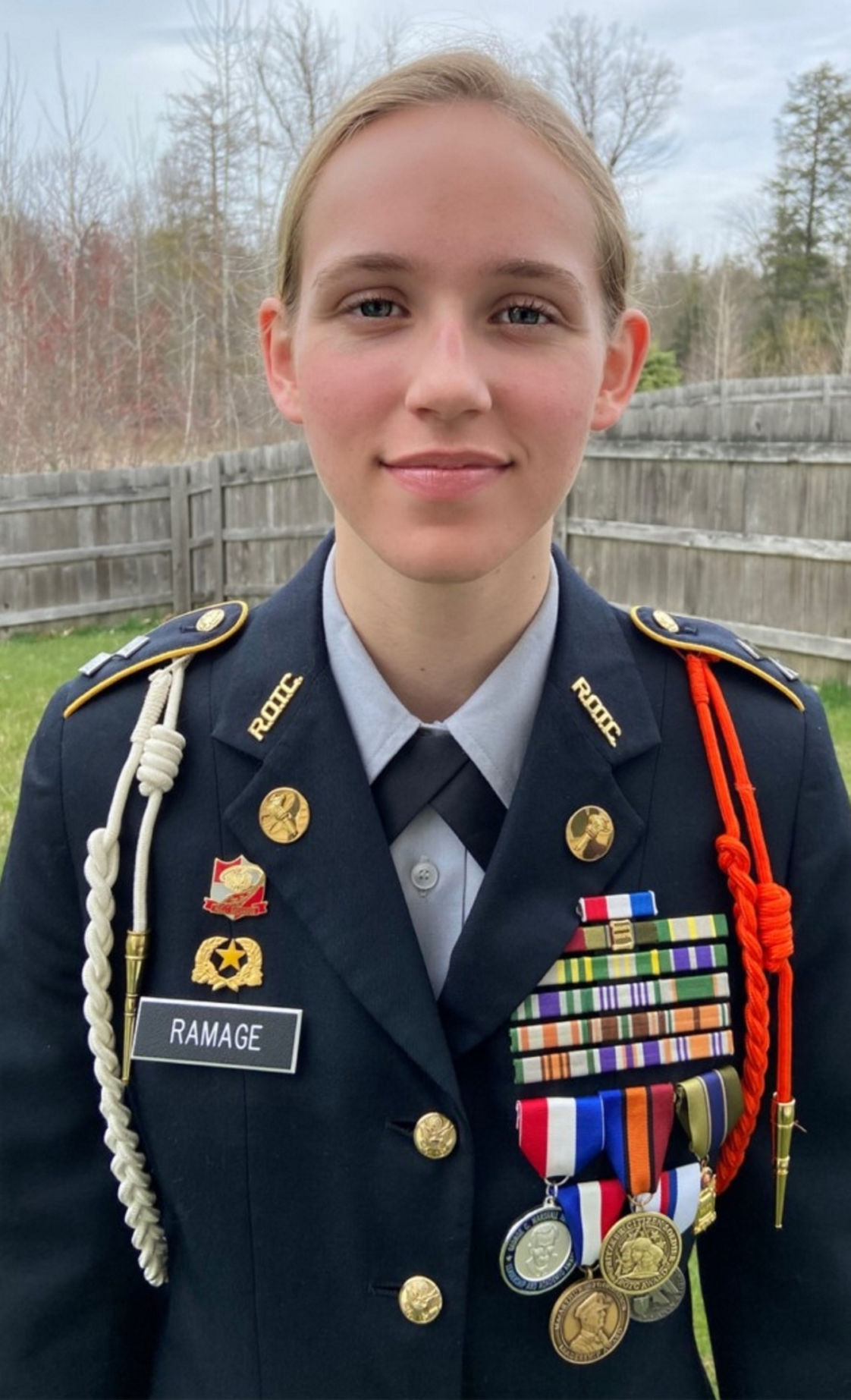 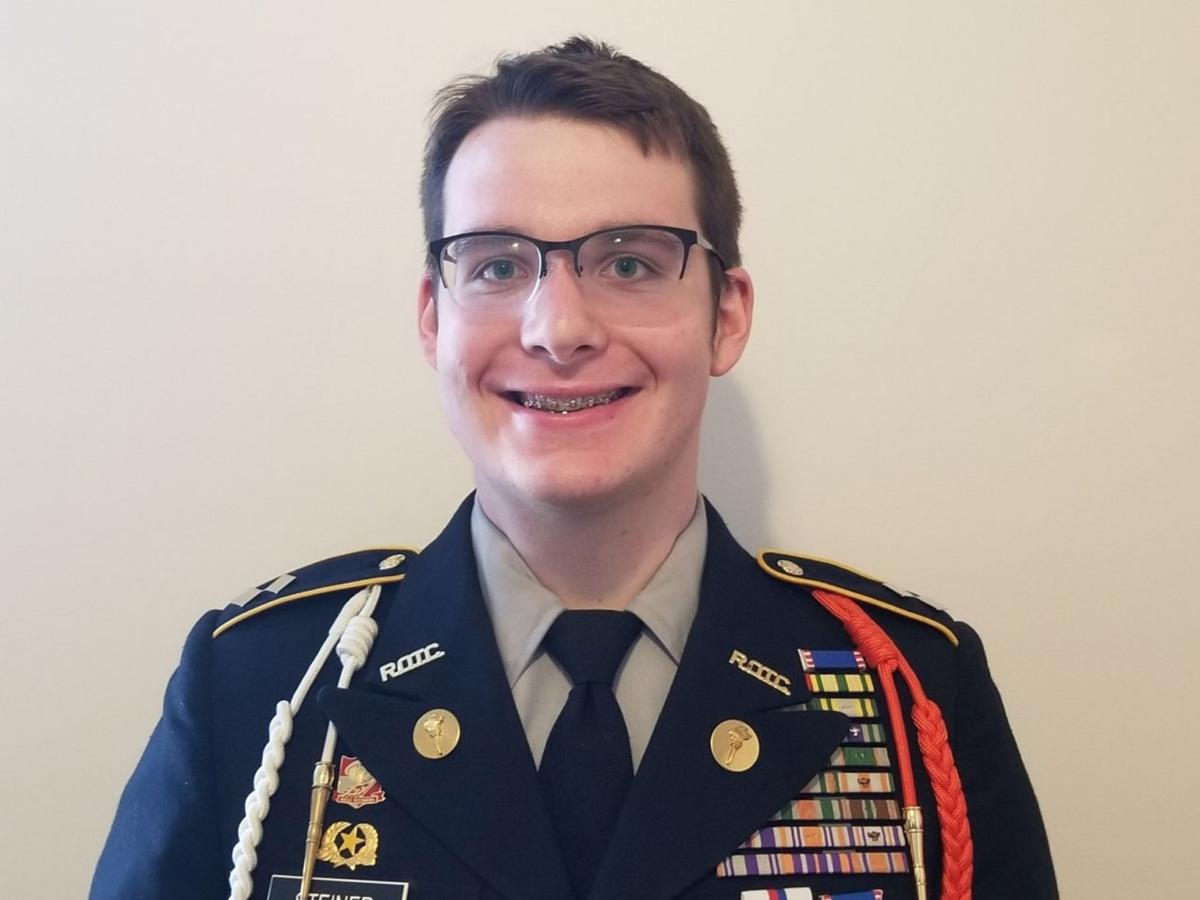 “Less than 25% of applicants were offered scholarships,” he said. “The Army looks for scholars, athletes and leaders. Most winners are in the top 20% of their class academically and score over 1,175 on the SAT. They are also in most cases varsity athletes, team captains, class officers or club presidents.”

Upon graduation from college, the cadets will be commissioned as second lieutenants and have an eight-year military commitment. They will have their choice of a minimum of four years active duty and four years in the ready reserve or eight years in the National Guard or Army Reserves.

“As junior military officers, they will receive the best leadership training, opportunities and experiences in the world,” said Lt. Col. (Retired) Piroli. “They will also have the privilege of serving their country and leading Americas sons and daughters. They will become members of one of the most well respect professions in America.”

Haley, the daughter of James and Julie Ramage, comes from a military family. She has been in JROTC four years and was Comet Battalion Commander from May 2019 to January 2020.

She will major in exercise science at Florida Southern College in preparation to pursue a career in physical therapy. The three-sport Comet athlete — swimming, volleyball and track and field — will also run track at college.

“After college I hope to attend the Army-Baylor DPT program to get my doctorate of physical therapy,” Haley said. “After that, I will be an active duty physical therapist. I plan on staying in the military as long as I can.”

Joshua, the son of Thomas C. and Katherine G. Steiner of Carthage, has been in JROTC for four years. He is the battalion commander, and prior to assuming command in January, had been the battalion executive officer since May 2019.

He will major in marine biology and minor in musical performance at college.

“As of right now, I am considering the military as a career, though that may change depending on experience,” Joshua said. “I do not know what field within the Army I would like to pursue, but I think I would like it to be one that I would not have the chance to experience in the civilian world, such as a combat field. If I end up not making the military a career, I would like to work with the Fish and Wildlife Service or with a university as a field/research biologist.”

During high school Joshua also participated in chorus, Camerata singers, musicals/theatre, Whiz Quiz, varsity tennis and Science Olympiad, as well as the various JROTC teams. Outside of school he is active with BSA Troop 54 and Venturing Crew 398 and attended Boys’ State.

According to Lt. Col. (Retired) Prioli, Carthage Central High School has had an Army JROTC program for 16 years with annual enrollment averaging about 175 cadets for the past 10 years. Over the past 16 years, 50 Carthage Army JROTC cadets have earned ROTC scholarships and another three have received appointments to The United States Military Academy at West Point. Total dollar amount of these scholarships is estimated to be well over $7 million.

Carthage is the only school in the north country that offers JROTC. The program is sponsored by the Army with the Army subsidizing the school district for most of the program costs.