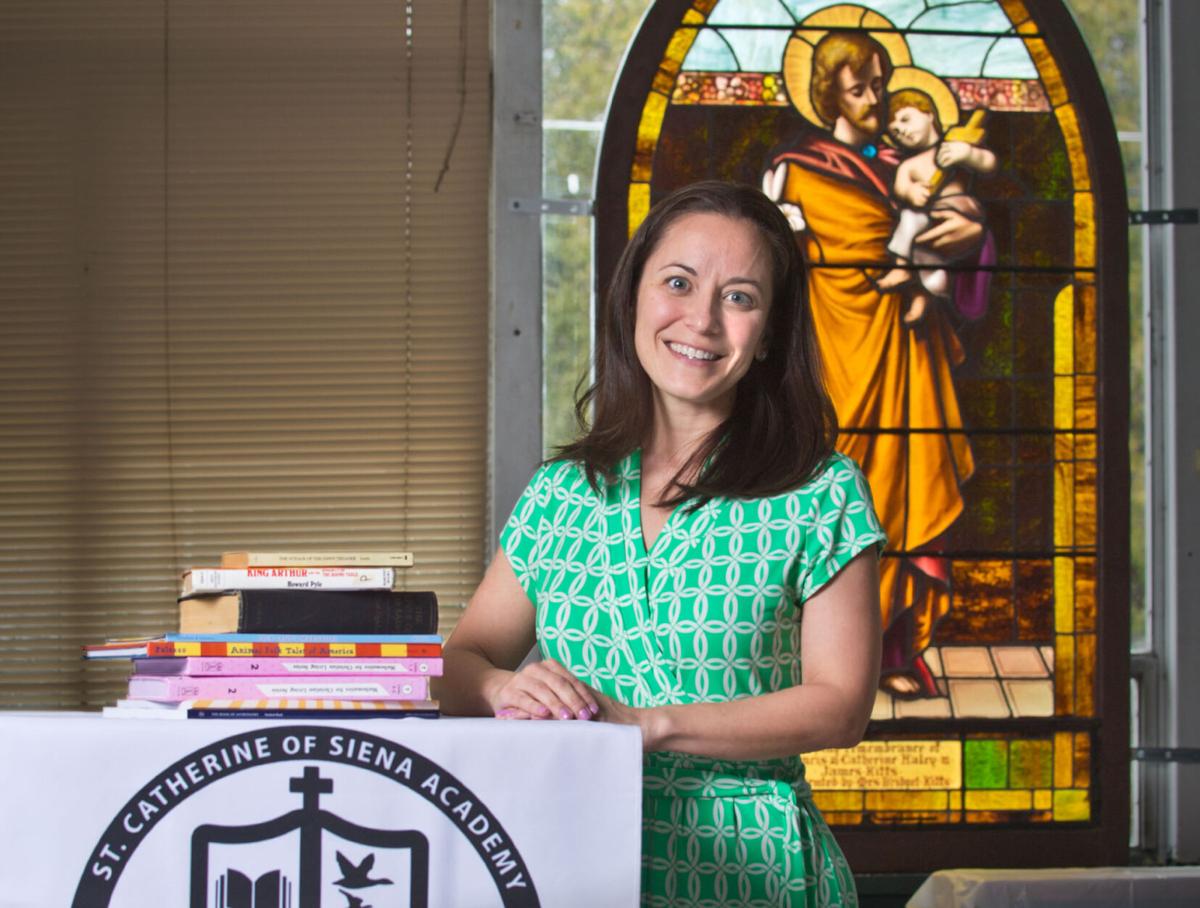 Devon C. Sutton, a governing board member for St. Catherine of Siena Academy, stands inside the former St. Mary’s School building in Canton on Friday. The Catholic school is set to open this fall and will operate out of a rented classroom at the St. Mary’s building. Christopher Lenney/Watertown Daily Times 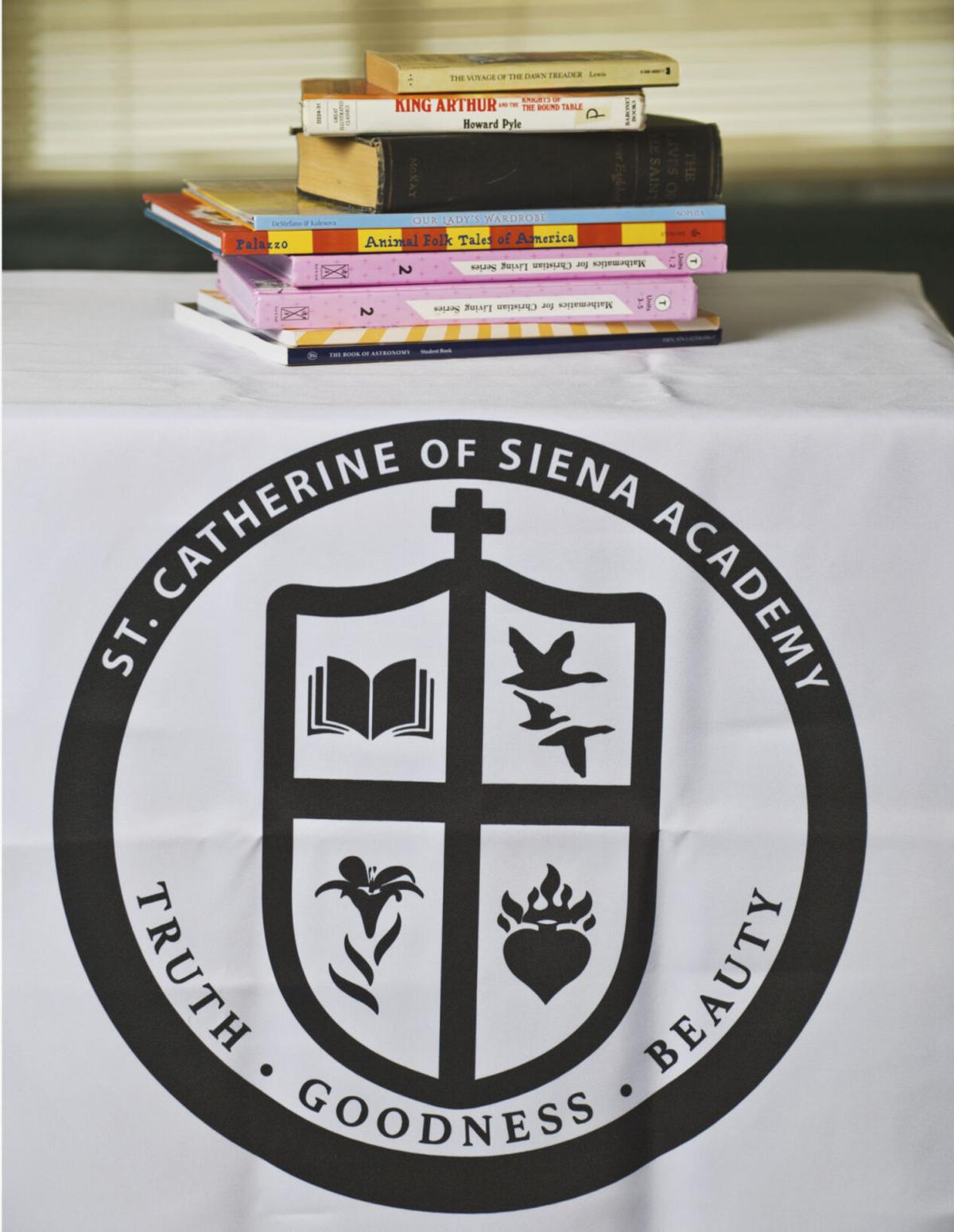 Devon C. Sutton, a governing board member for St. Catherine of Siena Academy, stands inside the former St. Mary’s School building in Canton on Friday. The Catholic school is set to open this fall and will operate out of a rented classroom at the St. Mary’s building. Christopher Lenney/Watertown Daily Times

CANTON — A Catholic education option rich in “truth, goodness and beauty” is returning to Canton.

Chartered by the state Department of Education, St. Catherine of Siena Academy is set to open for students in kindergarten through fourth grade this fall. The school will be housed in the former St. Mary’s School on Powers Street, though Siena is operating independently from the adjacent St. Mary’s parish and the Roman Catholic Diocese of Ogdensburg.

Following the 2020 closure of St. Mary’s School — after 90 years — the parish has used the school building as a church center, where, for instance, religious education classes are held. Siena Academy is renting a classroom inside the center, and will likely rent additional rooms as enrollment grows, Devon C. Sutton said.

Ms. Sutton, mom to two soon-to-be students and member of the school’s governing board, described Siena as “an independent liberal arts school in the Catholic tradition.”

A collection of priests, public school educators, area parishioners and parents of future students have worked through the ongoing COVID-19 health crisis to form Siena.

“Especially after this particular year, the sense of hope this is bringing is needed,” Ms. Sutton said. “COVID has torn down so much, and to be able to build something up is wonderful.”

When St. Mary’s School hosted its final graduation ceremony in June, 11 employees, including five full-time teachers, moved on from their positions. For the 52 students enrolled last year — down from 78 the year prior, and more than 140 in the 1990s — school transfers were imminent.

Siena Academy is a member of the Institute for Catholic Liberal Education and approaches learning holistically, Ms. Sutton said. A Renaissance history lesson, for example, would involve learning about language, music, art, culture, science and math evolving from the period.

“With such a hunger for this in the local community, it’s been a joy-filled process,” Ms. Sutton said, adding that the community’s support is reflective of “the spirit of the north country.”

Fall enrollment is now open for between 15 and 25 students, with growth expected over the next few years. Fifth grade will be added in 2022, as students progress. Busing to and from the Powers Street location is available.

Tuition information and registration forms are viewable at sienaacademy.org.

Many scholars and educators believe that a Catholic education rich in "truth, goodness and beauty," namely the Catholic classical liberal arts model of education, prepares students to be heroes and saints while falling short in preparing them for a technology and information age, higher education and careers.

What does it mean that Siena Academy is chartered by the State Department of Education? Does the Department impose curriculum, testing, professional development, etc., requirements on the Academy that would encourage a substantive education, resulting in a balance between it and indoctrination? Is the charter provisional at this time?