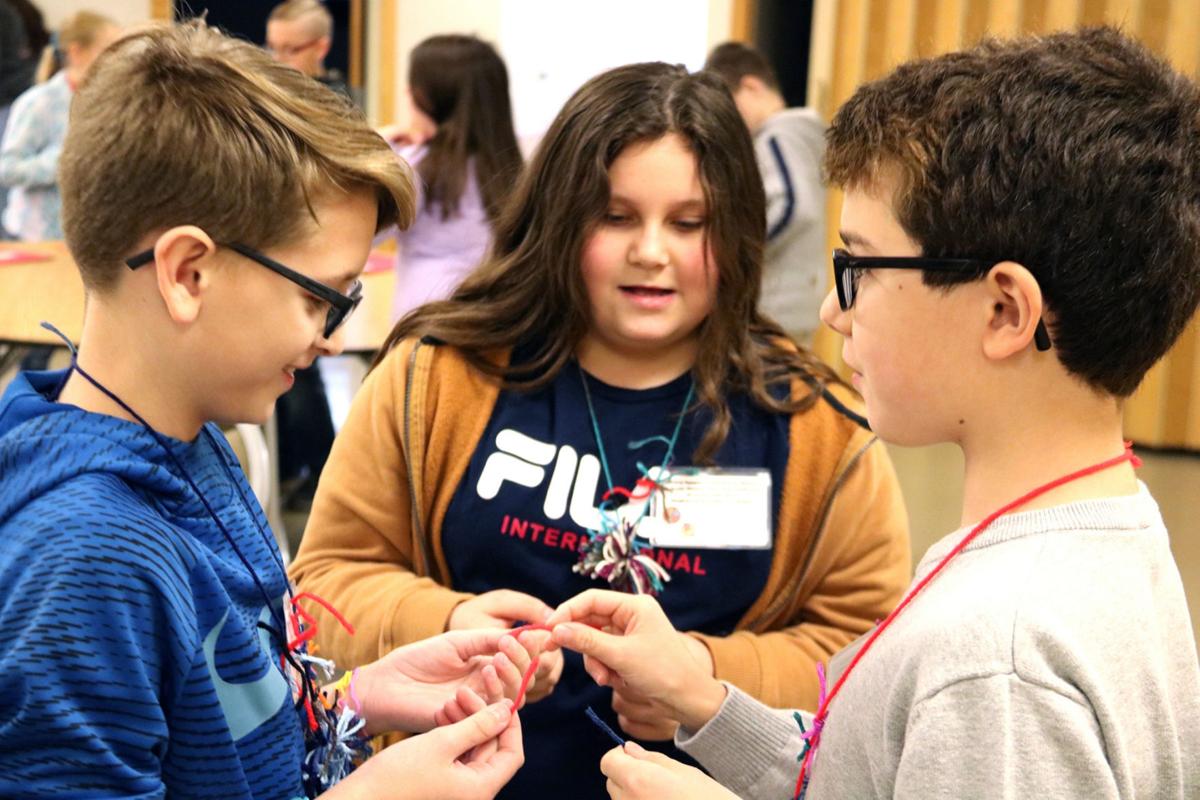 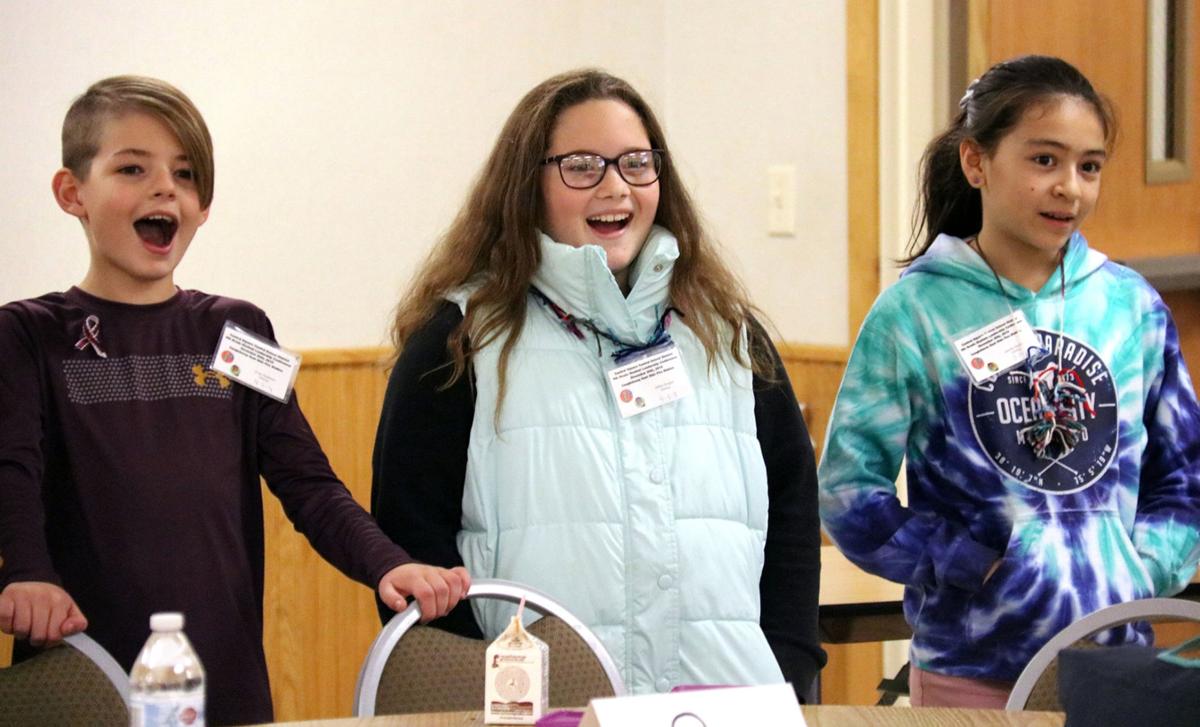 Fifth grade students, from left, Evan Delahunt, Jillian Keegan and Isabella Sanford participate in a group exercise at the Central Square School District Fifth Grade Leadership Conference. This annual event aims to give students the tools they need to emerge as leaders in their community.

Fifth grade students, from left, Evan Delahunt, Jillian Keegan and Isabella Sanford participate in a group exercise at the Central Square School District Fifth Grade Leadership Conference. This annual event aims to give students the tools they need to emerge as leaders in their community.

CENTRAL SQUARE - The Caughdenoy Fire Station was bustling with the leaders of today and into the future, as Central Square School District held their annual Fifth Grade Student Leadership Conference. The event, coordinated by the district’s Student Leadership Task Force, aims to teach students about leadership skills and show them how to implement these skills at school, at home and in the community.

The task force was joined by superintendent Thomas J. Colabufo, who visited the conference to welcome students and discuss the importance of effective leadership. This led to an icebreaker exercise where each participant received a string adorned with small strings of yarn called “warm and fuzzies” and were encouraged to meet as many people around the room to exchange these “warm and fuzzies” along with words of encouragement.

Throughout the conference, students were challenged to identify the qualities that make a good leader and how these qualities are portrayed in real life and in the media. This led to the first of two breakout sessions, where groups were asked to make a poster, detailing what a leader looks like.

After lunch and a quick recharge activity, students participated in an interactive workshop, taking a closer look at leadership in Hollywood, transitioning next to their second breakout session. This session was a call to action emphasizing community service and the importance of civic responsibility, and students participated in a community service project. The project was to make appreciation care packages for support staff throughout the district, with a note of thanks attached to each.

The last workshop of the day was a round table leadership panel, in which all the day’s activities were reflected upon, and an emphasis was placed on how each student could implement what they learned into their everyday actions. Fifth graders were also given a unique opportunity to sit down with current sixth grade students and get their questions about middle school answered, as they prepare to transition at the end of the year.

This was the 15th annual Fifth Grade Leadership Conference held in Central Square, and it is patterned after the HOBY Prep Conference, a nationwide fifth grade conference that Central Square developed and piloted in 2004 by Paul V. Moore High School student Shauna White. White, a HOBY International Ambassador was personally asked by actor Hugh O’Brian to undertake this project as an addition to the seminar for youth leaders called HOBY that he began in 1958. HOBY’s mission remains to seek out, recognize and develop leadership potential in today’s youth and challenges ambassadors to become leaders through involvement in their community. Central Square School District continues to rise to the challenge.