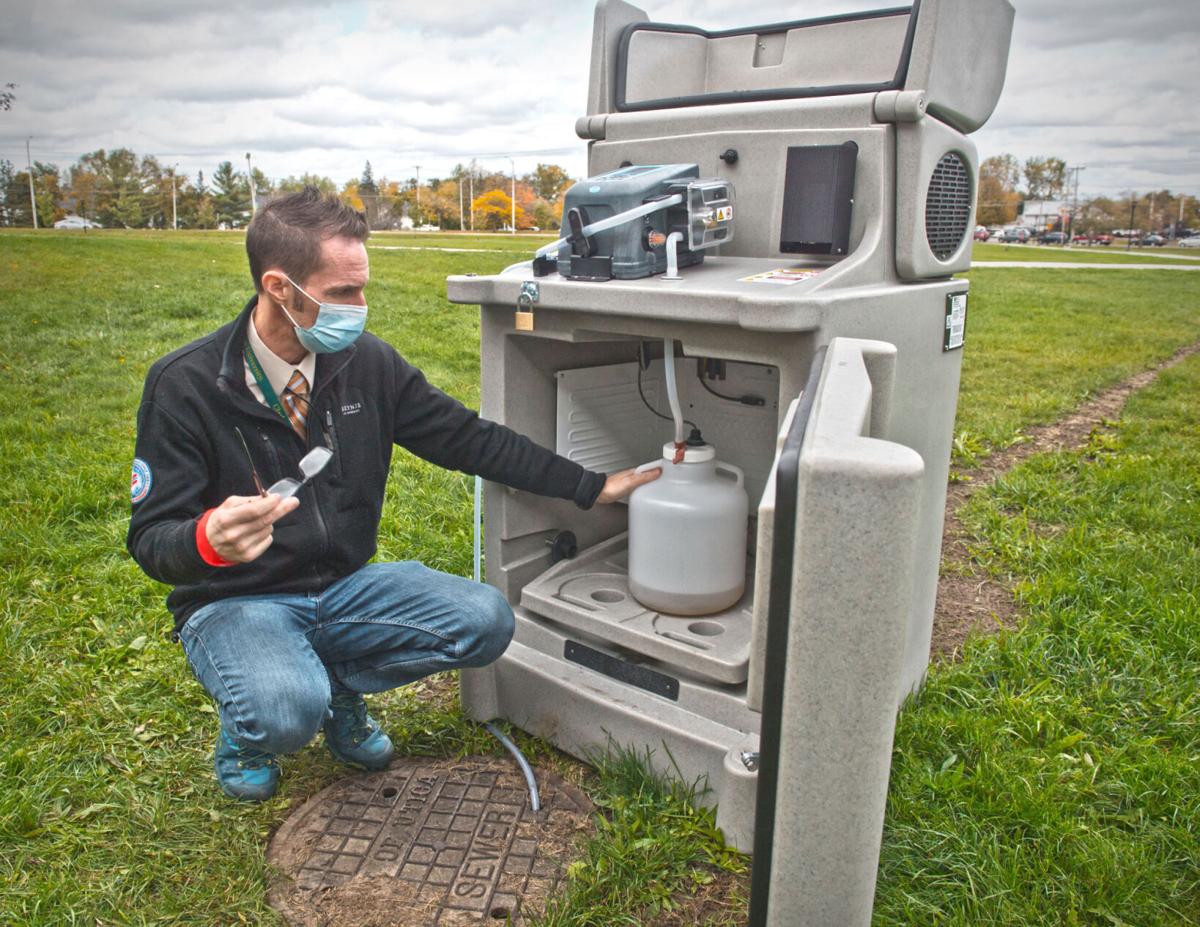 Clarkson University Associate Professor Shane Rogers demonstrates how a wastewater sampler collects samples for novel coronavirus testing in front of Hamlin-Powers Residence Hall at Clarkson on Thursday in Potsdam. The sampler is one of seven on campus. Christopher Lenney/Watertown Daily Times 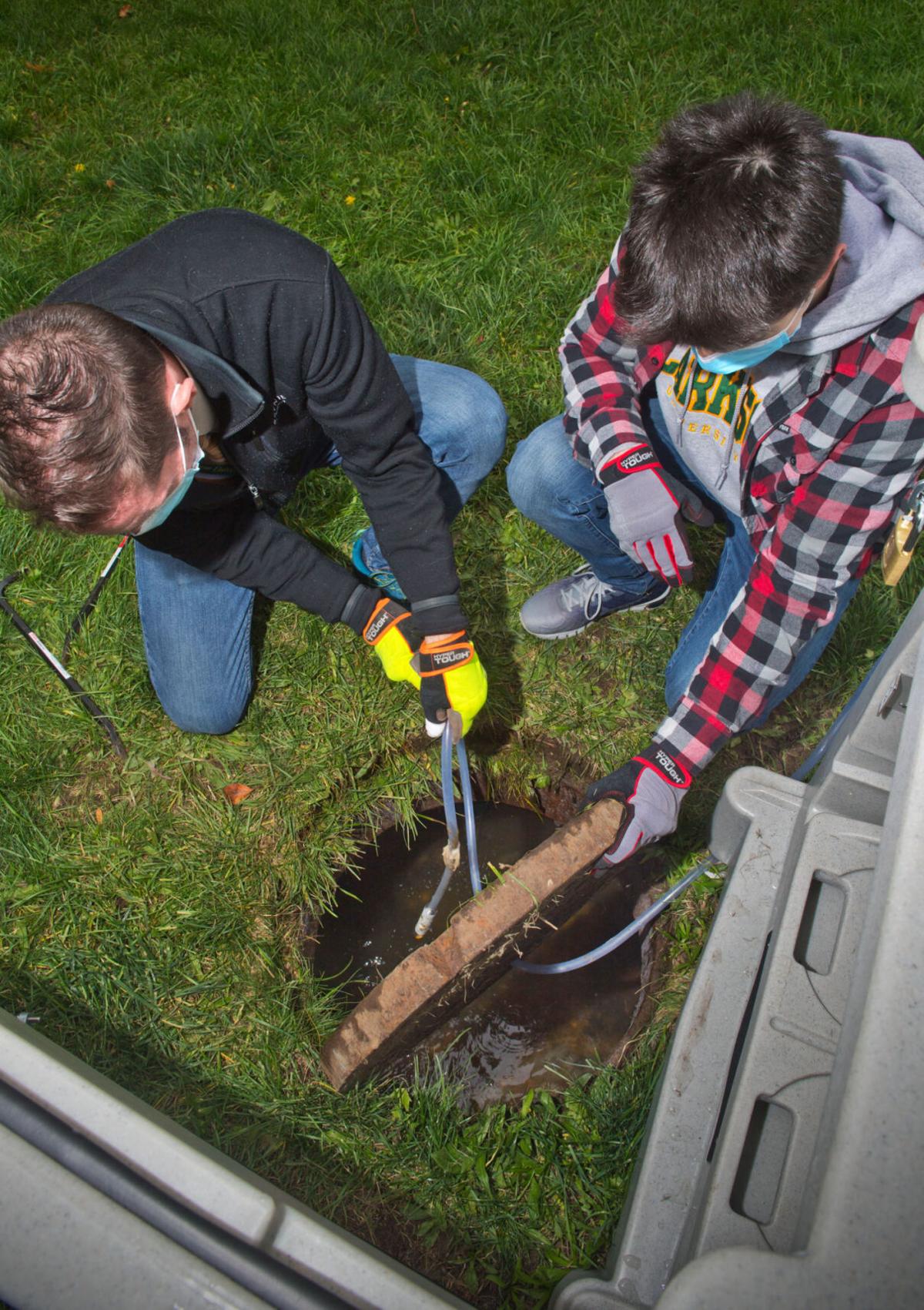 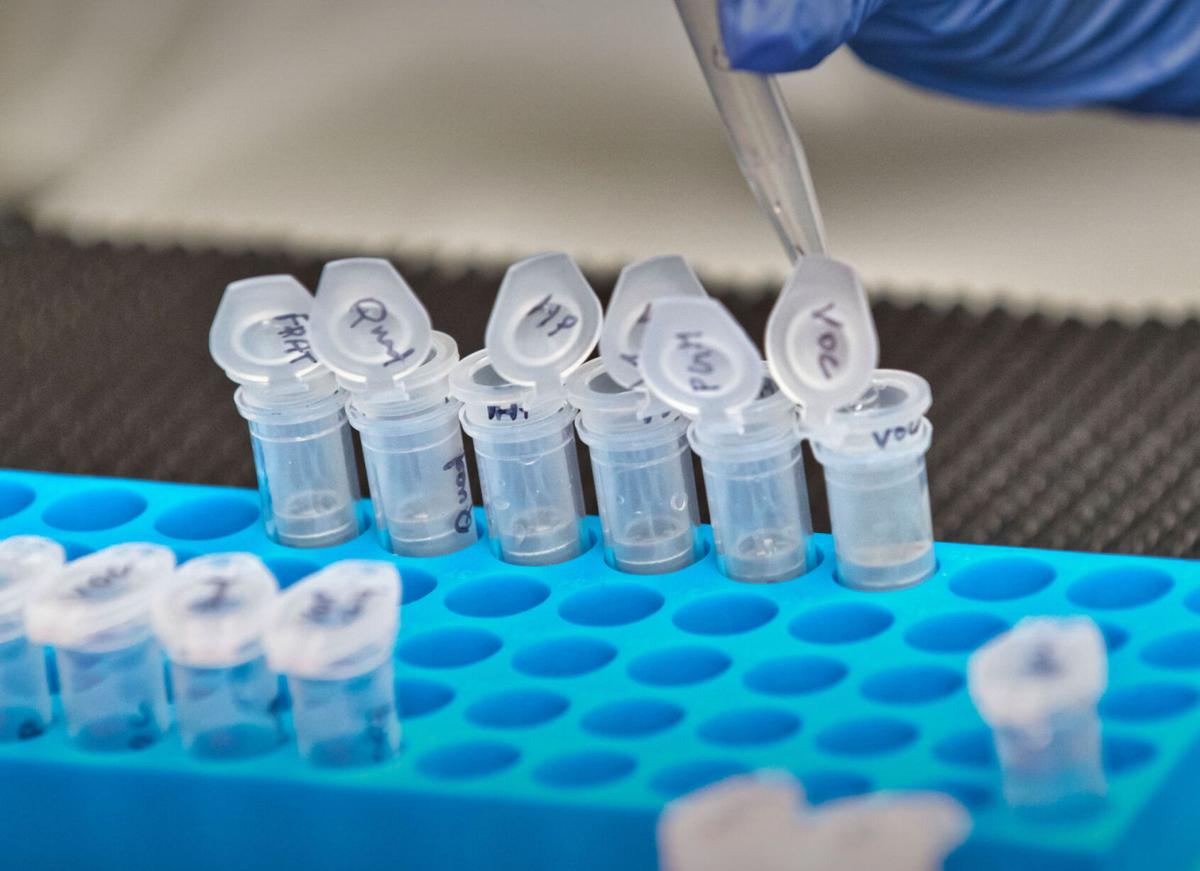 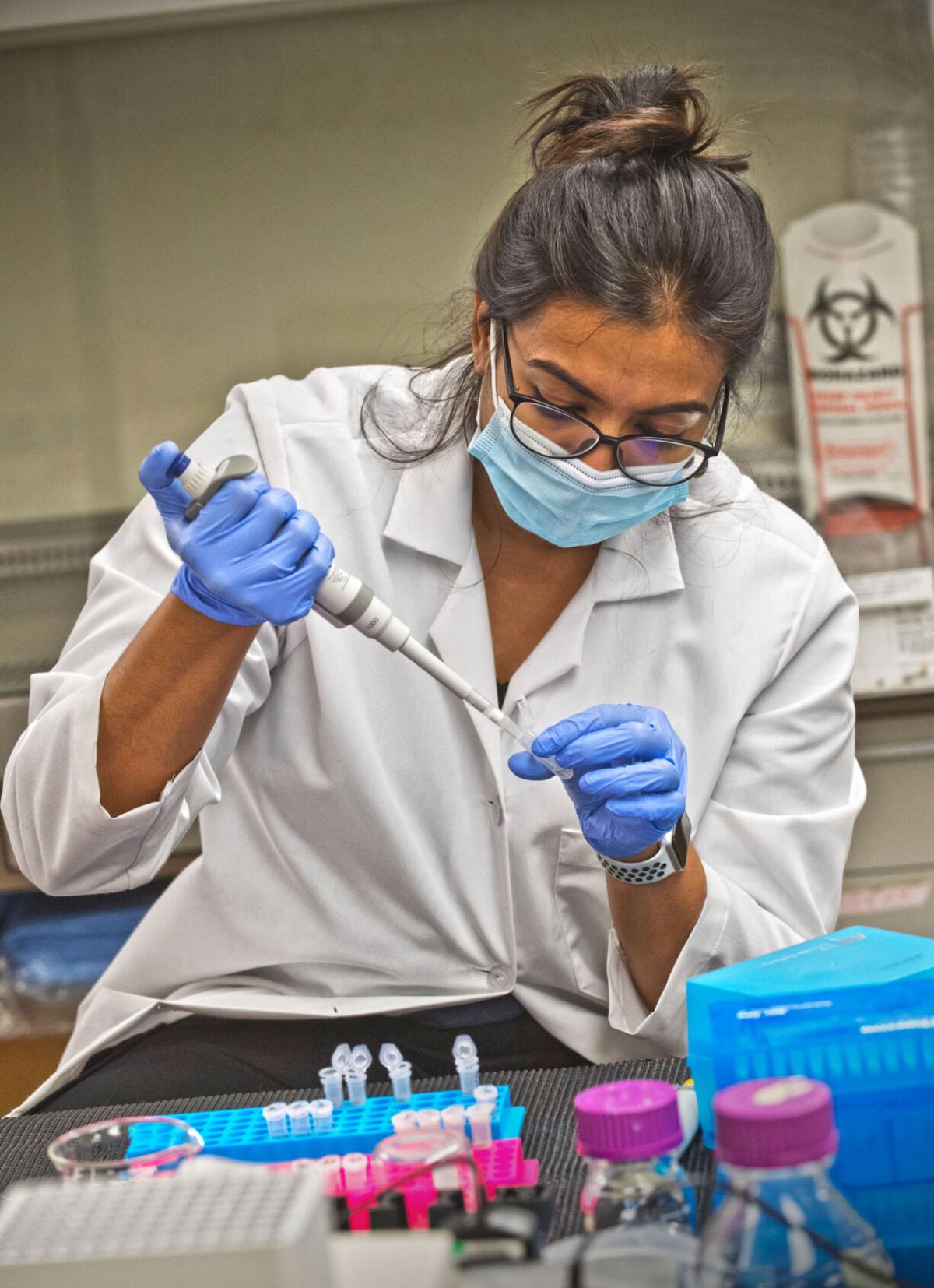 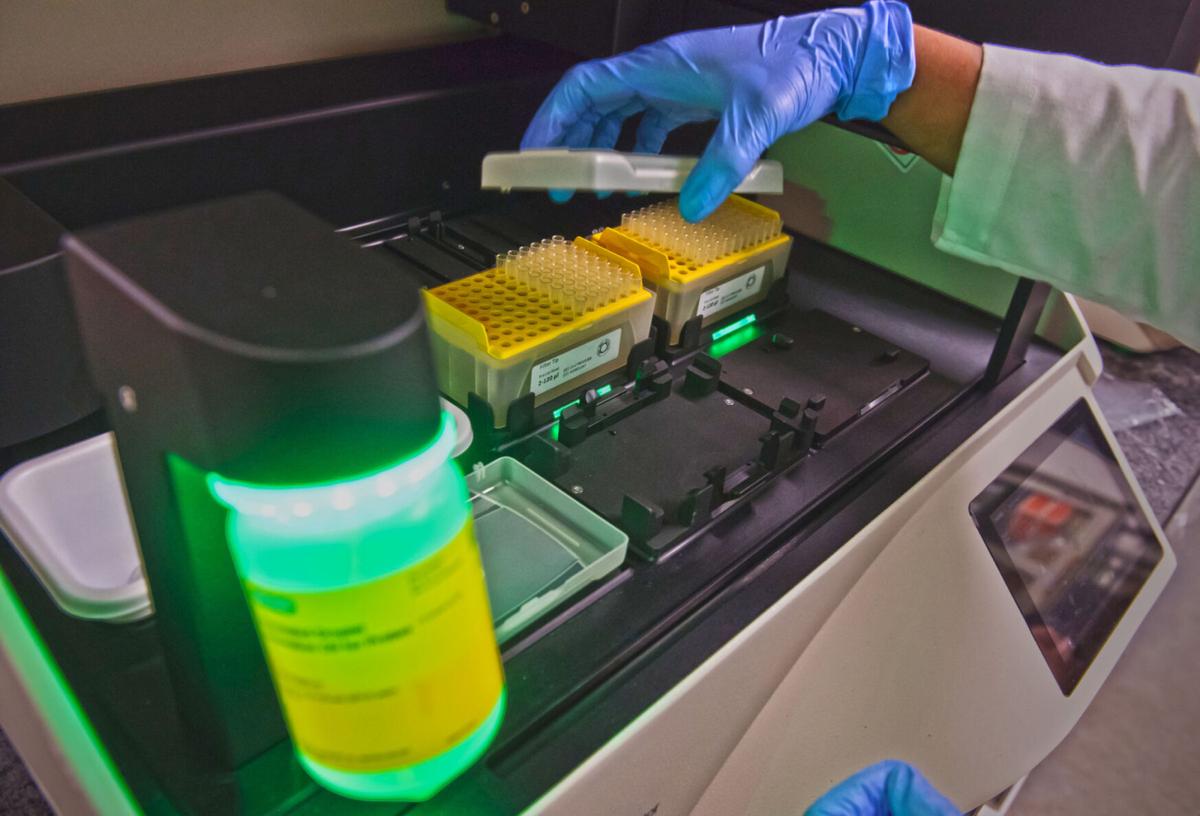 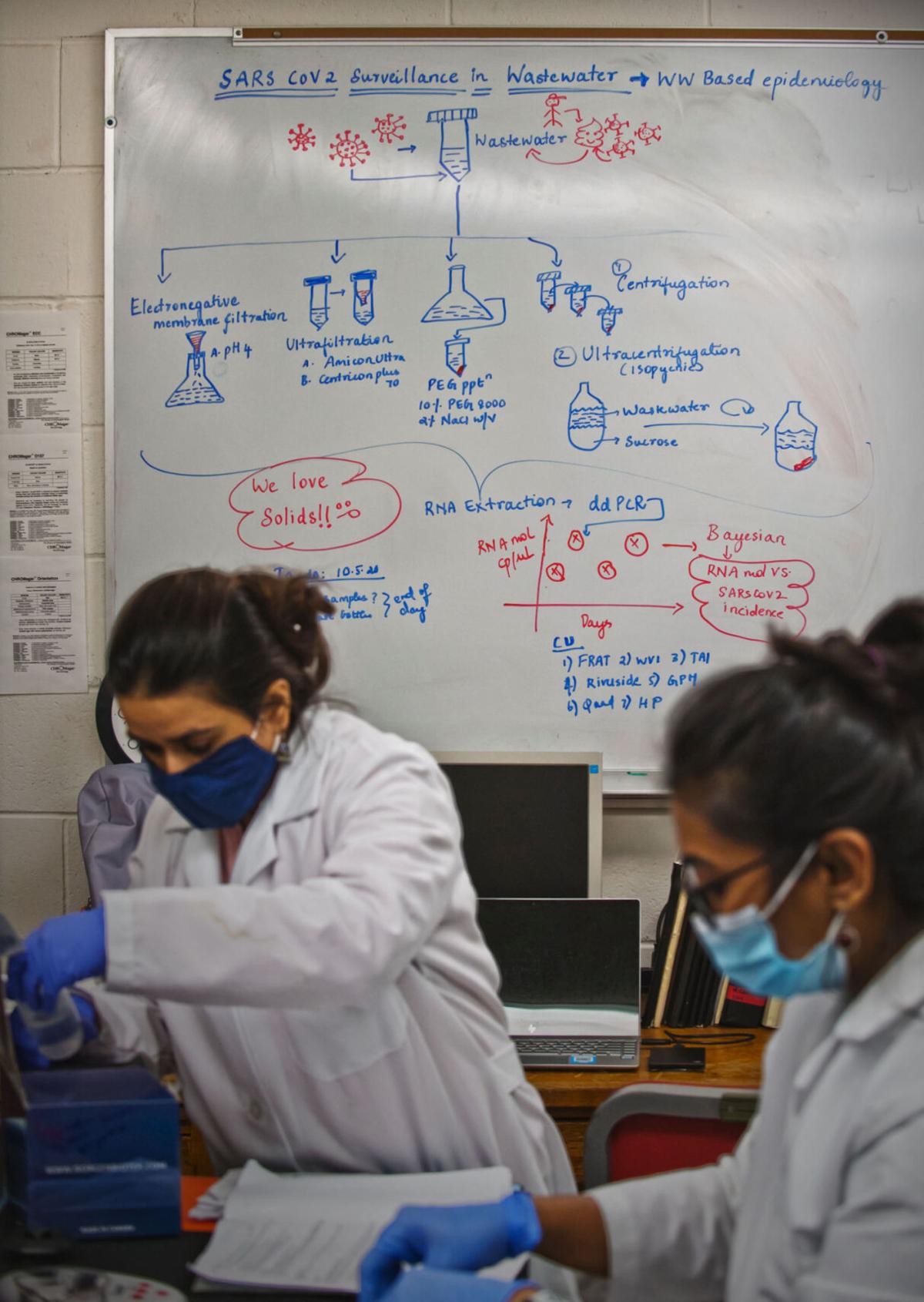 Clarkson University Associate Professor Shane Rogers demonstrates how a wastewater sampler collects samples for novel coronavirus testing in front of Hamlin-Powers Residence Hall at Clarkson on Thursday in Potsdam. The sampler is one of seven on campus. Christopher Lenney/Watertown Daily Times

Beneath the iron plate and partially submerged in sewage, tubing trailed from the ground to one of seven above-ground wastewater samplers stationed across campus. Pumped through the plastic tubing to a 2.5-gallon container housed inside the all-weather sampler, wastewater is collected every 15 minutes for a 24-hour period twice a week.

The material contains sink and shower drainage, flushed fluid and fecal matter, and — importantly — detectable concentrations of the SARS-CoV-2 virus, or novel coronavirus.

“The coronavirus has really been a place where wastewater epidemiology is taking center stage,” Mr. Rogers said. “People are realizing how important it can be.”

A Clarkson associate professor of civil and environmental engineering, Mr. Rogers has worked with colleagues and students over the last few months to develop a wastewater surveillance program for ongoing monitoring of virus shedding.

COVID-19, the respiratory disease caused by the novel coronavirus, has killed more than 210,000 people in the United States, and about 32,000 in New York since February.

As higher education institutions drafted reopening policies this summer, state-mandated criteria across four major categories — reopening, monitoring, containment and shutdown — were written into restart plans. Clarkson, like the other three members of the Associated Colleges of the St. Lawrence Valley, have implemented protocols for weekly individual swab tests as part of plan requirements.

Wastewater testing for the novel coronavirus has been launched on college campuses and in municipalities around the world, as the virus is known to shed in the feces of infected individuals. Wastewater-based epidemiology as a pathogen-detection model has evolved over several decades, with wastewater sampling successfully detecting polioviruses as early as the 1990s.

With the program now operational, the villages of Potsdam and Canton, as well as St. Lawrence University, SUNY Canton and North Country School in Lake Placid, are beginning to send their own wastewater samples to Clarkson for weekly or twice-weekly testing.

On campuses, the focus is monitoring residential buildings for potential clusters where increased individual testing should be targeted.

“Wastewater testing is a really good way of being ahead of the curve, of determining if there’s an outbreak, even a small one, on campus before it gets out of hand,” SUNY Canton President Zvi Szafran said. “By being able to see what’s going on in the residence halls and to determine if there’s any presence of the virus, it allows you then to divert your resources right where they’re most needed very very promptly.”

Thursday’s wastewater collection at the Hamlin-Powers site marked the fourth round of Clarkson sampling in the last two weeks. Since the start of the fall semester, Clarkson has reported three positive cases on campus. Low traces of the virus have been detected through wastewater sampling in the first few rounds, Mr. Rogers said.

Prior to each 15-minute increment, the sampling system’s peristaltic pump — which compresses and expands the tubing to draw up and push back material — flushes the inside of the tube before 100 milliliters of wastewater drops into the collection container.

An automatic float switch at the container’s opening, similar to floating devices used on livestock water troughs, prevents sewage from overflowing out of the system should excess sample be drawn up. Internal controls maintain a temperature of 4 degrees Celsius, about 39 degrees Fahrenheit. The samples are kept chilled to slow virus decay, but not frozen, as repeated freezing and thawing can lead to faster virus degradation, Mr. Rogers said.

Upon completion of a 24-hour cycle, the container is detached from the tubing and taken to Rowley Laboratories on campus, where students begin the testing process. Results can be returned in as few as 12 hours, though Mr. Rogers said his lab maintains a turnaround time of about 24 hours to ensure appropriate respite for lab technicians.

After the project was approved in early August, samplers and new equipment shipped and staff and students set up the seven campus stations. Mr. Rogers and Ms. Ravindran participated in virtual trainings and have since taught students how the sensitive diagnostic lab equipment works.

To detect the virus in fecal matter diluted by other fluid, the wastewater samples must be re-concentrated using a centrifuge at 300,000 times the force of Earth’s gravity, a first lab step Mr. Rogers described as “turd reconstitution.”

Once fecal matter has been concentrated and buffered in new fluid, technicians can extract virus RNA, the single-strand nucleic acid essential for genetic coding and regulation. The extracted RNA, suspended in a drop of fluid, is placed inside an automated droplet generator — complete with robotic arm — and disbursed across about 20,000 even smaller droplets.

The dispersed RNA is then amplified inside a second instrument before each droplet is read in a third.

The extraction, amplification and reading process, he added, is essentially the same process used to test nasal swabs, with calibration of equipment adjusted for virus RNA detection in sewage rather than people.

“We have great instrumentation on campus, but it had to be supplemented with specific equipment for this,” Clarkson President Anthony G. Collins said.

About $300,000 in university funding supported the purchase of the highly-sensitive lab equipment, with an additional estimated $200,000 invested in the sampling equipment and lab staffing, Mr. Collins said.

“It’s a very significant investment, but we believe it’s worth it because of the immediate impact it can have,” he said. “Clarkson is known in the environmental engineering world for literally cutting edge technology and innovation, and so this just adds to that quiver of arrows of success. I’m extremely proud that we’re able to make this kind of contribution.”