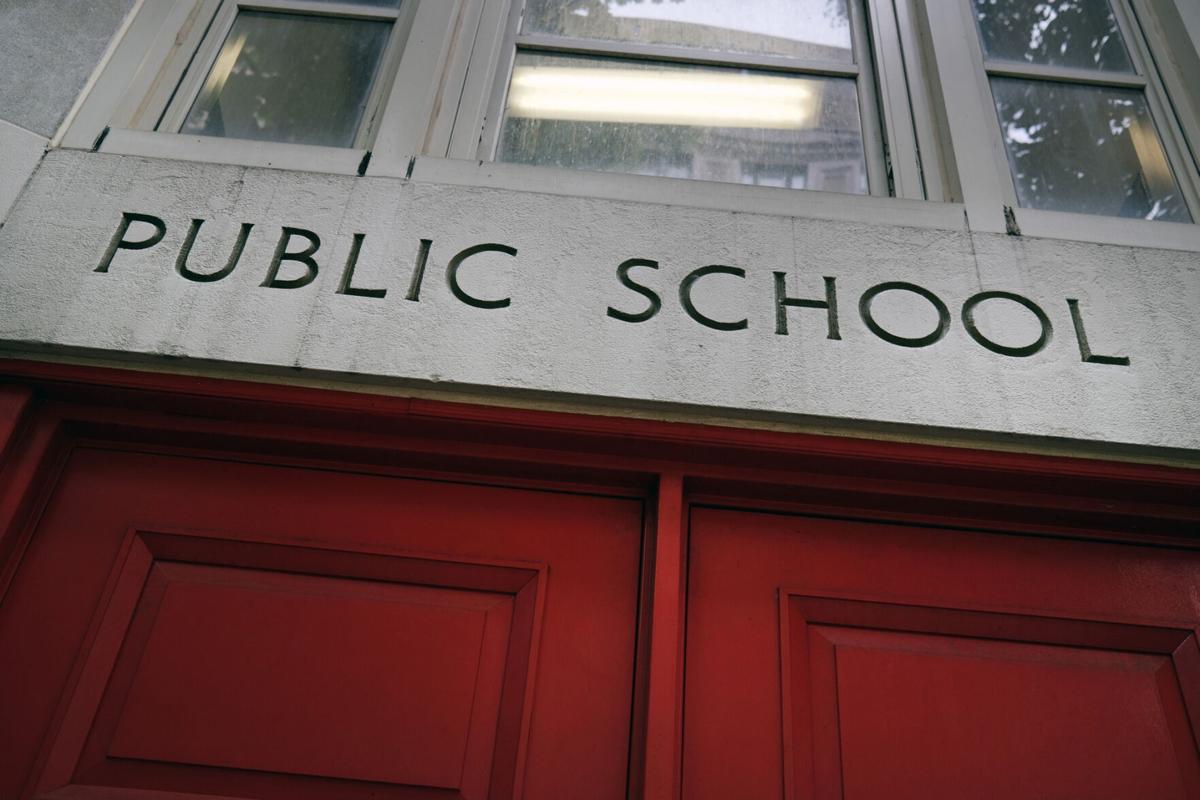 The outside of a public school building in New York City. Gov. Andrew Cuomo said Monday it’s inevitable for some of the state’s 700-plus public schools to be forced to close as students return to class next week. Johnson Newspapers 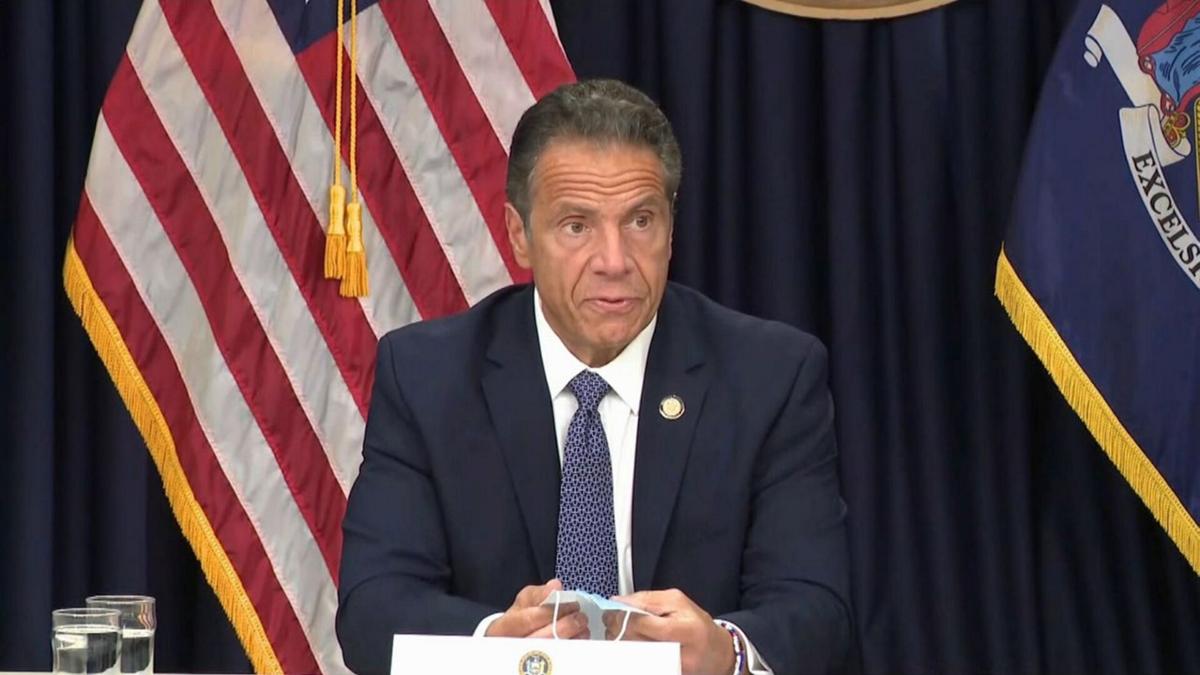 Gov. Andrew Cuomo said Monday it’s inevitable for some of the state’s 700-plus public schools to be forced to close due to coronavirus infections as students return to class next week. 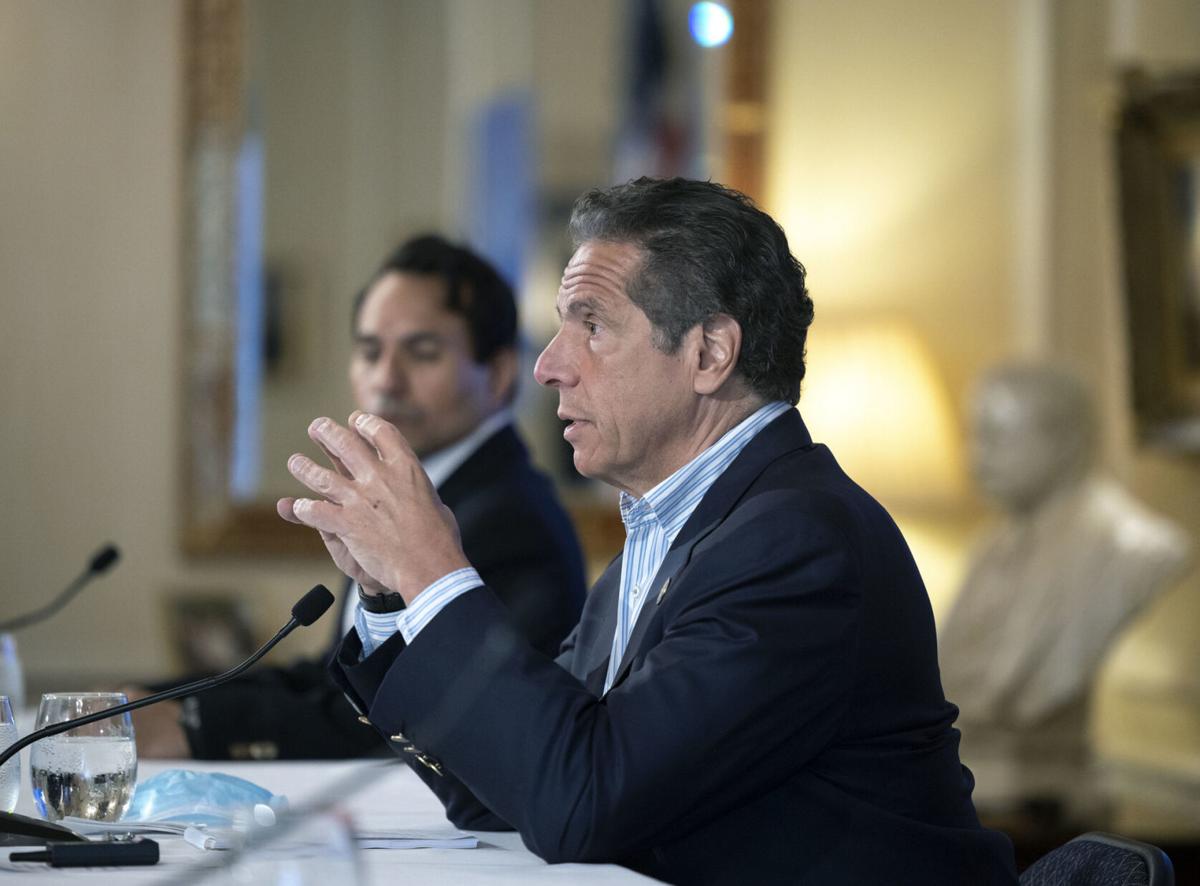 Gov. Andrew Cuomo speaks during a pandemic briefing May 23 at the Executive Mansion in Albany. Mike Groll/Office of Gov. Andrew M. Cuomo

The outside of a public school building in New York City. Gov. Andrew Cuomo said Monday it’s inevitable for some of the state’s 700-plus public schools to be forced to close as students return to class next week. Johnson Newspapers

Gov. Andrew Cuomo said Monday it’s inevitable for some of the state’s 700-plus public schools to be forced to close due to coronavirus infections as students return to class next week.

Gov. Andrew Cuomo speaks during a pandemic briefing May 23 at the Executive Mansion in Albany. Mike Groll/Office of Gov. Andrew M. Cuomo

Future coronavirus clusters and the temporary closure of public school districts are inevitable when students return to classes next week, Gov. Andrew Cuomo said, as congregates of students in social settings forced a state college to close over the weekend.

Do you think students will actually return to school for in-person instruction in September?

Cuomo reiterated Monday the state decided schools can reopen, but individual reopening plans and decisions were left to each district.

“Don’t be shocked when we get to September and school districts say, ‘We’re starting with in-person’ ... and then schools wind up going to remote or canceling certain classes,” Cuomo said Monday afternoon during a conference call with reporters. “That is going to happen.”

In July, the state released guidance detailing schools could reopen in September for regions in Phase IV of reopening with a COVID-19 infection rate under 5% over a 14-day average. Schools will close if a region’s infection rate surges above 9% over a seven-day average since Aug. 1.

Three new temporary rapid testing sites will open in the city of Oneonta at 11 a.m. Wednesday at the Oneonta Armory, Foothills Performing Arts and Civic Center and St. James Church on Main Street will be open from 9 a.m. to 6 p.m. Thursday through Saturday.

“Colleges are the canary in the coal mine,” Cuomo said. “...What we’re seeing with colleges, I think is going to be replicated on K-12.”

The state’s 713 public school districts were cleared to reopen for in-person classroom instruction pending the state and state Health Department’s approval of each district’s reopening plans.

Cuomo expects schools to reopen with administrators following compliance measures, and planning to test a certain percentage of students.

“If they are not followed ... you will see students get infected,” Cuomo said, adding a spike in some districts is inevitable with more than 700 statewide.

“You will see the transmission rate go up and then you will see schools closed,” he said. “It is inevitable that when you bring a concentration of people together, the viral transmission is going to go up. The question will become, like on colleges, how well did that administration actually enforce compliance and what was their parameter for number of students infected before the school takes quarantine measures?

Cuomo supported Malatras’ decision to close the campus for two weeks, he said.

“I hope it resonates across the state,” Cuomo said. “I hope private colleges heed the message. The chancellor’s actions were aggressive and appropriate. Compliance matters.”

“Let them explain that when they get home,” he said. “You want to party in college, now you can go home and party with your parents.”

The state deployed a SWAT team and opened eight rapid coronavirus testing sites in the region Thursday as clusters in the area remain a concern. About 1,200 rapid tests were conducted since Thursday, with about 3.1% positive. The eight sites will remain open through Wednesday.

The city of Buffalo reports a positive coronavirus test rate of 4.8%.

The spike of coronavirus cases appeared in Western New York following a spread at two nursing homes, a steel factory, food-processing plant and farms after seasonal employees returned to work.

New York’s other nine regions had a rate of 1.3% new virus cases and below Monday.

Cuomo and labor leaders sent a letter to the state’s congressional delegation Monday to provide $59 billion to address the state’s widening budget shortfall due to the COVID-19 pandemic.

The state expects a $30 billion deficit over two years. Local governments outside of New York City expect a $4.5 billion shortfall, a $9 billion budget crisis is anticipated in New York City.

The Metropolitan Transportation Authority is $12 billion short and the Port Authority of New York and New Jersey requires $3 billion to forego deep cuts.

“Private sector businesses have seen lost revenue and tens of thousands of jobs lost,” according to the letter. “There is no combination of state efforts that will address this financial crisis without federal assistance. Even if state and local governments cut expenses, increase taxes and reduced services, the revenue shortfall would still be in the billions of dollars.”

Also in the letter, officials urged Congress to repeal the tax change that eliminated the State and Local Tax, or SALT, deduction, which Cuomo has assailed for increasing taxes on New Yorkers.

Federal coronavirus assistance to New York and its localities would support projects to rebuild the John F. Kennedy and LaGuardia international airports, the MTA’s $51 billion capital plan, East Side Access and new Penn Station, according to a statement from the governor’s office.

“It is mathematics, my friend,” Cuomo said Monday. “If we do not receive federal funding, there is no way that the states and the local governments can cover the deficit.”

Several Democrats or progressive lawmakers have called for Cuomo to increase taxes on the rich or billionaires living in New York to help close this year’s $14.5 billion deficit.

“There is no combination of savings of efficiencies of tax increases that could ever come near covering the deficit, and we need the federal government to assist in doing that — period,” the governor said. “If the federal government does not pass an economic relief program, they will in effect be responsible for the consequences. The consequences will be significant reductions across the board.”

The State Liquor Authority and New York State Police coronavirus enforcement task force, which inspects for compliance of state mask and social distancing orders, issued five violations to bars and restaurants in Queens after more than 1,000 surprise visits over the weekend.

“I’ve told local governments every day until I’m blue in the face they have to enforce the bar and restaurant regulations,” the governor said. “They’re not doing that uniformly across the state. The SLA and police are complementing it.”

The state’s rate of new COVID-19 infections remained under 1% for the 24th straight day at 0.99% positive Monday — or 656 additional coronavirus cases after 66,241 tests Sunday.

Hospitalizations have declined to 418 patients statewide.

One New Yorker died from the virus Sunday — the lowest daily death toll since the pandemic began. More than 800 New Yorkers died in a single day from COVID-19 at the height of the outbreak in April.

“‘Flattening the curve’ actually saved lives,” Cuomo said. “I asked New Yorkers, I beseeched New Yorkers to understand the facts and to act responsibly. What the future holds is determined by what New Yorkers do.

Coumo has run this state into the ground and bankrupt!! Now wants the federal government bail their socialism minds out.Let the state go bankrupt. All blue states are on the same path. Coumo is a lair and thief. He ran the rich people away.