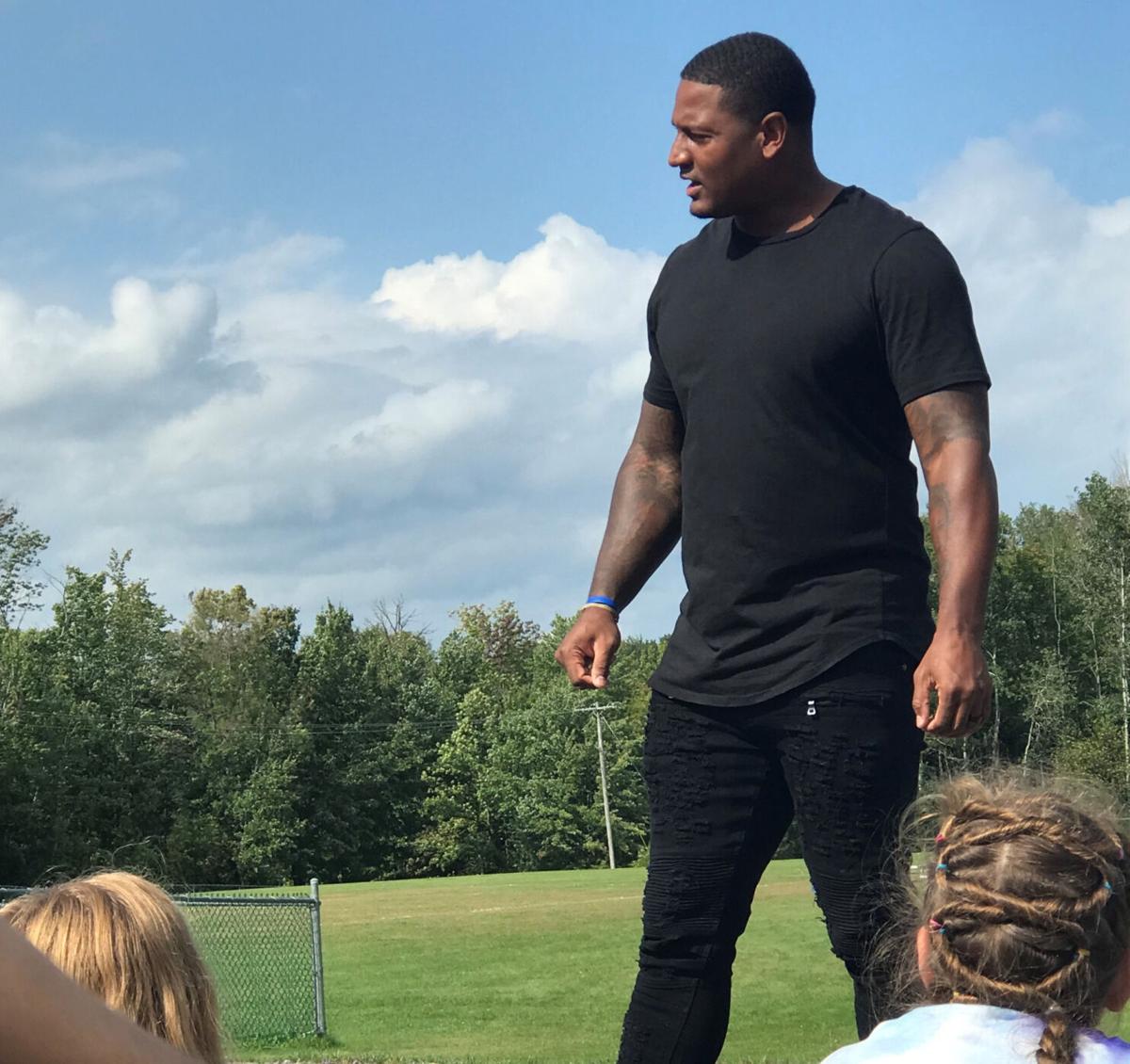 Ed Dickson speaks to the sixth-grade students of APW Elementary. 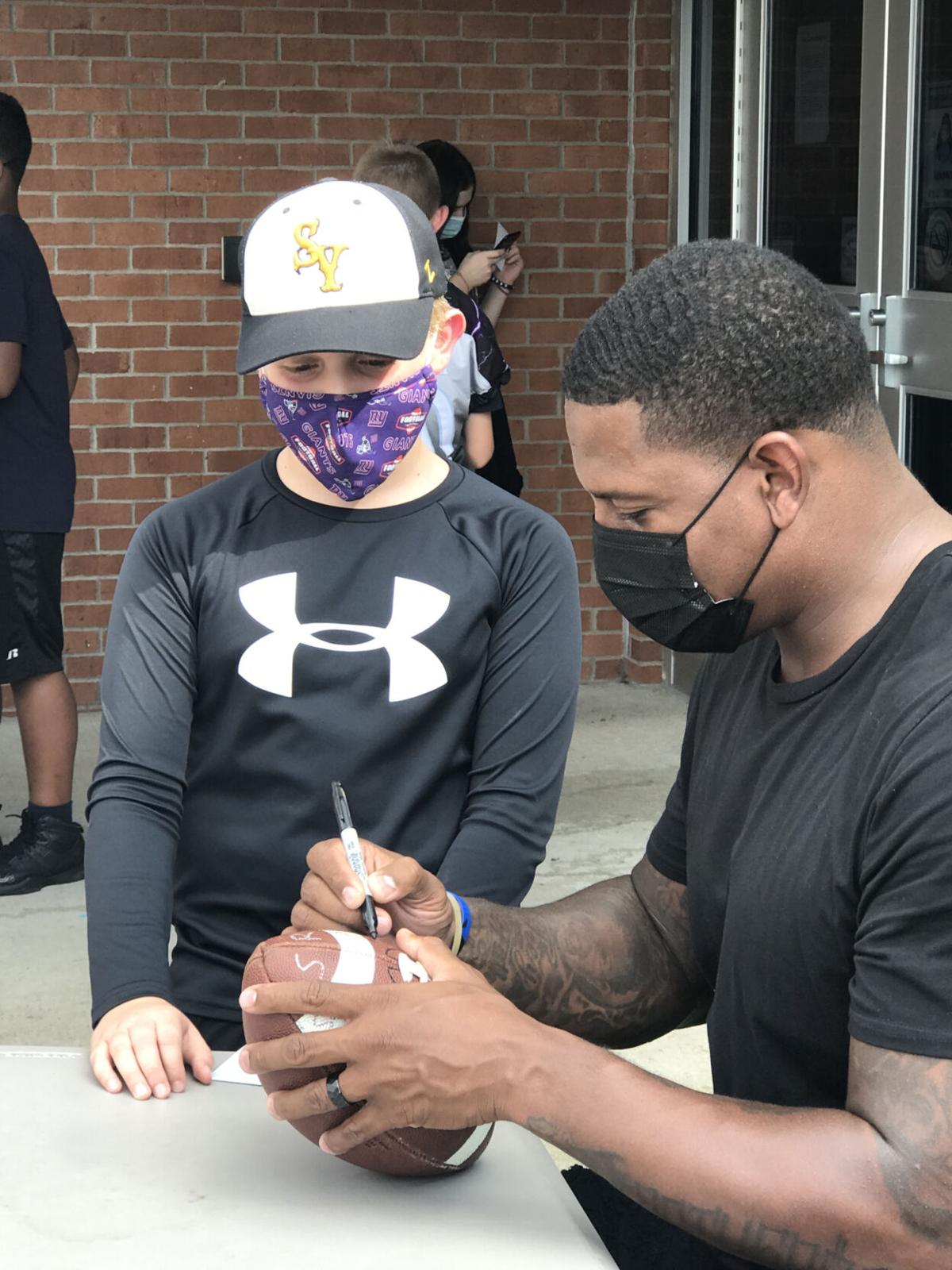 An APW student looks on as Dickson autographs a personal football.

Ed Dickson speaks to the sixth-grade students of APW Elementary.

An APW student looks on as Dickson autographs a personal football.

Dickson met with the sixth-grade classes to speak about how his educational experiences impacted his journey to the NFL. He reflected on all the extra time and effort he put toward his academics to be eligible for a college football scholarship. He finished his message by encouraging the students to dream bring and work hard at their future goals. Afterward, he took the time to autograph items for the students.

Dickson played nine seasons and appeared on three different teams during his NFL tenure that included a Super Bowl Championship in 2012 with the Baltimore Ravens and another Super Bowl Appearance in 2015 with the Carolina Panthers. He concluded his career after the 2018 season with the Seattle Seahawks.