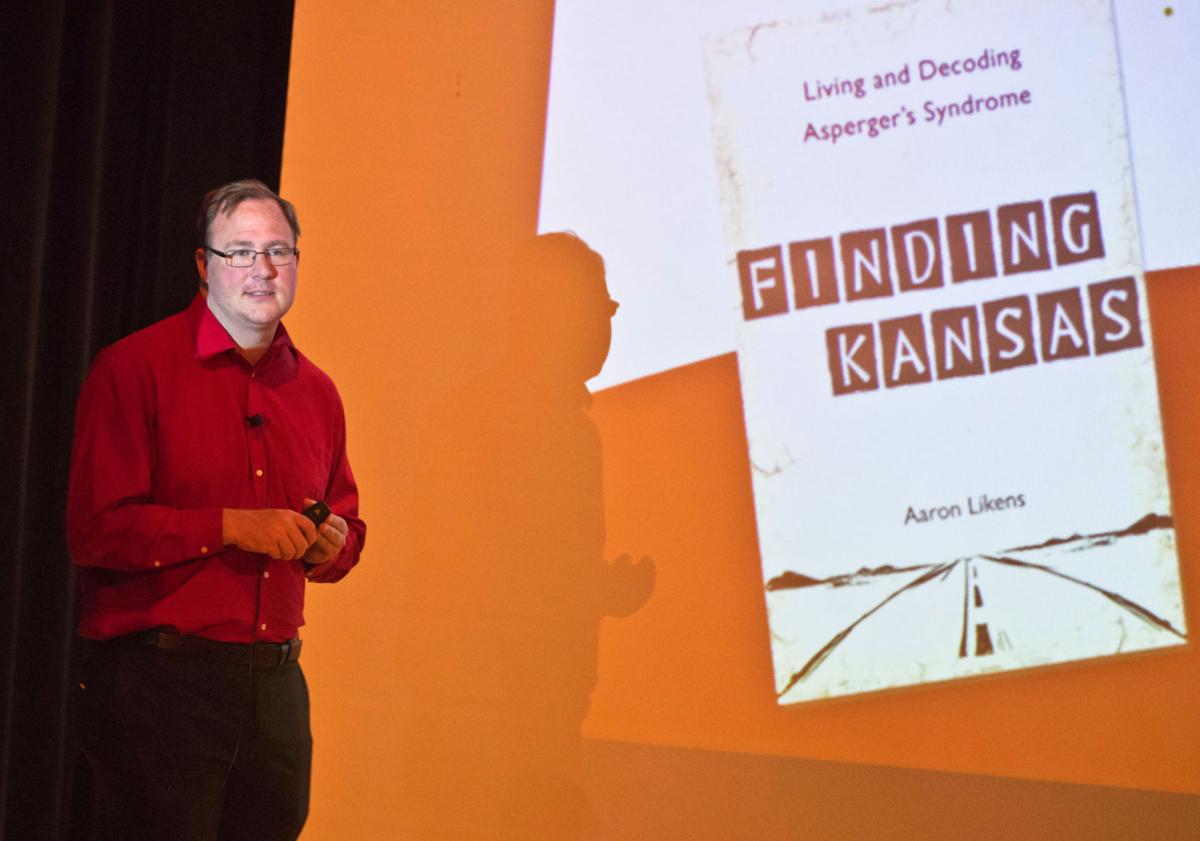 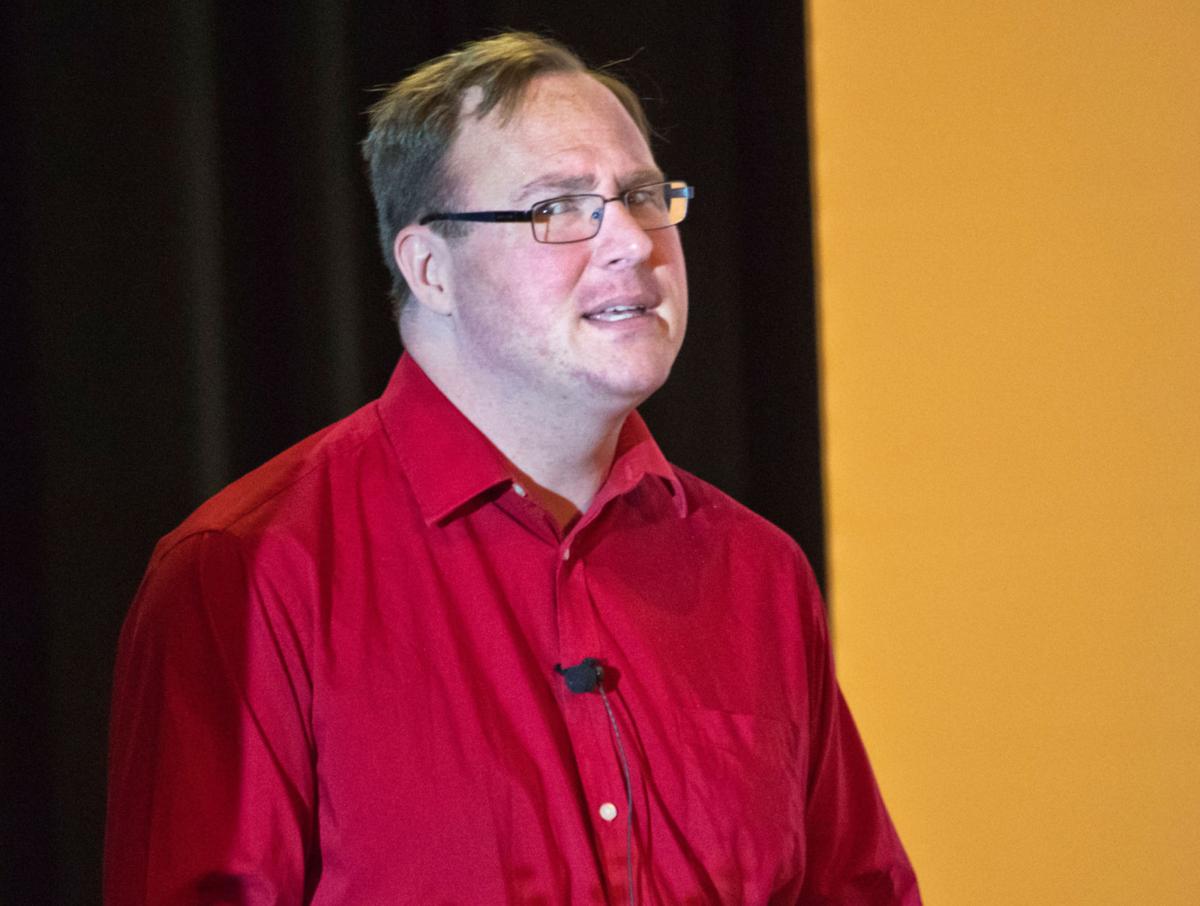 CANTON — When Aaron Likens was 20 years old, his dad accompanied him to a doctor’s appointment after reading a Parade article about Asperger syndrome.

“There’s no doubt about it, you have Asperger’s,” the doctor told Aaron. “Good luck.”

Given little information, Mr. Likens naturally turned to “the world’s most trusted place for information, also known as the internet,” he joked.

“A horrible introduction,” he said. “And unfortunately, I believed those words.”

During the 15 months that followed his diagnosis and subsequent discovery online, Mr. Likens spiraled downward.

But he didn’t disappear or vanish — his story was just beginning.

For the second year in a row, Mr. Likens visited SUNY Canton, this week offering three awareness-raising presentations on Asperger syndrome, which became part of the umbrella diagnosis of autism spectrum disorder in the fifth Diagnostic and Statistical Manual of Mental Disorders in 2013.

At noon and 6 p.m. Tuesday, he shared his experiences with general audiences in the Richard W. Miller Campus Center’s Kingston Theater, and at 3 p.m., he facilitated an autism training for local law enforcement.

He first started speaking in Missouri in 2010, at the St. Louis County Police Academy, and has since presented law enforcement trainings to other police academies and FBI offices. Those sessions, he said, are designed to increase awareness about individuals with autism spectrum disorder and provide context to better inform law enforcement personnel who may encounter people with spectrum disorders.

The noon session marked his 1,020th public presentation following the 2008 publishing of his memoir, “Finding Kansas: Living and Decoding Asperger’s Syndrome,” which is not a geography lesson and has nothing to do with “The Wizard of Oz.”

Mr. Likens asked his audience to imagine being paralyzed from the neck down, no matter where they are. But in one state in the United States — Kansas — the paralysis loses its power, allowing people to feel more confident and engage with others. For Mr. Likens, his paralysis, his North Dakota for instance, is sensory overloads of sound, particularly fire alarms and drum sets. And his Kansas is auto racing, a subject he could talk about for hours.

“Once Kansas mode is initiated, there’s going to be a deluge of information,” he said.

But one of the most powerful statements about autism, Mr. Likens said, is a reminder of how dangerous generalization can be.

His memoir covers that search for his own Kansas, growing up feeling socially isolated, losing hope and finding hope and freedom in his Kansas.

Born out of the 15-month low period he experienced as a 20-something and several years of hopelessness, the 240-page autobiography was written after he decided to record his thoughts and consider his identity with logic, and with something new — emotion.

“My whole reason for writing was very simple,” he said. “I just wanted to tell my parents who I was and why I was, because I couldn’t speak it.”

Four years after his book was published, Mr. Likens was named a Mental Health Champion by the Missouri Department of Mental Health, and he continues to travel as an Autism Ambassador for Easterseals, a national, nonprofit disability services organization.

Self-described as shy and reserved, Mr. Likens has grown into his ambassador role over the years, and wants to prevent the spread of misinformation about people with autism while “planting seeds” of hope for those struggling.

“I lived, for seven years, thinking there was no hope,” he said after his first presentation Tuesday. “If it weren’t for those seven years I was so low, I wouldn’t be able to give people the positive, to show how low you can go, and yet, how you can come out the other side.”