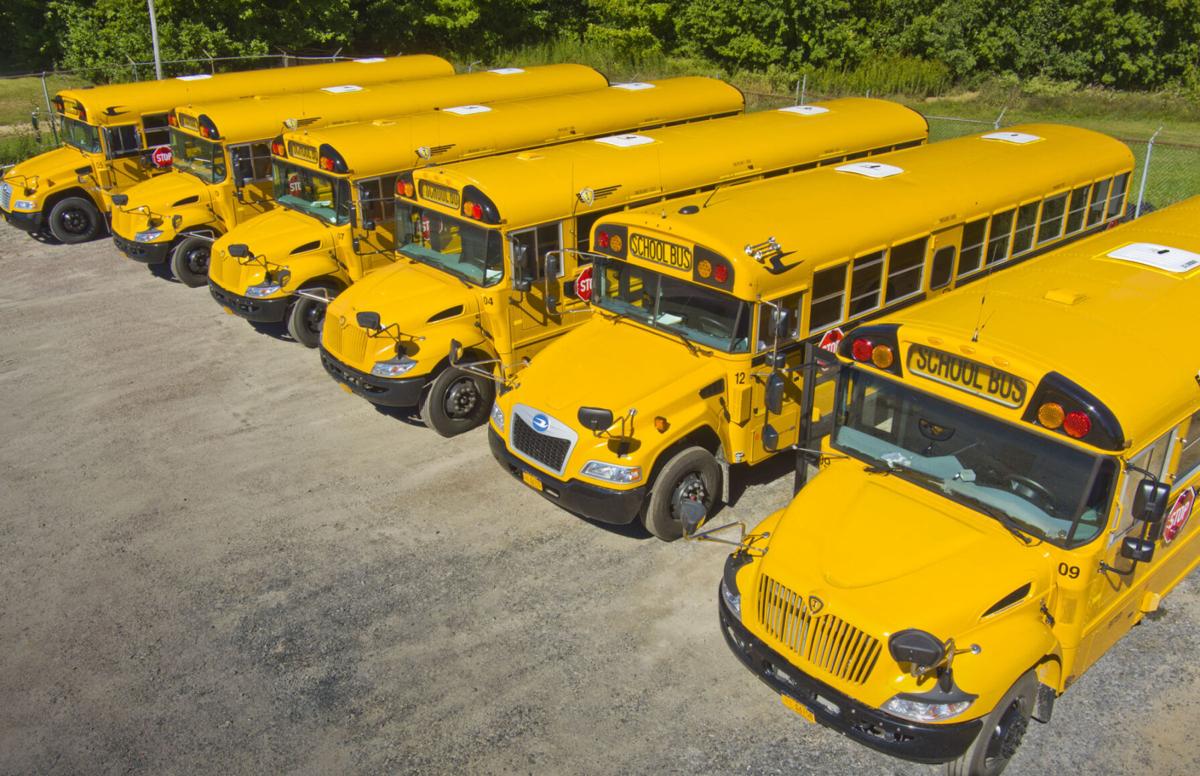 North country school districts are struggling to find bus drivers, both full-time and substitutes. Empty buses are parked outside of Parishville-Hopkinton Central School, which has shifted to remote instruction this week. Christopher Lenney/Watertown Daily Times 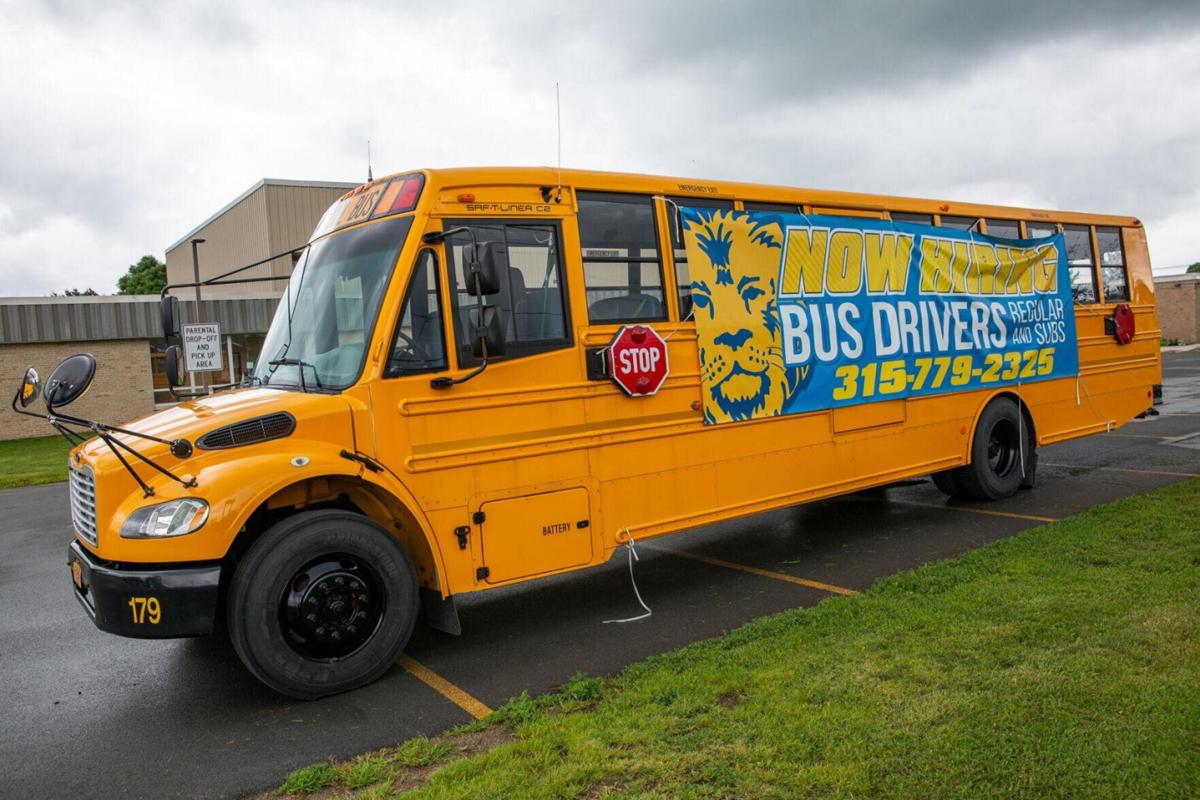 North country school districts are struggling to find bus drivers, both full-time and substitutes. Empty buses are parked outside of Parishville-Hopkinton Central School, which has shifted to remote instruction this week. Christopher Lenney/Watertown Daily Times

ALBANY — Gov. Kathleen C. Hochul announced on Sunday a multi-agency plan to address the school bus driver shortage affecting schools across the state, including the north country, where some school districts are still looking to hire more drivers.

The shortage that north country schools faced over the summer as the school year approached hasn’t changed much since then, according to Michelle Traynor, assistant superintendent for business at the Jefferson-Lewis Board of Cooperative Educational Services.

“We had a meeting today that included both districts from the Jefferson-Lewis BOCES and St. Lawrence-Lewis BOCES on a regional transportation study that we are participating in,” she said.

Because the governor issued a news release on Sunday, Ms. Traynor said they haven’t had time to analyze the plan.

“It’s a little bit too early for us to understand the impact of that,” she said.

Gov. Hochul’s plan includes short-term steps to remove barriers and recruit traditional and non-traditional Commercial Driver’s License holders, expand CDL testing opportunities and enhance processes, all designed to get more drivers into school buses. The state is also launching an outreach to more than 550,000 CDL license holders in the state.

The longer-term steps include changes to address the training and licensing of drivers, as well as broader recruitment into the bus driver profession.

The governor directed state agencies to use a multi-organizational recruitment effort to persuade CDL drivers to become school bus drivers. Interested drivers will be surveyed and their information will be shared with local school districts who are seeking drivers, allowing districts to have a list of potential candidates who are interested in driving their buses.

The state is also targeting currently unemployed drivers through the Department of Labor, and is working with law enforcement, firefighters, military and other organizations that have trained drivers to find more individuals who would be interested in becoming school bus drivers.

A 14-day waiting period between the permit test and the road tests for a CDL license is being removed to enhance and expedite the process, and the state is opening up new CDL driver testing sites at various locations for the road test.

Schools are also encouraged to look for creative ways to offer a wide array of benefits for school bus drivers that were not previously considered, including signing and retention bonuses and expansion of benefits to the drivers. Schools are allowed to use federal funds to provide those benefits.

“Our schools and public health officials have moved mountains to ensure our children receive an in-person education this year, and we are leaving no stone unturned to make sure schools have adequate bus service to bring students to school and back,” Gov. Hochul said in a statement. “While the shortage of school bus drivers is not unique to New York state, I have directed state agencies to utilize creative approaches and use every tool at their disposal to help districts affected by the bus driver shortage, so we can bring in as many qualified bus drivers as possible as quickly as possible.”

New York State United Teachers President Andy Pallotta issued a statement supporting the governor’s steps to address the driver shortage crisis in the short term and pledging to work with her to find long-term solutions.

“Like all school staff, bus drivers play an essential role in keeping our schools running and serving families across New York. Any steps the state can take to expedite the process for obtaining a commercial driver’s license are welcome — as are steps on the local level to provide hard-working, deserving drivers with the fair pay and benefits that reflect the critical importance of their work safely transporting students,” Mr. Pallotta said.

“Gov. Hochul is taking important steps to address the driver shortage crisis in the short term, and we will continue to advocate with her and the Legislature for long-term solutions that improve working conditions for drivers, including legislation to require districts to staff every bus with a monitor,” he said.

Increase benefits and pay.... no different than other businesses ......if you can't find workers..most of whom are being offered minimum wage jobs...trying increasing pay...signing bonus ...or better benefits...