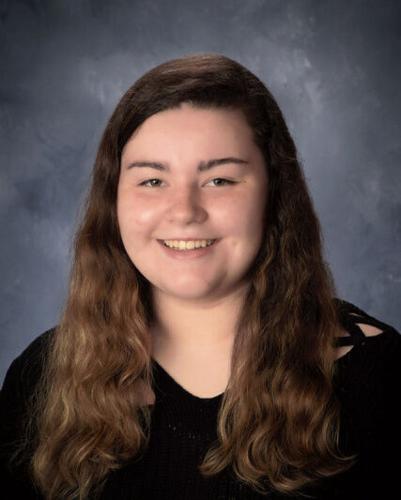 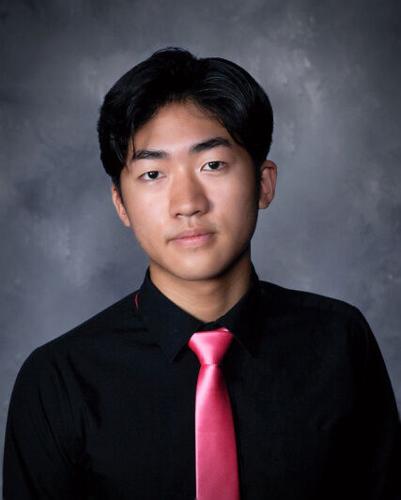 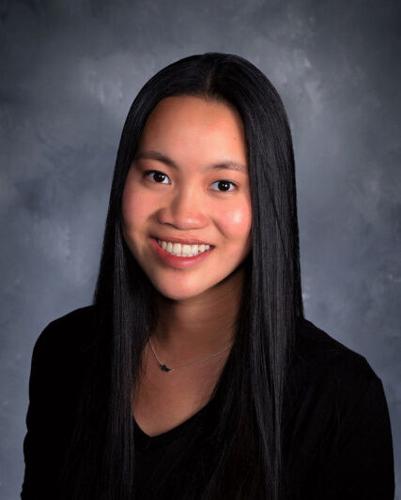 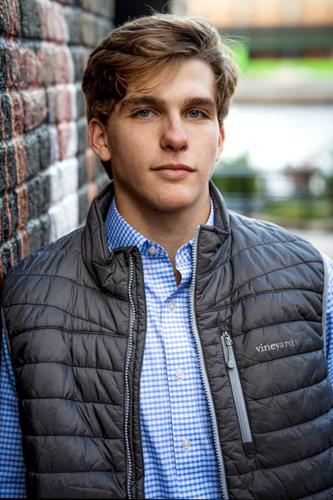 OSWEGO - The Oswego Rotary Club continues its long tradition of presenting scholarships to four 2022 graduates of the Oswego City School District. The action marked the 95th anniversary of the club’s founding and continued its collaboration with the Richard S. Shineman Foundation and Pathfinder Bank, whose financial contributions help support the awards. According to club president Sabine Ingerson, “The distinguished seniors we honor this year have not only excelled academically but have also served their community.”

The Richard S. Shineman Oswego Rotary Scholarship honors the memory of Richard Shineman, long-time member of Oswego Rotary Club and advocate for the philanthropic work of Rotary around the world. Regionally, his namesake foundation now serves to improve the quality of life in Oswego County and Central New York by providing financial assistance to not-for-profit organizations.

The Shineman Scholarship was given to Mary Kate Cloonan, daughter of Pamela Cloonan. She has been very active in school clubs and sports, including Key Club, National Honor Society, Math Club, and Oswego County Academic Youth League. She participated in varsity soccer, indoor track, swimming, and lacrosse and was a math tutor. She was involved in the Youth for Creating Change Coalition, Oswego Bookmobile, and was a summer employee for the city of Oswego. She studied Mandarin virtually for six weeks during the summer of 2021 on a National Security Language Initiative for Youth scholarship. She earned a number of academic awards.

Cloonan will enroll at Princeton University to study medical anthropology.

The Charles E. Riley Oswego Rotary Scholarship remembers the founding president (1927–1930) of the Oswego Rotary Club and former superintendent of the Oswego City School District and was presented to Joshua Chun. He is the son of Yohong Chun and Jungha Lee.

Chun was a member and officer of the National Honor Society and the student council. He played varsity soccer and tennis and performed with the jazz band and wind ensemble. In the community he volunteered at Oswego Hospital, played bassoon in the Oswego City Band, played guitar for his church praise band, and was active in his church youth group. He performed with the All-State Symphonic Orchestra and received numerous academic awards.

Chun will attend Princeton University to major in biology.

Tyrrell performed with the concert, chorale, and chamber choirs and the concert and symphonic bands. She played several sports, including soccer, basketball, bowling at both junior varsity and varsity levels and was the unified sports program chair for three years. She was active in church youth groups and was employed at Burger King, Riverwalk Pizza & Bagel Shop, and Oswego Speedway. She received several prestigious scholarships from Le Moyne College.

The Anthony J. Murabito Oswego Rotary Scholarship is given in memory of the former principal of Oswego High School, an active member of the Oswego Rotary Club for more than 51 years, club president (1967–1968), and a leader and advocate for the Rotary scholarship program. The award is given to John O’Leary, son of Sean and Katherine O’Leary.

O’Leary was a member of the varsity golf team for four years, the varsity hockey team for two years, and the lacrosse team for four years at both levels. He was also active with Oswego minor hockey, Oswego Lacrosse Club, and Upstate Salt Kings club lacrosse. He was a member of the National Honor Society, student council, and the Interact Club. His record shows a number of community activities, including city of Oswego laborer, city of Oswego Clerk’s Office intern, Rudy’s Lakeside Drive-in, Oswego minor hockey referee, and self-employed lawn care and snow removal.

The Oswego Rotary Club, founded in 1927, raises money for scholarships through members’ dues and contributions, occasional memorial gifts, and fundraising projects. The club, with financial support from Pathfinder Bank, hosts the annual top 100 dinner — excepting 2020, 2021, and 2022 because of the coronavirus pandemic — to honor the accomplishments of the 25 top academic students in each of the four classes at Oswego High School. The club has established an endowment fund to help underwrite the scholarship program in the future. Gifts and bequests to the Oswego Rotary Foundation, Inc. will be held in perpetuity, with only the earnings used for awards.