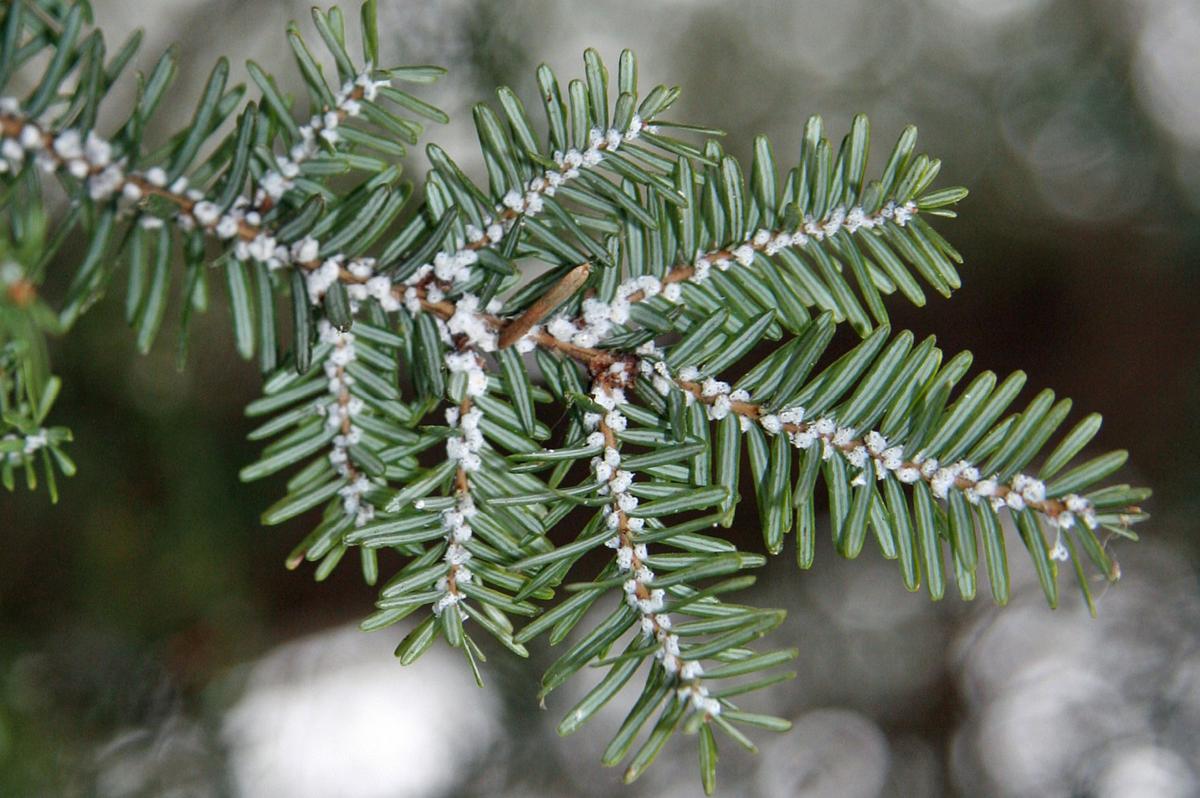 The hemlock woolly adelgid exhibits white woolly masses from mid-fall through spring, pictured here, and in the summer, HWA will appear as black sesame seeds with a thin ring of white surrounding them. New York State Hemlock Initiative 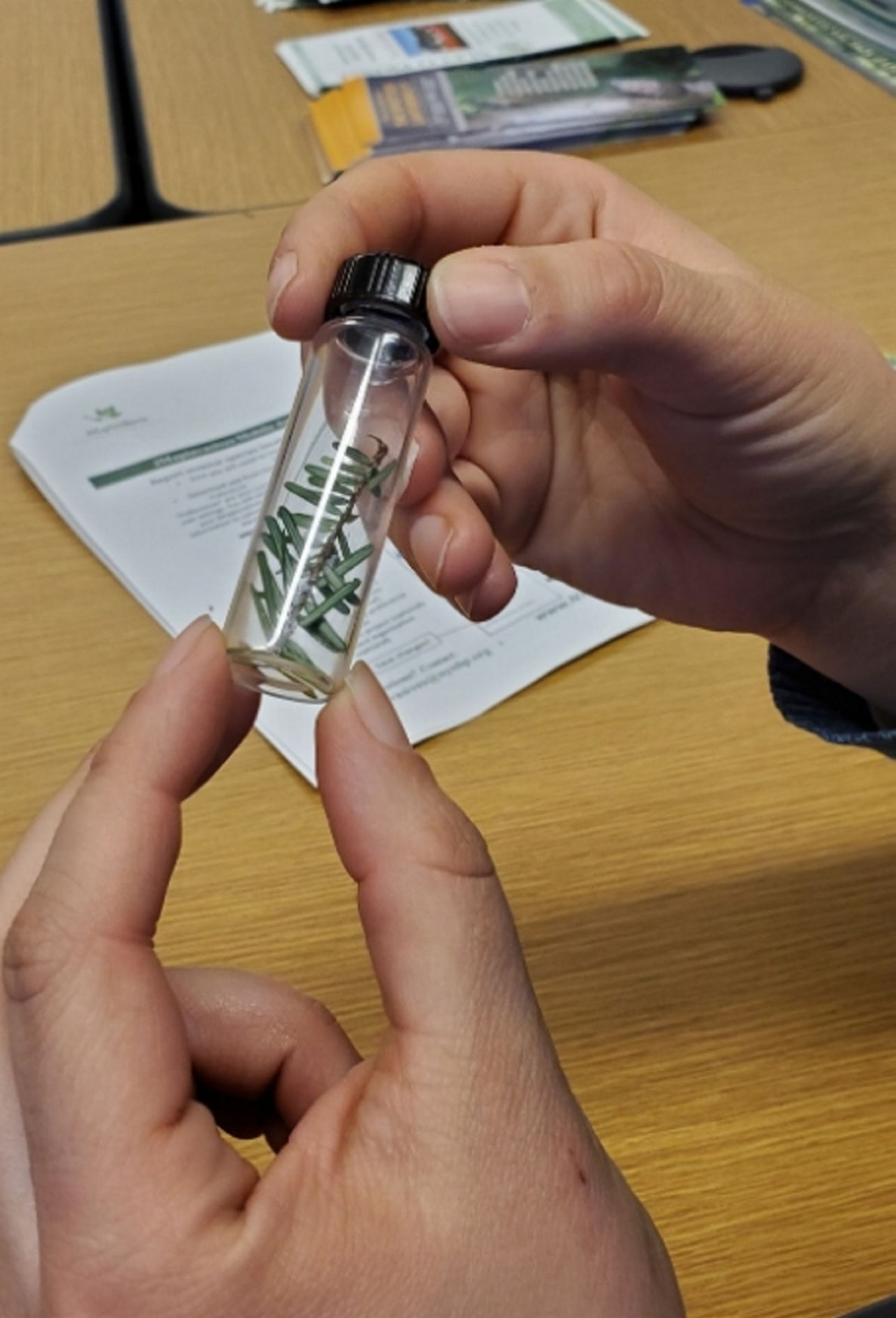 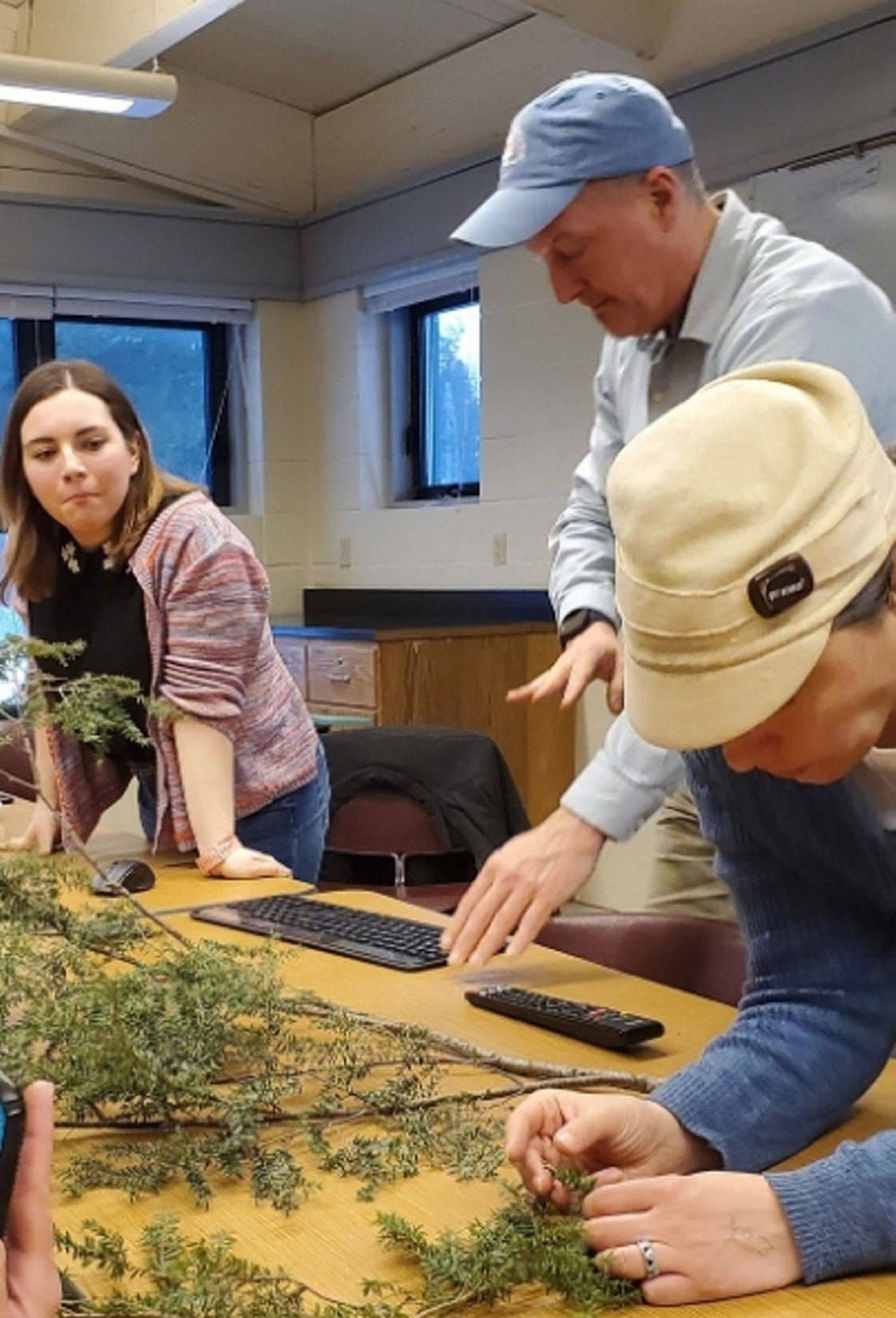 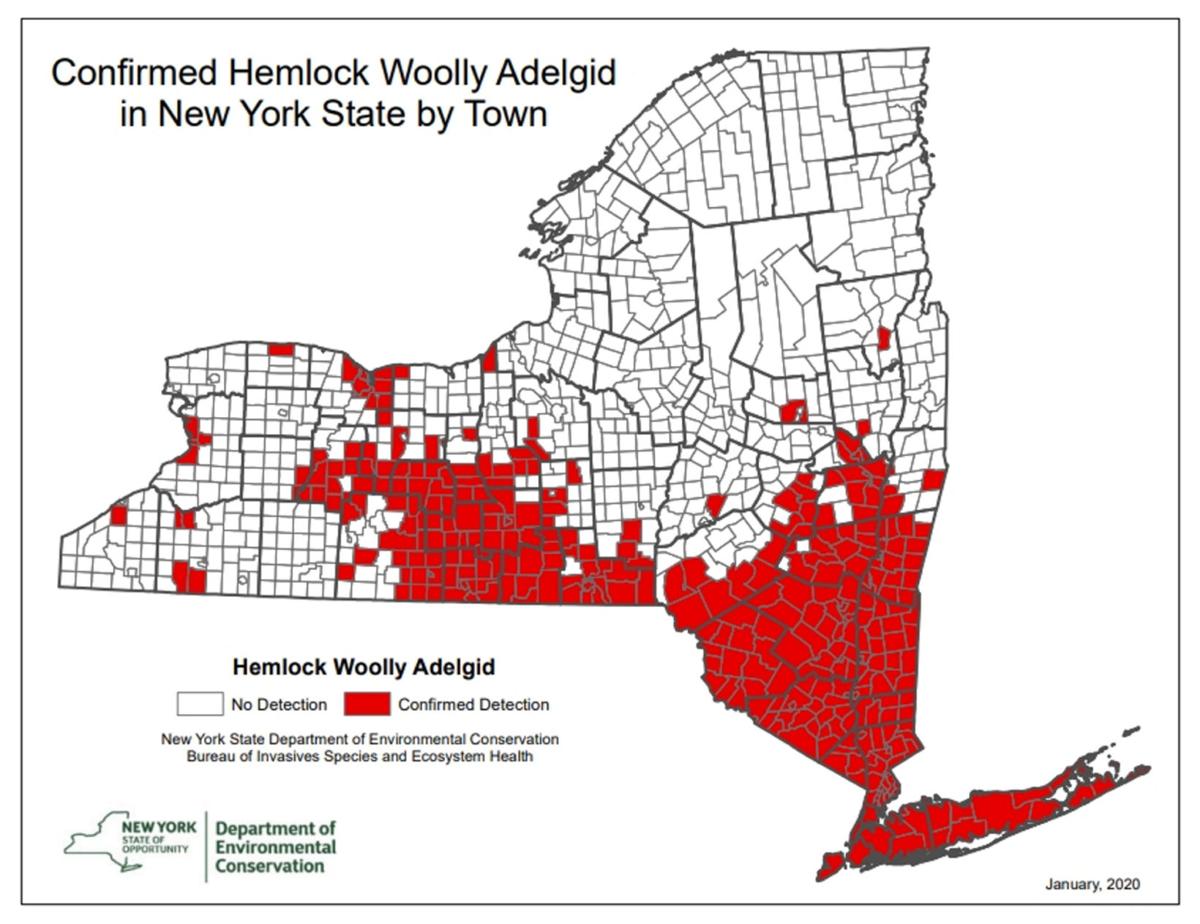 The hemlock woolly adelgid exhibits white woolly masses from mid-fall through spring, pictured here, and in the summer, HWA will appear as black sesame seeds with a thin ring of white surrounding them. New York State Hemlock Initiative

CANTON — Since 1951, the hemlock woolly adelgid, an invasive insect that targets North American hemlock trees, has spread northward from Virginia after scientists suspected an accidental introduction of the insect from Japan.

Native to East Asia, the hemlock woolly adelgid, or HWA, is only a minor pest to native Asian hemlocks, as natural predators have helped control HWA, and host tree species have developed a resilience to the sesame-seed-sized insect.

But in North America, HWA presents a different story.

“If hemlocks are gone, then the ecosystem completely changes,” said Megan Pistolese, education and outreach coordinator for SLELO PRISM.

Describing the Eastern hemlock as a foundation species that plays an integral role in the organization of ecological communities, Ms. Pistolese said the death of the hemlock species would cause “a domino effect,” particularly where the trees are abundant, in the Adirondacks and in the Tug Hill Plateau.

With the Eastern hemlock at the base of the food web within its ecosystem, that domino effect would likely impact natural water filtration processes and alter stream conditions for native brook trout and other aquatic wildlife, she said.

Monday’s workshop guides demonstrated how to use iMapInvasives, a mobile app for photographing and reporting invasive species locations. The free app uses a mobile device’s camera and GPS capabilities, so it can collect information on a sighting even without a cellular connection.

The app requires users to set up an account and be used in a participating state, including New York, Pennsylvania, Maine, New Hampshire, Vermont, Virginia and West Virginia, as well as a few southern and western states.

To spot HWA, the Hemlock Initiative advises people to look at the base of hemlock needles, where the needles meet the twig. At the needle base, HWA will exhibit characteristic, white woolly masses from mid-fall through spring, and in summer, HWA will appear as black sesame seeds with a thin ring of white surrounding them.

HWA damages hemlocks by feeding on the tree’s tissue and nutrients through a thin, tubed mouthpiece. The wounds inflicted by the mouthpiece lead the tree to heal over the twigs, causing the twig tissue to become clogged from the healing attempt. The clogs then prevent effective water and nutrient flow to the ends of the twigs, and new growth — through new needle growth — cannot continue, and the tree starves.

“While people are out exploring, we want them to observe and report,” Ms. Pistolese said.

SLELO PRISM hosted a similar HWA workshop in partnership with the St. Lawrence County Soil and Water Conservation District at the Wachtmeister Field Station in July, and another event was hosted in Clayton last month.

Eight regional PRISMS operate throughout the state, developing invasive species surveillance programs and management strategies based on priorities specific to each region. The SLELO PRISM is responsible for leading invasive species work with other environmental and conservation organizations in Oneida, Oswego, Jefferson, Lewis and St. Lawrence counties.

Though currently not found in Oneida, Oswego, Jefferson, Lewis or St. Lawrence counties, HWA has been confirmed in the state and surrounding regions.

In North America, where the HWA was first discovered in the 1920s in the western United States, and in the 1950s in the eastern states, the insect can have devastating effects on hemlock forests, according to the state DEC.

Eastern hemlocks and Carolina hemlocks are most susceptible to widespread damage from HWA, and the two North American species are the only known hemlock species in the world to be “at risk for fatal HWA infestations,” the state Hemlock Initiative reports.

First recorded in New York in the 1980s, scientists believe HWA likely arrived on nursery stock trees that were sold near New York City. By 2008, HWA had been discovered in the Finger Lakes region, as well as metropolitan areas, including Syracuse, Rochester and Buffalo.

And in 2017, according to the state DEC and state Hemlock Initiative, HWA was confirmed in the Adirondacks, near Lake George in southern Warren County.

The next SLELO PRISM workshop covering HWA will be held from 10:30 a.m. to noon March 7 at the Trenton Greenbelt Trail System in Holland Patent, Oneida County.