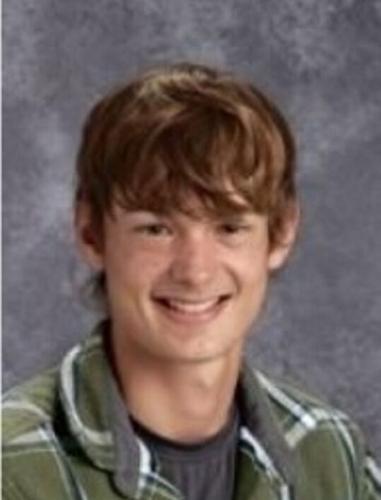 Lorelei Barnum is the daughter of Amanda Foote and Mason Barnum. She participated in track and field, Science Olympiad, National Honor Society and 100 and 200 level courses through St. Lawrence University, Canton. Miss Barnum will major in sociology at Smith College, Northampton, Mass.

Katelynn Bennett is the daughter of Marcy and Brian Bennett. Among academic awards received are an Evergreen STEM scholarship, academic achievement award and award for outstanding performance in a computer integrated manufacturing class. She serves as secretary of National Honor Society; is a member of Reality Check, Science Olympiad, Model UN and ski club. She has served as student council secretary, captain of Science Olympiad and class president her freshman and junior years. Miss Bennett will major in mechanical engineering at Valparaiso (Ind.) University.

Catherine DeCoteau is the daughter of Bill DeCoteau and Tara Tent. She is a member of National Honor Society and environmental club; played softball and hockey; served as an academic tutor; and works at both a bed and breakfast and softball catcher for KB Softball. Miss DeCoteau will attend Boston College, Newton, Mass.

Emma Gainey is the daughter of Matthew and Debra Gainey. She has participated in environmental club and reality check; served as class vice president; serves as president of student council and National Honor Society, and vice president of the Thespian Troupe, performing in all six high school theatrical productions; sings in select choir and vocal jazz; and completed Advanced Placement and honors courses. Miss Gainey will major in adolescent English education at Stony Brook University.

Mindylee Murdie is the daughter of Scott and Virginia Murdie. She participated in FFA and Liberty Partnership Program. Miss Murdie will major in integrated studies, combining park and conservation management and sustainability degrees, at Paul Smith’s College.

Chloe O’Shea is the daughter of Robert and Aneta O’Shea. She participated in yearbook, robotics, GSA and Thespians; and was named a Channel 7 News Arts All Star. Miss O’Shea will major in professional writing at Champlain College, Burlington, Vt.

Jade Stevenson is the daughter of Roger and Tara Stevenson. She participated in volleyball and spring track, serving as team captain in volleyball. She was a member of National Honor Society, Reality Check, Model UN, student council, class treasurer and member of Thespian Society, performing in school plays and working crew for musicals. She interned at Mark Walczyk’s district office, Canton. Miss Stevenson will major in business at SUNY Stony Brook.

Jennah Thompson is the daughter of Bruce and Lori Thompson. She participated in National Honor Society, serving as treasurer; assisted students as a tutor; and completed a class to become a Certified Nurse’s Aide at United Helpers. Miss Thompson will major in biology at SUNY Potsdam.

Gavin Thompson, son of Brian and Lisa Thompson, is the Outstanding Vocational Student. He is completing the natural resource management course at Seaway Area Technical Center, Norwood. In addition to school, he works part-time, plays basketball and earned perfect attendance at Seaway Tech Center. He was named the February Program Student of the Month, was inducted into the National Technical Honor Society and recently received the Jordan Sochia Scholarship Award from Seaway Tech. Following graduation, he will earn certifications at the Heavy Equipment Academy, Brentwood, N.H.