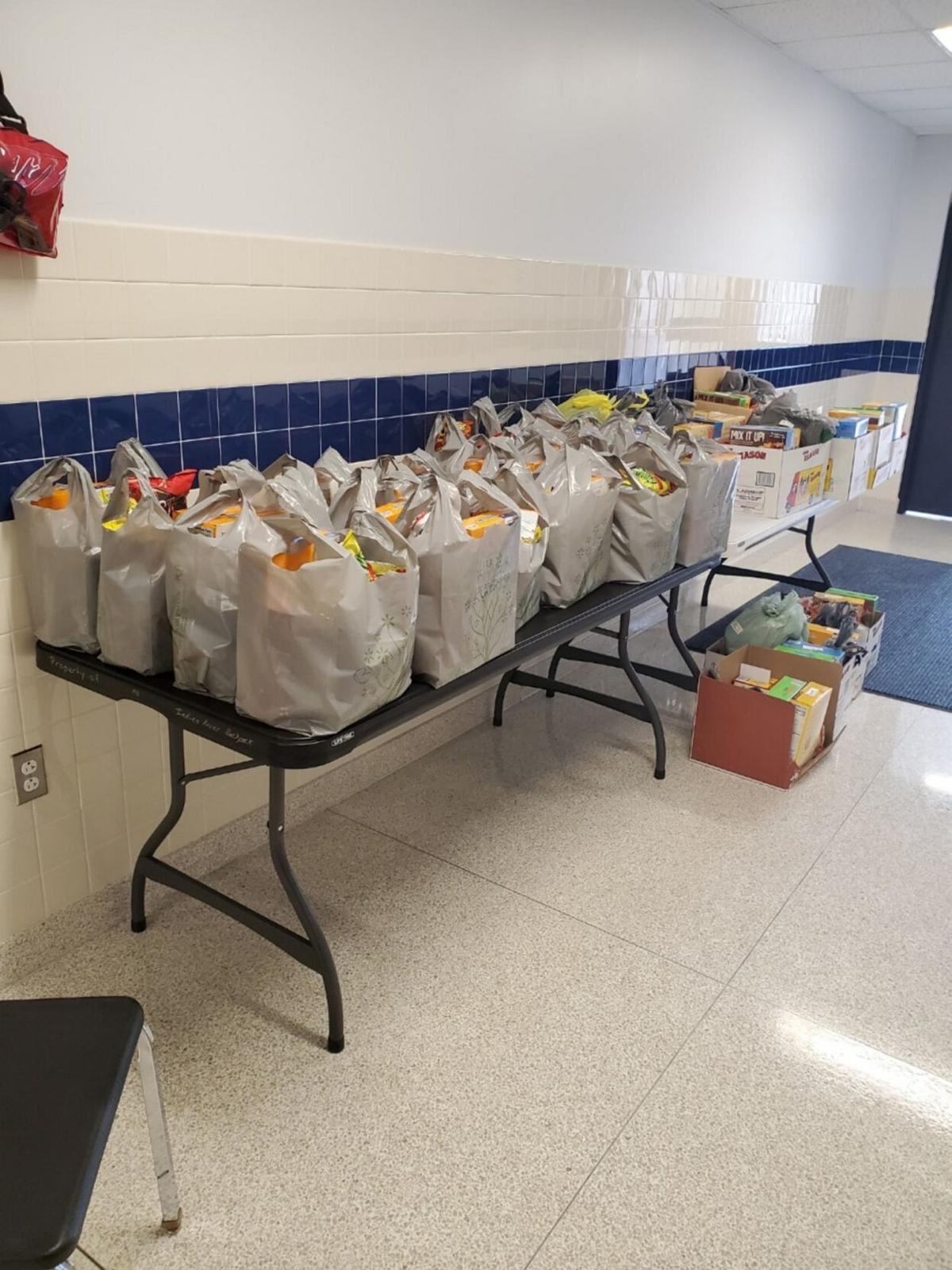 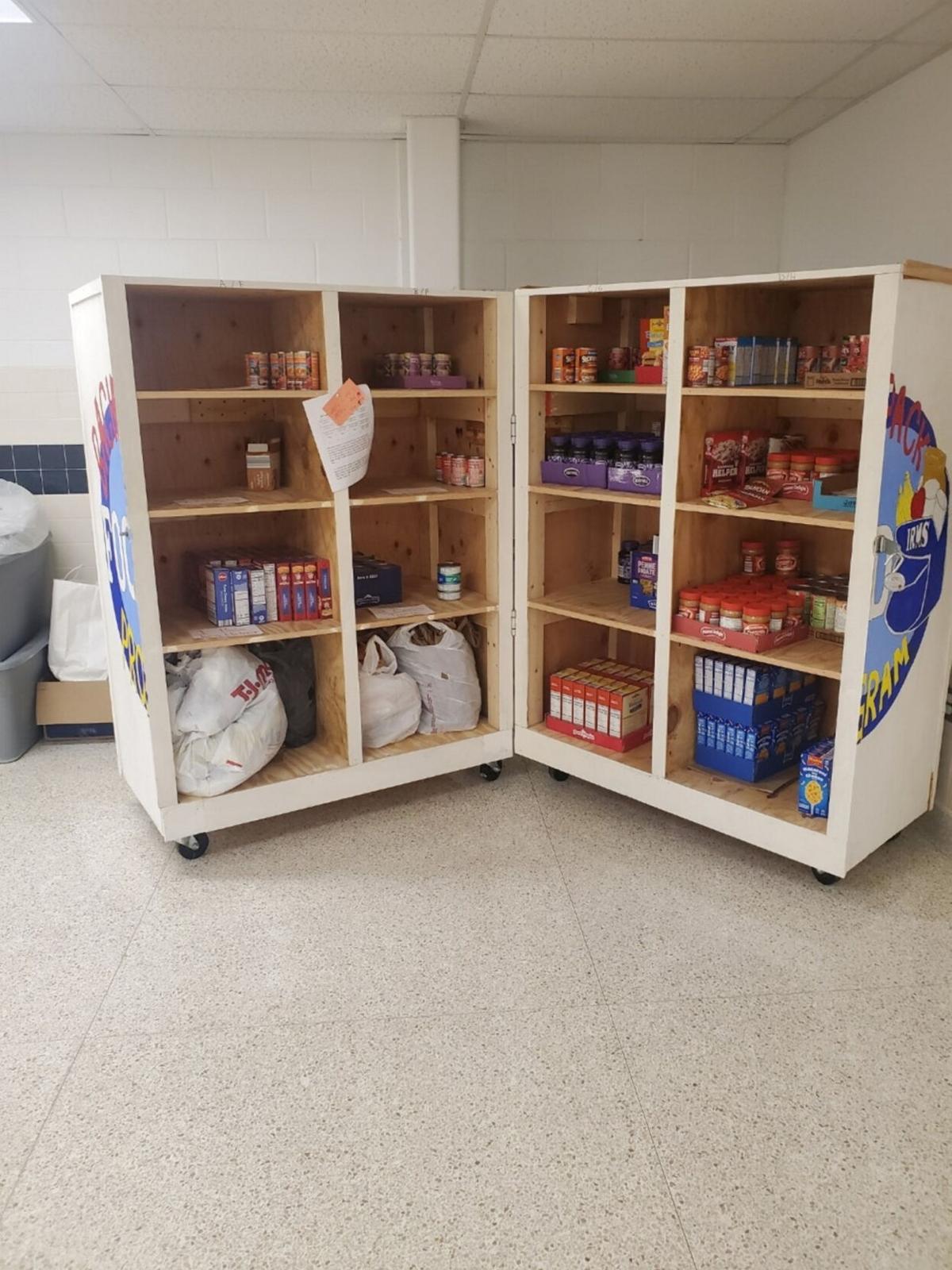 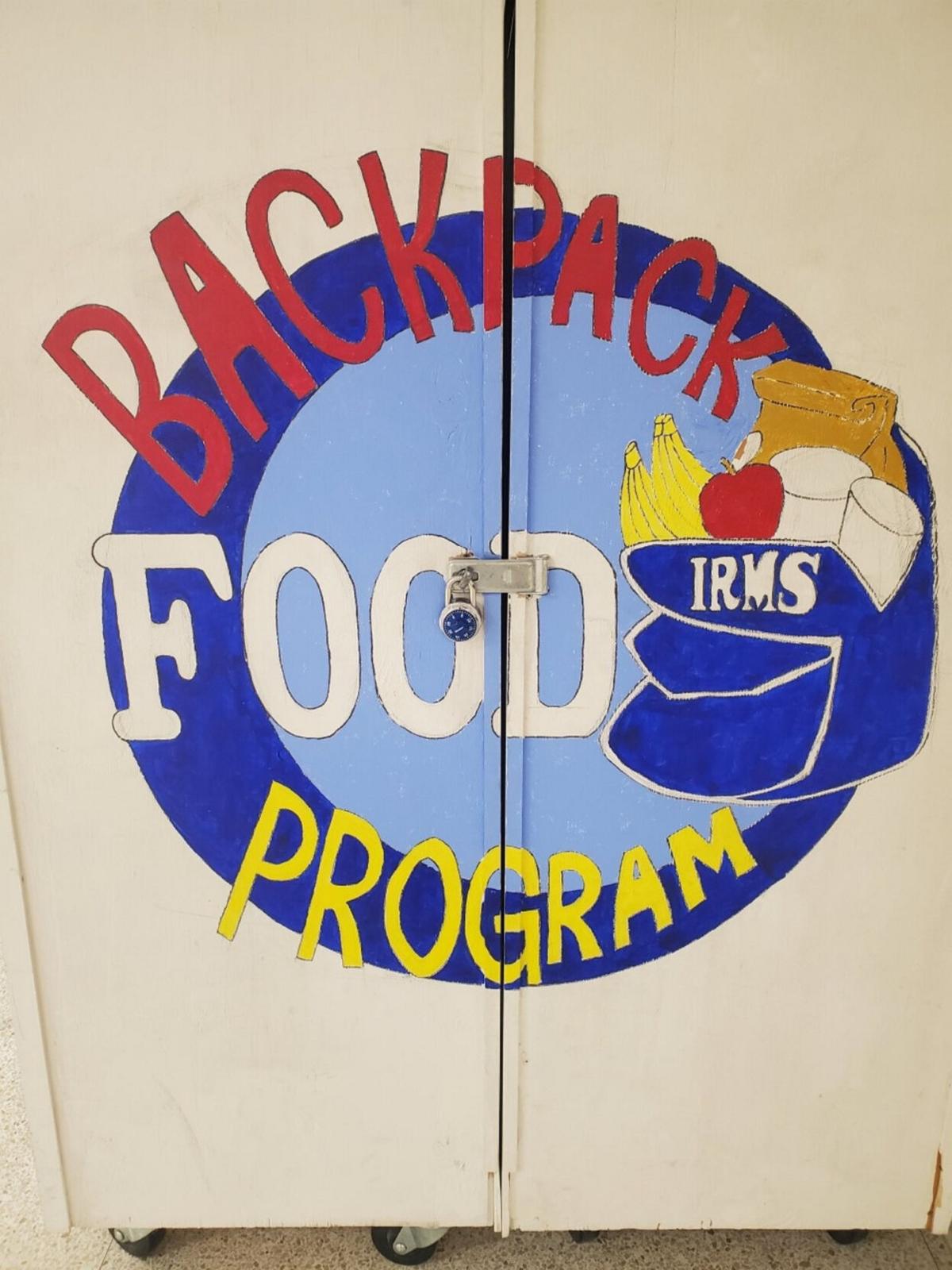 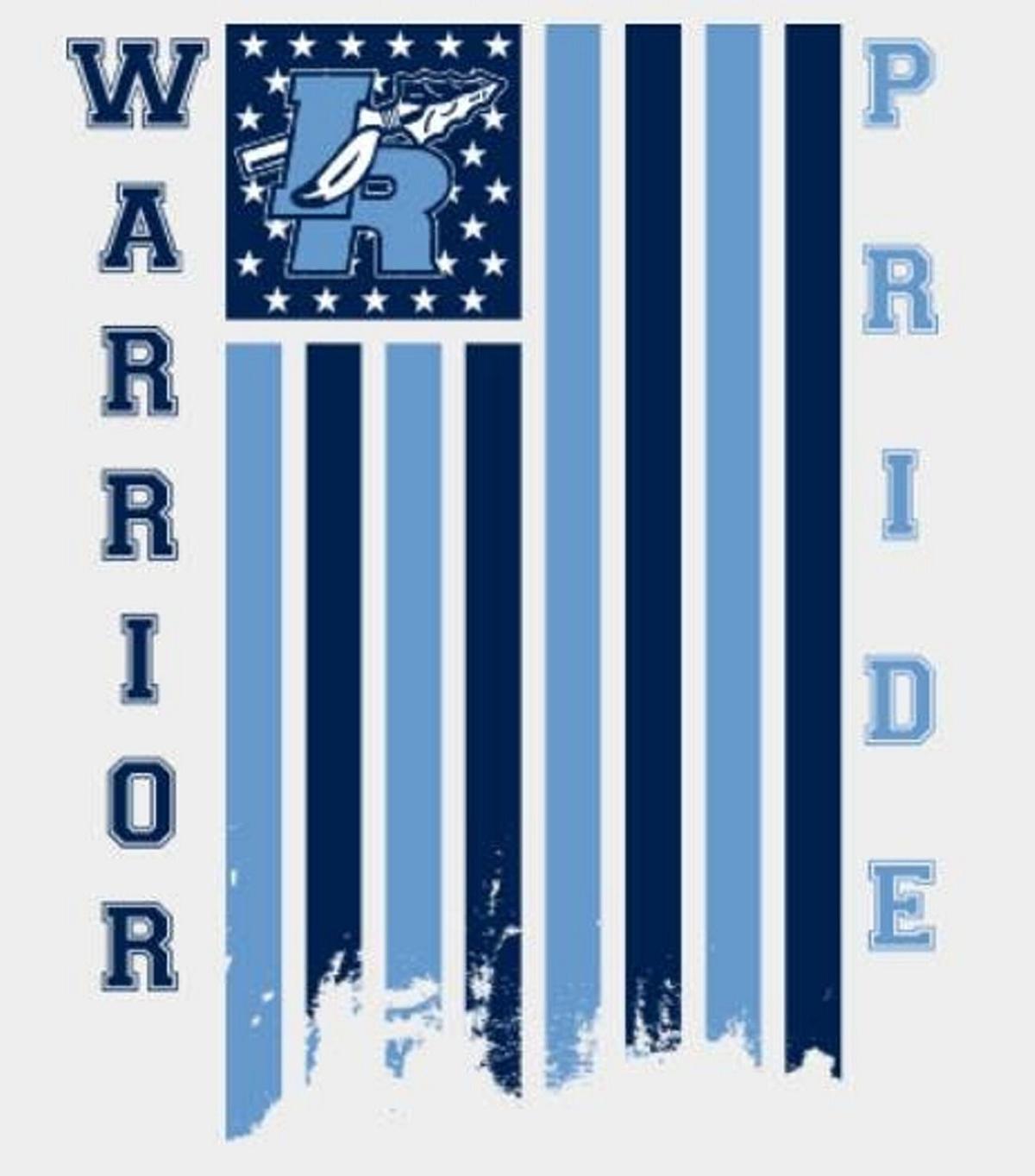 The logo featured on the new spiritwear for the Indian River Central School District, on sale through Nov. 12. Provided photo 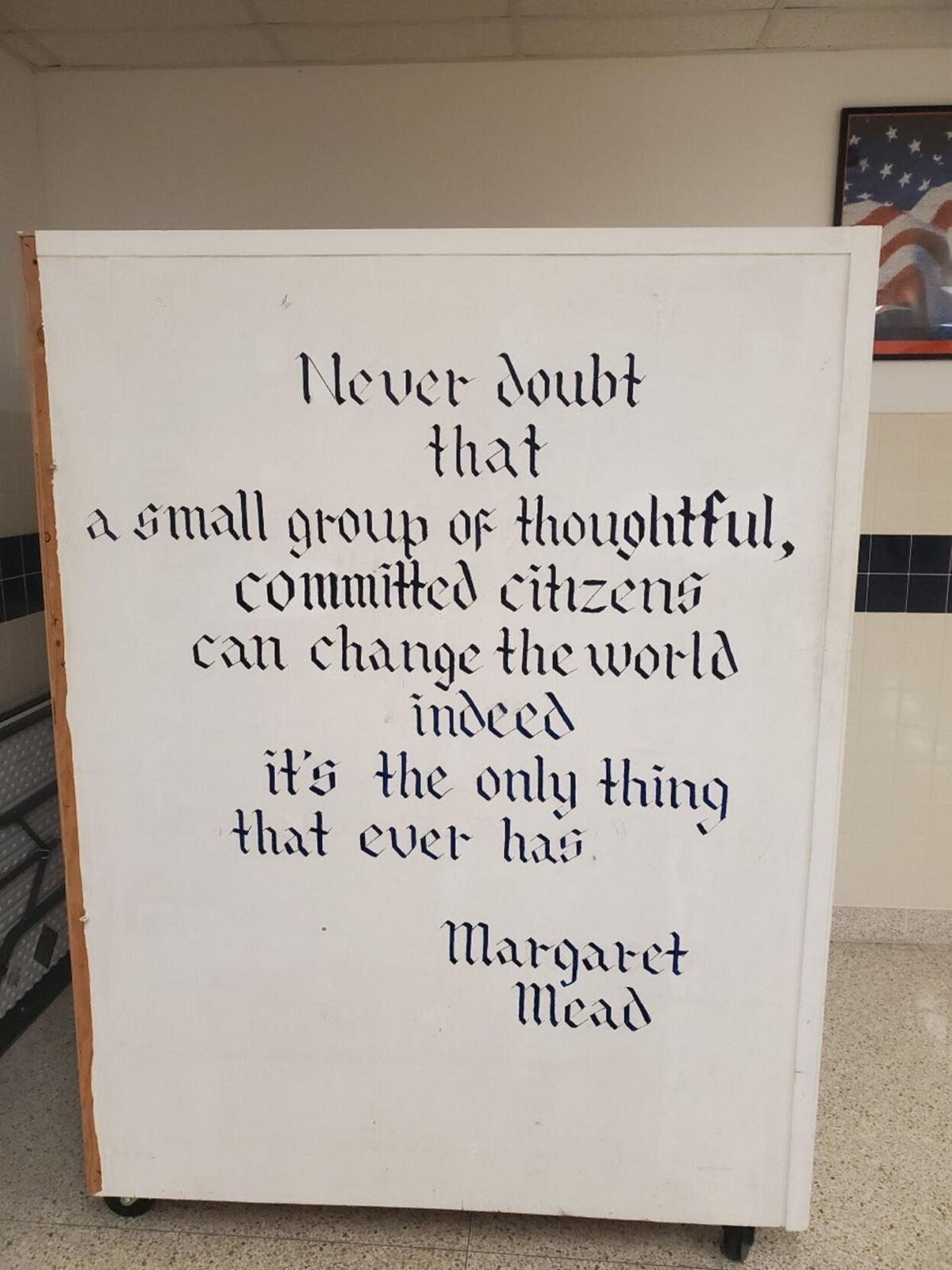 A quote painted on the side of the Indian River Backpack Program’s rolling food storage cart, which adorns everything the program sends out from thank you notes to flyers. Provided photo

The logo featured on the new spiritwear for the Indian River Central School District, on sale through Nov. 12. Provided photo

A quote painted on the side of the Indian River Backpack Program’s rolling food storage cart, which adorns everything the program sends out from thank you notes to flyers. Provided photo

PHILADELPHIA — “Never doubt that a small group of thoughtful, committed citizens can change the world: indeed, it’s the only thing that ever has.”

This quote from anthropologist Margaret Mead, painted on the cupboard that holds food items for the Indian River Central School District’s backpack program, adorns everything the program does, from thank you notes to flyers for the program.

Julie L. Brouty, a reading teacher who began subbing with the district in 1992 and was hired full time in 1997, has been with the program from the beginning, part of the original backpack committee that set up the program in 2013.

The backpack program serves all eight buildings in the Indian River district and is currently sending out more than 100 packs of food per week. When the COVID-19 pandemic hit, many fundraisers that had been planned to benefit the program were canceled.

Alyssa D. Sidmore, physical education teacher in the district’s intermediate school and a coach for girls’ varsity tennis and volleyball, knew the program was struggling last school year when the district was closed due to the pandemic. She had been contacted by the person she goes through for apparel for her teams with a fundraiser idea and immediately thought it could benefit the backpack program.

The fundraiser, the online sale of school spiritwear, went well last year, so Mrs. Sidmore decided to try for that success again for the program. On offer until Nov. 12 are quarter zips, hoodies, visors, T-shirts, tumblers and more, all with an Indian River logo created by Mrs. Sidmore.

“It kind of brings us together when we can’t actually be together,” she said of the fundraiser.

Once ordered, the spiritwear will take about two to three weeks to begin shipping directly to the homes of customers. Spiritwear can be ordered through the following link: https://www.bsnteamsports.com/shop/zoTZoMnoMA.

Since the backpack program is a registered as a 501c3 not-for-profit, it doesn’t receive money from the school district, instead relying on the school and local communities. In addition to the fundraiser, the program can benefit in other ways, either through Venmo or smile.Amazon.com. According to Mrs. Brouty, if people order through the website, 0.5 percent of their eligible total cart goes to the backpack program.

In years past, students would come down to help pack the various food items to go into the packs taken home by their classmates, but this year it’s strictly adults packing to send bags home on Monday and Thursday nights. The bags are dropped off to the students’ last period classes.

From the beginning, Northern Federal Credit Union has been a supporter of the Indian River Backpack Program. To start, the credit union gave the program $7,500 in 2013 and has been a continuous supporter ever since, according to Mrs. Brouty. Toward the beginning of the COVID-19 pandemic, the Northern New York Community Foundation gave the program a grant to be able to keep going.

The program also receives support from former staff and faculty members from the district, who continue to send in checks when they can, recognizing the importance of the program.

“When people are hungry, they don’t do well in school, and one in six kids are hungry,” Mrs. Brouty said. “Coming from a family where we always had food, and to think that some of our kids go home and they don’t have food, it’s just heartbreaking.”