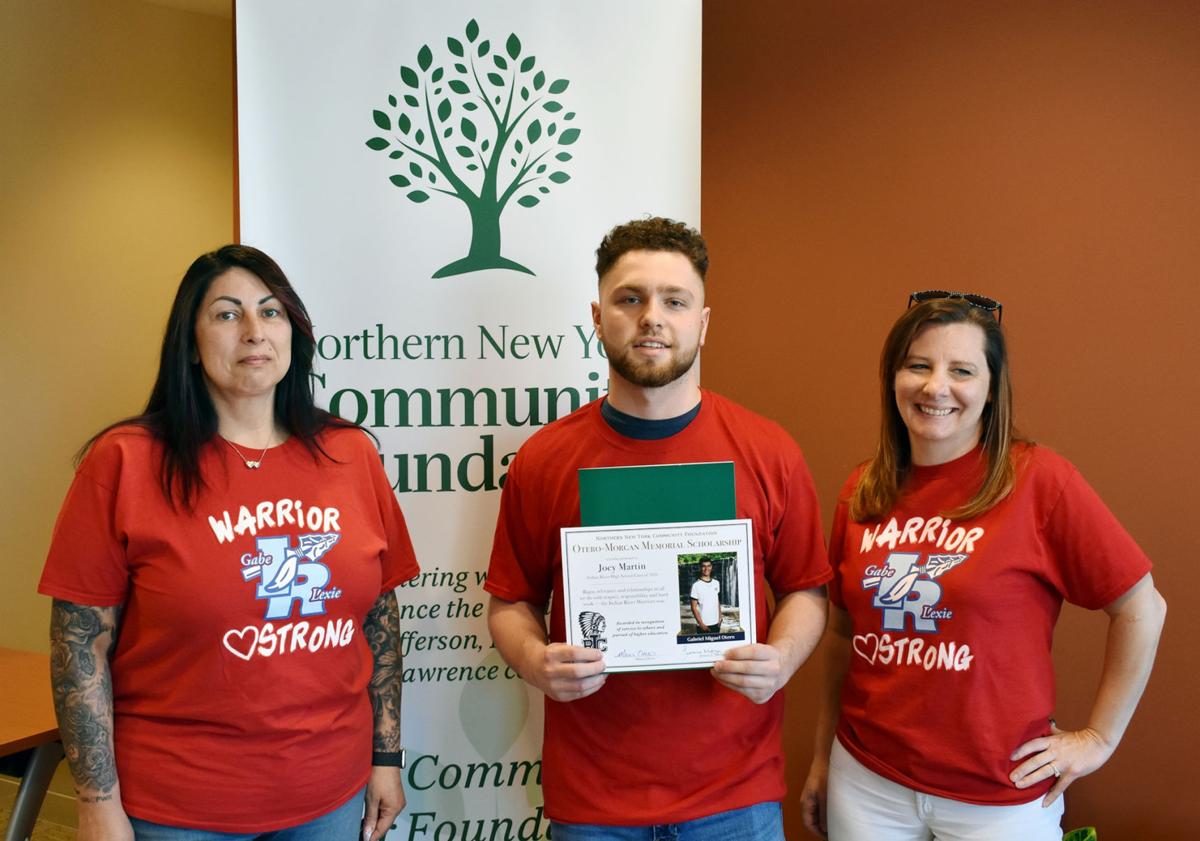 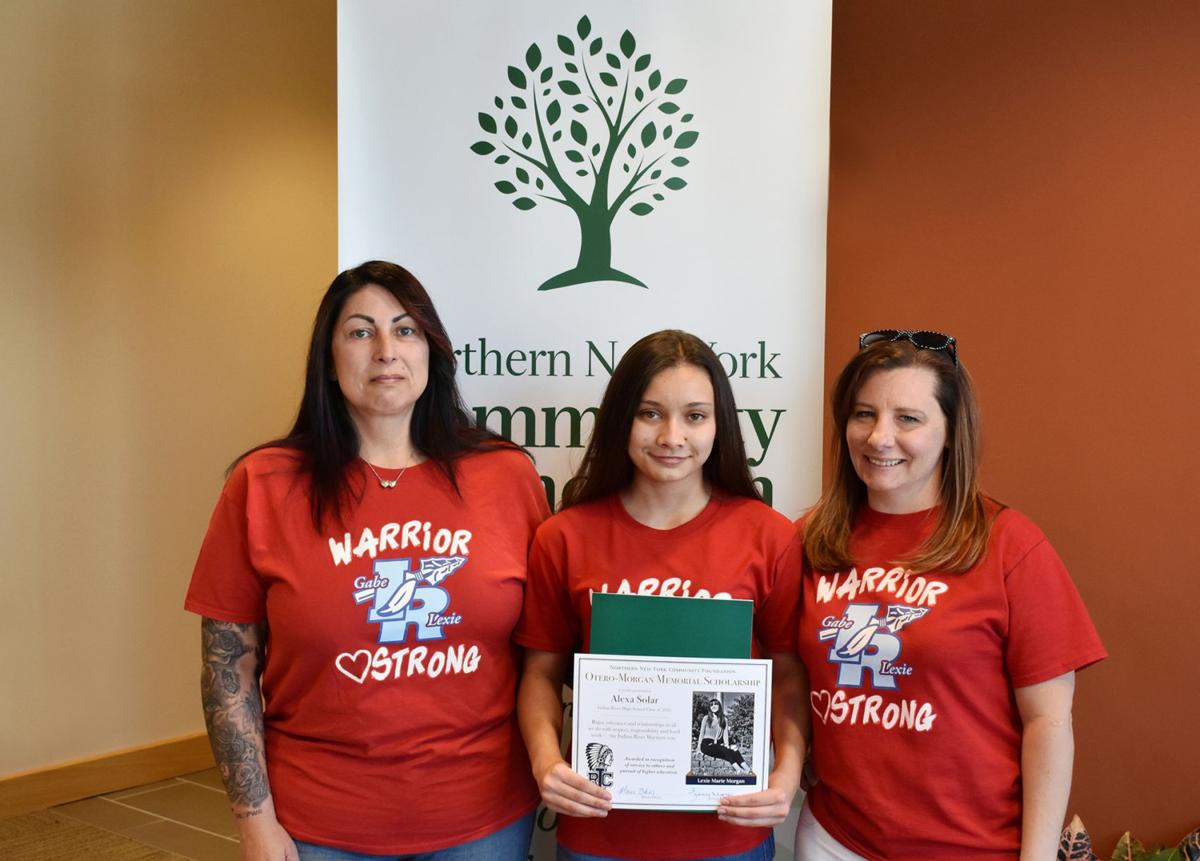 Gabriel was a junior and Lexie a senior, and both were active in several school activities. The scholarship honors their legacies of service to others and commitments to seeking higher education.

Otero-Morgan Scholars are Indian River seniors who have been involved in band and cheerleading and plan to continue their education.

Joey received the Gabriel Otero Award, which includes a $500 scholarship, and was a member of several music ensembles, including band and chorus. Outside the classroom, he was captain of the varsity football team and a member of the varsity lacrosse team. Joey will attend the Crane School of Music at SUNY Potsdam, where he plans to complete bachelor’s and master’s degrees in vocal music and music education and become a high school choral teacher.

Gabriel, remembered as a gifted musician, was active in the school’s marching band and was planning to follow in his mother’s footsteps to become an IT specialist.

Alexa recieved the Lexie Morgan Award, which also includes a $500 scholarship, and was a three-year member of the varsity cheerleading team, serving as captain in her senior year. She has participated in cheer for more than 10 years, and also participated in community service and civic activities. Alexa will attend SUNY Jefferson to study nursing and plans to continue her education at SUNY Potsdam to become a registered nurse anesthetist.

Lexie was a varsity cheerleader, student leader with Indian River Pop Warner Cheer, and was also enrolled in the medical assistant program at Jeff-Lewis BOCES in Watertown. She aspired to become an OB/GYN.

“We join the Otero and Morgan families in our commitment to remember these two young lives in such a powerful and meaningful way,” said Rande Richardson, Community Foundation executive director, in a statement. “Especially this first year, but in a lasting way, this scholarship reminds others of how love endures and can have a ripple effect that is beyond understanding.”

Those wishing to donate to the Northern New York Community Foundation to perpetuate the legacies of Gabriel Otero and Lexie Morgan may do so by addressing mail to 131 Washington St., Watertown, NY 13601, or online at www.nnycf.org.