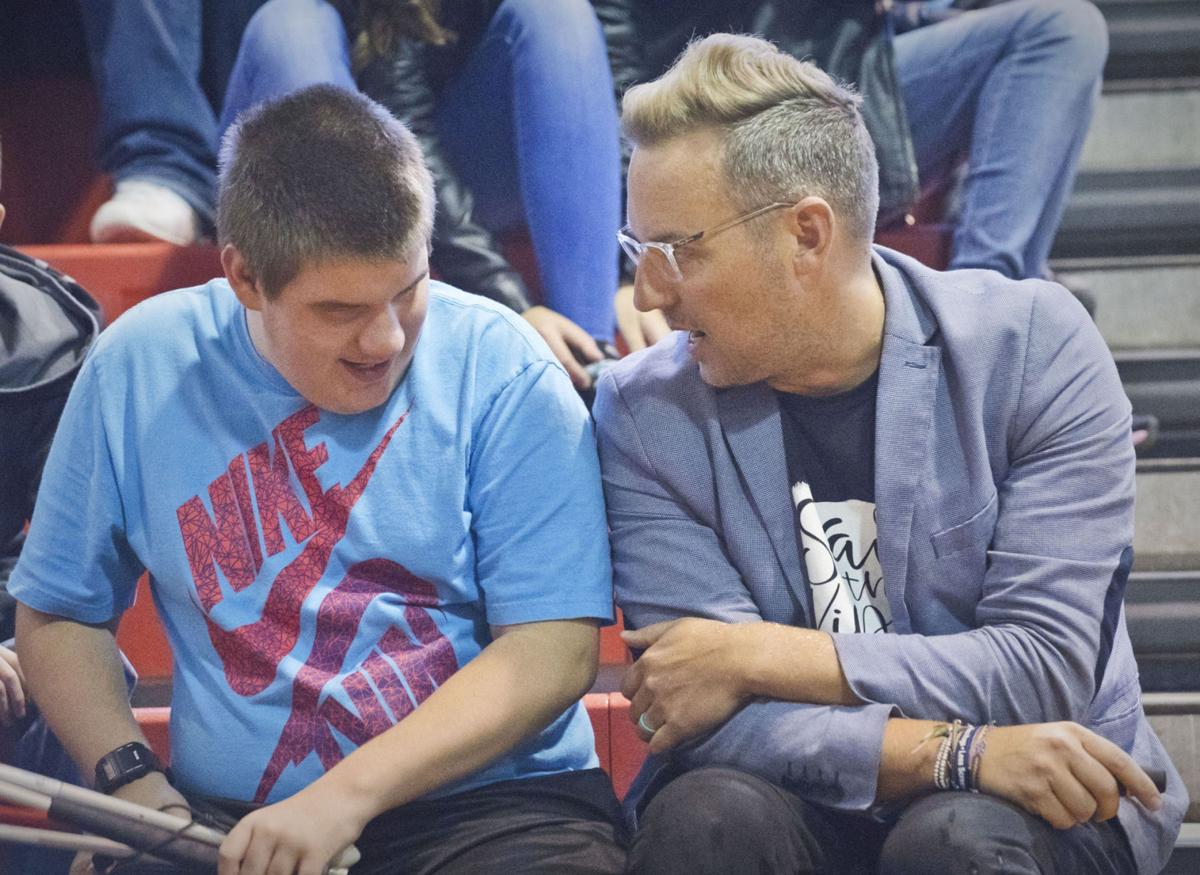 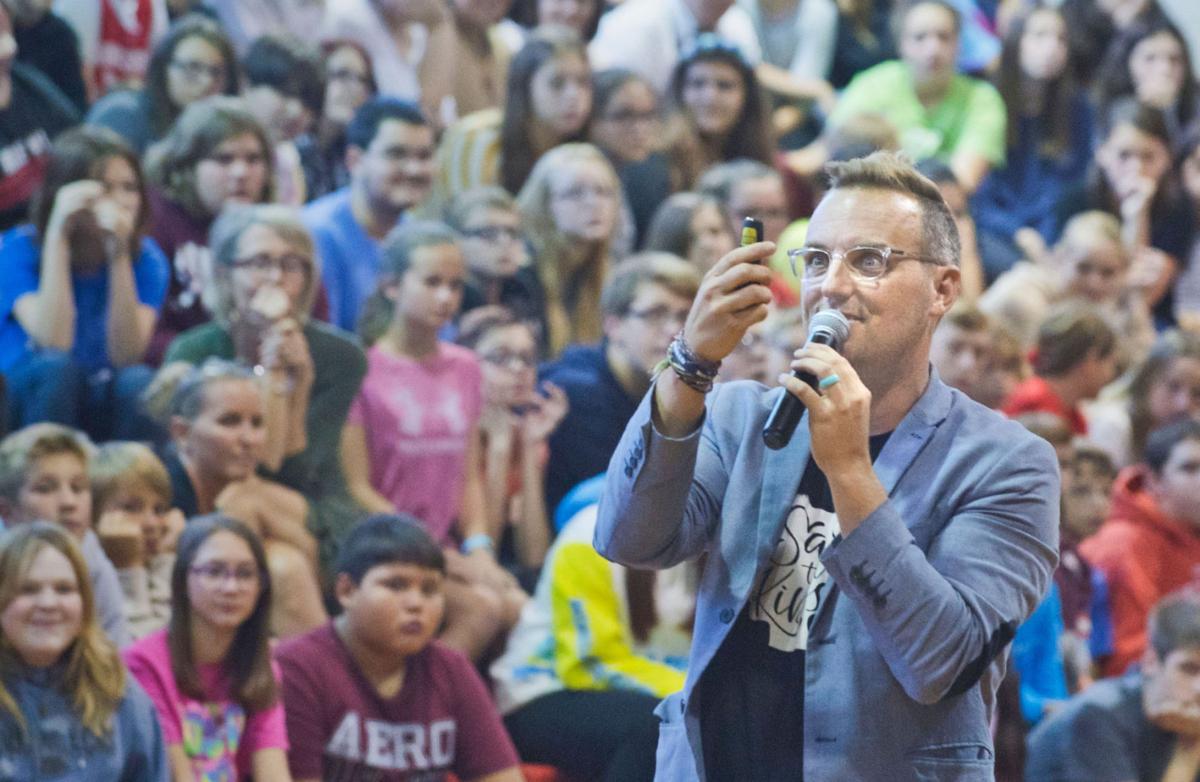 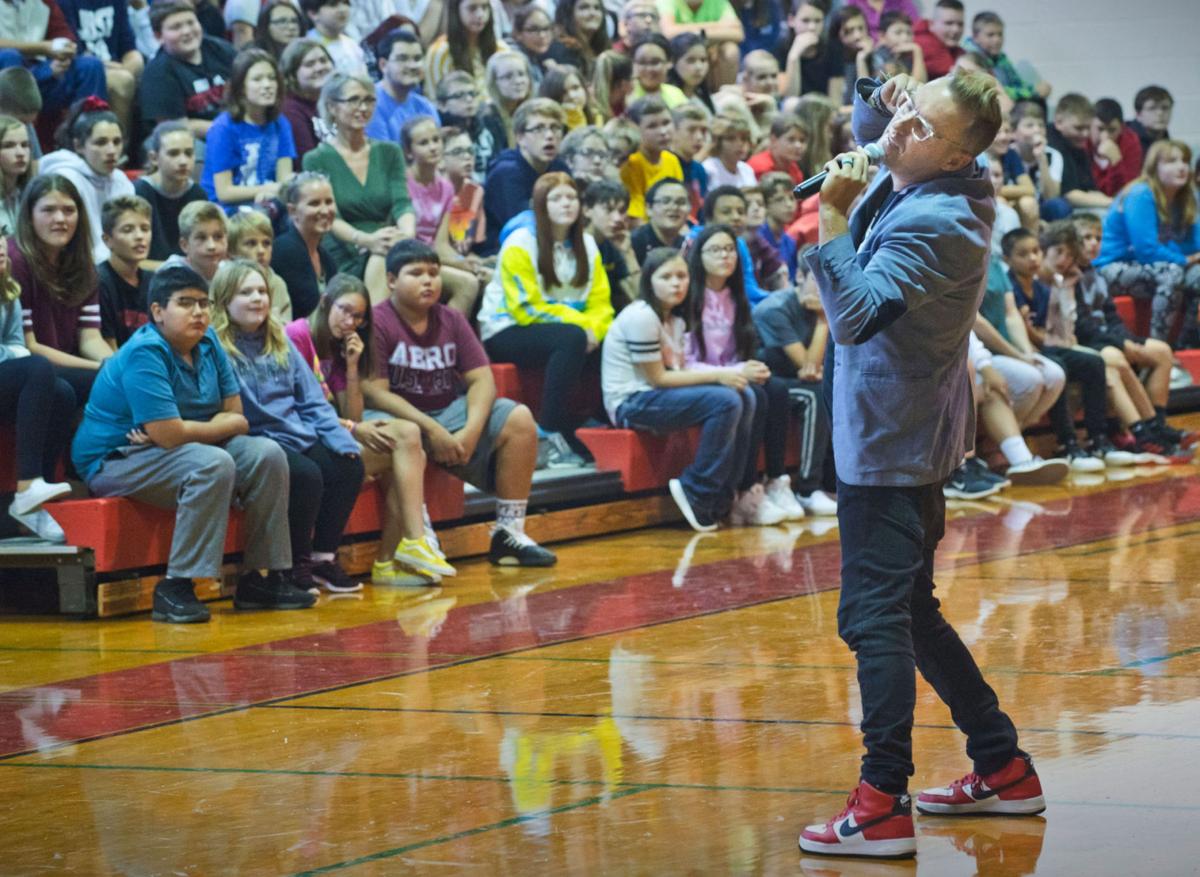 MASSENA — Social media can be good, but it can also destroy lives, according to a speaker at J.W. Leary Junior High School.

Collin Kartchner, who spoke to students on Tuesday, talked about negative effects of social media and screen addiction, as well as how it could be used to do good.

He started a popular parody Instagram account in 2017 to make fun of social media and the culture of toxic perfectionism it has created. But, rather than using his account to earn a large number of followers and paid sponsors, he used it to do good, raising money for hurricane victims, children fighting cancer and orphans in South America.

A year later, he started a campaign to -Savethekids from social media and screen addictions that were having a negative impact on their mental and emotional health.

“I go all over the country sharing this message,” said Mr. Kartchner, who also shared his message with other schools in the St. Lawrence-Lewis Board of Cooperative Educational Services region.

Pictures he displayed during his presentation showed how social media was impacting today’s youth — visiting a theme park, a ball game, a toy store or a bowling alley and, rather than enjoying the moment, burying their faces in their cell phones.

Blame some of that on the parents, he said.

“We’re giving our kids keys to a motorcycle with zero training. The irony is you give kids a motorcycle, but don’t tell them how to drive it,” he said.

In some cases, they’re starting their kids at an early age, introducing them to products like “iPotty with activity seat for iPads,” or a “myPhone toy phone for babies and Toddlers.” A video he played showed happy babies with a cell phone in their hand and crying babies when it was taken away.

Today, he said, social media has caused “an epidemic of loneliness.” That, in turn, leads to depression and teen suicide as teens face pressure from social media to be perfect. While they’re smiling in their selfies posted to social media, they’re hurting deep inside. He said 63 percent of Instagram users report being miserable.

In some cases, the teens are trying to be someone they’re not for the sake of getting more followers or likes.

In other cases, when they represent themselves truthfully on social media, they might be the subject of hate messages if they don’t conform to what others feel should be the standard.

“Social media makes me sad and depressed,” one student said.

Social media could be good in some cases, according to Mr. Kartchner. A social media campaign called the “ice bucket challenge” to raise awareness of amyotrophic lateral sclerosis (ALS) brought in $150 million.

In Mr. Kartchner’s case, he used social media to crowd-fund more than $125,000 for Hurricane Harvey victims in Texas. He also helped a group raise $350,000 for people in Puerto Rico when they were hit by Hurricane Maria. In addition, he raised more than $30,000 for three children in Utah who were fighting cancer. In February 2018, he helped a group put “You are Loved” and “You are Beautiful” billboards across Utah.

Now he’s on a crusade to save teens from social media’s potential destruction to their self-esteem and mental health, and empowering parents, who also succumb to the pressures of social media, to reconnect with their kids.

“We parents are horrible examples. On behalf of my generation, I am sorry,” he said.

“Giving a smartphone is like giving a gram of cocaine,” one expert said.

Mr. Kartchner suggested they should ask themselves, “Does that account make me happy.” If it doesn’t, they should eliminate it from their lives.

In response, one teen wrote, “The minute I realized social media was toxic was the same minute my life started to get brighter.”