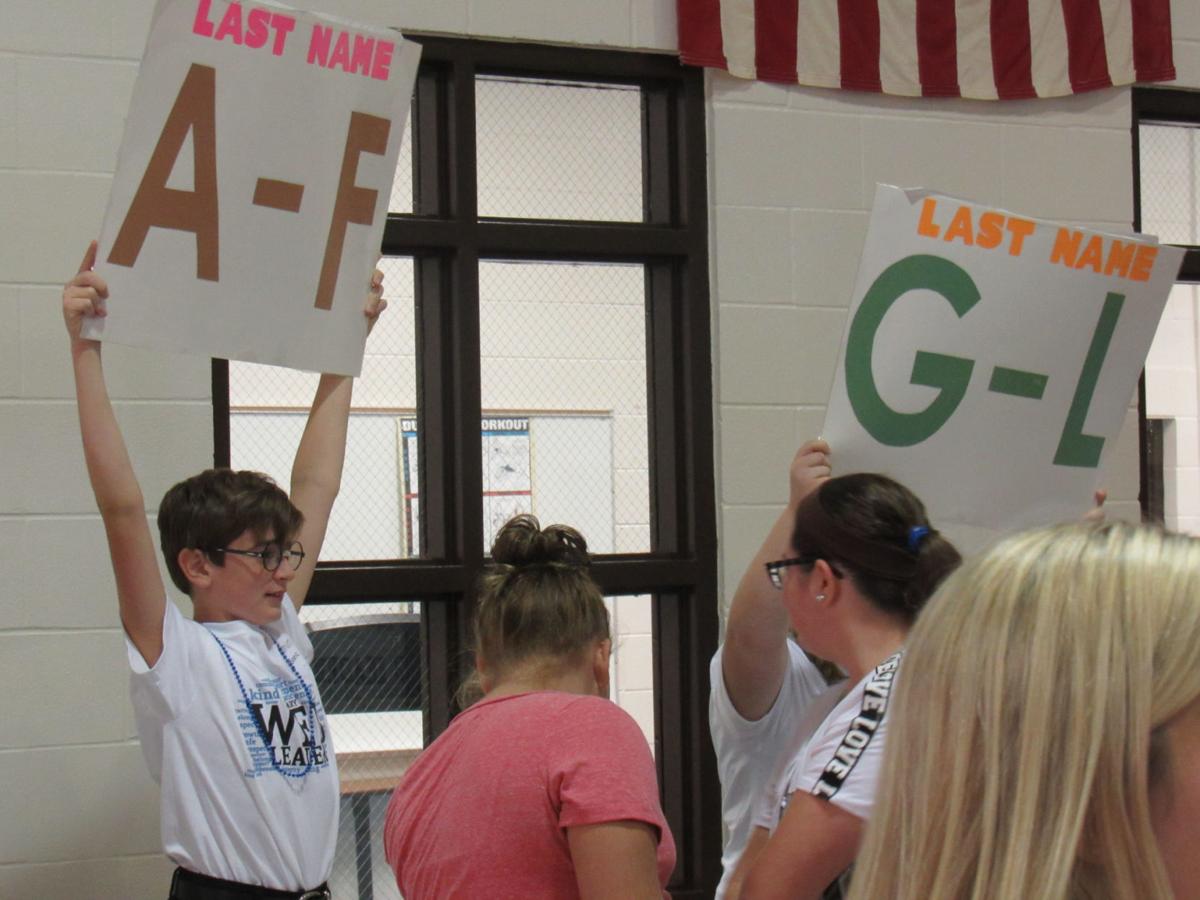 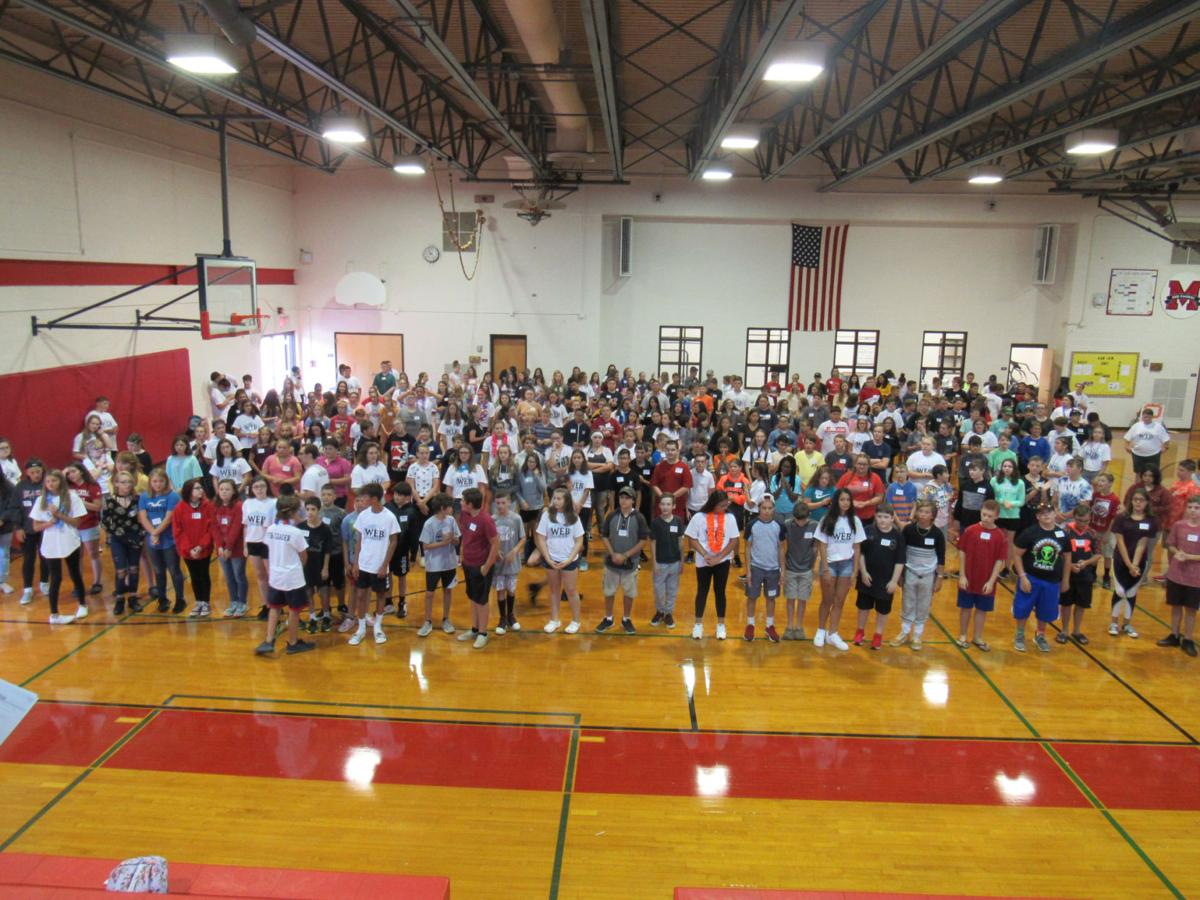 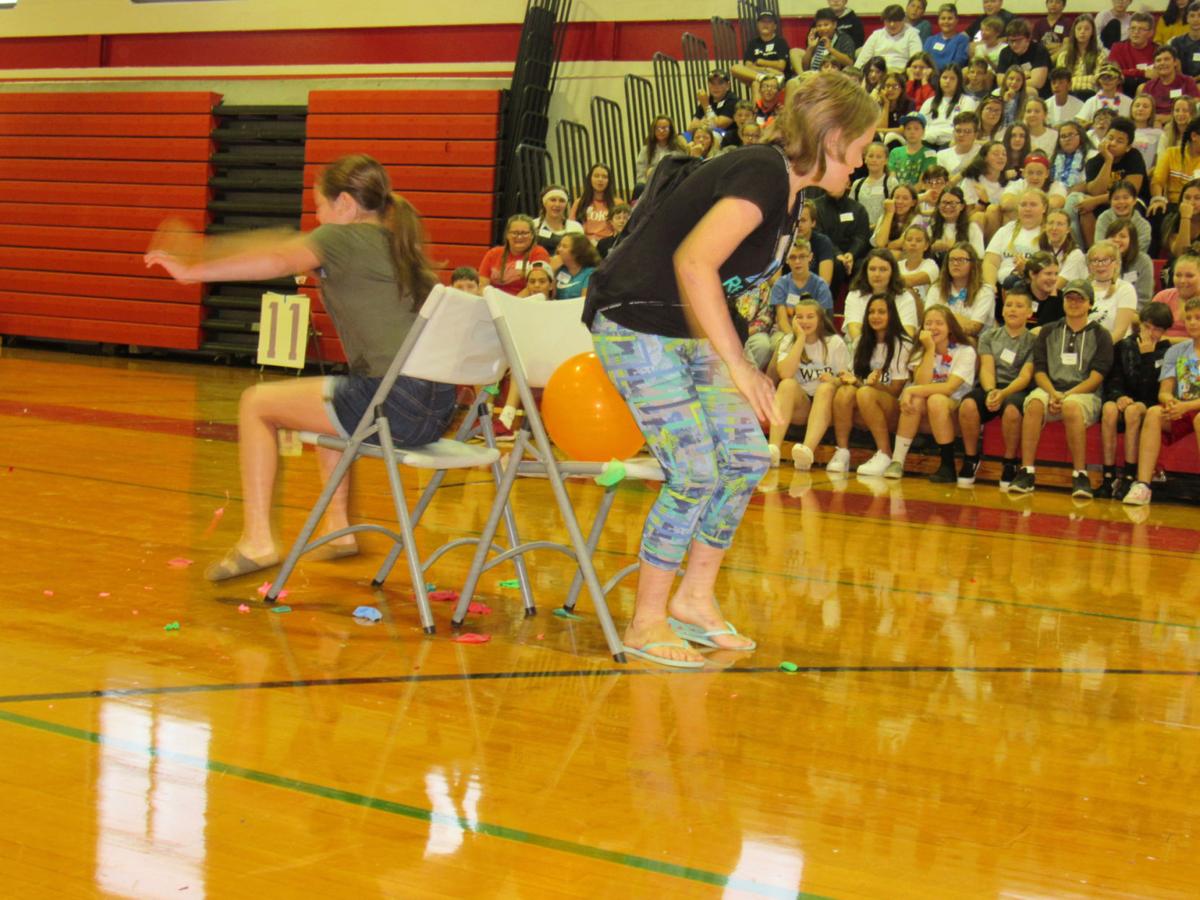 Team-building activities were part of the schedule on Thursday when incoming seventh-graders took part in a WEB (Where Everybody Belongs) orientation at J.W. Leary Junior High School. Bob Beckstead/Johnson Newspapers 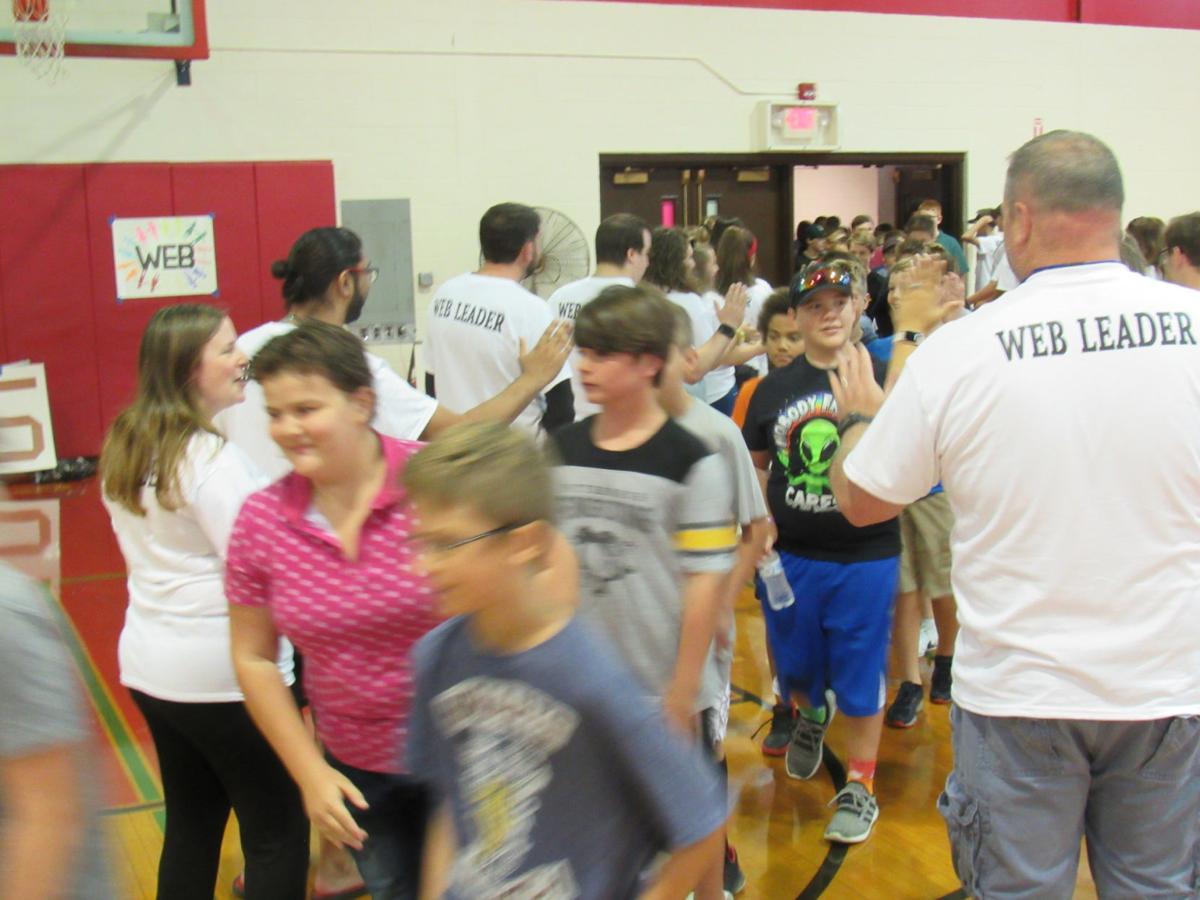 Incoming seventh-grade students are welcomed to J.W. Leary Junior High School during a WEB (Where Everybody Belongs) orientation on Thursday. Bob Beckstead/Johnson Newspapers

Team-building activities were part of the schedule on Thursday when incoming seventh-graders took part in a WEB (Where Everybody Belongs) orientation at J.W. Leary Junior High School. Bob Beckstead/Johnson Newspapers

Incoming seventh-grade students are welcomed to J.W. Leary Junior High School during a WEB (Where Everybody Belongs) orientation on Thursday. Bob Beckstead/Johnson Newspapers

MASSENA — School doors opened on Thursday morning at J.W. Leary Junior High School so incoming seventh-graders could get their first look at the building that they’ll call school for the next two years.

They weren’t alone. Assisting them with the orientation were a select group of eighth-graders who were part of the WEB (Where Everybody Belongs) program, and who will serve as mentors during the 2019-20 school year. The WEB leaders have provided mentoring to incoming seventh-graders since 2013.

The seventh-graders gathered outside the gymnasium, where inside, the WEB leaders were getting their final instructions. Then they formed in two lines, acting as a tunnel of sorts for the seventh-graders to travel through and, in the process, receive a warm welcome of high 5’s from students and staff.

After receiving their name tags, the students met with their WEB leaders and filled the bleachers to start their WEB orientation. A sign next to the bleachers said, “Welcome Class of 2025.”

For part of the morning, the students participated in team-building activities in the gymnasium. They involved activities like a balloon popping relay — racing down to a chair, placing a balloon on the seat and sitting down hard in an attempt to pop it before returning to the starting line. The students also raised their right hand and took an oath to do their very best during the school year.

When the gym activities were over, they received their schedules, learned the location of their classrooms and had an opportunity to practice their locker combinations and enjoy lunch.

“Welcome to J.W. Leary. I hope you have a great day,” Principal Alan Oliver said.

He said the approximately 228 new students who would be entering the junior high come from several other schools, including Jefferson, Madison and Nightengale elementary schools, Trinity Catholic School and Akwesasne.

“It’s really five different buildings. You take five buildings and begin the process of blending them into one class. The idea is community building. It’s crucial in this building where they’ll only have two years,” he said.

The WEB leaders were instrumental in helping the seventh-graders adapt to their new school.

“More than anything else, it’s anxiety about going to the junior high,” he said.

Mr. Oliver said anyone who wants to be a WEB leader must apply and be selected, and be willing to give up some of the remainder of their summer vacation.

“They spent the last two days training,” he said. “It’s an opportunity for leadership. We find the first couple of days they stand apart from their peers.”

The gist of it

n WHAT: J.W. Leary Junior High School opened its doors on Thursday for a seventh-grade orientation

n WHO: The incoming seventh-graders are linked up with eighth-grade WEB (Where Everybody Belongs) leaders, who mentor them throughout the school year