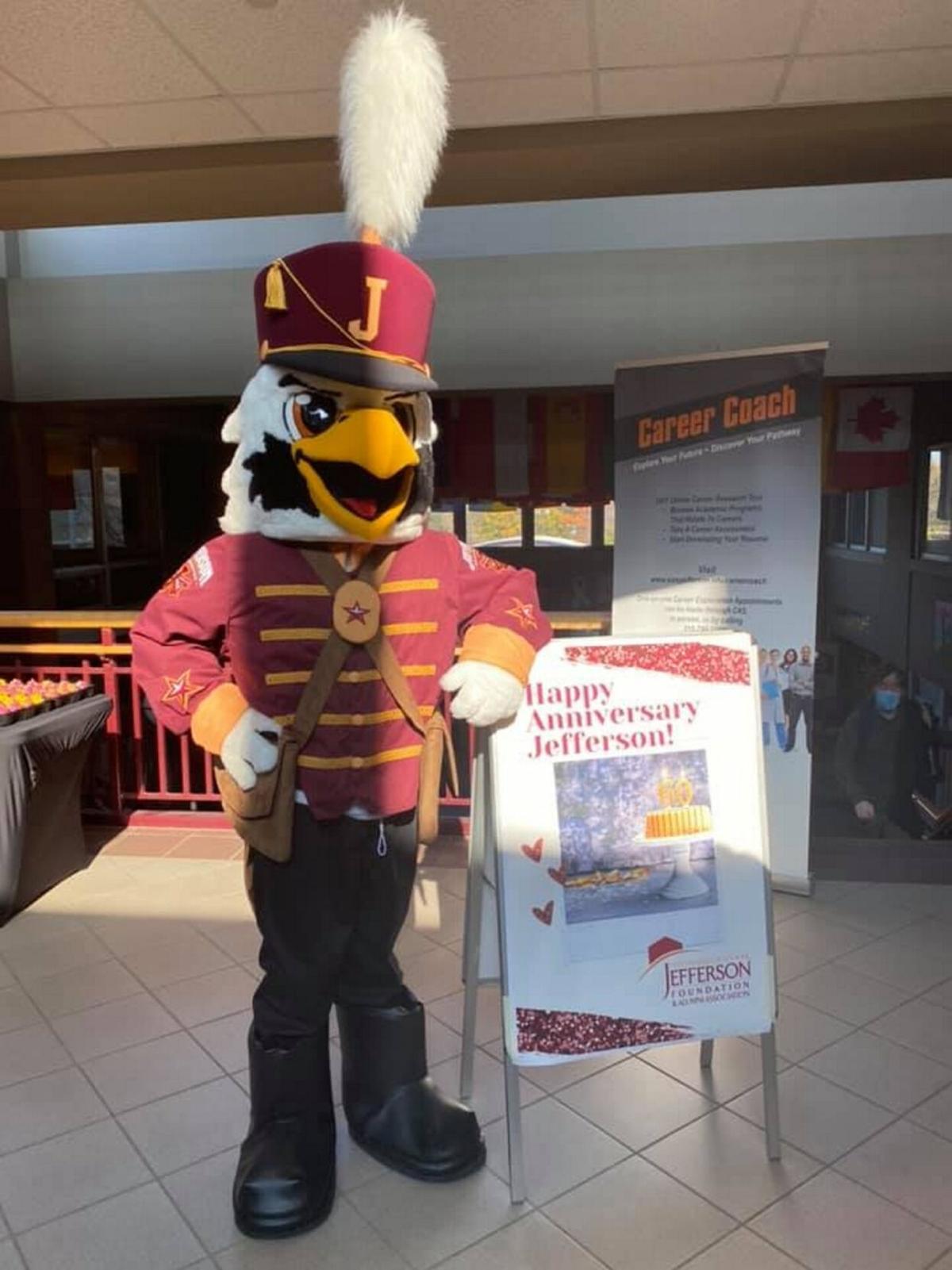 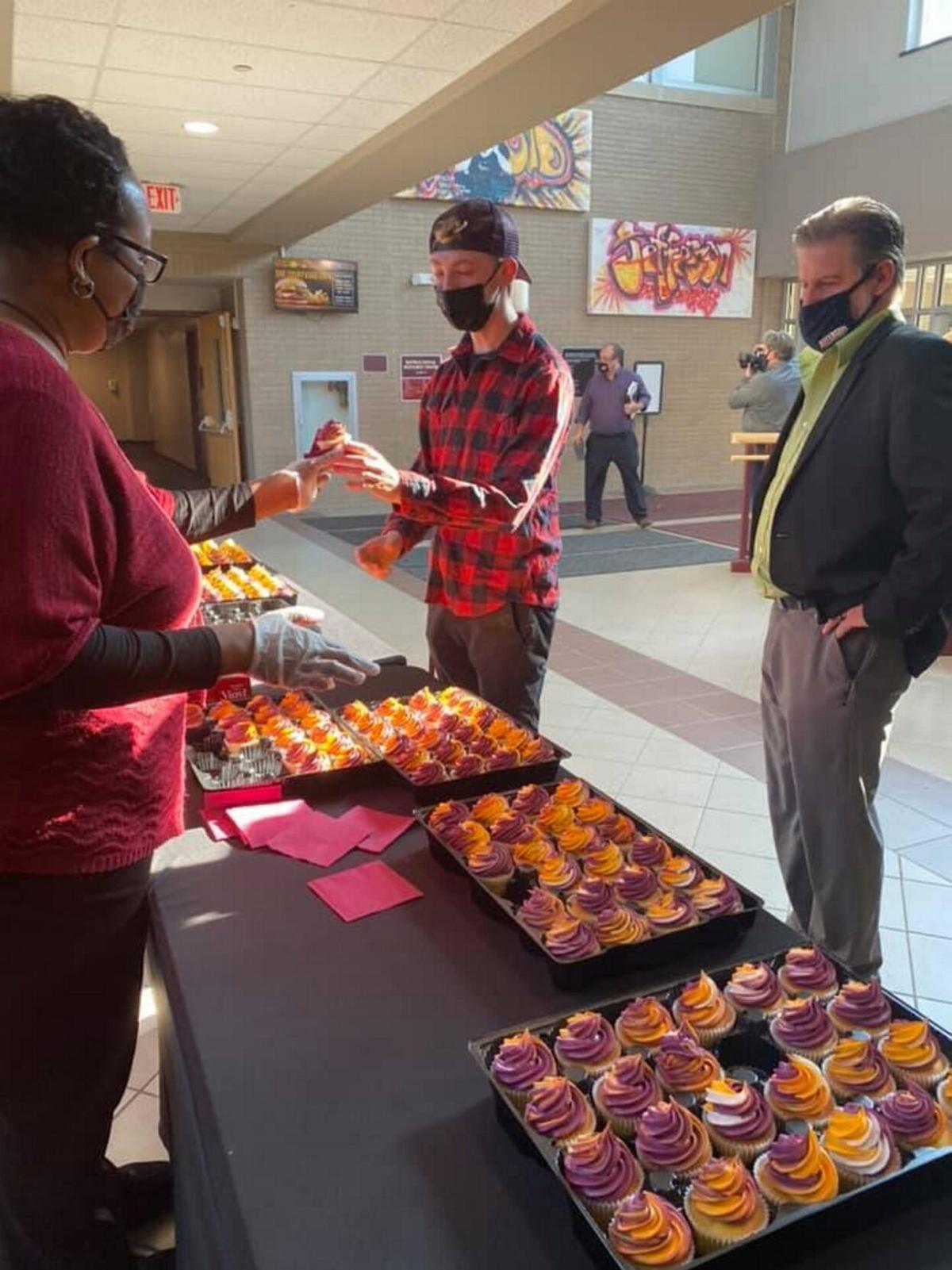 Cupcakes are given out in the Jules Center of JCC on Monday to celebrate the college’s 60th anniversary. Provided photo

Cupcakes are given out in the Jules Center of JCC on Monday to celebrate the college’s 60th anniversary. Provided photo

WATERTOWN — Established on Nov. 7, 1961, Jefferson Community College was the area’s first institution of higher education and remains the only college with physical campus facilities within a 50-mile radius of Watertown.

On Monday, the college celebrated its 60th anniversary with a special video shared to social media accounts and by giving out a special treat. As students walked by on their way to classes Monday, college mascot Boomer handed out cupcakes to celebrate.

One of 30 community colleges within the SUNY system, JCC currently serves approximately 3,800 students from Jefferson, Lewis, Oswego and St. Lawrence counties, as well as some from around the state, country and world.

“What a privilege it is to be here as Jefferson celebrates its 60th anniversary this month,” said college president Ty A. Stone in the video message. “From that first class of 36 graduates receiving their diplomas in 1965 to today a lot has changed, but one thing has remained the same: Jefferson’s mission to serve the educational needs of this community.”

JCC is the only college in the SUNY system that was created with a public referendum. The Citizens Committee for a Community College spent nearly three years advocating for local access to affordable higher education. Then, on Nov. 7, 1961, the people of the community voted and Jefferson was founded.

Those featured in the video included Scott A. Gray, chairman of the Jefferson County Board of Legislators; Sylvia S. Heap, Advocate-Jefferson Citation recipient 2010 and member of Citizens’ Committee for a Community College in 1958; Assemblyman Mark C. Walczyk; Steven J. Todd, district superintendent of Jefferson-Lewis BOCES; and faculty and staff of JCC.

“Here’s to another 60 years of excellence in higher education at Jefferson,” Ms. Stone said as the video ended.

The full celebration video can be found here: http://wdt.me/JCC60th.