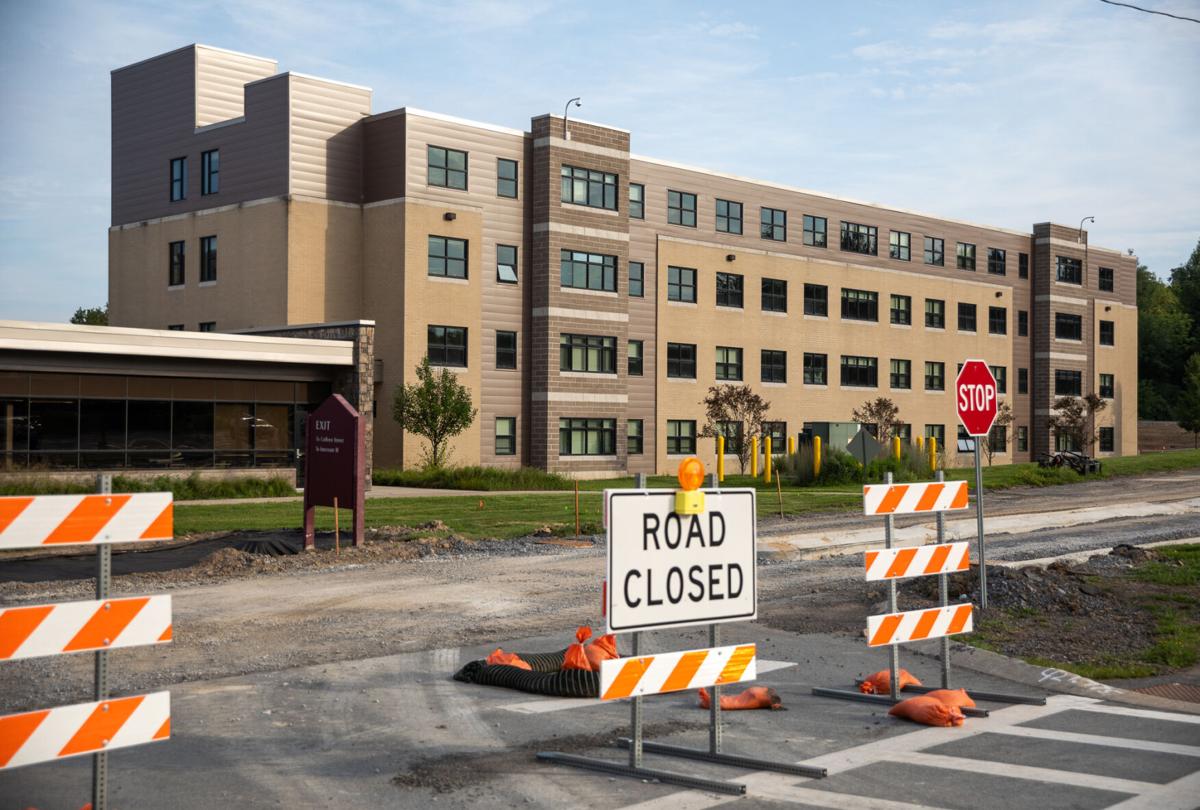 Road construction on the Jefferson Community College campus is expected to be completed in October. Kara Dry/Watertown Daily Times 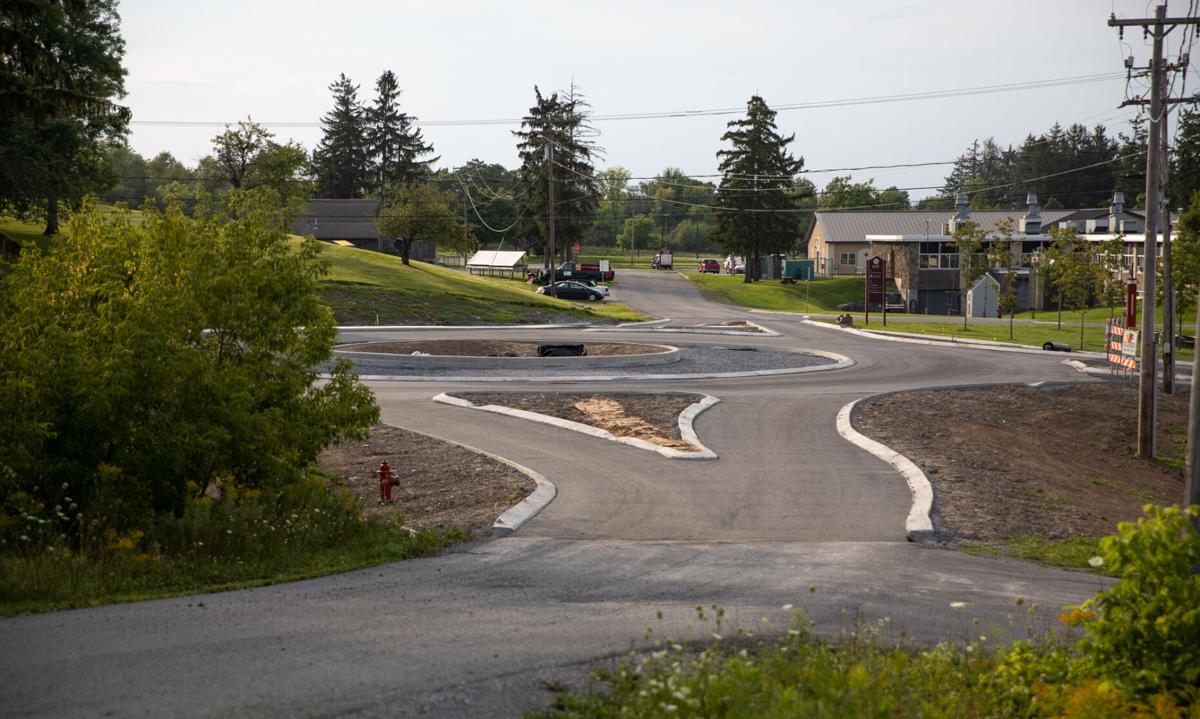 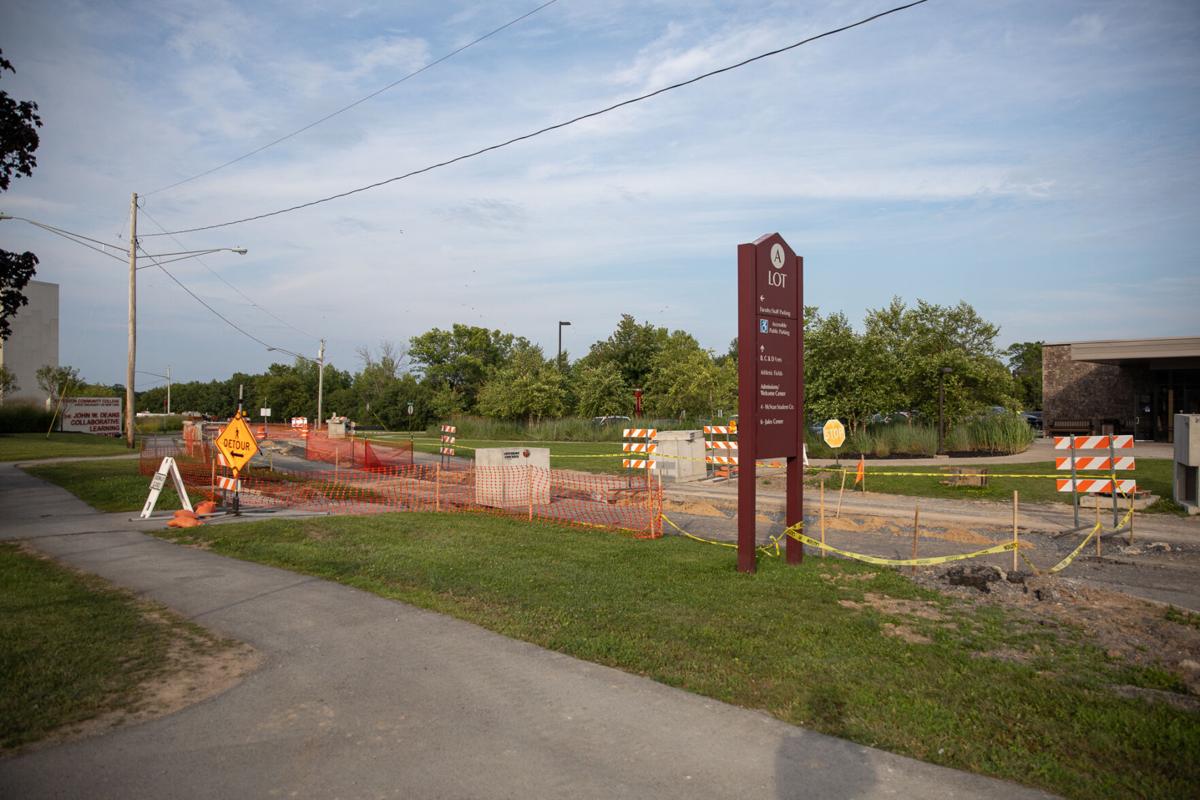 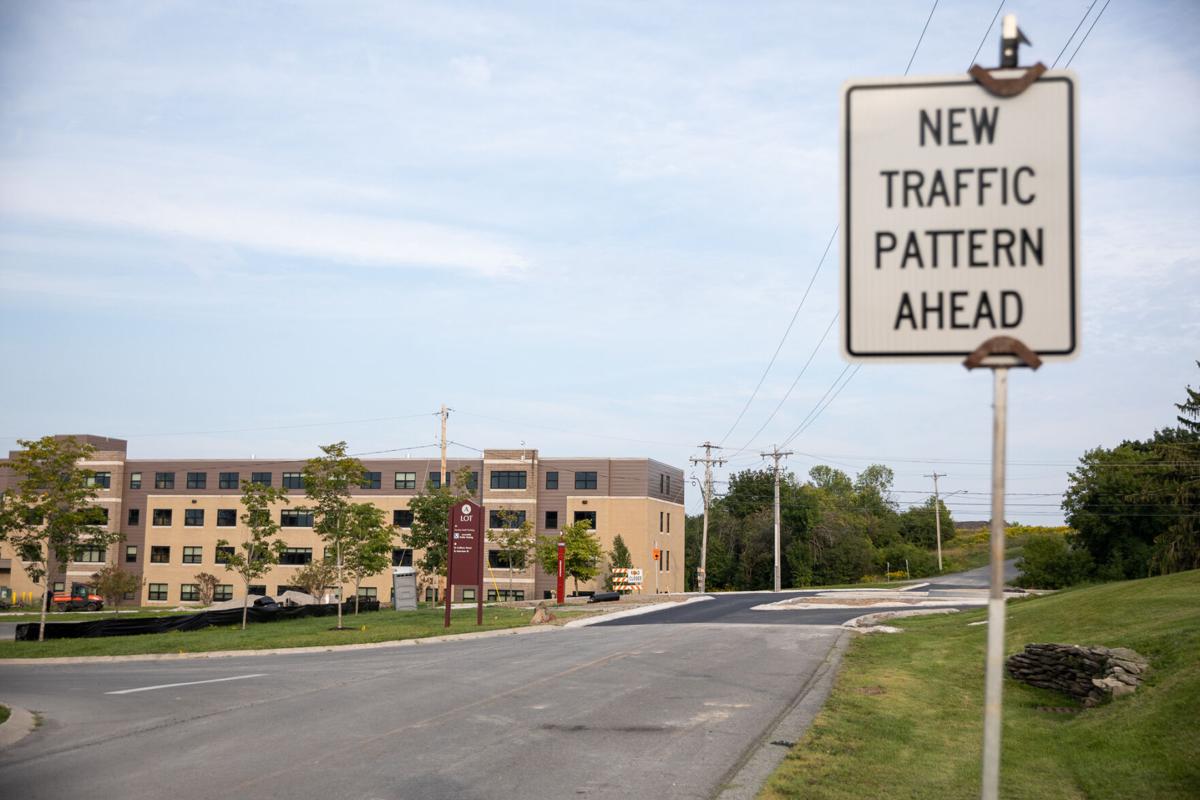 Road construction on the Jefferson Community College campus is expected to be completed in October. Kara Dry/Watertown Daily Times

WATERTOWN — Those who enter Jefferson Community College’s campus from Coffeen Street may be surprised to find a new traffic safety measure when they arrive on campus — a roundabout has been installed outside of the residence hall known as East Hall.

According to the college, speed has long been an issue on the main roadway into campus, and with the advent of the residence hall there is a great deal of pedestrian traffic, with students crossing the road to get to and from classes.

Citing studies that show roundabouts result in fewer accidents and increased safety for pedestrian traffic, the college made the decision to incorporate a roundabout to slow traffic down when it came time to design a new road.

The total cost for the roundabout project, as well as things like the rebuilding of underground drainage structures, repairs to Campus Drive and the back parking lot of JCC, and the implementation of a green storm water infrastructure, came to $1.4 million, which was funded by a New York State Green Innovation Grant for $880,000, a total of $120,000 in New York State Capital Funds, and $400,000 in College Capital Funds.

“As a public institution, we understand the community’s interest in projects that take place at the college,” said Dr. Dan Dupee, JCC’s executive vice president. “The funding used for this entryway project are funds that can only be used for capital improvements to the college and with the additional money from the Green Innovation Grant Program, we were able to address some sorely needed updates to our deteriorating roads and parking lot, while at the same time tackling the important issues related to our students’ safety and protecting the Black River.”

Stormwater in the area, when not properly diverted, goes into the Black River, carrying with it road salt and chemicals. Beginning in 2015, JCC worked with Jefferson County and BCA Architects & Engineers to implement green storm water infrastructure to remove pollutants from the college’s roadways and parking areas prior to reaching the Black River. Based on a proposal, the college was approved for the grant funds in 2019.

Work is estimated to be completed by the first week of October. Until then, new traffic plans have been implemented, with signs up along the campus.

“We know it will be an adjustment for students and faculty to get used to the new traffic pattern, but once people get used to it and everyone starts to feel the safety benefits from the reduction in speed, we’re confident it will be appreciated by the community,” Dr. Dupee said. “We’re also very proud of the Green Innovation component of the project. Lessening JCC’s impact on the river’s ecosystem is a big win for our community and we are grateful for the grant program in helping us do that.”

Taxpayer money could have been saved if the school had just controlled traffic speed by allowing potholes to develop. This would have led to job creation.