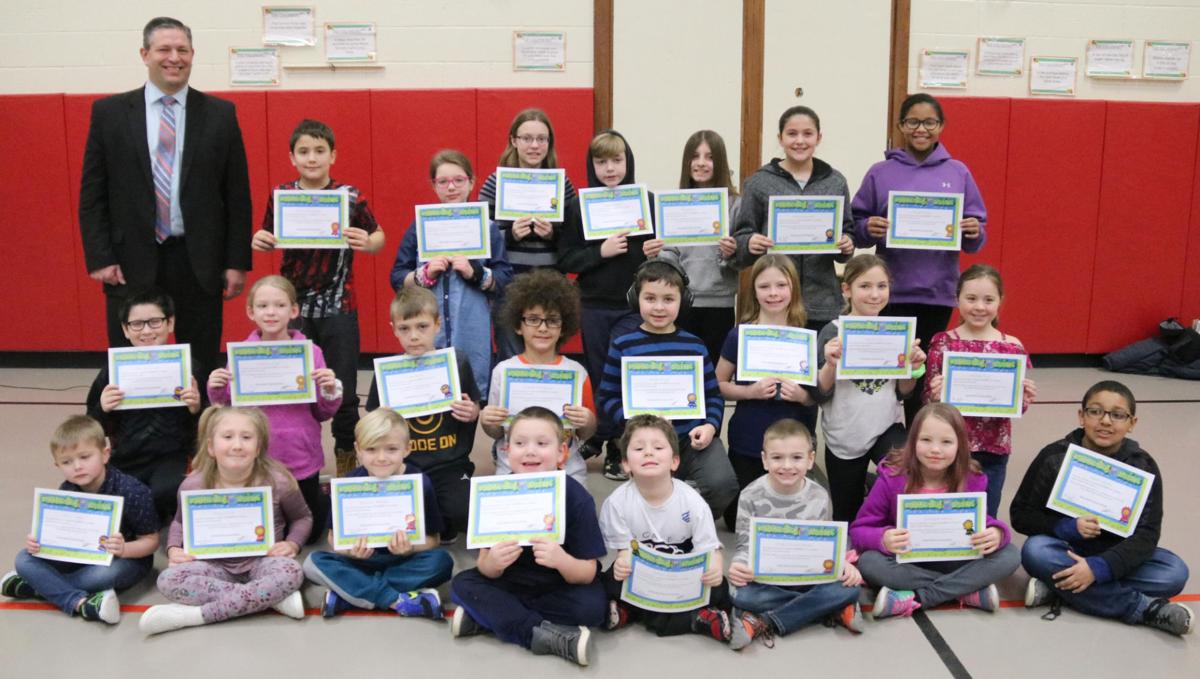 Lanigan students show off their role model certificates because they exemplified forgiveness throughout the month of January.

Lanigan students show off their role model certificates because they exemplified forgiveness throughout the month of January.

FULTON - Lanigan Elementary students and staff members had a lot to celebrate during the school’s recent awards assembly for the month of January.

The entire Lanigan family began the assembly by reciting the pledge of allegiance and the Lanigan pledge before Principal Jeff Hendrickson shared several Being Recognized as Great, or BRAG, awards. BRAG honorees include: Everleigh Nye because she excelled with participation, Kelsey Reed and Kendal Lamacchia for their assistance with collecting recyclables, Gavin Terpening because he showed problem-solving skills, and Jon Buscemi because he served as engineer to fix a classroom game.

Certificate of Excellence awards were provided to fifth-graders Shawn Mazzole and Jayden Herman because they graduated from the Check-in/Check-out program. Principal Hendrickson said both Mazzole and Herman have exemplified the “Lanigan Way” with their demonstration of being safe, responsible, respectful and problem solvers.

Principal Hendrickson said for those students who did not receive awards, there is plenty of time for improvement and hard work throughout the month of February. “We just finished the second quarter; this is a good time of all of you to work on goals,” he said.

Also honored were several students who exhibited forgiveness in January. The forgiveness honorees were deemed role models to their peers because of their ability to forgive people and build positive relationships with others.

Principal Hendrickson reminded all Lanigan students that while forgiveness can be tricky, it can be achievable to everyone. It’s also a character trait every Lanigan Eagle may practice all year.

“One thing we can work on is to apologize sincerely, even when something wasn’t intentional,” he said. “An apology means you want to fix that. That’s why we look for forgiveness.”