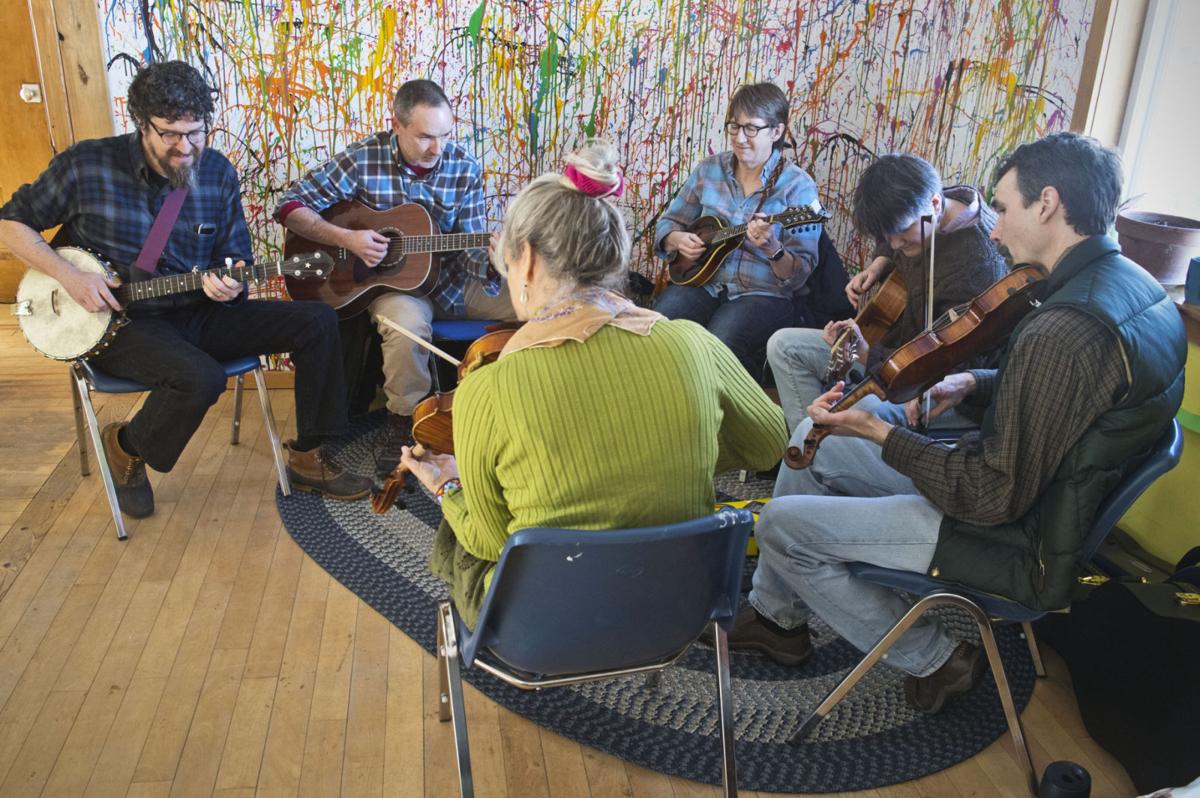 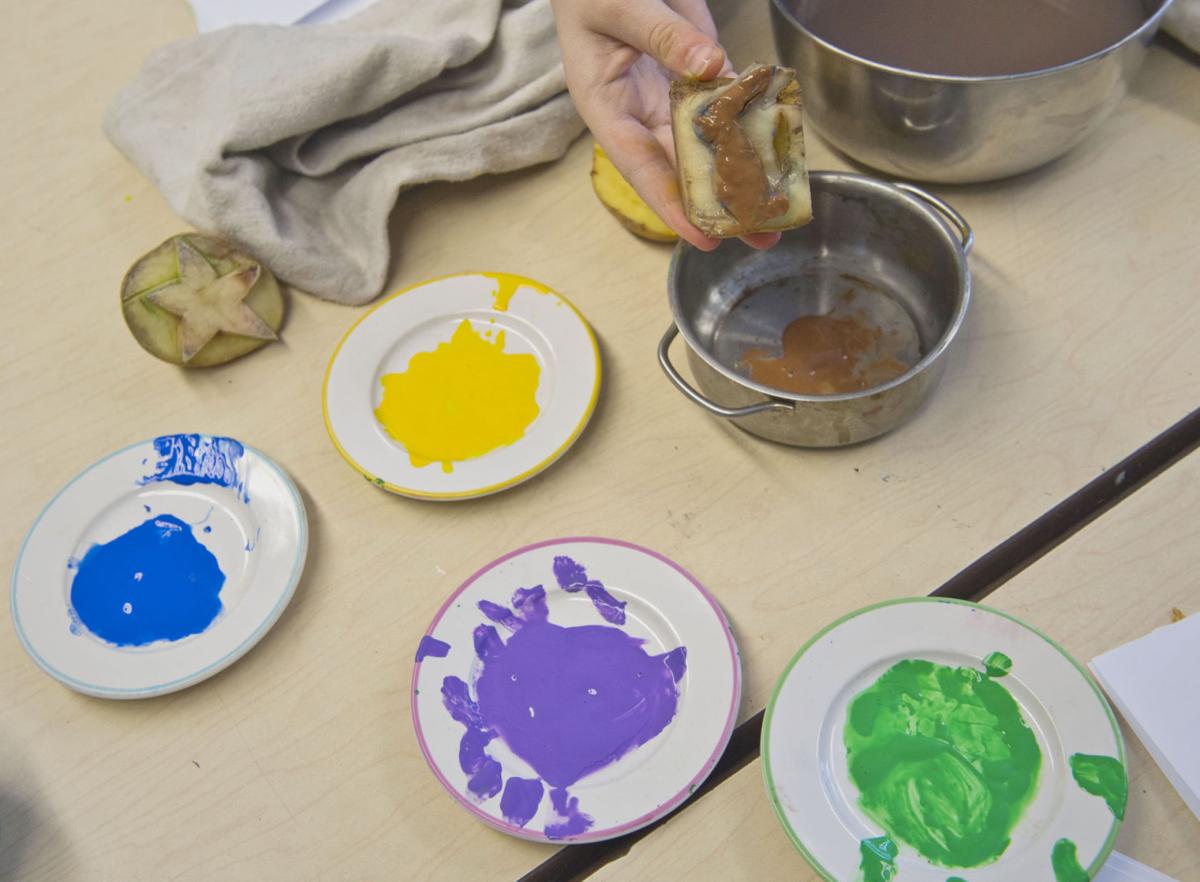 Christopher Lenney/ Watertown Daily Times A student shows off a bunny stamp carved into a potato, a craft project on Saturday at the Little River Community School open house as part of Canton’s Winterfest. 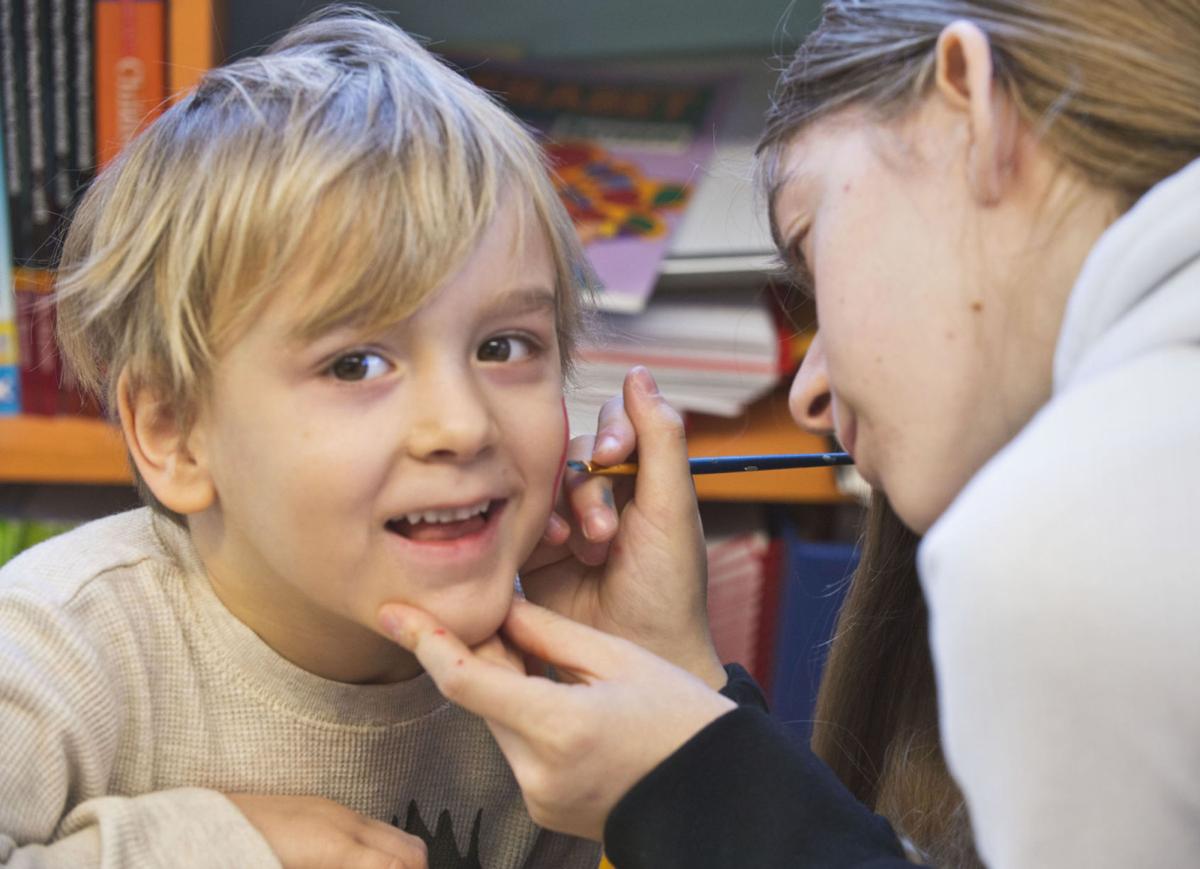 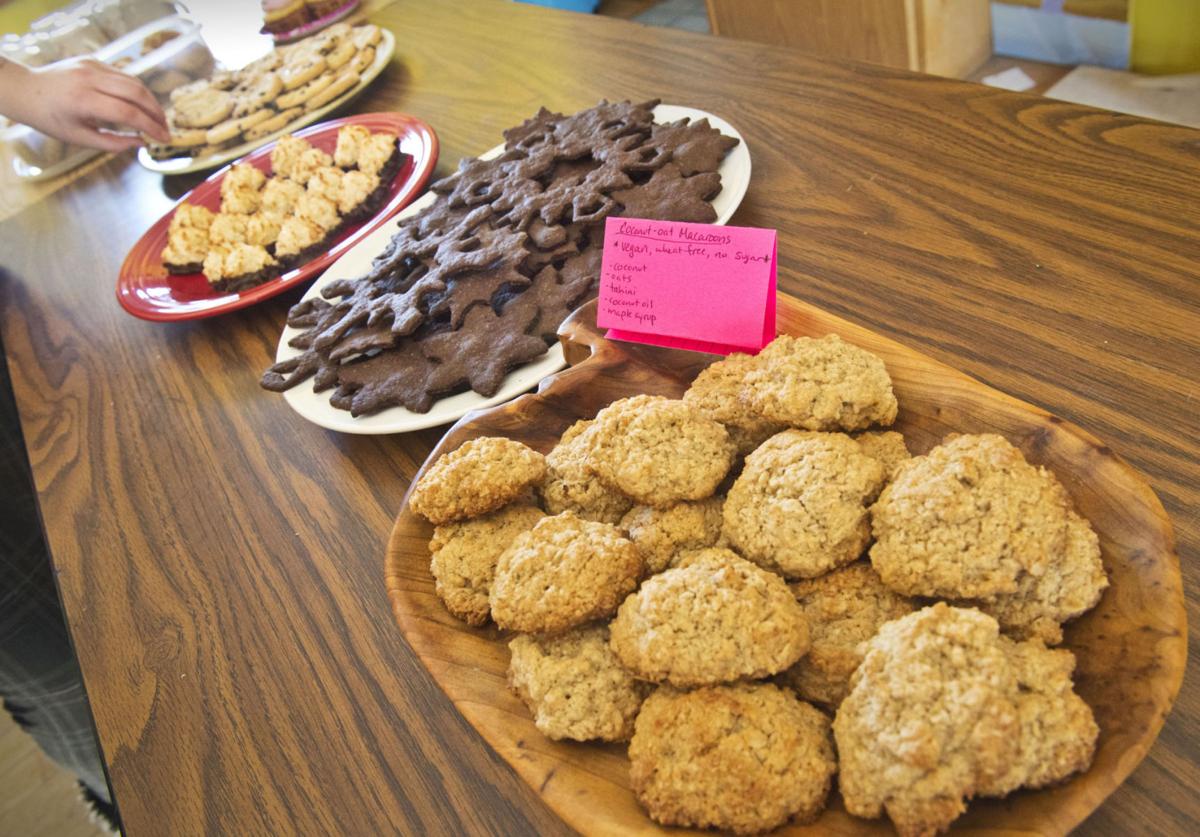 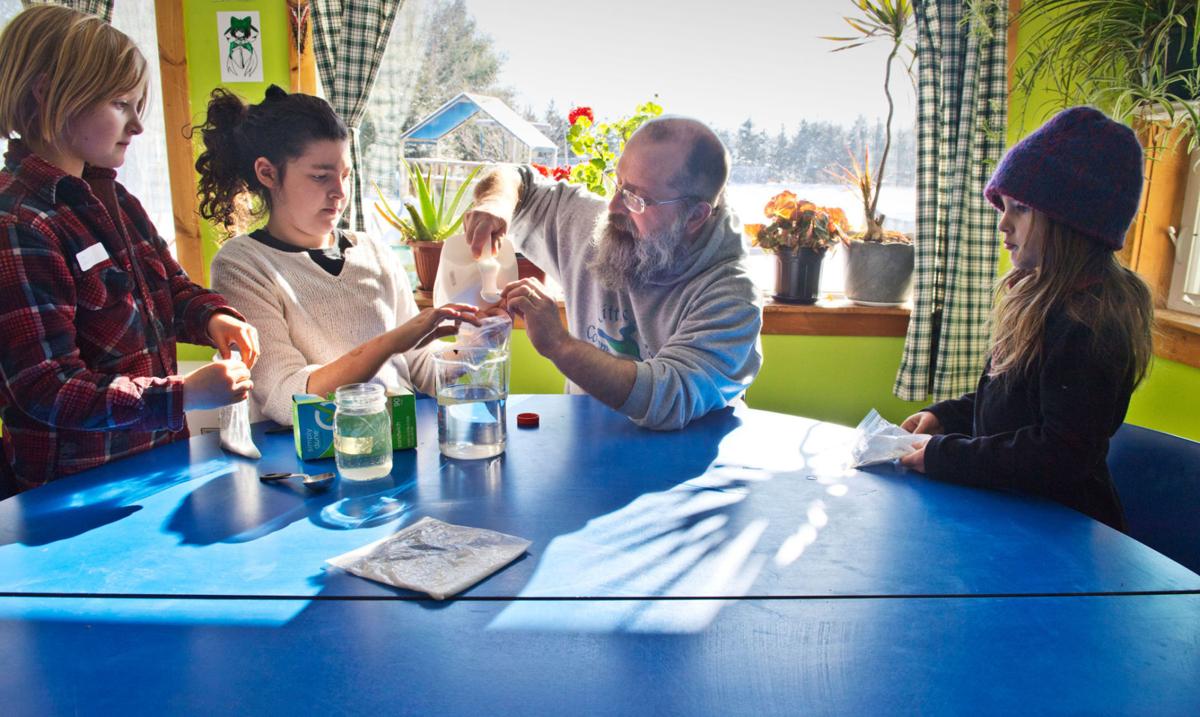 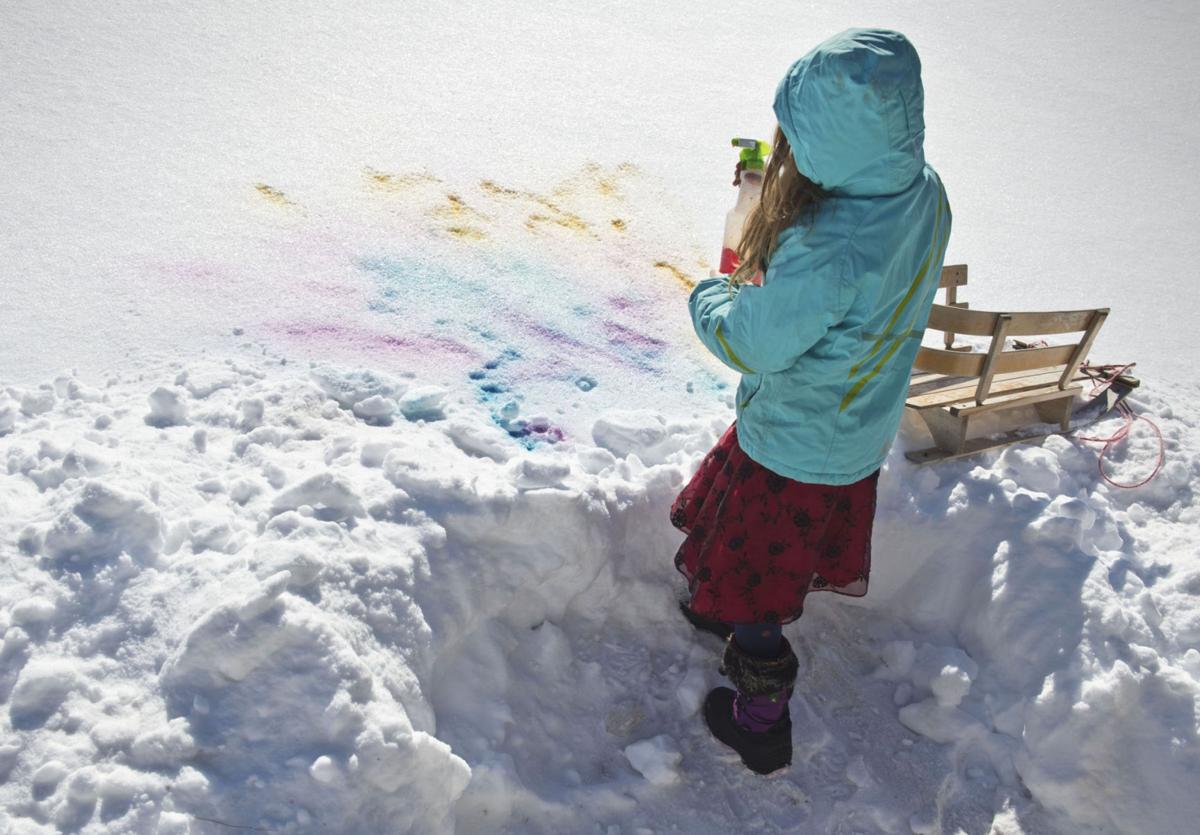 Christopher Lenney/ Watertown Daily Times A student shows off a bunny stamp carved into a potato, a craft project on Saturday at the Little River Community School open house as part of Canton’s Winterfest.

CANTON — A day after a heavy snow reinforced that winter was in full swing, Little River Community School celebrated the season.

The school, which is celebrating its 20th anniversary this year, opened its doors on Saturday for its 18th annual Winterfest — an opportunity for some to enjoy an afternoon of fun and, for others, a chance to see what the school had to offer. It’s located five miles south of Canton in a large open meadow adjacent to Birdsfoot Farm, an organic vegetable farm and intentional community, which is a planned community designed to have a high degree of social togetherness and teamwork.

“It’s an opportunity to get people up the driveway to see us,” said Steven A. Molnar, the school’s director and a teacher.

He said the school’s Winterfest celebration is timed to coincide with Winterfest in Canton.

“We kind of do it independently. It’s the same spirit,” he said.

In the school’s community room, six musicians gathered to play southern-style music on instruments like a banjo, guitar, mandolin and violin. Meanwhile, visitors — students, parents and others — enjoyed some refreshments and viewed pictures of some of the activities that take place at the school. Student artwork was also on display.

Other activities were taking place in the classrooms. A sign-up sheet on the office door listed the variety of opportunities. Mr. Molnar said organizing the day was a joint effort between students, parents and staff.

“One student is heading up chess,” he said.

Other activities on the sign-up sheet included snow castles, face painting, bird identification and behavior, Minute to Win It games and puppet and slime making. There was even donkey petting in the back of the school.

As some kids created art using a potato stamp, others were creating their own slime by mixing water, Borax and Elmer’s glue into a baggie.

About 33 students, grades pre-kindergarten to 12, attend Little River Community School, which has a staff of four, plus two others who come in for special instruction. The senior class includes six students. Mr. Molnar said many families hear about the school through word of mouth.

Free busing is provided by the family’s local school district within a 15-mile radius of the school.

“Most of them come from Canton and Potsdam, and some as far as Clifton-Fine and Hermon-DeKalb. It’s probably six or seven districts,” Mr. Molnar said. “We follow the Canton (Central School) calendar, but we get out a little bit earlier in the year, Memorial Day.”

Lidija Aldous transferred from a public school and has been at Little River for four years. She said the biggest adjustment was meeting new classmates. But she enjoys the smaller student population.

“There aren’t as many people moving down the hall screaming,” she said.

In addition to her love for the school, Ms. Aldous said she’s also appreciative that there’s no cafeteria and they can bring their own food every day.

Ali Kocho-Williams was among the parents at the school on Saturday. Her daughter, Sasha, attends Little River one day of the week and is home-schooled the other four days.

“One thing it offers is a satellite program,” she said.

The satellite program is recognized by the New York state Board of Regents. Parents have the option of sending their student to Little River from one to four days a week, while studying at home on the other days. Satellite students are integrated into school activities, classes and field trips.

Ms. Kocho-Williams said, although her daughter is home-schooled four days a week, the school offers flexibility and support. They met with teachers at the beginning of the year to talk about the plans for the school year and, if a situation comes up during the year, the parents can call their student’s teacher during the day.

Mr. Molnar said they plan to hold regular open houses starting next month to introduce more parents to the school and “see if it meets their needs.”