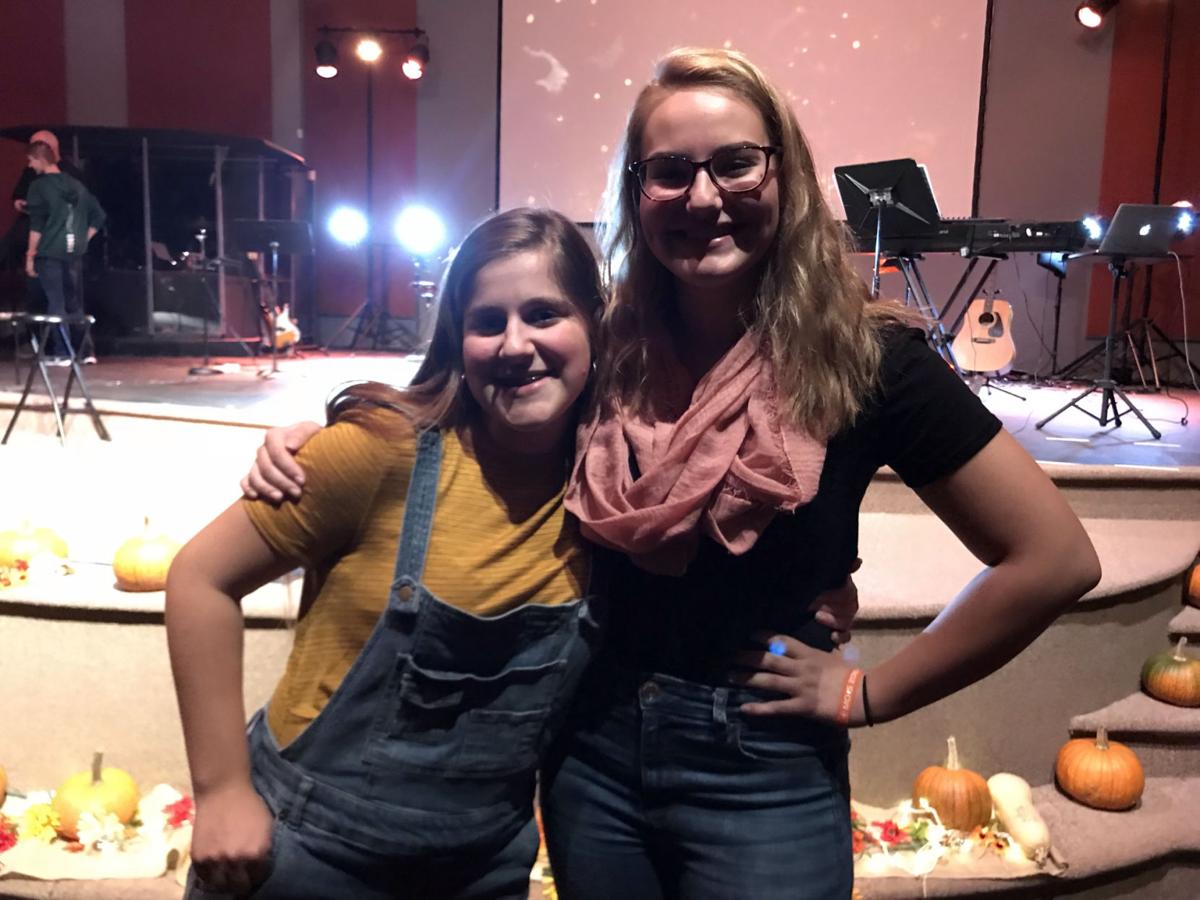 Aspen LaBarge and Carly Garcia were among the students who participated in Rocktober last year. Photo Courtesy of Christopher Lincoln 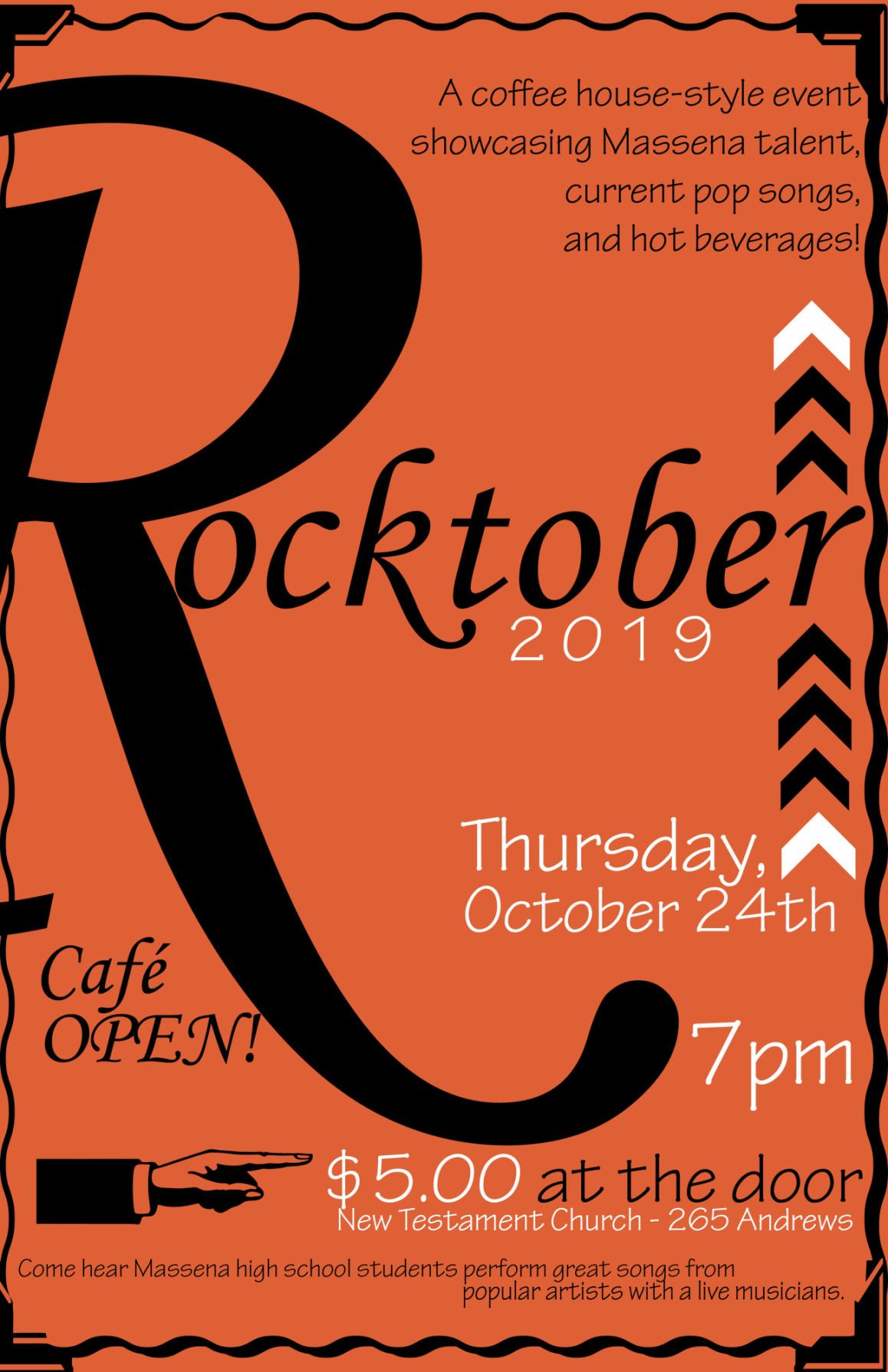 Aspen LaBarge and Carly Garcia were among the students who participated in Rocktober last year. Photo Courtesy of Christopher Lincoln

They’ll be performing music from a variety of artists, from Kristian Marolt, Thomas Sanders and Samantha Harvey, to Kelsea Ballerini, Elisa Fewell and Madilyn Bailey, to Adele, Miley Cyrus and Cyndi Lauper. One student, Elisa Fewell, will be performing a song she wrote, called “Curly Hair.”

Christopher Lincoln, choral and musical theater director, said students can select the song they wish to sing, and in any genre, whether it’s rock, folk, country or some other style. But it has to be within certain guidelines such as no rap.

Students are required to audition with the song they chose. Auditions were held in September, and this year 23 students made the final cut.

Ms. Chapman will be performing in her third June Rocks concert. She also participated in junior high chorus and has appeared in musicals while in junior high school.

“Music is something that came naturally to me a long time ago. It’s a home inside of school for me,” she said.

As she searched for a song to sing, Ms. Chapman said she would start with one song on YouTube and then look at the recommendations. As a result, she had a list of seven songs and, on the day of the audition, said “This is the one” — “Lay Me Down” by Samantha Harvey.

“It’s the one I enjoy the most,” Ms. Chapman said.

When Rocktober was first staged, it was held in the Massena Central High School auditorium and featured a rock-style atmosphere. Now that it’s at New Testament Church, it’s more of a coffeehouse acoustic style, with about half the seating that would be available in the high school auditorium.

“The technology is really cool. They already have the screens set up and the regular seats are comfortable,” she said.

Senior Nick Rubacha is performing in his first Rocktober concert.

“I was going to do it last year, but I got super sick,” he said.

He and Mr. Lincoln decided to change the original song he had selected for the show.

“I jam out as much as possible. I pick the songs I like a lot. I wanted to do something cooler,” Mr. Rubacha said.

He said the change made it a little more difficult to prepare.

Freshman Rebekah Garrow will be participating in her first Rocktober concert. She also plans to audition for June Rocks in the spring. She’ll be performing “Set Fire to the Rain” by Adele on Thursday.

“I’ve known that song for a long time. I’ve enjoyed it,” she said.

Ms. Garrow said that, once she decided what song to sing, she began practicing at home. And it paid off during auditions, as she was selected to appear on the stage this year.

“I just thought it would be cool,” she said.

In addition to the concert, an in-house cafe at the church will be selling refreshments.

Admission for the show is $5 per person at the door.

The gist of it

n WHO: Twenty-three student-performers are scheduled to participate in this year’s annual Rocktober concert

n WHEN: The show will be held from 7 to 9 p.m. Thursday at New Testament Church, 265 Andrews St., Massena

n THE SINGERS: Each of the students who were selected for this year’s show had to go through an audition process, performing a song they selected