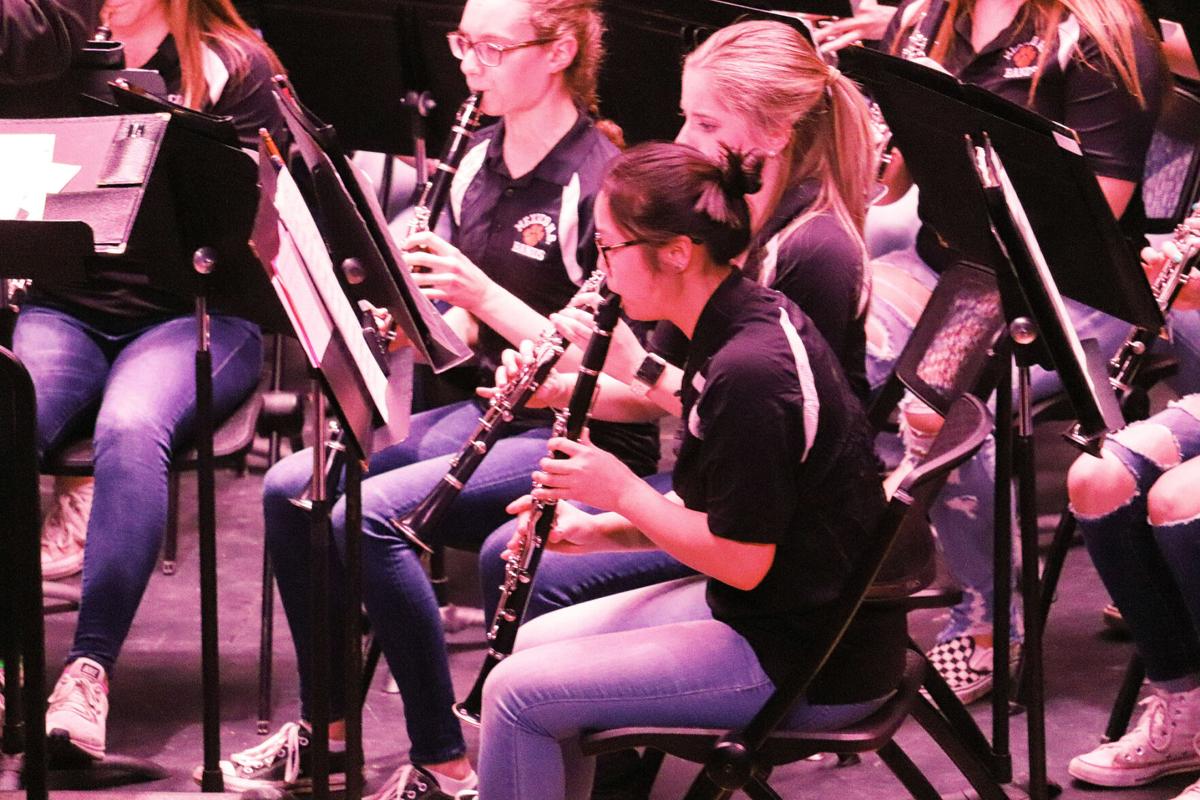 Pictured in March during a Music In Our School’s Month concert at Mexico High School is clarinetist Libby Sheldon, who was recently named to NYSSMA Conference All-State. The MACS senior is the first instrumental student at Mexico to earn this honor since the early 2000s. 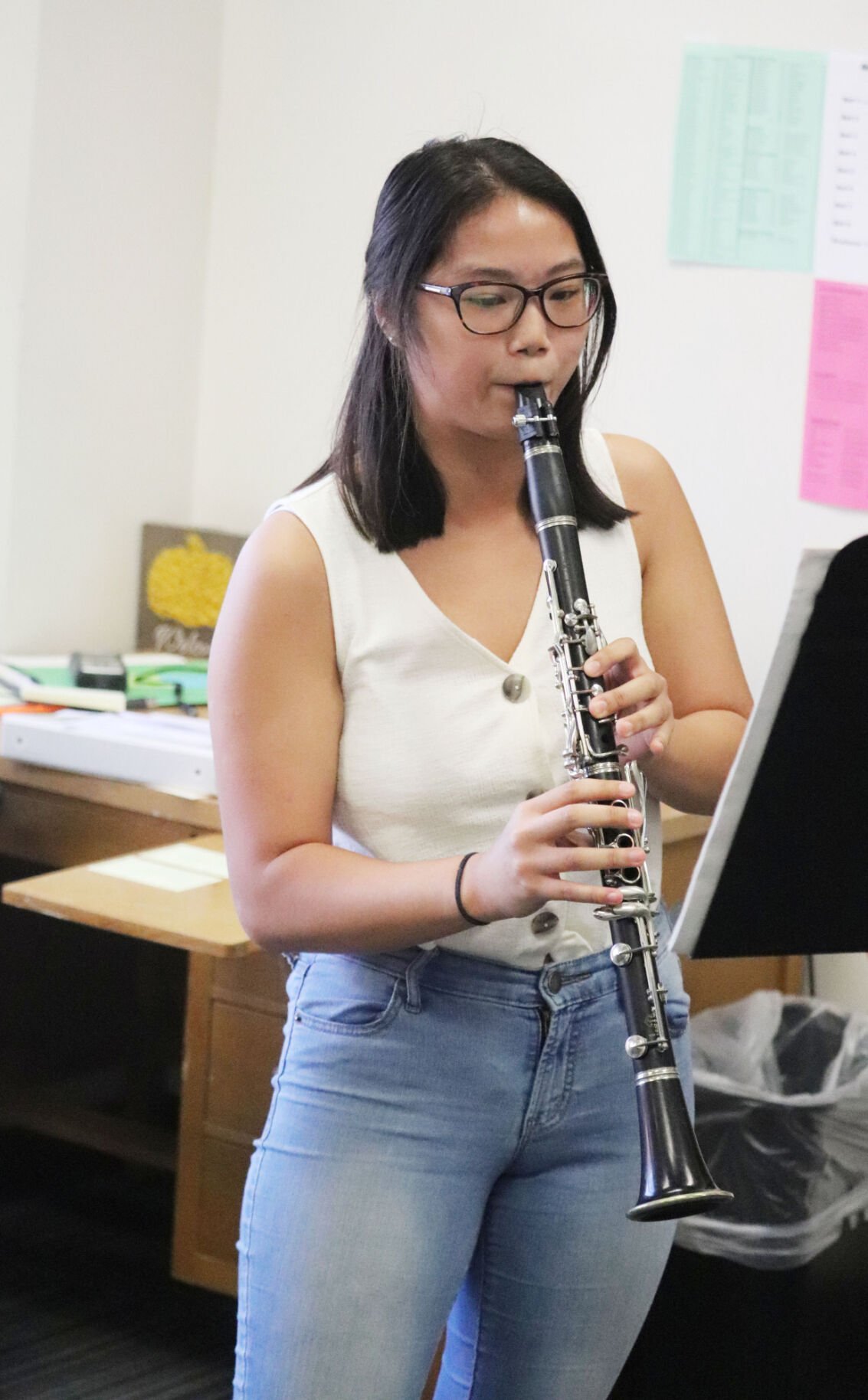 Pictured practicing her clarinet in the Mexico High School chorus room is senior Libby Sheldon, who was recently named to NYSSMA Conference All-State. This is the first time an instrumental student at Mexico has earned this honor since the early 2000s.

Pictured in March during a Music In Our School’s Month concert at Mexico High School is clarinetist Libby Sheldon, who was recently named to NYSSMA Conference All-State. The MACS senior is the first instrumental student at Mexico to earn this honor since the early 2000s.

Pictured practicing her clarinet in the Mexico High School chorus room is senior Libby Sheldon, who was recently named to NYSSMA Conference All-State. This is the first time an instrumental student at Mexico has earned this honor since the early 2000s.

MEXICO — Even in a community renowned for its musical prowess and support for the arts, Libby Sheldon has earned an accolade the Mexico Academy and Central School District hasn’t seen in more than a decade and a half.

Brian Carnes, the director of Mexico High School Bands, applauded Sheldon’s “outstanding achievement” that was earned through hard work and noted her as Mexico’s first instrumental student be selected for All-State since the early 2000s.

“Libby’s accomplishment is an incredible honor for her,” Carnes said. “To anyone that’s worked with her it will come as no surprise. It’s a direct result of when talent intersects with dedication, hard work and singular focus. I have no doubt that this is just the beginning of what will be a long list of musical accomplishments for her in college and beyond.”

Sheldon, who has been playing clarinet for eight-plus years now, says she initially wanted to play the trumpet. However, because her sister already owned a clarinet, she took up the single-reed woodwind instrument instead and now she’s among the top high schoolers in the state.

“I thought I was having an anxiety attack and couldn’t calm down at first,” Sheldon recalled of when she found out she’d earned All-State honors. “I was really happy. It’s a tremendous honor.”

Usually an All-State nod comes with an invitation to the large-scale NYSSMA Conference in Rochester where selected students come together for rehearsals and learn from top teachers for concerts later in the weekend. This year, due to the ongoing COVID-19 pandemic, the organization will likely release a video concert while also doing some of the usual meeting and networking virtually.

Being part of the MACS band programs throughout the years really helped Sheldon form friendships and earn an appreciation for music while also learning to have fun with it, she said. Many Mexico Middle School students enroll in the band program, where Sheldon said she made a big circle of friends to practice and learn with.

The repetition and practice schedule throughout the years has been engrained in Sheldon, and she says it has helped her become better at budgeting time and planning overall.

“It’s definitely shown me a lot of time management and discipline,” said Sheldon. “I’m at the point if I don’t practice, I have to, it’s just part of my routine. I feel like if I didn’t have band and music, I wouldn’t be as strong academically as I am now.”

In her freshman year of high school, Sheldon decided to take up private lessons with area clarinetist Liza Grethel to more intensely focus on playing. Last year, that drive and determination earned Sheldon a spot in Area All-State, and that made her to push even harder to make All-State this year, she said.

The music program at MACS once again in 2020 earned the distinction as one of the Best Communities for Music Education from the NAMM Foundation, an honor bestowed upon just 754 districts around the nation. Sheldon says she can see why the district has earned the award many years running, including every year she’s been in high school.

“I really feel like this district values music and the arts more than other public schools,” said Sheldon. “I think the best part of the program is the teachers, if they weren’t here to give direction and keep us moving forward, it wouldn’t be the same.”

Sheldon is Drum Major for the high school’s marching band and also featured in the Jazz Ensemble, Wind Ensemble, and Symphonic Band. She is a member of a number of honor societies and clubs, and played soccer, basketball, volleyball and lacrosse at different times while at MACS.

She thanked her parents, Craig and Barbara Sheldon, along with her sisters Hannah and Alisha, and boyfriend Brian and her studio teacher, Grethel, for all their support throughout the years.

After graduation, Sheldon said she plans to major in music education at college and has a few schools in mind she will apply for. Someday, she hopes to open a studio and would like to teach music in public schools.