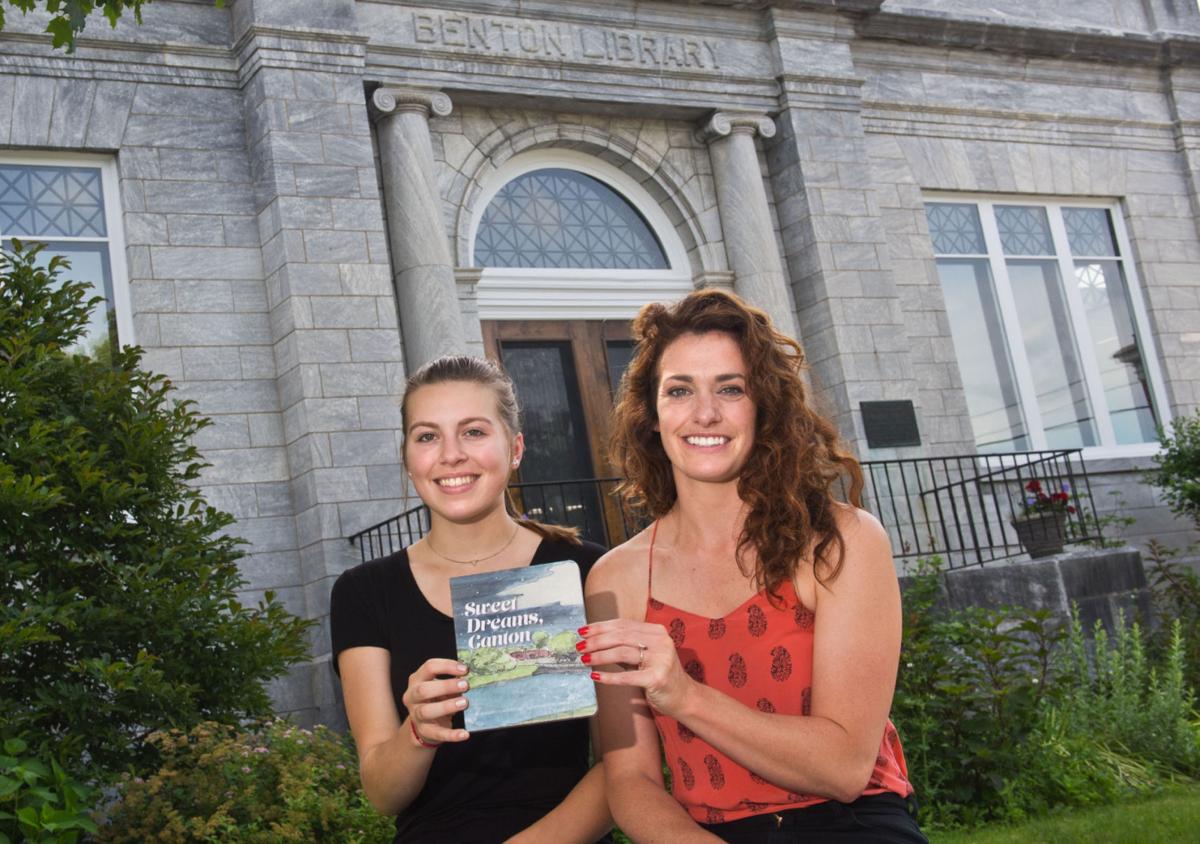 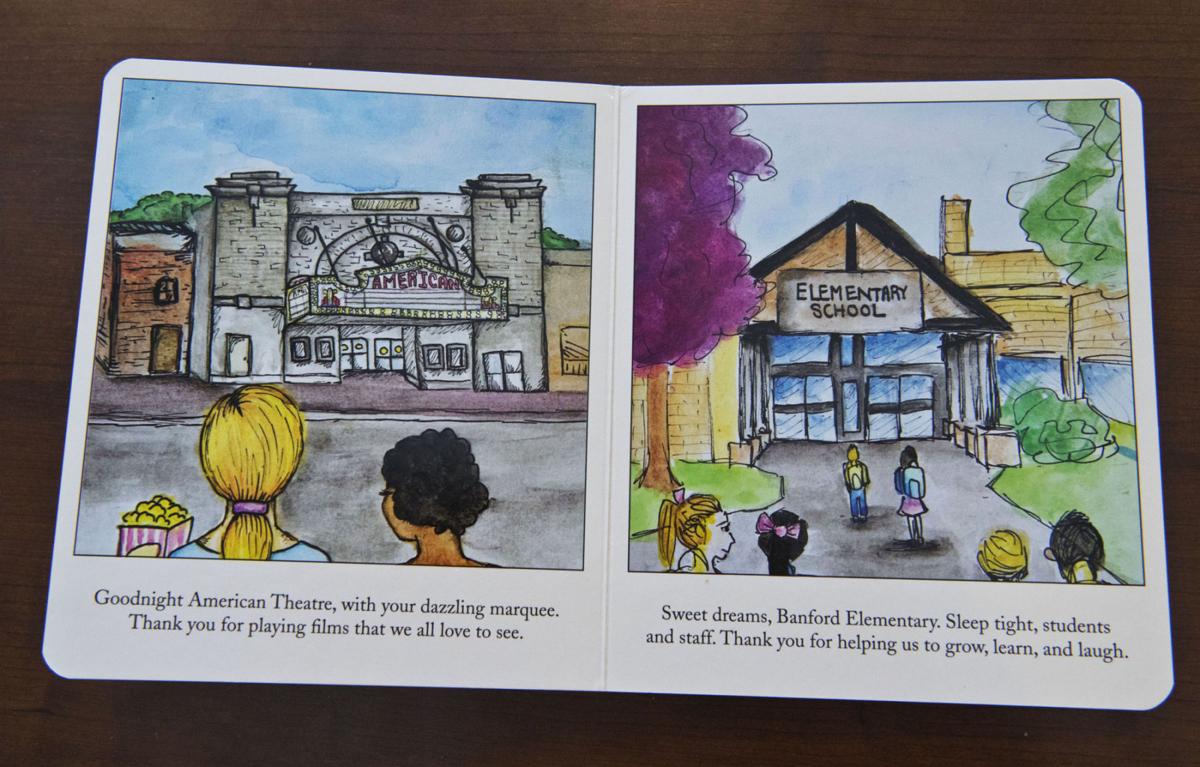 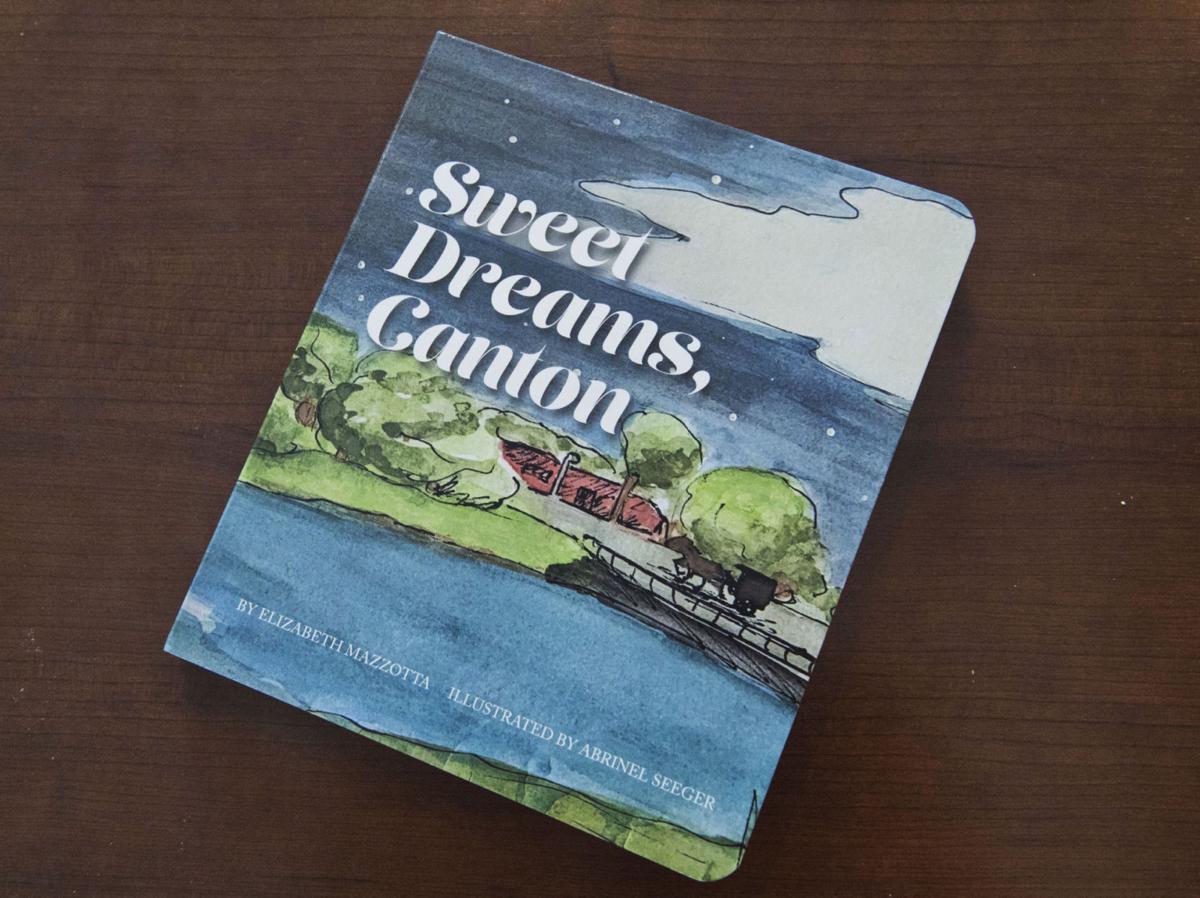 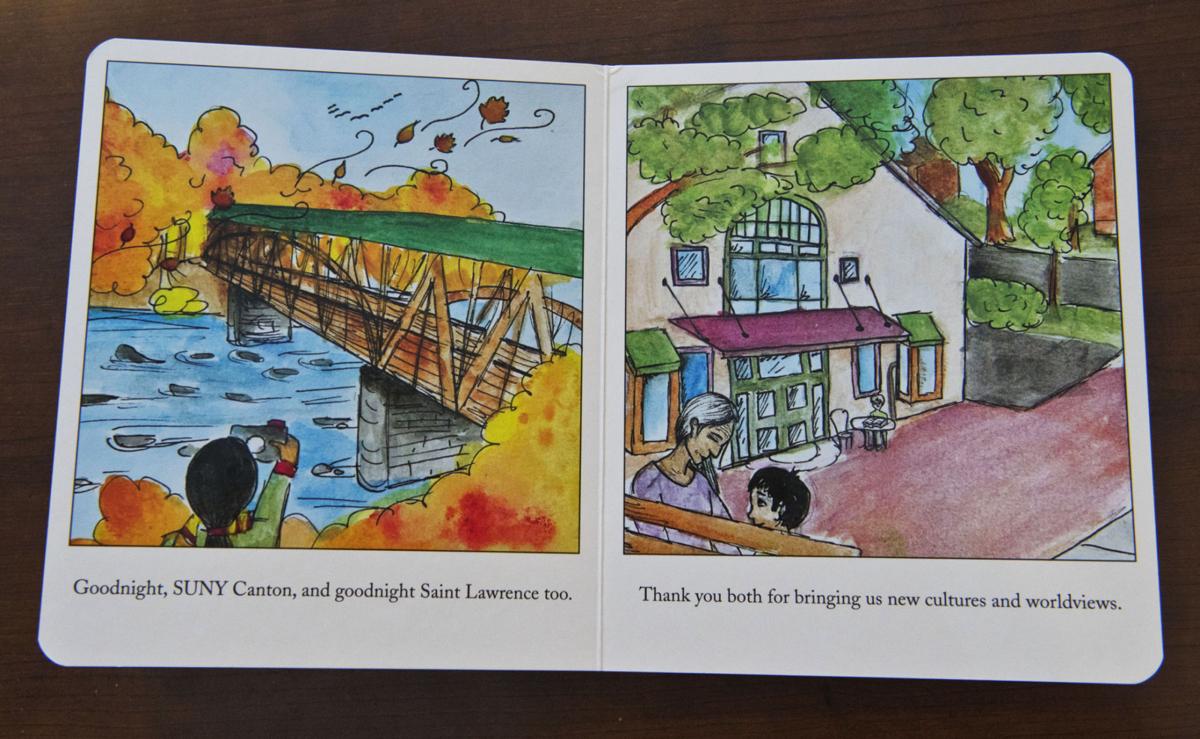 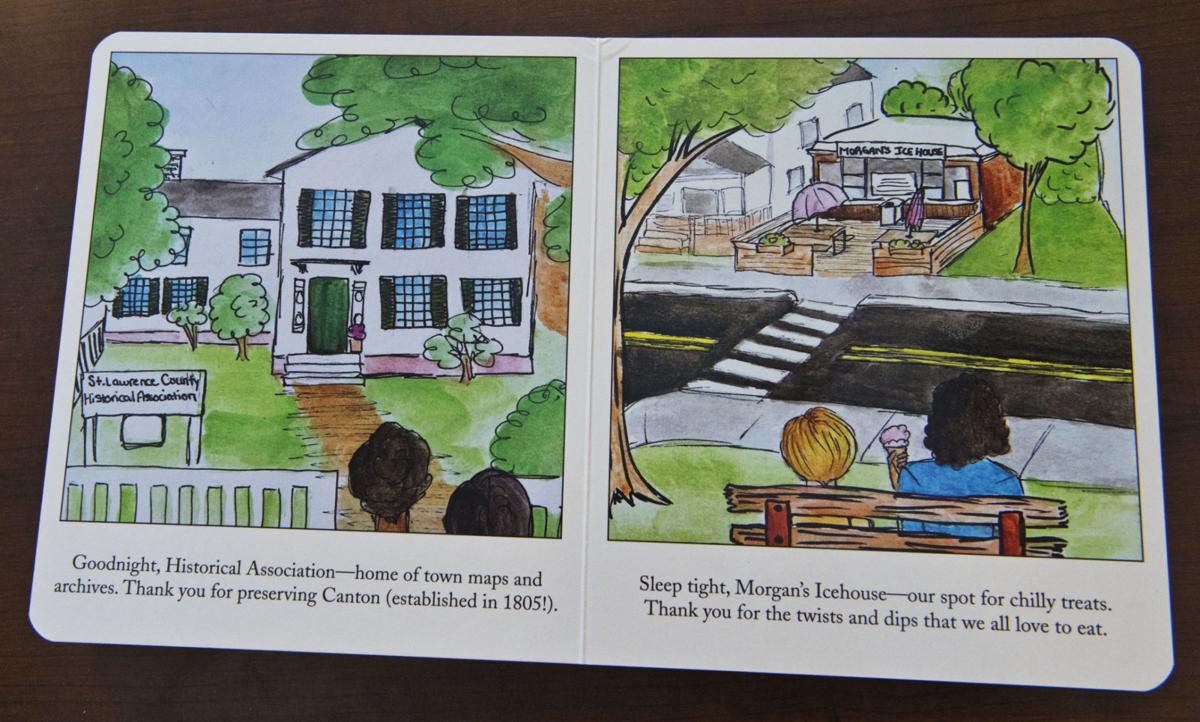 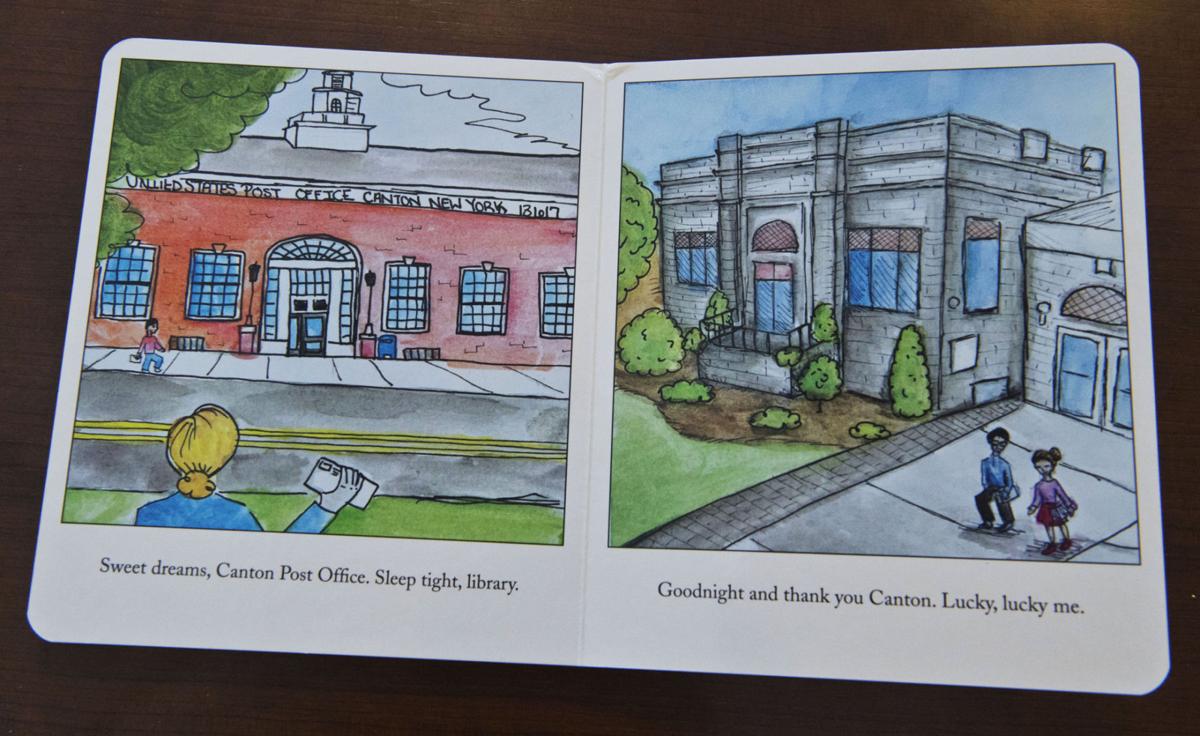 CANTON — Elizabeth C. Johnson loves living in the bustling city of San Francisco, but she also treasures her memories of growing up in small-town Canton.

Her connection to her hometown inspired the 34-year-old to write “Sweet Dreams, Canton,” a bedtime story for young children.

The storybook is expected to be available sometime in September at St. Lawrence University’s Brewer Bookstore, the SUNY Canton bookstore and the Pear Tree gift shop. It will also be sold online at www.sweetdreamscanton.com.

“It was a total learning process for me from start to finish,” Ms. Johnson said. “It really started out with me Googling how to write a kids’ book.”

The story features about a dozen landmarks in this close-knit community such as the village park, Banford Elementary School, Morgan’s ice cream stand, the American Theatre and the Canton Free Library. A rhyming style is used to describe the photos.

Ms. Johnson self-published the book which is dedicated to her two children, Victoria, 2½ and James, 1. “It really came from reading my children bedtime stories about these really fascinating, interesting, far-off places,” she related. “Then I reflected on Canton and how charming and beautiful it is.”

The book is a way for her to honor places in Canton that instilled her with values that she wants to share with her children.

A 2003 graduate of Canton Central School, Ms. Johnson is the daughter of Dr. Sebastian and Anne Mazzotta, Canton. She uses her maiden name for the book cover.

Abrinel Seeger, an 18-year-old June graduate of Canton Central School, created all of the illustrations.

The playful images show places in Canton that resonate with children like the fountain in the village park, Morgan’s ice cream stand and the American Theatre.

“It was a really fun experience,” Miss Seeger said. “Making the pictures made me appreciate Canton more.”

Ms. Johnson said the project took two years to complete. During the process, she learned that publishing a book was more complicated than she expected, but she received a lot of support from family and friends. It will sell for $13.99.

“I reached out to my friends and said what do you remember from Canton? What needs to be in this book?” she said. “it was really cool to write this being far away, reflecting on these places. Every one of the images (in the book) is still here. Morgan’s is still here, the fountain is still there. My kids are seeing the same landmarks.”

Ms. Johnson resides with her husband and children in San Francisco and works as a psychologist in private practice.

Ms. Johnson said her parents became teary-eyed reading the book because it showed their daughter was thankful for being raised in Canton.

The images include the SUNY Canton footbridge on Riverside Drive and the SLU bookstore, partly because Ms. Johnson believes the two local colleges enhance the community by bringing students from diverse backgrounds to the north country.

THE GIST OF IT

n WHEN: Expected to be available in September