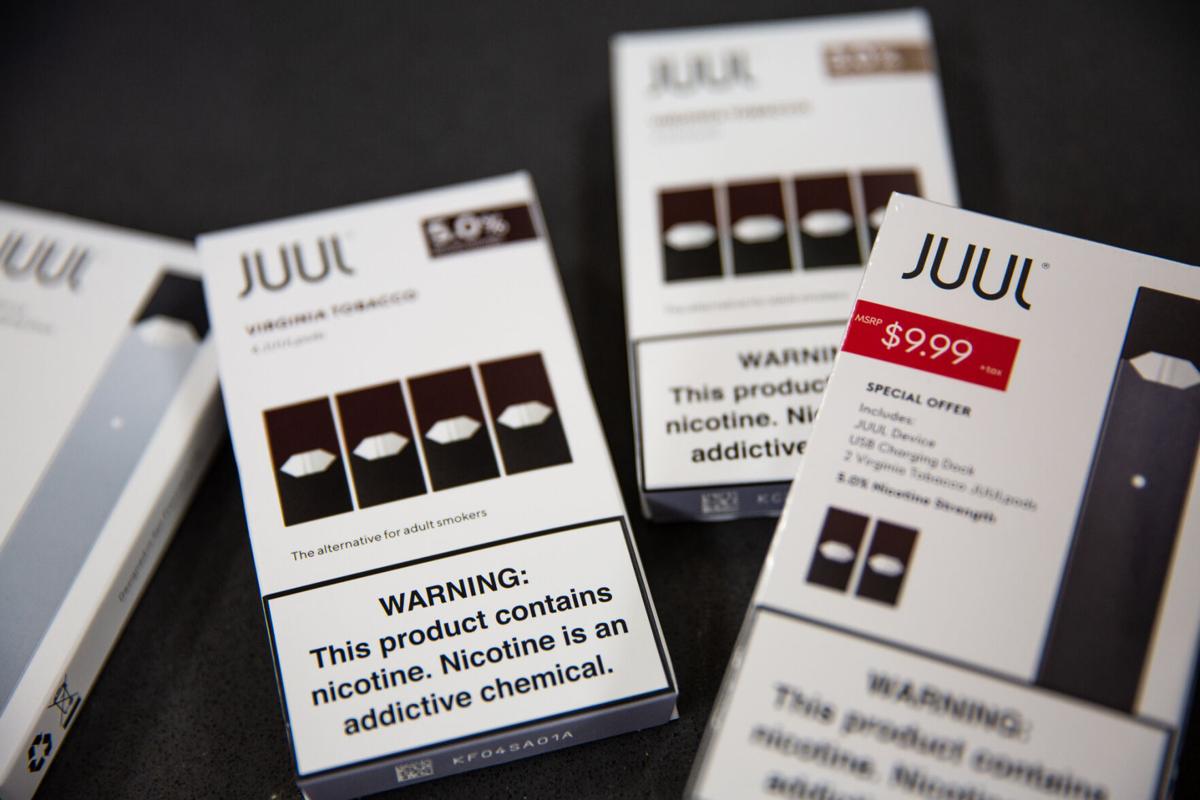 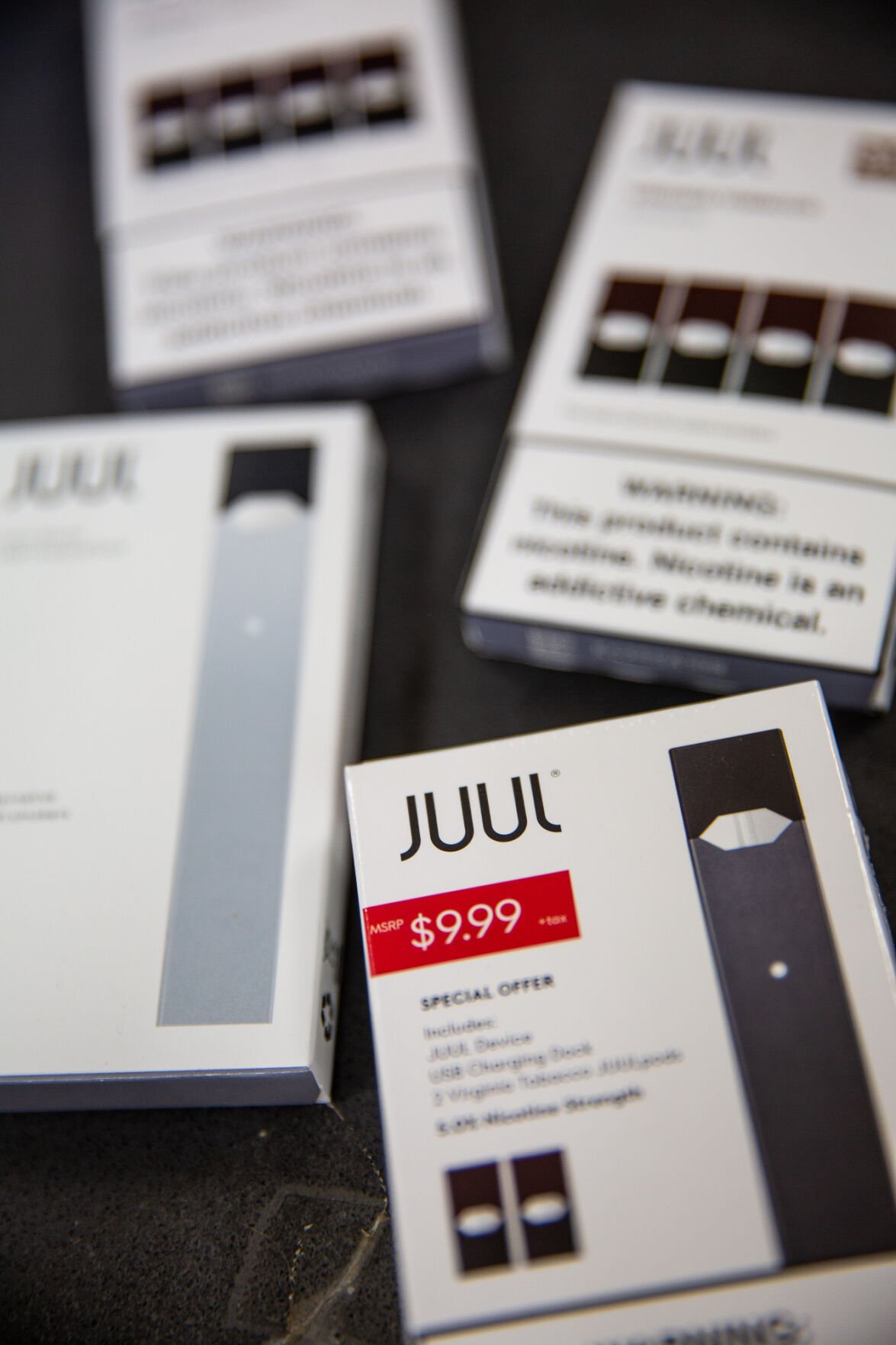 WATERTOWN — School districts across the north country are joining hundreds of districts nationwide in a lawsuit being brought against JUUL Labs, Inc., alleging that the company, the largest seller of e-cigarettes in the United States, fraudulently and intentionally marketed their products to children.

This, in turn, has allegedly led to an increase in e-cigarette use among youths, so districts and associated law firms are looking to hold the company responsible for costs incurred by the various school districts related to the “vaping epidemic,” as opposed to school taxpayers footing the bills or public resources being used to pay for current and future costs.

Those who joined the nationwide lawsuit against JUUL Labs, Inc. and other parties responsible for the production, marketing, sale and distribution of e-cigarettes and vaping devices hope to discourage the proliferation of e-cigarettes, end the marketing of e-cigarettes to children, and seek compensation for harm caused to the districts due to e-cigarette use. To do so, school boards appointed the law firms of Ferrara Fiorenza PC, and the Frantz Law Group, APLC.

For the north country, dozens of schools have already signed on, including Watertown, South Jefferson, Beaver River, Ogdensburg, Carthage and Sackets Harbor, and more are still considering joining and will make a final decision shortly.

According to Jeff M. Lewis of the law firm Ferrara & Fiorenza, which reached out to north country schools to gauge interest in being involved with the lawsuit and will be working with co-counsel, the Frantz Law Group, in moving forward with the lawsuit, current costs incurred by school districts range but can include things like resources toward student discipline and providing information to students regarding the negative impacts of vaping. Future costs are sometimes difficult to ascertain, but could include the installation of vape detectors in bathrooms or adhering to other unfunded mandates related to vaping.

“We represent a large number of school districts in New York so we try to stay abreast of any litigation that could potentially help our school clients,” Mr. Lewis said of Ferrara & Fiorenza. “We learned about the lawsuit, consulted with Frantz Law group and gained more details, and it seemed like an action that could really benefit our clients, especially in New York where the epidemic has really harmed the majority, if not all, of our clients. We thought it was an opportunity to try to get reimbursement for those costs.”

The lawsuit, case number 19-md-02913-WHO, was commenced in the Northern District of California Federal District Court by the Frantz Law group as a mass tort lawsuit. As Mr. Lewis explained it, a mass tort can be brought on behalf of similarly situated plaintiffs and the damages are calculated individually, so there can be multiple plaintiffs that have differing amounts of damages in a mass tort action. Class action lawsuits, which are what most people are familiar with, evenly apply a settlement amount or verdict amount amongst the entire class equally.

According to Mr. Lewis, the timeline on these types of cases can be uncertain in normal times, and in COVID-19 times even more uncertain with court delays and other things that would impact scheduling, but he said he sees the lawsuit as an opportunity for school districts to recover costs from responsible parties.

According to the resolution authorizing the commencement of e-cigarettes and vaping litigation for the districts, the use and abuse of e-cigarettes and vaping devices has increased dramatically among high school and middle school students in recent years, leading to significant risks of addiction, potentially life-threatening respiratory ailments, and other health consequences.

In the resolution from the Indian River Central School District, the use of e-cigarettes and vaping devices by students has caused the district to incur costs in the form of staff time, disciplinary proceedings and other costs, with the expectation that these costs will only increase unless and until student use of these devices decreases. This resolution has been echoed across the north country and nation with various school districts giving similar statements.

According to Ogdensburg City School District Superintendent Kevin K. Kendall, the district is proud to join more than 400 other school districts across the country that have filed lawsuits, taking a stand against JUUL’s promotion of dangerous and addictive products.

“The National Institute on Drug Abuse found that the number of youth e-cigarette users increased by 1.5 million between 2017 and 2018,” he said in a statement. “It is believed that JUUL’s aggressive, strategic marketing and product designs led to an addiction crisis among youth consumers. After reviewing such overwhelming evidence, and considering the negative effects that youth nicotine addiction has on the educational and learning environment, we felt ethically obligated to join this nationwide movement to hold JUUL and other vaping manufacturers and distributors accountable for its role in contributing to this epidemic.”

Districts interested in joining the lawsuit were given until September to decide, at which point the law firms will move forward.

According to Watertown City School District Superintendent Patricia B. LaBarr, it’s conceivable that New York state could be required to install vape detectors in the future. Right now it’s optional, but with this money, if it’s awarded, districts could install them if they wished or hire additional staff to supervise potential vaping areas on campus or additional counselors to deal with well-documented social and emotional issues associated with nicotine addiction. She also noted that districts could take some of that money to develop and operate educational programs on the harms of vaping, which she would be interested in doing.

While the district did not have many disciplinary problems during the pandemic when students were broken up in a hybrid model, Mrs. LaBarr does not know what will happen once the district has students return fully in person.

Ferrara & Fiorenza reviewed the lawsuit and notified districts that there are no financial risks to participate; It’s being handled based on a contingency fee basis which means schools are not responsible for paying any fees or costs associated with the lawsuit unless they receive some monetary compensation. If that’s the case, if they do win this lawsuit, districts will probably be awarded after the fees are paid to people who are working on this lawsuit.

“I think through advertising, JUUL Labs misled children to believe that their product was not harmful, when in fact, e-cigarettes contain 10 times the amount of nicotine that a traditional cigarette has,” Mrs. LaBarr said. “I don’t think we have an epidemic here (in Watertown), but at the same time, if we can stop JUUL from what they’re doing, making this enticing to kids and sending kids the wrong message that it’s safe, to me that’s the big draw right there.”