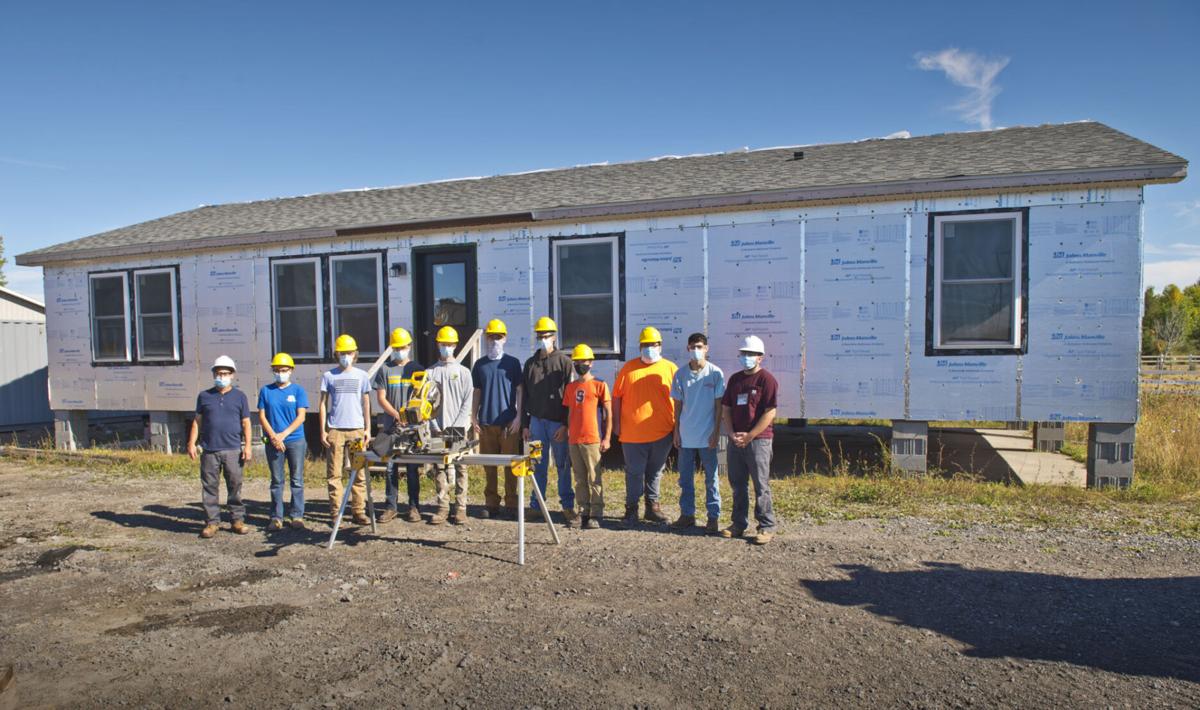 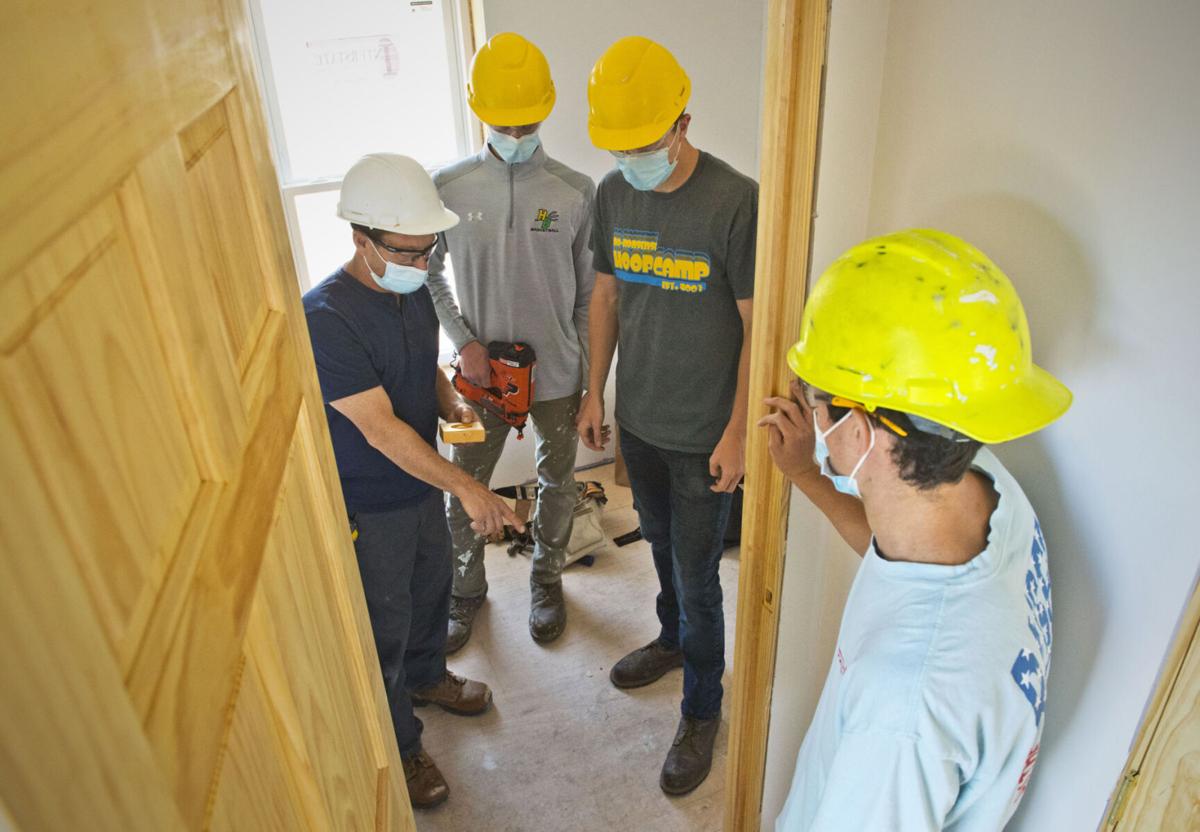 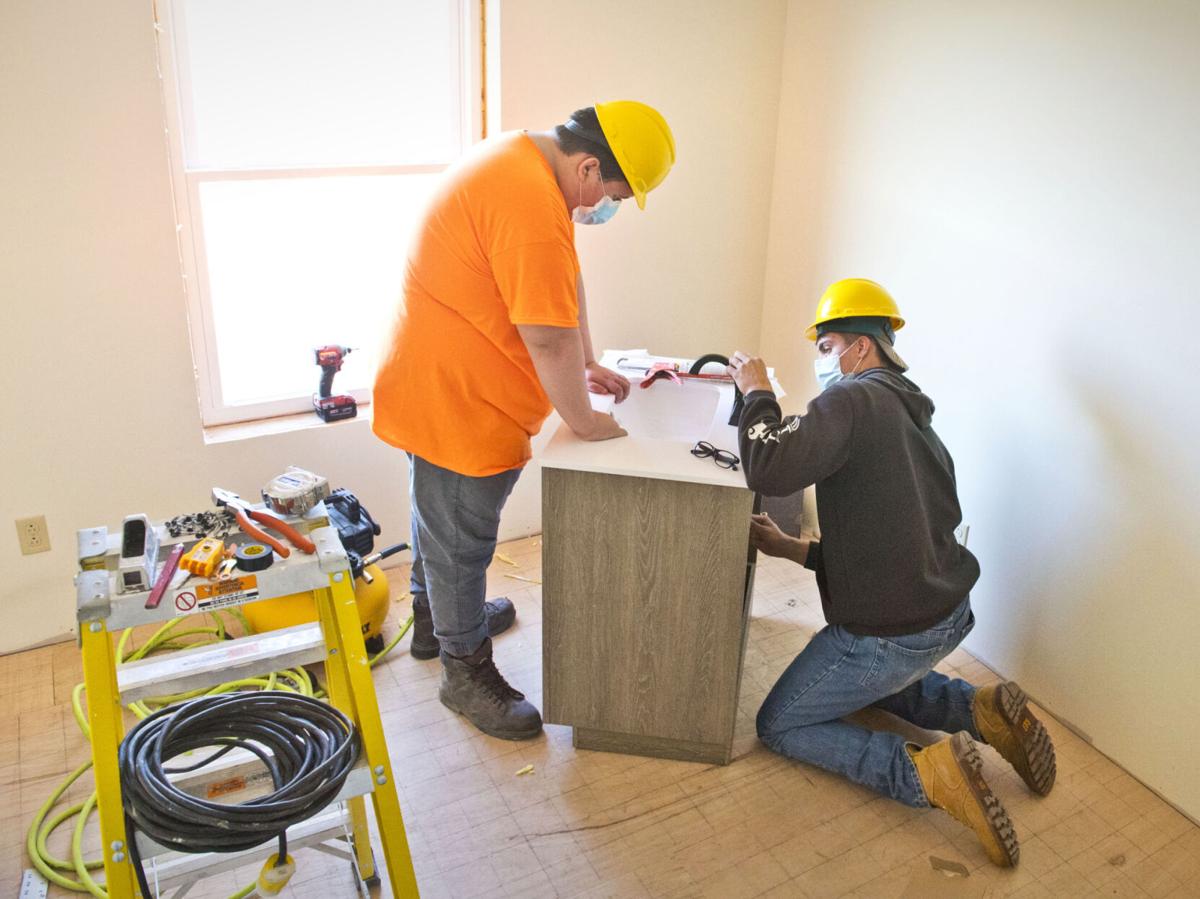 Northwest Tech students set up a bathroom sink, September 16, before installing it in the house they are building. Christopher Lenney/The Journal 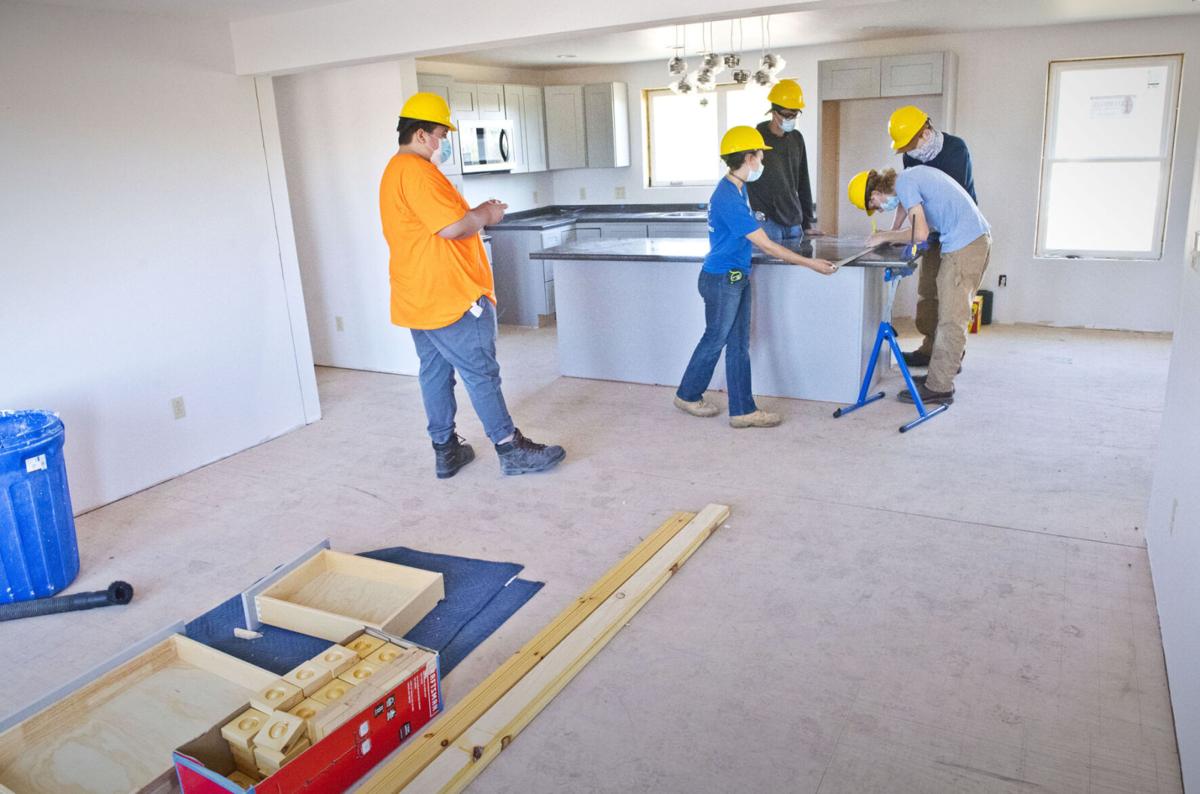 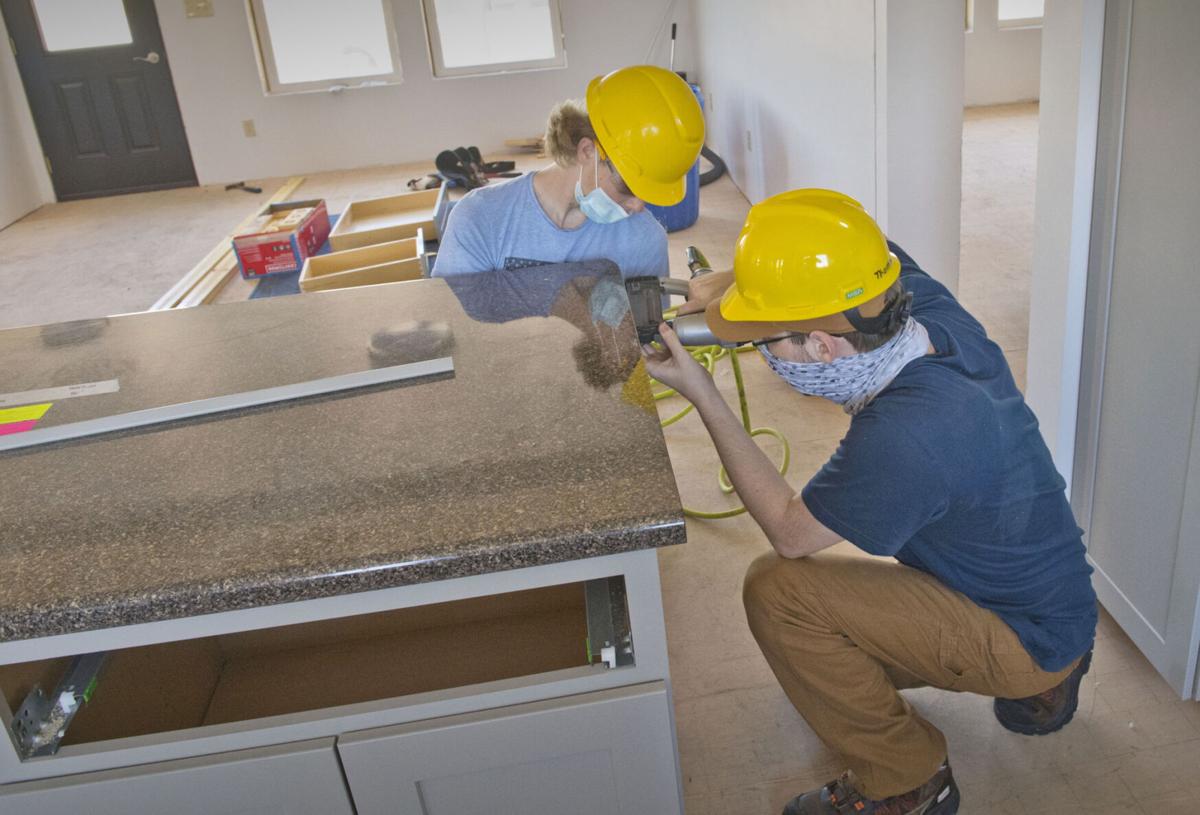 Northwest Tech students set up a bathroom sink, September 16, before installing it in the house they are building. Christopher Lenney/The Journal

OGDENSBURG — This fall, two homes built by St. Lawrence-Lewis BOCES students and purchased by the Ogdensburg Land Bank Corp., will be placed on vacant lots in the City of Ogdensburg.

The homes were built as part of Building Trades classes offered at St. Lawrence-Lewis BOCES. One home was built at Northwest Tech, Ogdensburg, and the other was built at Southwest Tech, Gouverneur, according to Andrea L. Smith, executive director of the Ogdensburg Land Bank Corp.

Both vacant lots that will soon have homes on them are owned by the land bank. Smith said that the unit built at Northwest Tech, designed by Brooks Washburn, will be placed on 520 Barre St. The other home was purchased through the bidding process last spring at Southwest Tech and will be placed on the lot at 902 Ogden St.

The land bank accepted a proposal from Harvey Excavation and Construction Co., Chase Mills, for the necessary site work for both BOCES homes, according to Smith, who added once completed will be available to purchase.

“The Ogdensburg Land Bank is excited to work with BOCES to breathe life back into Ogdensburg’s vacant lots and continue revitalization efforts throughout the city,” said Smith. “New construction projects like this provide quality housing options at an affordable price helping stabilize property values. The partnership with BOCES Building Trades program designed to encourages young people to consider the trades as a viable profession was truly a win-win opportunity and we are happy to showcases their work locally.”

Thomas R. Burns, superintendent of St. Lawrence-Lewis BOCES, said that Building Trades students have been building homes for many years and were “pleased when the Ogdensburg Land Bank reached out to us for this partnership.”

“The students always take great pride in constructing the homes and seeing them go out into the communities to various owners. In this case, that pride is even more evident in playing a part in economic renewal in Ogdensburg,” said Burns.

Phil Cosmo, chairman of the land bank, said that they have been talking about working with other entities that could assist them with the building of homes. BOCES and their Building Trades program was one of them.

“Everybody was on board. Everybody liked the idea. We entered into a contract with them last summer. We would basically provide all of the materials for the 20-21 house that they build. The students, under Greg Sloan’s instruction, would build it. We would own it,” said Cosmo. “We went out and saw the house in various stages and they did a great job.”

Cosmo said that the costs would be too high to “stick build” a new home, but this worked out well for both the land bank and the Building Trades program.

“Its been a great relationship. Like I say, I hope we can continue doing it,” said Cosmo. He said the land bank was so pleased with the project that they bid on a home built at Southwest Tech and they were able to get that as well.

Building Trades students at Northwest Tech are currently putting the final touches to the 1,568 square foot home, which is currently behind the tech center on blocks. It has three bedrooms, two bathrooms, kitchen, living room, utility and laundry rooms.

Northwest Tech Principal Stephen Putman said that the home has an open concept, which was different than models in the past.

“This design is an updated design to make it an open concept house. It was designed by Brooks Washburn and we have four variations we can use in the future,” said Putman, “The open concept is what people want so we are keeping up with housing demands.”

Putman spoke highly of Building Trades instructor Greg Sloan who he says is detail oriented and gives the students the training necessary to be productive and professional in the future when they are finished at BOCES.

“Greg is very detail oriented and I think that’s good for our students because attention to detail separates a good job from a great job,” said Putman, adding “we know we are sending out workers who will be professional. They are going to hopefully move up the ladder quickly and be considered good workers.”

Sloan said that he has overseen all the facets of the project. The house project began in 2020, and was slowed by COVID-19, when many of the students were juniors. The now seniors who are working on the home today will be able to see the finished product leave the tech center and be placed on the city lot.

“These kids are definitely proud of what they’ve done,” said Sloan.

“These students are all local to the area. For them to be creating a product from the ground up, to be able to work with the land bank, for the community to observe the product that 16 and 17-year old students are creating at Northwest Tech, is outstanding,” said Putman.

The addition of the homes on vacant lots are just one part of Ogdensburg Land Bank’s plan for 2021. The mission of the Ogdensburg Land Bank is to facilitate the return of vacant, abandoned, underutilized, and tax delinquent properties in the City of Ogdensburg to productive tax-paying use to stabilize neighborhoods, improve the quality of life, and strengthen the local economy.

These projects will be paid for by $1.13 million in funding provided by Enterprise Community Partners Community Revitalization Initiative (CRI).