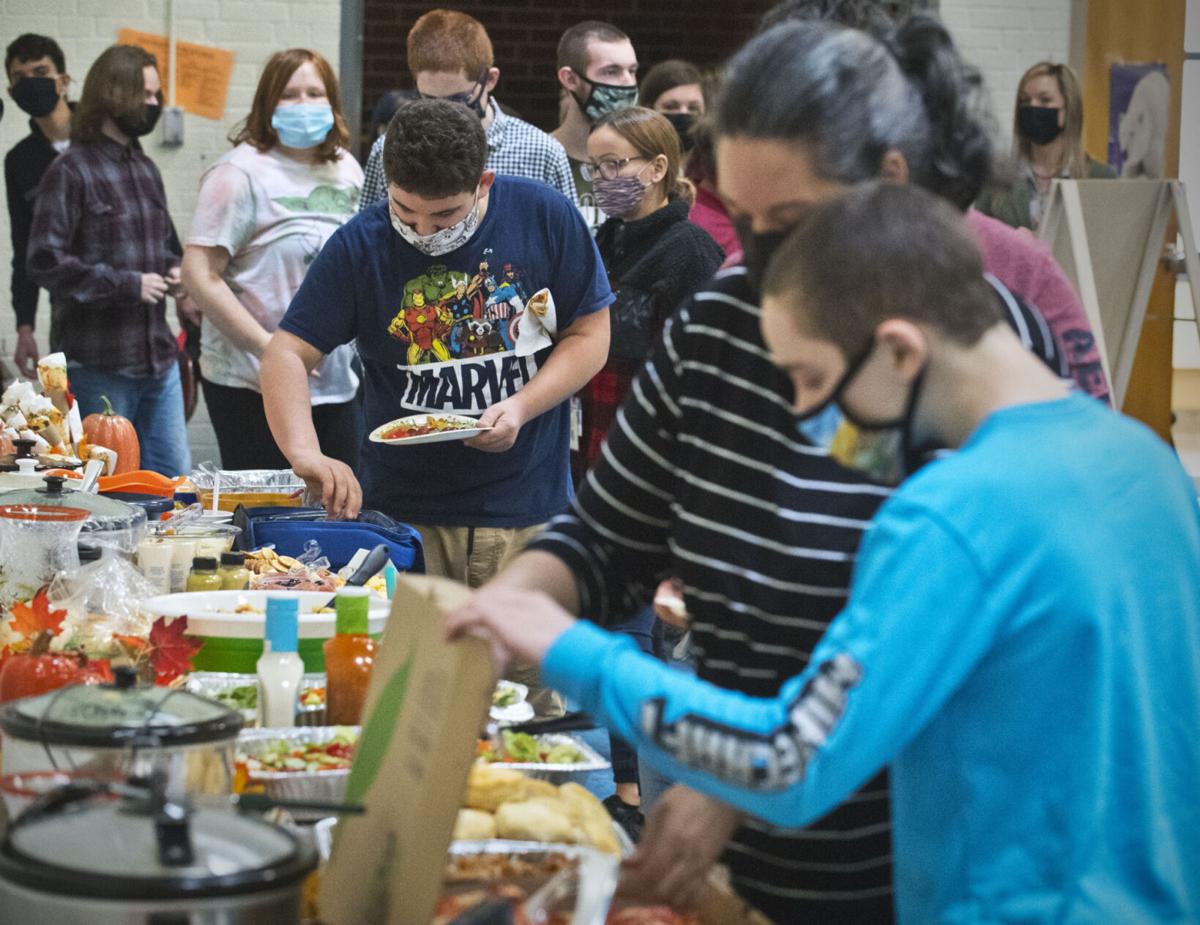 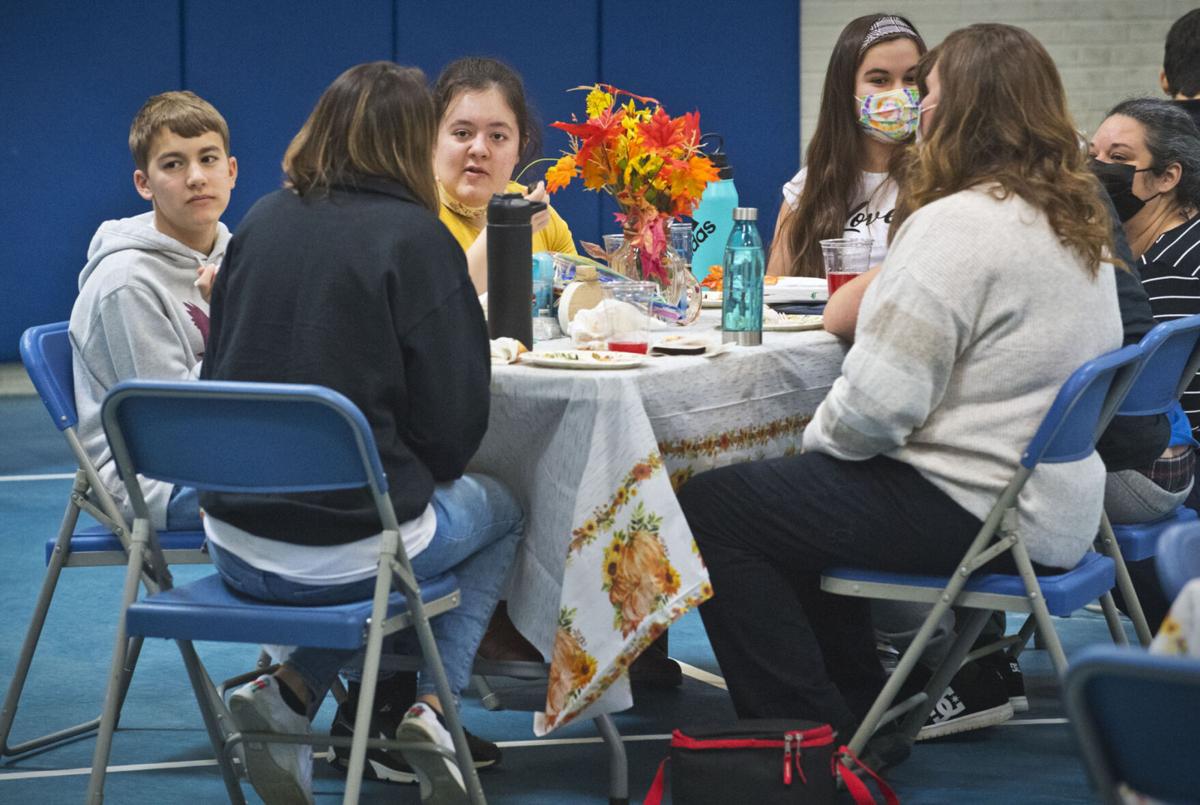 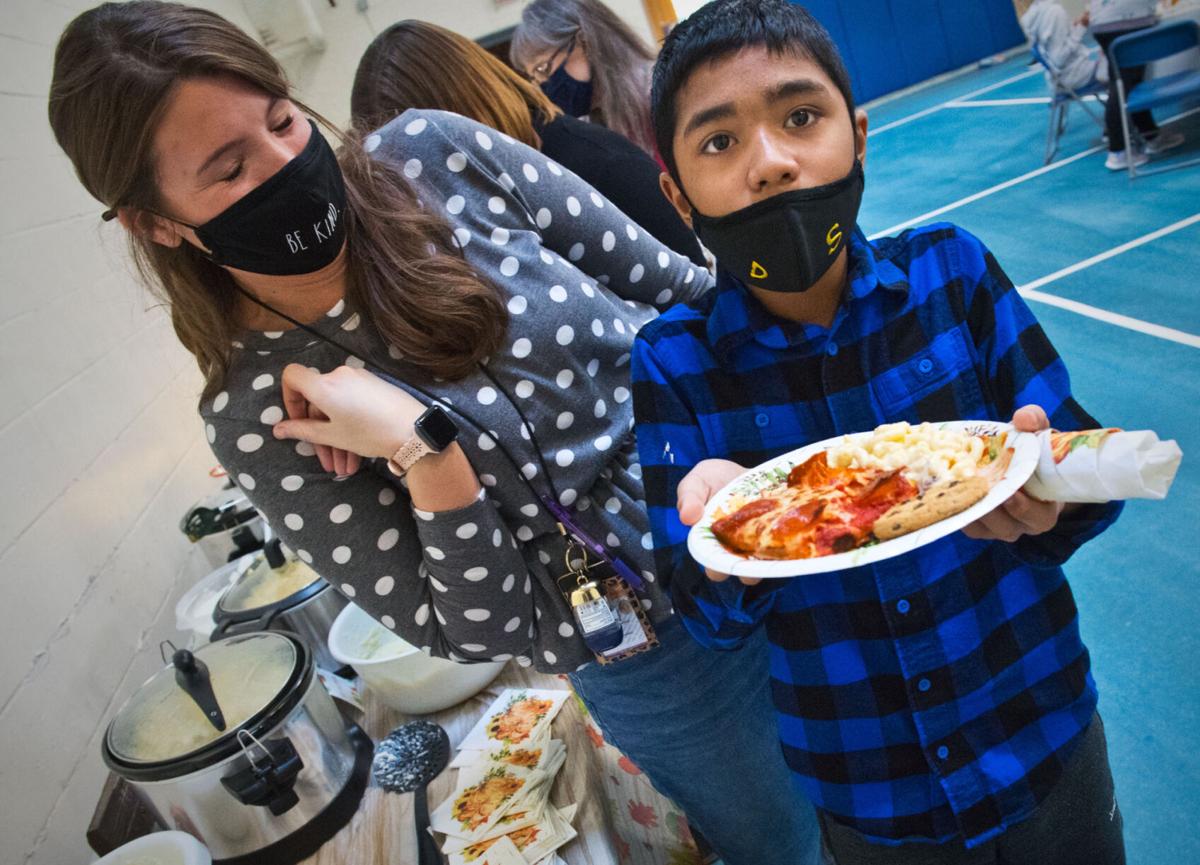 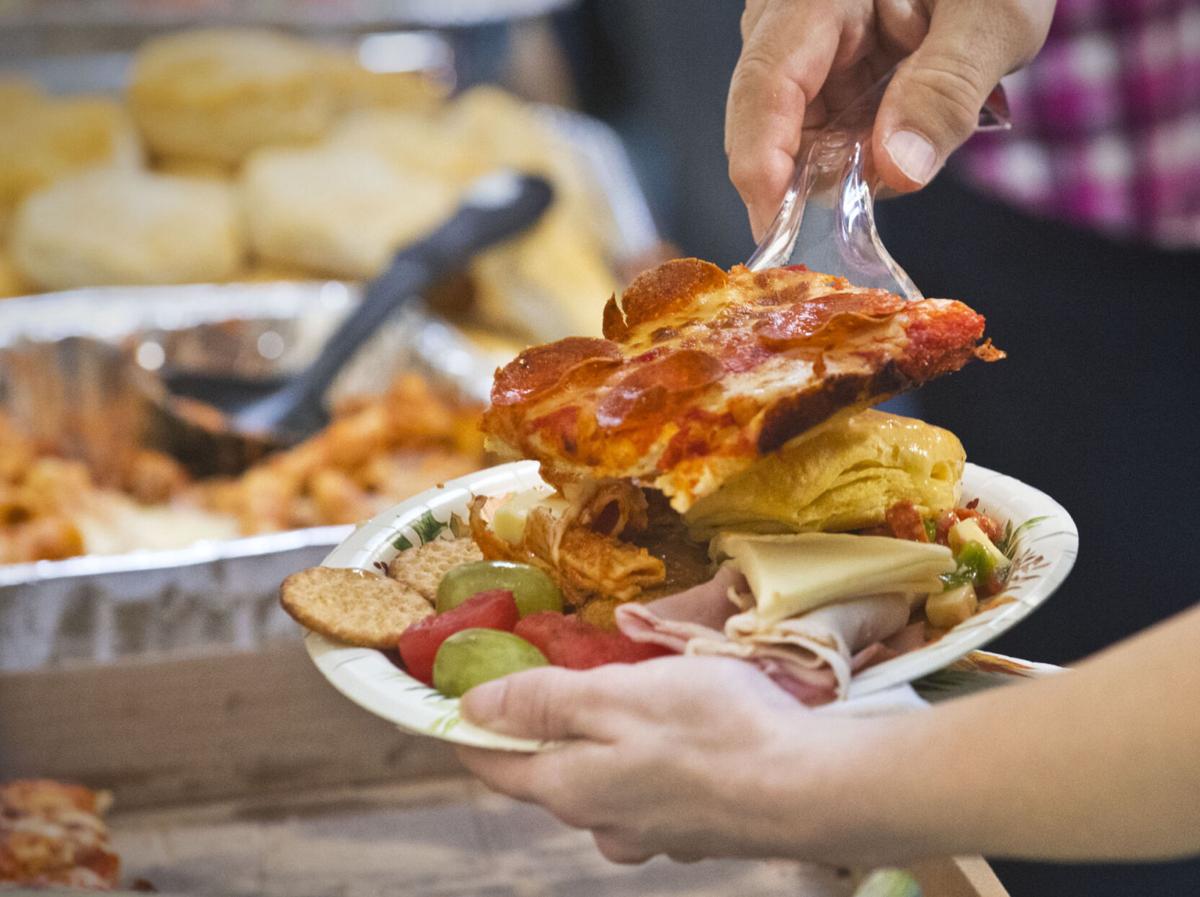 A plate is loaded up with food Friday at the BOCES special-education Thanksgiving buffet. Christopher Lenney/Watertown Daily Times 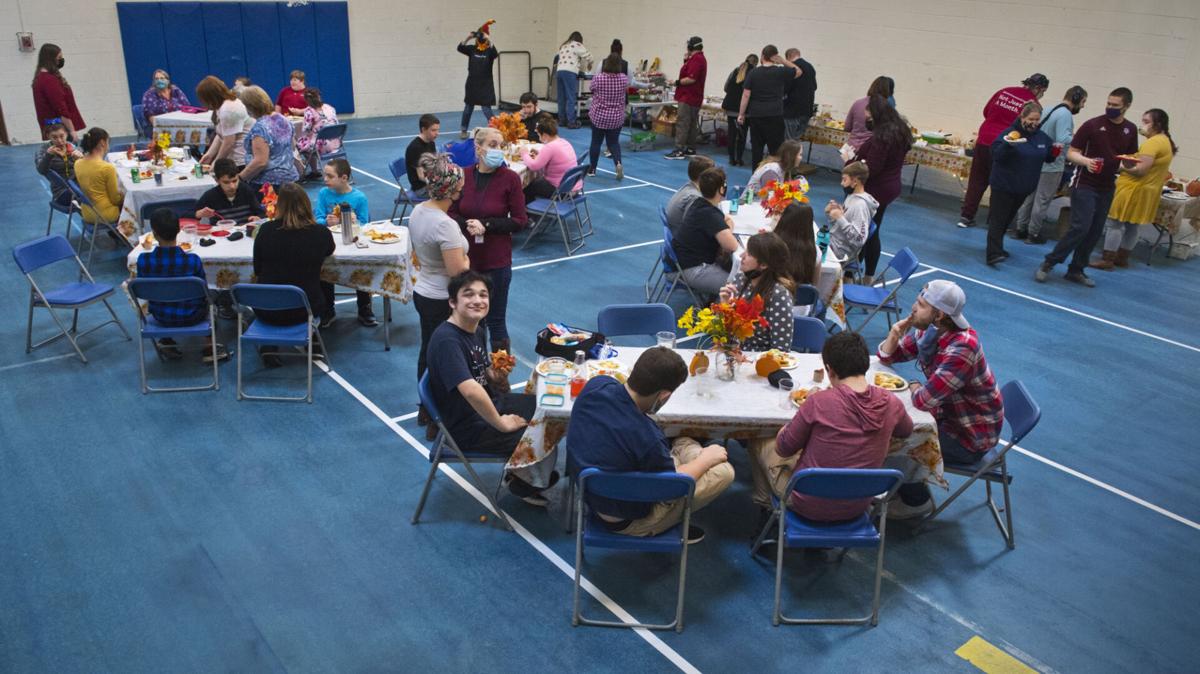 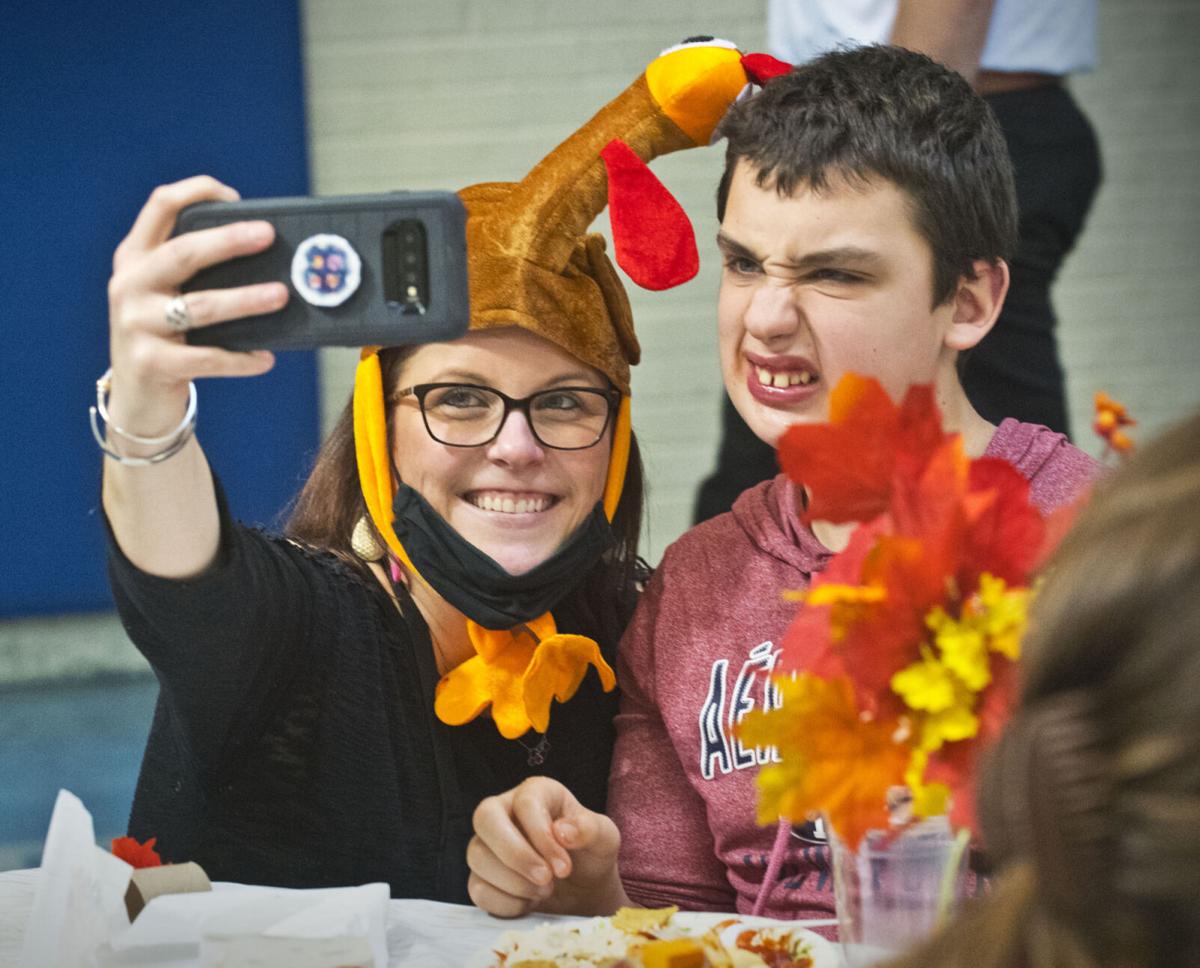 A plate is loaded up with food Friday at the BOCES special-education Thanksgiving buffet. Christopher Lenney/Watertown Daily Times

POTSDAM — On Friday, the Potsdam High School special-education BOCES students held a “Friendsgiving” luncheon in the gymnasium, complete with a long buffet of food and beverages they helped prepare themselves.

“The students planned this Friendsgiving over the last couple of weeks. They made the menu, went grocery shopping, and helped with the cooking,” said Emilyann McGregor, BOCES special-education principal.

“Friendsgiving,” which has become more common in recent years, is when a traditional Thanksgiving meal is shared between friends, rather than family.

Ms. McGregor said that Potsdam has several BOCES classrooms working on functional life skills so that the students can be more independent post-secondary education. These programs include going out and working in the community doing tasks such as stocking shelves, taking cooking classes and volunteering.

“They work on this all year, so this luncheon is a way for them to have a culminating project,” she said.

Ms. McGregor said the students — there are nearly 50 — are part of either the Applied Behavioral Analysis or the Life Skills classrooms.

In the gymnasium, Thanksgiving decorations and festive tablecloths set the scene.

The buffet table had something for everyone. While there was some traditional Thanksgiving fare, including mashed potatoes, stuffing and pumpkin pie, the students opted to make many other kinds of food ranging from pistachio salad to kielbasa and even Reuben dip.

“The kids went to Price Chopper in Potsdam to buy all of the ingredients, and then they were split into groups to make all the food, so they’re working on life skills such as kitchen safety, food prep and table manners like how to use silverware,” said Kady Hart, special-education teacher at Potsdam.

Courtney Peggs, an occupational therapist at Potsdam, said the luncheon is designed “to highlight what our students can do outside of academics.”

One student, Brenna Carrier, said she helped make the pasta salad and that her favorite part of Friendsgiving was eating with all her friends.

Kurin Stark said she helped make the buffalo-chicken dip, but that the peanut-butter pie was her favorite part of the meal.

Ms. McGregor said this is the first year the students have done this.